OPINION: Couples once used the prenuptial event to set themselves up for married life. Now the Ontario custom seems more about financing a dream wedding, writes Mark Crawford
By Mark Crawford - Published on Aug 29, 2018
The stag and doe has become a necessary line in the wedding budget for small-town Ontarians. (iStock.com/bcerasani)

In keeping with southwestern Ontario tradition, my brother Reed and his wife, Jane, held a stag and doe before their wedding, in 2004. As a groomsman, I helped: I went on the shopping trip to the LCBO, made the Jell-O shooters, and worked my shift taking tickets at the door.

Just a few weeks out of theatre school at the time, I had no way of knowing that the seed of an idea was being planted. Ten years later, I wrote my first play, Stag and Doe. It’s a comedy about love, marriage, and wedding shenanigans, and it all takes place in the kitchen of a small-town community hall. While not based on true events, it was inspired by my upbringing on a farm near Glencoe, and it celebrates a weird, wonderful prenuptial tradition. The play also examines the pressure to have — and to pay for — the contemporary dream wedding, a pressure that is subtly shifting the purpose of the stag and doe.

For anyone unfamiliar with the term, a stag and doe is a party that occurs a few months or weeks before the wedding day. An entire community comes together to celebrate a couple and help them start a life together — and to provide them with a few extra dollars.

Although the stag and doe used to provide a boost for couples poised to begin their married life, today it’s not unusual for all of the proceeds to go toward the cost of the wedding itself. With the rise of a multimillion-dollar wedding industry and the unrealistic expectations set by wedding shows on TV, the stag and doe has become a necessary line in the wedding budget for small-town Ontarians.

My play posed the question: How else is a working-class bride-to-be going to pay for a $6,000 dress?

Most popular in rural communities, stag and does are usually hosted by the wedding party and held in a rented hall. Guests buy tickets or pay a cover at the door; they play games of chance; they hope to win the door prize or the 50/50 draw; they buy drinks from the cash bar; and they boogie on the dance floor, building up an appetite for a late-night spread of sandwiches and Timbits.

All are welcome; you don’t have to be invited to the wedding to go to the stag and doe. Heck, you don’t even have to know the couple getting married. If you pay your 10 bucks to get in, they’ll likely be glad to have you. As nightclubs — or even bars that stay open past 10 p.m. — can be few and far between in small-town Ontario, a stag and doe can provide some much-needed nightlife on a Saturday night.

These parties go by different names in other regions — “buck and doe,” for example, or “Jack and Jill.” In Thunder Bay, the event is referred to as a “shag.” I’ve been told that if the affianced are a lesbian couple, the event is called a “dosey doe,” which is just about the most delightful thing I’ve ever heard.

No one really knows the origins of the tradition, but one thing is clear: it’s a quintessentially Ontario thing. Wedding showers, stagettes, and bachelor parties happen everywhere, but a stag and doe is unique to this province — and to a limited extent, its close neighbours. The tradition also exists in Manitoba, where it’s called a “social.” And people hold pre-wedding shindigs in U.S. states around the Great Lakes, but these events differ from a classic Ontario stag and doe.

Even in Ontario, the stag and doe can be a foreign concept to people who didn’t grow up in small towns and cities. When I tried to explain the idea to a Toronto friend, she said, “So, wait — it’s like crowdsourcing for your wedding?” Yes, pretty much.

What is it about rural Ontario that gave rise to the stag and doe? A sense of community? A desire to come together to help couples start their married life? Or an unspoken desire to keep up with the Joneses and pay for the perfect day by any means necessary?

Perhaps we Ontarians are just a big bunch of romantics who have created something unique — a gathering that celebrates coupledom, marriage, and love. That could be something nice to think about when you’re three sheets to the wind and lose the 50/50.

Mark Crawford is an actor and playwright who lives in Stratford. His new play, The New Canadian Curling Club, premiered at the Blyth Festival this summer, and his comedy Bed and Breakfast is playing at the Soulpepper Theatre Company in Toronto until September 8.

Mark Crawford is an actor and playwright who lives in Stratford.

Southwestern
Roadside-attraction showdown: Chesley’s Big Bruce
This big bull represents the region’s history of farming livestock — and stands as a tribute to the legacy of one man.
Nathaniel Basen 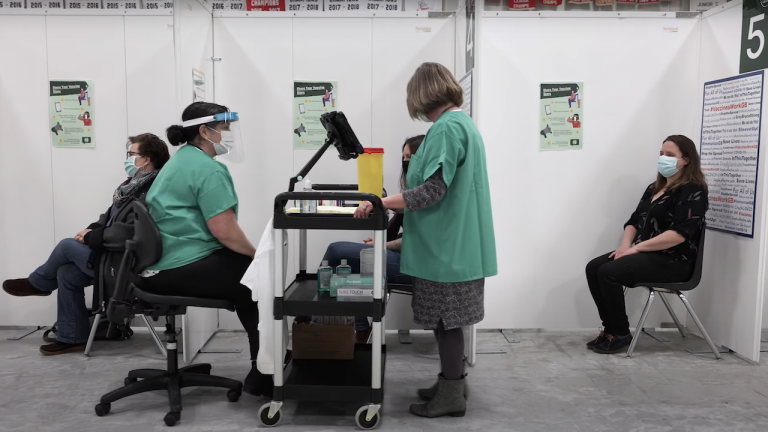