The resurgence of powwows in Ontario

Powwows were once banned throughout the country, but the traditional celebrations of Indigenous cultures have made a comeback in recent years
By Charnel Anderson - Published on Jul 06, 2020
Customs vary across the province, but powwows reliably feature drumming, dancers, crafts, and traditional food. (Francis Vachon/CP))

In 1876, the federal government introduced the Indian Act partly to put an end to Indigenous cultural ceremonies. Under the so-called potlatch ban, anyone found guilty of engaging or assisting in dances or festivals could face six months in jail.

Over time, the government made amendments to the Indian Act, but it wasn’t until 1951 that the ban on cultural ceremonies was removed. And today, the powwow — a large gathering that features traditional drumming and dancing — is thriving across Ontario.

Powwows are now held in many communities, large and small, creating an informal circuit: events are staggered throughout the summer, allowing people to travel from one to another throughout the province.

In essence, the powwow is a celebration of Indigenous cultures: although customs and traditions vary across the province — and across North America — the events reliably feature drumming, dancers, crafts such as moccasins and beadwork, and traditional food.

“It’s a time for people to get together and just pretty much catch up with each other after a long winter,” says Dale Matasawagon, the powwow coordinator for the Summer Solstice Indigenous Festival in Ottawa. “We celebrate. There’s lots of drumming and dancing going on.”

The powwow — a term probably derived from the Narragansett word pau wau, meaning “he/she dreams” — can be traced back to the time of European contact, although it’s likely that they were happening long before that. Their exact origin is widely disputed. “Clearly there is no single birthplace of the powwow,” writes ethnomusicologist Tara Browner in her 2002 book, Heartbeat of the People. “Scores of tribes claim to have held the ‘first.’”

Just as Indigenous cultures have changed over time, so have powwow traditions. Cultures that were once independent from each other have, over time, transmitted and exchanged customs and traditions. This is evident in the intertribal powwows that are popular today.

Tony DePerry, an Ojibwe legend teller and elder from Pic Mobert First Nation, says that many things have changed since powwows began making a resurgence. Organizers, he says, are trying to “compensate for a lot of loss” that has resulted from government interference, and their interpretation of tradition “does not comprehend the way Anishnaabe people used to live.”

Matasawagon, however, says that is a matter of opinion — and he doesn’t feel that powwows are moving away from their traditional roots. There are now typically two kinds of powwows: traditional and competitive. Both have ceremonial aspects, but at competitive powwows, dancers and drummers compete for prize money and are judged on their technique and regalia.

A dancer’s regalia often features intricate beadwork, ribbons, sacred eagle feathers, and other materials; its design depends on the dance that’s being performed. For example, women performing the “jingle dance” wear regalia embellished with metal cones, while men performing the “traditional dance” typically wear headdresses and vests, and move in a way that emulates a warrior or a hunter.

Food selection varies between regions, but there’s generally a spread of classic Indigenous fare. The Summer Solstice Indigenous Festival, for example, offers bannock, wild rice, and buffalo burgers. You may also find “Indian tacos” — a Tex-Mex-style dish that sees the taco shell swapped out for bannock. Bylaws in urban areas may prohibit the sale of wild game, but some communities do serve such staples as moose and caribou.

Generally, drugs and alcohol are not permitted at powwows. Photographs can be taken only at certain times — and shouldn’t be taken during sacred ceremonies or prayers. Matasawagon says that anyone worried about proper powwow etiquette should listen to the master of ceremonies. “He pretty much is our teacher out there. He’s going to tell everybody how to pay respect to certain things.”

And if you’d like to participate, wait until the emcee announces the intertribal dance — that’s your cue.

Above all, Matasawagon wants to remind people that everyone is welcome. “It’s a time for us to celebrate and share our culture,” he says. “There’s no better way of learning someone’s culture than actually taking part in it.”

Environment
Mosquitoes: Tiny Creatures that Wreak Havoc
Historian Timothy Winegard discusses the mosquito's sometimes deadly effects on humans and history.
Society
Perdita Felicien: Hurdling Through Trial and Triumph
The Agenda in the Summer
A Memoir of Addiction and Recovery 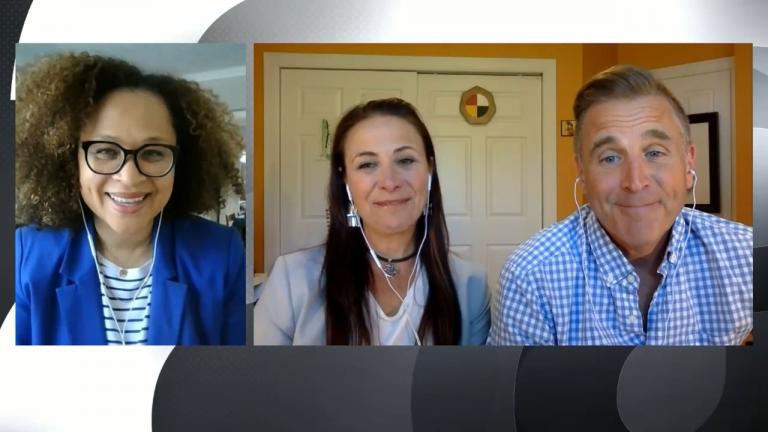 The Agenda in the Summer
Excerpt: Séan McCann and Andrea Aragon’s ‘One Good Reason: A Memoir of Addiction and Recovery, Music and Love’
TVO Current Affairs
sfy39587stp16