The quarrying industry wants back in to Ontario’s protected land

Stone and gravel are everywhere in modern construction, in everything from gleaming condo towers to humble sewers. Provincial governments of different stripes had, for decades, given the aggregate industry a lot of leeway when it came to its operations and the siting of quarries — all in the name of keeping the supply of raw materials cheap and plentiful. But that changed in 2017, when the Ontario Liberals brought in new industry restrictions as part of their changes to the Greenbelt Plan.

Now the industry is asking Doug Ford and the Progressive Conservatives to reverse some of those restrictions.

“We’re a very regulated industry,” says Norman Cheesman, executive director of the Ontario Sand, Stone and Gravel Association — the umbrella group for quarry operators in the province. “But when you regulate it to the point that it can’t do business, that has long-term implications for the ability to produce the infrastructure we’re going to need in 20 years for 4 million more people in the province.”

The biggest policy change the industry is looking for involves “natural heritage systems” — provincially significant woodlands, wetlands, and endangered-species habitats that are defined and protected by both the Greenbelt Plan and the Growth Plan for the Greater Golden Horseshoe.

The Liberal changes barred the aggregate industry from operating in such areas. The industry says that current rules are being applied too broadly and are protecting sites too small or marginal to be considered ecologically important.

“What that did was basically sterilize a whole lot of potential land to do business,” says Cheesman. (The OSSGA estimates that nearly half of the potential aggregate resource in Ontario was affected.) “So we said, ‘Look, go back to what the rules were in 2017.’ It’s not automatic — anyone who wants to expand still has to do studies and get approvals to prove they won’t disrupt things.”

The Tories, though, may not be looking for another fight over the Greenbelt. Before winning the election last year, Ford was forced to back off from his proposal to open the Greenbelt to residential development. More recently, the government dropped a proposed legal change that would have allowed municipalities to ignore the Greenbelt Act and other pieces of environmental legislation.

John Yakabuski, the minister of natural resources and forestry, is leading consultations with the industry. His office told TVO.org, in so many words, that the government isn’t looking for a third kick at the Greenbelt can: “Our government for the people is committed to creating a sustainable plan for Ontario to grow,” wrote press secretary Justine Lewkowicz in an email. “We will maintain protections for the Greenbelt, agricultural lands, the agri-food sector and the natural heritage system.” That would rule out the biggest changes the industry is seeking, since most of the areas that the industry is looking at are either in the Greenbelt itself or are otherwise in farmland areas currently protected by other rules.

The industry insists that the 2017 changes put something fundamental at risk — namely, the supply of aggregate within a reasonable distance of the GTA. It’s not as simple as finding somewhere else to put a quarry and moving that rock by truck or train. Aggregate is so heavy that even relatively small changes in shipping distance can add up. A 2014 paper by the Illinois State Geological Survey estimated that increasing the shipping distance for sand by 37 kilometres doubles the cost; for crushed stone, the cost doubles at a distance of 72 kilometres.

The industry’s requests, however, will almost certainly make green groups see red. The 2017 changes were the result of years of advocacy by conservation groups that wanted the government to place restrictions on the aggregate industry; they were influenced partly by such cases as the “mega-quarry” that was proposed for Melancthon township and then cancelled in 2012 after the province required an environmental approval.

When the Liberal government brought in the 2017 changes, those changes were heralded as an important means of protecting the GTA’s sensitive farmland and groundwater.

Even if the government doesn’t reverse those environmental protections, there are other measures it could pursue: for example, it could scale back or eliminate municipal powers that regulate quarry operations, expedite approvals for the places where quarries are still allowed, and/or make it easier for industry to rehabilitate a site once it’s reached the end of its useful life.

The Tories won the 2018 election on a platform of reducing regulation — it remains to be seen whether they’ll declare Ontario open for aggregate business. 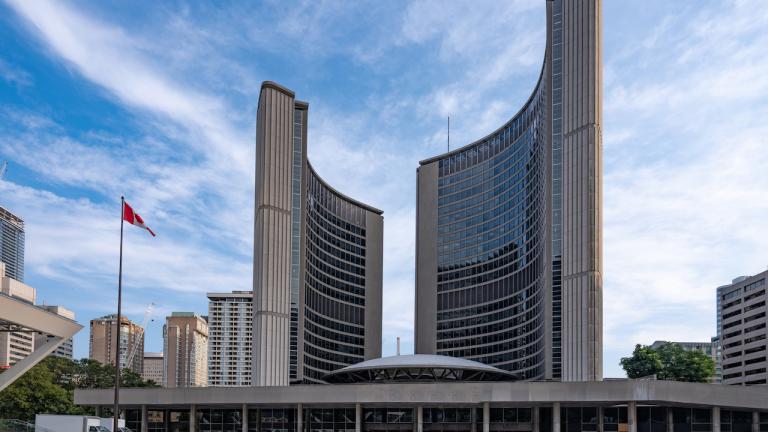 Politics
A city divided: Who voted for and against the Toronto police budget cut
On June 29, council voted down a motion to reduce the police budget by 10 per cent. TVO.org looks at the demographic and geographic factors at play.
Monika Warzecha

Coronavirus
Why the government should spend its summer thinking about September
Matt Gurney
Politics
Did The Common Sense Revolution Work?
sfy39587stp16