The province and the pandemic: What to watch for in 2022

Prediction is folly in this business, and especially in a pandemic. (I said the same thing last year, and it remains solid advice.) But it’s the end of one year, and a new one has just started on a grim note, and we might as well try to at least sketch the broad outlines of the next few months. There are some things we know are coming in 2022, even after the current wave of COVID-19 recedes: a provincial election, for starters, and a municipal election after that in the fall. Beyond that, it’s wise to avoid precision, so instead let’s talk about three big questions the events of the next year will answer.

1. How different a pandemic wave will Omicron be?

The current wave of Omicron has already been markedly different from prior waves, based solely on the scale of new infections, if nothing else. And, we need to bleakly add, more is yet to come. Premier Doug Ford’s announcement Monday of a new quasi-lockdown to slow the spread of Omicron and keep it from overwhelming the hospital system follows similar measures in other provinces; indeed, it largely mirrors previous lockdowns in Ontario. But it’s worth noting the important differences with this wave: the justification offered by the government for the new lockdown is the raw volume of total hospital admissions, not the intensive-care capacity we’ve worried about exhausting in previous waves.

The Omicron variant is milder overall than previous variants, but the sheer number of infections it’s creating is already putting enough strain on the hospital system and on critical resources such as supplemental oxygen that Kieran Moore, the chief medical officer of health, has ordered a halt to non-urgent procedures. We know from the sad experience of previous halts to “non-urgent” care that people will die because of this decision from a lack of timely care, and that shouldn’t be forgotten when the immediate crisis passes.

There may well be other differences with Omicron. Perhaps the one that might be worth dwelling on right now involves the possibility that it may pass as quickly as it has surged, allowing a measure of normalcy to return in February, perhaps even around the same time the legislature is scheduled to resume sitting on February 22 — one imagines the opposition parties will have some pointed questions. As the election gets closer, the fireworks at Queen’s Park will get brighter and louder.

We can be reasonably confident that there will be a general election in Ontario in 2022, and for now we don’t really need to worry about being more precise than that. (The premier has repeatedly insisted he’ll stick to the legislated date of June 2, 2022, and the current Omicron wave may finally have killed any impulse among the Tories to test the voters earlier than that.) What’s more interesting right now is that the state of Ontario polling can’t give any of the major parties a lot of confidence about their standing right now. The Tories are in first, which is always better than the alternatives, but they’re not so far ahead of the opposition parties that they can count on another majority at the legislature: the PCs have been bouncing around the 35-point mark in the polls for months now, well short of a majority threshold.

More than the relative strength in the polls, however, is the question of which parties voters on both sides of the political spectrum will back. On the centre and left, there’s a long history of progressive Ontario voters flocking to the Liberals as a means of blocking a conservative party (both provincially and federally). But the Liberals can’t claim to have yet sealed the deal with voters, who still don’t know much about Steven Del Duca or the direction he’d take Ontario.

More novel is the state of things on the right, where there will be not one but two parties vying for conservative votes: Jim Karahalios’ New Blue party and Randy Hillier’s Ontario First Party (effectively an Ontario franchise of Maxime Bernier’s People’s Party). The People’s Party got 5.5 per cent of the vote in Ontario in the recent federal election, and it’s an ongoing debate how many seats that cost the federal Conservatives. One possibility to keep in mind: now that COVID-19 has forced new public-health measures, disgruntled Tories who’ve gritted their teeth through prior lockdowns may defect to one of the harder-right alternatives.

The state of flux in parties and polls brings us to the last question, which we’ll only know the answer to after votes are cast.

3. Can Doug Ford survive as premier if the PCs don’t get a second majority?

This is a pretty simple one. If, because of either their own weakness in the polls or vote-splitting on the right, the Tories don’t win an outright majority of seats in the legislature, things will get very interesting very quickly. All three opposition parties have said they won’t support a Ford government if the Tories don’t have a majority on their own. But saying so in 2021 and doing so in 2022 are two very different things, and there are some substantial obstacles to the kind of Liberal-NDP co-operation that would be required to actually unseat the Tories (not least the fact that many of the personalities in the respective parties loathe one another). Margins also matter here: if the Tories are only one or two seats shy of a majority, they might manage to pull it off notwithstanding the opposition.

Would Doug Ford stick around if he were defeated? Does he actually want to be the leader of an opposition party for two or three years before he gets another shot at the big chair?

A far less speculative point, if Ontarians were, in fact, to return a minority legislature after this coming election: whoever ends up in the premier’s chair would be unlikely to sit there for a full four years before the next election. So if voters don’t return a majority, we’re likely looking at another provincial election substantially before 2026. 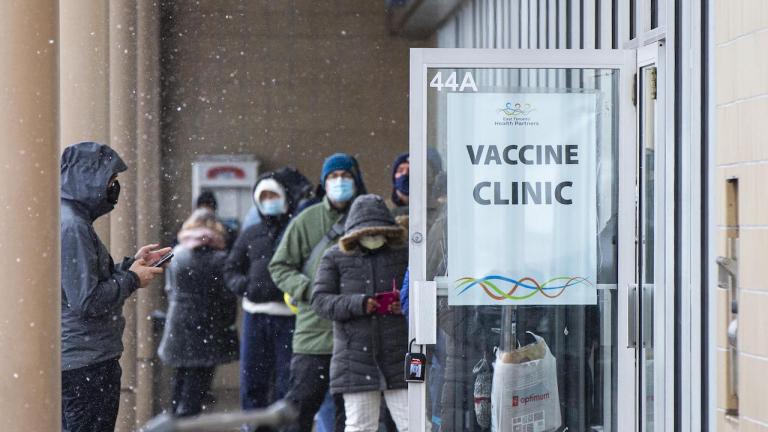