The politics of natural hair

Nam Kiwanuka writes about how Black girls and women the world over have had negative experiences with their natural hair
By Nam Kiwanuka - Published on Aug 03, 2017
A recent study found that one in five Black women has felt social pressure to straighten their hair for work. (PeopleImages/iStock)

When I was asked to audition for my current position with TVO, I debated whether I should straighten my curly hair. I spoke to several friends about it and in the end, I decided to wear it in its natural style, or what some call an afro. As trivial as it may sound, how I wear my hair or how my hair actually grows from my head is something that has weighed on me professionally, and personally. It’s something I’ve also discussed with The Agenda’s executive producer because, as encouraging as she’s been, from reading online comments, the way I look is something that not all viewers like.

Tonight on The Agenda in the Summer, I interview author Michele Tapp Roseman about her book Hairlooms: The Untangled Truth About Loving Your Natural Hair and Beauty, in which she documents her journey from wearing her hair relaxed (made straight and flat with chemicals) to wearing it in its natural state (free of chemicals). The book includes interviews with Dr. Maya Angelou, actress Kim Coles and Sesame Street muppeteer Joey Mazzarino, who created the “I Love My Hair” video so that his young daughter would embrace her hair.

Tapp Roseman’s book explores why Black hair can be political and why its natural characteristics can have serious social and economic implications.

Joey Mazzarino created this character and video to help his Ethiopian daughter accept her natural hair.

A couple of years ago when I was living in the U.S., I auditioned with a major news network. During a follow-up interview, I was asked whether I would consider straightening my hair. I was confused by the question because on my demo reel I wore my hair naturally. I’d like to say that I stood steadfast and said no, but I said yes because I didn’t want to lose an opportunity over my hair. I didn’t get the job.

Last year, a U.S. Court of Appeals ruled that employers could discriminate against employees who wore dreadlocks. This was after the Equal Employment Opportunity Commission filed a lawsuit when a woman was told by a human resources representative that in order for her to get the job she would have to cut her locks because they “tend to get messy.” In February, the U.S. army rolled back its own restrictions on dreadlocks, allowing those in service to wear them. This was after complaints were raised that the army’s regulations unfairly targeted styles worn predominately by Black women.

It’s hurtful to hear that Black children aren’t exempt from being ridiculed for what their hair looks like, but unfortunately these incidences seem to be common. In Massachusetts, two young girls were removed from their sports teams and forbidden to attend their prom because they wore braids, which the school said was against its dress code policy. In Florida, a 12-year-old girl was threatened with expulsion because her hair was seen as a “distraction” by school officials. It seems that schools would rather deny students an education than let kids celebrate who they are. We profess that we want kids to feel free to be themselves yet these kids are being shamed for having hair that’s not the same as what is seen as the default.

And this isn’t something that’s only happening in the U.S. Last year, students in South Africa organized a march to protest what they allege was a longstanding rule that required African students to straighten their hair, which teachers called “untidy” and “unlady-like.”  After the images of the #StopRacismAtPretoriaGirlsHigh protests went viral, similar demonstrations around the world helped to amplify the students’ voices.

In 2015, a 13-year-old student in Toronto was sent home because the principal, who was also Black, told her that her “too poofy” and “unprofessional” hair needed to be tied back. Last year, Akua Agyemfra, an employee at Jack Astor’s restaurant was sent home because she wore her hair in a bun, and Cree Ballah, who worked at Zara clothing store in Scarborough was sent home from work because she had worn braids. In an interview with CBC News, Ballah said that her managers, “took me outside of the store and they said, 'We're not trying to offend you, but we're going for a clean professional look … and the hairstyle you have now is not the look for Zara.’"

A recent study proves that a bias exists towards Black hair  – even from within the Black community. The Perception Institute, a group of researchers and advocates that looks at bias, conducted the Good Hair Study, which they say is the first “to examine implicit and explicit attitudes” associated with Black women’s hair. The study found that “one in five Black women feels social pressure to straighten their hair for work — twice as many as white,” and that regardless of race, the majority of participants “show implicit bias against Black women’s textured hair.” If you’re wondering where you fall on the spectrum, you can check your own bias.

I've never had my hair relaxed, but have worn it blown out straight. I don't know my way around a flat iron, so for years I wore it in long braids. I don't remember making a conscious decision to wear my hair naturally when I worked as a VJ at MuchMusic, but my boss, Denise Donlon, wanted me to be myself – a hallmark of the TV station – and also encouraged me to use my African name (which up until that time, I hadn’t been). It does make me proud to meet viewers who watched me then say that they wear their hair naturally because seeing me made them feel they could.

Society
Why is Baseball So Appealing?
Dale Jacobs and Heidi LM Jacobs discuss their book, "100 Miles of Baseball: 50 Games, One Summer."

Politics
Fareed Zakaria: Is this the Worst of Times? 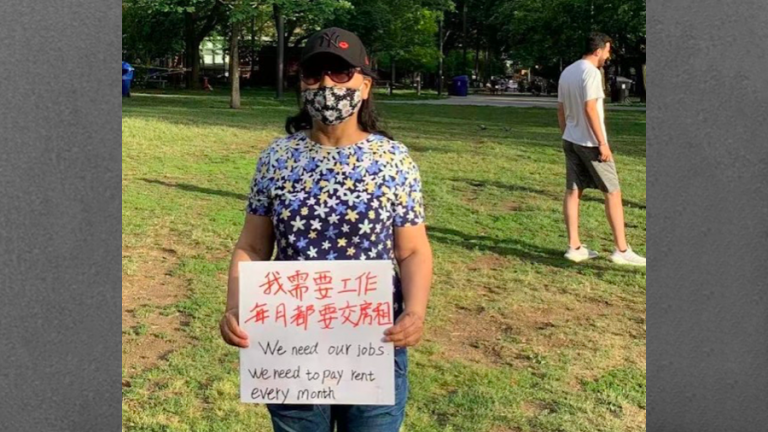