The outrage industry is out of control

Too much of politics today is rooted in hate and division. Can’t we change this sad reality?
By Steve Paikin - Published on May 31, 2021
Mike Lake has represented an Edmonton-area riding since 2006. (Facebook)

Are the partisan hatreds in politics nowadays — mostly in the United States but sadly also to some extent in Canada — beyond repair?

I ask because at least one Member of Parliament has come to the conclusion that politics has reached such toxic levels that he needs to do something different.

And he’s a Conservative MP from Alberta.

Mike Lake has represented an Edmonton-area riding since 2006. In the last federal election, in 2019, he won Edmonton–Wetaskiwin by nearly 53,000 votes. Yes, he got 72 per cent of the votes cast. It’s probably the biggest margin of victory in Canadian electoral history.

In other words, Lake could likely continue to be the MP for as long as he wanted, indulge in all the silly and mindless partisanship that passes for political engagement these days, and then move on to something else if it all became too much.

Maybe because he wins so big, or maybe because he’s simply had enough of this charade, Lake has decided to create something new. Ever since the pandemic hit and he’s been unable to travel or see stakeholders and constituents in the flesh, Lake has been holding political conversations with people on Zoom. They started off as 90-minute-long sessions with five to 10 guests, usually late on a Friday afternoon. He calls it “Zoom Happy Hour.” Participants, who come from politics, media, and non-governmental organizations, are encouraged to pour themselves a glass of something and come prepared to talk pretty much about anything.

But here’s what’s different. Lake doesn’t just invite fellow conservatives to his happy hours. He brings on people from across the political spectrum. And, rather than spending their time trying to score debating points, they inevitably end up talking about how to make politics less toxic.

The happy hours began as weekly efforts, but they’ve become so popular, Lake and his staff now hold them as often as three times a week. They’ve done more than 70 of them, hosting more than 250 participants. The appetite for conversation in which the goal is civility is apparently significant.

Normally, the discussions and guest list are off the record so people can speak freely without fear of saying something that could damage their careers. Lake and I know each other pretty well because, over the years, he’s been a frequent guest on The Agenda. As a result, he’s invited me to participate on a few occasions, and I have his permission to reveal some of the contents of our most recent session, which focused on finding the factors that can encourage people to love, rather than hate, one another.

The Agenda With Steve Paikin, May 23, 2017: Checking in with the Lakes

“I believe North Americans are sick and tired of all this,” Lake said during the call. “People are thirsty for a different way of doing politics. The party that can offer them that first will win.”

Lake first earned some public attention for these efforts back in February, when he gave a (virtual) so-called members’ statement in the House of Commons on civility.

“Make no mistake,” he said. “Passionate political debate is foundational to a healthy democracy. But it’s most effective when we engage in conversations not only seeking to persuade but also open to being persuaded.” He got a strong round of applause.

But when Toronto Star columnist Susan Delacourt praised his efforts on social media, the ensuing blowback against both of them, from the left and right, was intense.

“It would be easy to be disheartened reading some of the negative replies to this positive @SusanDelacourt post,” Lake tweeted. “Instead, I hope the comments serve as a reinforcement to the point I’m trying to make in my statement. Change will require significant effort.”

Delacourt tweeted back: “Don't lose heart, Mike. I see those comments the same way you do; as an argument for people to think about where they are in their lives if being angry on Twitter is their hobby.”

One of Lake’s guests during our recent Zoom session suggested 99 per cent of political discourse these days is designed to incite outrage and hate.

“We live in a time when it seems the best way to advance our principles is by crushing yours,” said Shriver, who also gave me permission to share his thoughts here. “And the more outrage I can create, the better.”

These days, social media is replete with examples of one side claiming outrage about something the other side is doing, then fundraising off it.

The Georgia congresswoman Marjorie Taylor Greene seems to be the most appalling current poster child for this phenomenon in the U.S.  In case you’ve forgotten, she’s the QAnon-supporting politician who insists that 9/11 was an inside job; that the mass murders at Sandy Hook, Parkland, and Las Vegas were staged; that Zionist supremacists are in charge of Muslim immigration in Europe in hopes of having them outbreed white people; that some Democratic party officials should be executed; and that California’s wildfires were caused by Jewish lasers from space.

She is a leading and popular figure in the Republican party these days.

While examples in Ontario thankfully don’t typically rise to that level of crazy, we’re not immune. Our political parties feign outrage about things other parties or levels of government are doing, ask supporters to “sign our petition” to get their email addresses, then hit them up days later for financial contributions.

During NHL playoff games in prime time, the Ontario PC Party has presumably spent a small fortune taking out election-style attack ads against Prime Minister Justin Trudeau. The ads accuse the feds of a lack of strict border-closing measures. The Tories never fail to mention this in their daily announcements or in the daily proceedings of the legislature, despite the fact that epidemiologists say this kind of transmission represents only a small percentage of positive test cases. The government is mostly silent on the transmission that comes under their purview.

Lest you think this is only the practice of the right, there is also plenty of incivility on the left. Ontario Liberal leader Steven Del Duca held a Zoom news conference last week in which he called Ford “a liar” three times. I remember a time in politics when it was enough to call somebody “wrong.” Former premier Bill Davis even made a joke of it, calling his opponents “philosophically misguided.” But the word “liar” would simply never be used. Now, the most ardent partisans on both sides think you’re not trying hard enough if you don’t call your opponent every nasty name in the book.

Back at happy hour, Shriver likes the old legend — often attributed to the Cherokee — that uses the metaphor of a wolf to explain this phenomenon.

“There’s a good wolf and a destructive wolf,” he said. “Which one wins? The one you feed. We’ve starved the good wolf. We need to nurture our positive instincts. At the moment, the bad wolf is obese.”

The media clearly has a role to play in all this. While some outlets just can’t help but amplify the most extreme, outrageous voices out there in pursuit of higher ratings or readership, others say they have learned from the Donald Trump years that they’re not obliged to hand a megaphone to the most irresponsible disinformants on offer. They intend to use greater judgment and discretion going forward. Presumably, the former president’s lack of access to social media will aid that cause.

It may have been Arthur C. Brooks, former president of the American Enterprise Institute, who coined the expression “the outrage-industrial complex” to describe the pickle we’re in. Getting out of this predicament may require demonstrating a level of enlightenment and mutual respect for which our political culture typically isn’t known. Given the factional discipline politics seems to require these days, Shriver said he expects “some politicians will have to give up or shorten their careers in service,” adding,  “They’ll have to risk that.”

Shriver is also founder and CEO of a group called UNITE, which rejects the “Us vs. Them” approach to life and politics and tries to find common ground.

The most disheartening part of all this for Shriver is that a once-in-a-century global pandemic actually afforded us the opportunity to unite around defeating a common enemy. And, yet, much of the world seems to have ignored that opportunity and, instead, used it to exacerbate divisions among us over mask use, vaccine adherence, and the adoption of various public-health measures.

Can we build group identities without hating? It seems some, like Mike Lake, are willing to give it a try. Mr. Speaker: Do we have a seconder out there?

Correction: An earlier version of this article referred to Arthur C. Brooks as the president of American Enterprise Institute; in fact, he is a former AEI president. TVO.org regrets the error. 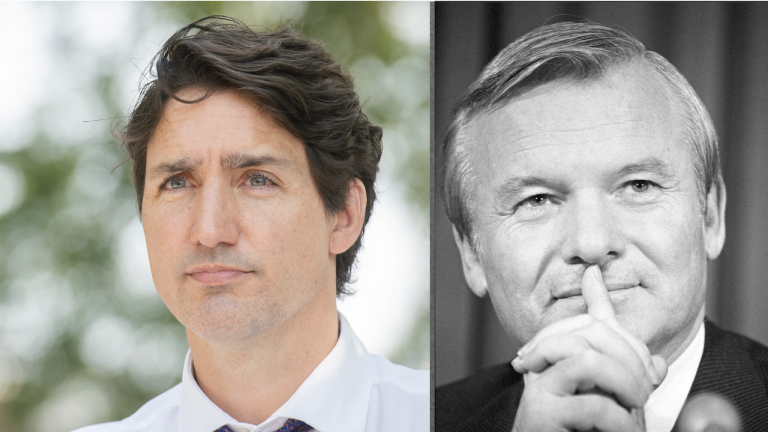