The Ontario government could be headed into a very expensive week

OPINION: The province has managed to get by so far without the eye-watering levels of new spending we’ve seen federally. But that’s set to change
By John Michael McGrath - Published on Jul 28, 2020
On July 27, Premier Doug Ford announced nearly $4 billion in municipal aid. (youtube.com/Premier of Ontario)

Perhaps the most notable element of Monday’s announcement from Premier Doug Ford — nearly $4 billion in municipal aid, roughly split between cities and major transit services — is that, after all the Sturm und Drang from Ontario’s premier about the urgent need for federal aid, the bigger share of the announced funding is coming from Queen’s Park, not Ottawa.

Of the $3.97 billion announced, $2.2 billion is from Ontario — $1.2 billion for municipalities directly and $1 billion for transit — and $1.77 billion is from the feds (another $1 billion for cities and the balance for transit). Before anyone starts hollering about how, once again, the provinces are being abandoned by Ottawa and the federal government isn’t pulling its weight: these are unambiguously provincial responsibilities, and Ottawa wasn’t really obliged to come to this party at all.

Nevertheless, this marks a shift from Ontario’s early reaction to the pandemic, which was far more parsimonious. Yes, this province is facing the same record-setting deficits we’re seeing elsewhere ($41 billion for this fiscal year, if the financial-accountability officer’s math is right), but that’s primarily due to evaporating revenues, not massive increases in spending. Of the $17 billion in COVID-19 response measures named in the government’s spring economic statement, fully $10 billion were tax cuts or tax deferrals, and much of the remaining $7 billion went to electricity subsidies or other spending the government had already committed to. The actual increase in public spending to deal with COVID-19, including $200 payments to parents to help with child care, was about $4.5 billion, according to the FAO.

That’s real money, but it amounts to a pretty modest increase in spending relative to the province’s $160 billion budget. To put it another way: in the last full budget year they were in government (from 2017 to 2018), the Liberals increased program spending by $7.5 billion, without any global pandemic to respond to. The Ford government’s initial response to the pandemic envisioned less new money flowing out the doors from Queen’s Park in a bona fide emergency than the Liberals had proposed to spend in a pretty normal year.

The Tories would undoubtedly say that parsimony in a pandemic isn’t a bad thing, and they’re not wrong — but the contrast with the federal government in the same pandemic is stark. Ottawa, which has taken on the role of keeping Canadian home and business balance sheets level, has had both revenue declines and massive spending increases, in the form of the Canada Emergency Response Benefit and the Canada Emergency Wage Subsidy. Unsurprisingly, trying to run a substantial part of the economy from the national treasury is extraordinarily expensive: $343 billion in deficit spending for this year alone.

But, if Ontario and the other provinces have managed to get this far into the pandemic with relatively modest measures, there’s reason to think that’s going to change with events this week.

The first is obviously the “safe-restart agreement” and Ottawa’s relatively lean share of the funding in areas of provincial responsibility. If Ontario is getting 40 per cent of the money for municipalities and transit (which would match our share of the national population), then the $1.77 billion in federal money announced so far implies that Ottawa intends to spend only about $4.5 billion nation-wide in these areas of provincial jurisdiction. Recall that the total federal contribution announced two weeks ago is $19 billion.

So where is the rest of the money going? The feds also, earlier this week, announced more than $11 billion in spending on improved contact tracing and PPE purchases, which leaves enough room in that $19 billion pool for 10 days of sick leave, if the government’s estimate of $1.1 billion in costs is right.

What it doesn’t leave room for is a major expansion of child care or education spaces as parent stare down the barrel of a new school year. Which means, if it’s going to happen, it’s going to be the provinces that pay for it.

The costs of reopening schools safely in September are undoubtedly going to be large. The Ontario Liberal Party released a plan this week that put the price tag at $3.2 billion. The government is expected to release its own plan later this week, and it will undoubtedly differ from the Liberals’ in a number of ways — but the order of magnitude of the Liberal plan is probably right: reopening schools safely is going to take billions of dollars.

Fixing long-term care so that the frail elderly aren’t simply dry tinder waiting for the next wildfire of disease will also, undoubtedly, be a billion-dollar job, and we can expect to see the next steps in that direction — the announcement of an independent inquiry into long-term care — later this week as well. Billion-dollar jobs are starting to pile up for the government, but they can’t be avoided if Ford and his cabinet are serious about making the province more resilient in time for the next wave of the pandemic.

Everyone said that, in some ways, a safe reopening was going to be thornier and more difficult than the lock-everything-down period of the pandemic. What’s becoming clear this week is that, for the provinces at least, it’s also going to be more expensive. 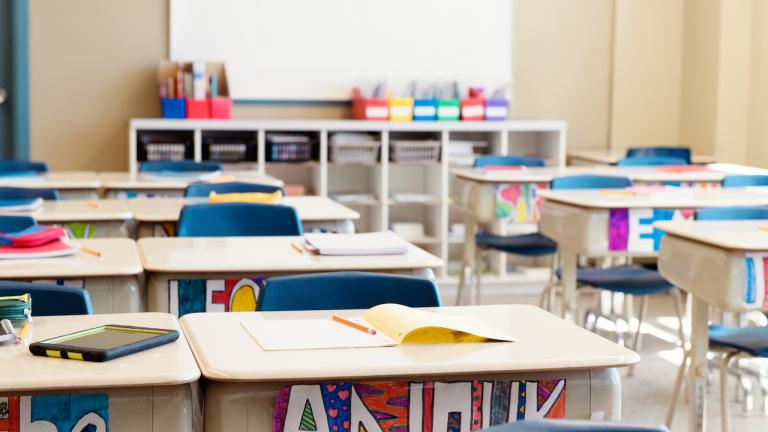 Opinion
When it comes to school reopening, prayers are not enough
OPINION: Doug Ford says the government’s going to do everything it can to make its back-to-school plan work and “pray to God that everyone’s safe.” Teachers and families need more than that.
Nam Kiwanuka 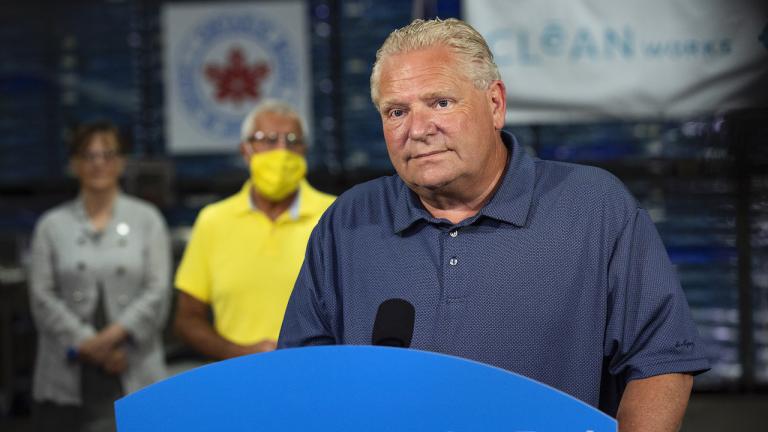