LONDON — When Peter Beckett wanted to find out how a friend in Puerto Rico was coping with the aftermath of Hurricane Maria in September, the Grey County resident who lives near the hamlet of Walters Falls had two choices: He could climb to the deck of the sailboat he’s refurbishing to get high enough to maybe — just maybe — get a strong enough cell phone signal to message her on Facebook. Or he could drive half an hour to Owen Sound to access free WiFi at the library.

Three hours away, near Corunna in Lambton County, Sandra Fox frets over her two children’s ability to interact with other kids and keep up with schoolwork. High-speed fibre optic cable runs by their farmhouse to serve large industrial plants nearby; Fox says the company that owns it — Cogeco — told her husband it would cost $10,000 to connect them and another $500 a month for the service. So instead, they make do with a $60-a-month cellular plan that supplies 40 gigabytes of data to the whole family — barely enough for homework and leaving nothing left over for social media.

“My son is in high school, [and students there] do all their work on Google Docs and Google Classroom,” Fox says, “and we have to keep making the teachers aware we can’t access a lot of this stuff on an ongoing basis.”

Fifteen years after the federal government launched its first funding program to address the internet access gap in rural and remote areas, country connectivity remains dismal. The federal government has thrown millions of dollars at the problem, and today most of southwestern Ontario does have access to some form of internet — on paper, at least. Much of that service is fixed wireless internet service, which uses transmission towers to deliver broadband internet through radio signals.

The trouble is, the towers don’t broadcast well in uneven terrain. Towers dot the crests of Grey County’s hills to capture the signals, for instance, but their relays often don’t penetrate its deep valleys, where service becomes spotty or even non-existent. Satellite internet service works if a dish’s access to the sky is clear — and the weather is good, but upload and download speeds are not dependable. Both alternatives are pricey; options that access the internet through cell phone towers, such as Fox’s plan are even pricier. And not all telephone companies still offer the only fall-back: slow dial-up service.

Transmission technology such as fibre optics or cable would solve the problem, but these fixes are expensive — it could cost more than $4 billion to get everyone just in southwestern Ontario connected to fibre optics. And companies don’t want to use such expensive technology to serve customers that could be kilometers apart.

Yet reliable high speed broadband internet is a basic service like running water and paved roads, says Ashleigh Weeden, a University of Guelph rural economic development Ph.D. student. (She also deals with connectivity as a major issue at the family farm where she lives.) Weeden argues that good online access is essential to support the rural-based activities — such as agriculture and natural resource production — that fuel their economy. Farmers need such access, for example, to access data-rich files and high-tech mapping tools to analyze and improve their crop yields.

Weeden is also a part-time Indigenous relations manager for an initiative that supporters hope will finally make a real difference in rural connectivity: The SouthWestern Integrated Fibre Technology project, known as SWIFT, is a not-for-profit organization created to address connectivity problems and provide pricing options similar to those available in urban areas. Created in 2011 by the 15-member Western Ontario Wardens’ Caucus Inc., SWIFT will begin the first phase of developing a fibre optic network to serve the southwestern region in the spring.

Federal and provincial funding to the tune of $180 million funds the venture’s phase one, as does more than $100 million from the private sector and municipalities. Geoff Hogan, CEO of SWIFT, says the vision is to entice telecommunications providers to build out portions of the network for the region by using the money to create subsidies. In turn, SWIFT will take a small percentage of revenue from all connections generated within the network to establish a fund to continue adding infrastructure in the region.

Phase one is expected to take four years and will introduce about one twelfth of the infrastructure needed for an area that spans 41,286 square kilometres and contains 3.5 million people, Hogan says. Where the work takes place has not yet been determined.

This summer, the project generated a list of 28 pre-qualified service providers to work with. Next steps are to match these companies’ areas of interest with the needs for infrastructure detailed by the project’s members and choose the best contenders for building out sections of the network.

SWIFT will require the companies to add splice points at kilometre intervals as the network fibre is being laid to make it easier and less expensive to connect individual rural residents.

Although the first phase won’t connect everyone, Hogan says it should help to improve wireless internet delivery in general. That’s because the internet service the towers broadcast and relay comes from fibre optic connections. “Instead of connecting to their [local] tower and then [having the signal] bouncing to four more towers before it hits the nearest fibre connection, many people’s [local] tower will be connected to fibre,” he explains.

Even before it has provided a single byte of high-speed access, the project’s membership has grown to include several other communities, including cities such as Barrie and Windsor, and First Nations including Saugeen, Six Nations of the Grand River, and Beausoleil. It will also service regional consortiums such as school boards, colleges, and hospitals — big customers whose involvement could offer solid revenue for providers.

Enthusiasm is strong for the regional solution to connectivity, but there have been hiccups and skepticism. Earlier this year, for instance, concerns about exactly where the service would go in Middlesex County prompted the upper-tier municipality’s councillors to initially reject an agreement to proceed with the project. Morgan Calvert, county director of information technology services, says councillors wanted exact information. The county signed an adjusted agreement in the fall, joining the other original municipal members in the program. “For us [the adjusted agreement] means cost certainty; we know what SWIFT is going to do in the county,” Calvert says.

Yet he cautions that there’s no guarantee SWIFT will be successful. The project has a good strategy, but the money it has is not enough to get everyone linked to a fibre optics network.

Thorsten Arnold, a Grey County resident who lives east of Owen Sound, questions SWIFT’s decision to focus exclusively on using fibre optics to build the network. “How confident are we that this technology will be continued into the future?”

He’d rather see ways found to subsidize the cost of internet service delivery rather than subsidizing the construction of its infrastructure. The cost of living in the country is much higher than it is in cities, and incomes are often much lower, he says. Arnold pays $100 a month for a satellite Internet service that works “fairly well as long as we don’t stream anything” — and as long as bad weather doesn’t come in.

“We of course don’t have a crystal ball but we strongly believe that fibre is the only thing [we have today] that has the scalability that we need for the future,” responds Hogan.

Still other rural residents wonder if poor service should simply be considered a price of living in the country.  “Part of it is a lifestyle choice,” offers Craig Thompson, who lives with his family near Walters Falls. “When you live in the city, I could go grocery shopping on the way home every night and not have a problem picking up what I like to make meals. [Here] we’re either 20 or 25 minutes in a different direction to major centres to go shopping.

“That’s the same with what you can get on the internet. You say, ‘OK, I’m just not going to have the option to have Netflix or Crave.’”

Concentrating connectivity in rural hubs such as libraries might work well enough for some people, but it’s not the answer to the rural connectivity problem, says Weeden, the PhD student. For one, the approach assumes everyone can get to the hubs — something that may be difficult for someone who doesn’t have a car (most rural areas lack public transit) or experiences a mobility issue. For another, “what do you do if you need to access sensitive personal information? Do you want to do that on a public computer at a library?”

Would people who live in cities such as Toronto, London or Guelph put up with having to go somewhere else to check their banking, watch a movie, or chat with friends over social media? Borrowing a phrase from animal welfare activist Temple Grandin, Weeden says: “We have to be careful that we don’t allow bad to become normal.” 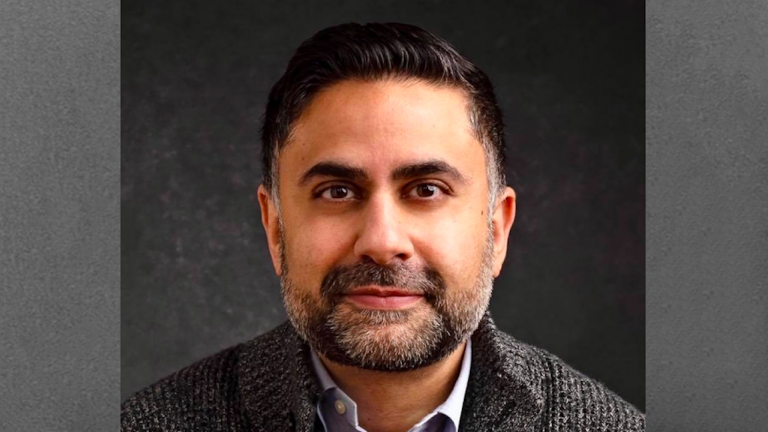 Southwestern
‘The human cost of silence is too great’: Police-board chair Javeed Sukhera on Islamophobia and the London attack
TVO.org speaks with the psychiatrist and activist about fighting hatred and awakening to the racism in our society.
Justin Chandler 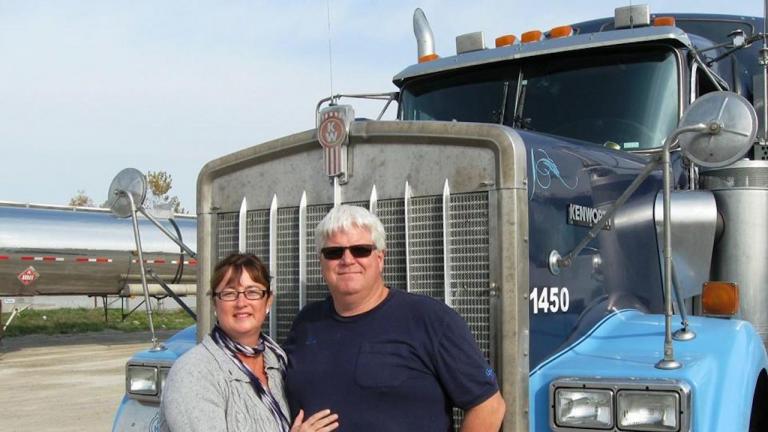