After years of training and gruelling competitions, Canada’s rowers often find themselves professionally adrift — and they’re asking sports organizations to step up
By Katharine Lake Berz - Published on Jan 04, 2022
Rob Gibson won a medal at his second Olympics, in London, in 2012. (Courtesy of Rob Gibson)

Conlin McCabe placed fourth in men’s pairs at the Tokyo Olympic Games — capping an Olympic rowing career that saw him win two medals over three games. But upon his retirement from the sport, the 31-year-old Brockville native faced an uncertain future. Until recently, he had never held a professional job; he’s now working as an account manager at an information and technology services company. “I am lucky to have such an excellent career opportunity,” says McCabe. “But there are basic skills where I have fallen behind.”

A rower’s physical peak comes later than that of many athletes, which contributes to many rowers struggling in their post-athletic career. Now, some are fighting for better support from Canadian sports organizations.

Rob Gibson thought he would retire after winning a medal at his second Olympics in London in 2012. “It was a relief. We had a lot of pressure on us to perform,” says Gibson. He returned to his hometown of Kingston to plan his future. “I stalled out in some ways. I didn’t know what to do,” he says. So he returned to rowing.

It was “safe” to train for another Olympics, Gibson says. “It’s challenging physically, but it’s easy, because for four years, you are told what to do, where to do it, and how to do it. There is not a lot of individual decision-making. You just show up and work hard and then rest and repeat.”

Some Olympians fear they will fall behind athletically if they pursue other goals. Jill Moffatt, originally from Bethany, competed in the Tokyo Olympics — which required full-time training. “I felt I had to work harder than everyone else to make it. I had no chance to take a summer off to work.”

Looking to the future, Moffatt is realistic. “If I make it to Paris [in 2024], I will be 31. I know that, at any point, my rowing career will be over, and I have to have a plan.” She is studying journalism and plans to write while she trains for Paris. “I feel much more comfortable coming back knowing that I’m doing more to set myself up better for after rowing.”

According to research from the universities of Melbourne and Western Sydney, in Australia, it is important for an athlete’s well-being to have a plan for their post-Olympic life. The researchers say it is estimated that one-third of elite athletes around the world experience depression, anxiety, and post-Olympic stress.

Rowers may be particularly vulnerable because of their age. According to World Rowing, the average age of male and female scullers in Olympic finals is 31. Compare this to gymnastics, where the median age in Tokyo was 21, according to NBC Sports. And, although most elite rowers are highly educated — 27 of Canada’s 29 Tokyo Olympians are university educated — they have limited opportunities to develop their non-sports skills while training. The National Training Centre is located in rural Quamichan Lake, in British Columbia, which is more than an hour’s drive from the nearest university or professional opportunity in Victoria.

Canada does a disservice to its athletes by making them train full-time, says Olympic medallist Julien Bahain. A dual Canadian-French citizen, Bahain rowed for France in both the 2008 and 2012 games while working at France’s national railway company, SNCF. When he competed for Canada in 2016, he was not able to work. “In Europe, the rowing associations help athletes find jobs in their fields so they can gain professional experience that comes in handy when they retire.”

Canadian rowers say that Rowing Canada Aviron does not formally prohibit them from gaining work experience but that coaches structure training in a way that makes it practically impossible. “We had three practices a day stretched out throughout the day,” says Gibson. Bahain points out that Sport Canada, the agency that provides financial support to selected national-team athletes, states that its funding is meant to “offset some, but not all, of the living and training expenses athletes incur.”

Bahain, now a senior manager at Partnerships B.C., is grateful for his experience in France. “SNCF gave me excellent experience while understanding my need to take time off for training and regattas,” he says. “I worked at SNCF and was able to train full-time for the Olympics while gaining professional skills for when time came to retire … Canadian sports organizations don’t care about the athletes as people, and they don’t consider what the athletes might contribute to society beyond rowing.”

Rowing Canada Aviron CEO Terry Dillon sees it differently. “It can be hard to see past the moment … that we all get to watch on television,” he says. “[But] there is a new appreciation of athlete well-being beyond performance … that Rowing Canada is putting a lot of thought into.

Dillon says amateur sports are under-funded and that RCA has to make choices about the support it is able to provide: “Shall we invest in altitude training or meet basic athlete needs with grocery cards?”

Dillon says he hopes the pandemic’s normalization of online work and studies will make training in a rural area less isolating for athletes. He also says he is trying to build a more flexible training model: “We can’t define success as just winning a medal.”

Game Plan, a career-transition program for Canadian athletes that launched in 2016, is trying to help. An initiative involving the Canadian Olympic Committee, the Canadian Paralympic Committee, Canadian Olympic and Paralympic Sport Institute Network, and Sport Canada, it provides health, skill development, education, community, and career counselling to all current and recently retired national-team athletes — a pool of 2,500 athletes.

The organization is growing but has just seven advisers to support athletes in all sports across Canada. Cara Button, a senior Game Plan manager, says, ideally, it would employ five times the number of advisers. She also hopes the organization might one day work with companies to offer flexible employment opportunities, such as those provided to athletes in Europe.

Gibson, meanwhile, has recently joined Windsor School in the Bahamas to help it launch a rowing academy. “It’s a dream job,” he says, adding that “it’s a known fact it is a tough transition” to retire from elite rowing.

Since he retired, he’d relied on the support of rowing friends who came before him. Now “Game Plan is helping athletes transition” after Tokyo, he says. “Rowing is a demanding sport. There is no magic. It’s all hard work. But to have a more fulfilling life while you are training for the Olympics, I think Canada should look deeper into that.” 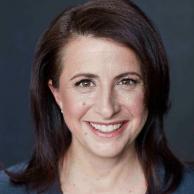 Katharine Lake Berz is an independent management consultant, a freelance writer, and a fellow in the Fellowship in Global Journalism at the University of Toronto.