The day the alt-right came to London

How should London, Ont., ensure it isn’t the site of extremist protests?
By Mary Baxter - Published on Sep 01, 2017
Protesters from Pegida and People for Peace sparred in London last weekend. (Twitter)

LONDON — The two sides spent more than an hour lobbing taunts from across a barrier of police and bicycles. Yet with only two arrests in a crowd of more than 500, the showdown between anti-Islam and anti-hate protestors in London, Ont. unfolded relatively peacefully.

Now London residents are debating how to stop such protests from happening again in their city.

Alt-right activity is on the rise in Canada, says David Hofmann, an expert in terrorism at the University of New Brunswick. “We’re seeing efforts to organize alt-right, neo-Nazi, and hate groups in Canada into a more unified body, although not at the same scale as the United States,” he says.

The London protest is the latest in a rash of such incidents since the clash between right-wing extremists and counter-protestors in Charlottesville, Va. That fight, over the removal of a statue of Robert E. Lee, a Confederate general in the U.S. Civil War, left one woman dead and several others injured.

Hofmann says the approach London is using to contain future protests is wrong-headed and could incite more extremist action. “How these types of protests are handled in Canada will determine how this movement sustains itself or grows.”

The London anti-Islam protest was initiated by Ontario’s chapter of Patriots of Canada Against the Islamization of the West, or Pegida (an offshoot of a European group that originated in Germany). About 40 members and supporters attended.

People for Peace, the anti-hate group, was formed specifically to counter the Pegida protest, and together with its allies, outnumbered the alt-right group by more than 10 to one.

The two people arrested came from opposite sides of the protest and were later released. The counter-protestor remains under investigation.

U.S. President Donald Trump “has created an environment where these types of [alt-right] ideas have become more mainstream” and that encourages people with similar perspectives to express them, Hofmann says.

For example, when the Parti Quebecois proposed to ban religious symbols in the Quebec civil service just before the 2014 provincial election (which they ultimately lost), assaults on Muslim women increased, he says. “It’s not that suddenly [PQ leader] Pauline Marois’ stance made people embrace it; the people who held these anti-Muslim, anti-English worldviews [became] comfortable in expressing their points of view. And we’re seeing something similar with the alt-right.”

London’s city council is now drafting a rule that would prohibit “organizations whose ideologies are contrary” to the city’s stated values from using civic space.

City Clerk Cathy Saunders says if adopted, the policy would apply not only to city hall and the surrounding area, but also parks, sidewalks, streets, and community centres.

But that only adds fuel to the fire, Hofmann says. Curbing alt-right groups’ right to peaceful protest feeds “into the rhetoric of white masculine Christian cultures being oppressed” and confirms the idea that their worldview is under attack. It could also inspire fringe members to radicalize, he says.

Mo Salih, a London city councillor, disagrees. He says he doesn’t believe “anyone really has a monopoly on understanding on how these things happen, because there’s sometimes no rhyme or reason why a lot of people decide to take action and do negative things.” The ban, if passed, will not violate Canada’s Charter of Rights and Freedoms, he says.

The rule would undermine the right free to speech, says Amir Farahi, executive director of the London Institute, a think tank. “There is a difference between dangerous speech, which is crime, and offensive speech, which we have to tolerate even if we don’t like it,” says an online petition that he authored, which had 400 signatures at time of writing.

So how does a community counter hate-fueled ideas? Through a strong showing of peaceful community members, Hofmann says. “It’s a bottom-up message saying the community doesn’t accept them.”

London and southwestern Ontario have long been identified as hot spots for right-wing extremist activity and racism. A May 2017 London Police Service report notes that hate or bias-fueled demonstrations increased from one incident in 2013 to four in 2016.

A 2015 study estimates there were between 82 and 101 right-wing extremist groups active in Canada that year. The study’s authors estimate that Ontario has between 18 and 20 groups, each of which has up to 25 members.

Hofmann says these figures need to be updated to reflect a growing presence of U.S.-inspired paramilitary groups, such as the Three Percenters, which lent support to the London Pegida protest.

But in the long run these groups will wane in Canada, he predicts. “We just don’t have the same sort of social and cultural acceptance of these ideas as the United States does.” 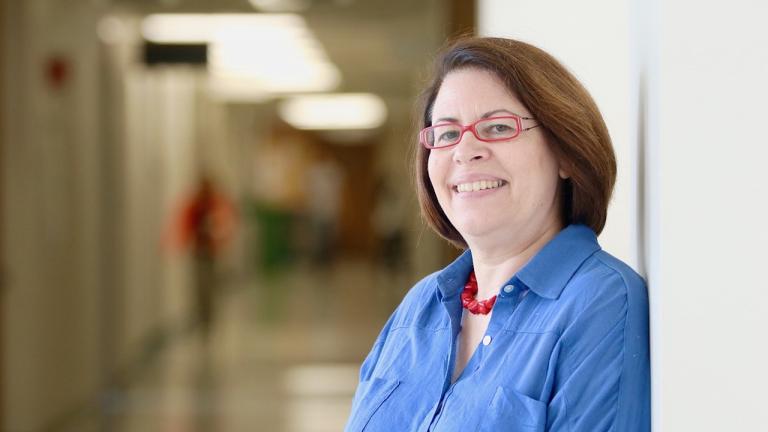