The best speech of the federal election so far came from… Stephen Lewis?

What does it say about the state of politics in Canada today that the best speech of the 2015 campaign so far was delivered by a 77-year-old man who's been out of politics for almost four decades?

And he didn't use a teleprompter.

Those were tough years for social democrats in Canada. Third place was always guaranteed on the federal scene and almost always on the Ontario provincial scene as well – except when Stephen Lewis was there. He managed to get the NDP into the official opposition role in 1975 for the first time ever.

Ever since former prime minister Brian Mulroney appointed him as Canada's ambassador to the United Nations more than three decades ago, Lewis has shifted his focus from Canadian partisan politics to wiping out AIDS in Africa. He's even managed to get some Tories like Mulroney and former Ontario premier Bill Davis to help raise money for his foundation.

But on a few occasions, he's returned to the fold to help the NDP and yesterday morning was one of those occasions. Lewis introduced Thomas Mulcair during the NDP  leader's latest sojourn through Toronto – an event that was so popular, 100 supporters had to wait outside the packed hall in the riding of Davenport because they couldn't get in.

Public opinion surveys indicate the NDP has its best and most sustained shot at 24 Sussex Drive ever.

Lewis opposed, but always got along with, Progressive Conservatives. But the rhetoric he saved for Stephen Harper suggests this prime minister is not Lewis' kind of conservative.

“Fear is not a policy. It is not an election platform," he said. "Using fear to get power suggests a deep and abiding cynicism."

Lewis’ antipathy to the current prime minister and his government is so intense it’s created a “strange bedfellows” situation even within the NDP.  Lewis was one of the most ideological political leaders in Ontario history, by his own admission. Mulcair is one of the most pragmatic, least ideological leaders in NDP history.  And yet, they have found common cause in trying to get rid of Harper.

By this point in his speech, Lewis had the crowd in a frenzy. He is now 77 years old (but looks more than 10 years younger) and reminded the audience he has been working for social democratic parties of one stripe or another since he was two. He urged the crowd to “take your vacations now, or better yet, quit your job now,” and work hard to make the NDP the next government.

“I've been waiting for this for 75 years!” he implored, the audience half applauding and half doubled over in laughter.

Lewis reminded the crowd that during his days in the Ontario Legislature, there was a civility, encouraged by premiers such as John Robarts and Bill Davis, that ennobled public life. He sees none of that in Ottawa and believes a Mulcair victory will bring civility back to Parliament. (We'll see about that one – Robarts and Davis never had to worry about Twitter or Facebook or the perpetual campaign).

I'm not sure what it says about the state of public speaking in politics today that the best speech of this campaign has been given by a guy who's been out of the game for almost four decades. But the near-lost art of moving the electorate with an impassioned burst of intelligent rhetoric may partly explain why fewer people seem to be interested in, as the baseball people say, the “small ball” of politics today.

Where have all the home run hitters gone? 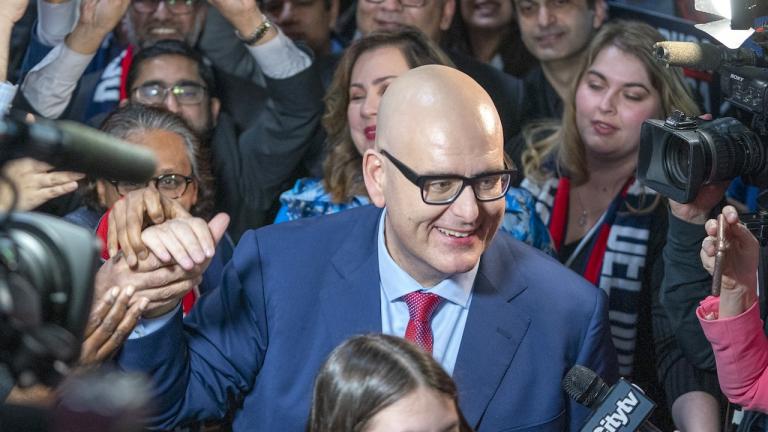 Politics
What's ON: The week ahead in Ontario politics (October 18-22)
Daniel Kitts
sfy39587stp16