Thank you for being a friend: Why Ontario is embracing co-housing

The assumption used to be one home, one family. But as the population ages and home prices skyrocket, more Ontarians are considering the benefits of co-living
By Diane Peters - Published on Jul 23, 2019
Co-housing can involve a handful of people living in their own suites and sharing the rest of the place, or it can involve duplexed buildings, where residents live in their own units. (Deborah Baic/Globe and Mail/CP)

For the final three years of his life, Shelley Raymond’s father was surrounded by others who cared for and about him. Along with three other seniors, he’d co-owned a house in Bracebridge — a home that he’d helped set up and renovate.

The four residents had their own bedrooms and bathrooms, and shared common space. A woman came daily to cook, clean, and drive them around — they shared the cost of her wages. “Dad was able to stay in that house right until the last two weeks of his life,” says Raymond. “He loved it there; he was so happy.”

Many of his housemates visited and called when he went into the hospital before his death in 2012. “They had become a family,” recalls Raymond.

Raymond, a real-estate agent based in Port Carling, was inspired by her experience with her father to launch a company called Solterra Co-Housing. Through this organization, she works with developers to build and renovate co-housing homes for seniors around the province and advocates for municipalities to accommodate co-housing.

Co-housing is when people — friends, family, or strangers —purchase homes together.  It can look like the Bracebridge house, where a handful of people have their own suites and share the rest of the place, or it can involve duplexed buildings, where residents live in their own units.

“It’s a way to get into the market,” says Cherise Burda, executive director of the Ryerson City Building Institute. Residents may share the garage and yard and pool their resources to put on a new roof or pay for landscaping. They often split expenses for such things as vehicles or caregivers.

“We need to be thinking differently about where we live,” says real-estate agent Lesli Gaynor, whose Toronto-based company, GoCo Solutions, helps people get into what she calls “co-operative real estate.” She thinks that old attitudes about one house, one family, can prevent people from thinking more creatively and taking advantage of the financial and social benefits of living with others.

“When I first started getting involved in this, people were like, ‘What is that?’” says Lesley Tenaglia, a Toronto mortgage broker who specializes in securing co-housing mortgages. Now, she says, more people are familiar with the concept. Concerns about social isolation and the cost of housing — and, for seniors, the cost of retirement homes — has made the idea of living together increasingly appealing.

Public awareness of co-housing will likely keep growing thanks to the Golden Girls Act, a private member’s bill that passed second reading in the Ontario legislature in late February. The Ontario Planning Act says that municipalities cannot discriminate between households based on whether their members are biologically related, related by marriage, or unrelated — the new bill would emphasize, “for greater certainty,” that those protections also apply to unrelated seniors.

“Municipalities should not be getting in the way of seniors with innovative housing solutions,”
says Lindsey Park, MPP for Durham, who proposed the bill.

The bill came about after four of her constituents — dubbed “the Golden Girls of Port Perry” — faced considerable opposition from the Township of Scugog when they tried to renovate a home to set it up for co-housing.

Raymond — who had been working with the women on a purpose-built home before the project got snarled in municipal red tape — says she often faces resistance from municipalities when it comes to co-housing projects. Many towns have bylaws that were intended to prevent rooming houses but that also end up interfering with co-housing options. “They don’t want a group of lower-level people living on their street,” says Raymond. “But that’s not a good enough reason to pass these illegal zoning bylaws.”

Burda agrees that the rules in many cities and towns need to change. “Our outdated zoning laws never anticipated the housing-affordability crisis we now have.”

"One of my goals was to start a conversation about the meaning of the planning act,” says Park. A trained lawyer herself, she says that many municipalities don’t fully understand its complexities. She explains that the “for greater clarity” phrase in the bill indicates that the point isn’t to change the law but to better explain it. “I’m confident that it clarifies the inclusion of seniors and will not exclude other groups,” she says.

Even without the potential zoning complications, co-housing can have its challenges. Those who purchase homes separated into different units need to look at the home’s history to ensure that the so-called secondary units have been approved by the municipality. Owners also have to make sure their duplexes and triplexes are in compliance with the fire code.

“You have to take out a building permit to fix that,” says Raymond, noting that it can cost about $40,000 to get separate units up to code in some municipalities. “Then sometimes Revenue Canada comes along,” she adds, because it assumes co-owners are making rental income.

Co-housers also often deal with barriers related to financing. “The banks are not big fans,” says Tenaglia. Lenders want to know the relationship between the people buying a home together. “For some reason, it’s higher risk,” she says.

Any group buying a home together will have a co-ownership agreement drawn up by a lawyer that lays out the rules of the house — what tasks and spaces are shared, how to settle disputes — and what will happen if it’s sold.

Banks, though, are more interested in whether the buyers will be joint tenants on the property, meaning that if one owner dies, the others inherit their share. If they are tenants in common, they can pass on their share to whomever they like.

For most co-owners, the latter option is preferable, but it could, in theory, lead to more disputes over ownership. “Every lender has their own criteria,” Tenaglia says. Some balk when there are more than four names on an application.

Other factors — one of the buyers being self-employed, for example, or having a past bankruptcy — can further complicate financing. “The extra information and circumstances decrease the number of lenders we have access to,” she says.

Tenaglia says that tighter mortgage rules have been hurting co-buyers but that that’s been balanced out by the fact that more lenders are gaining experience with co-buyers — some companies now even advertise so-called friends and family mortgages.

The paperwork involved in co-housing can be intimidating, but so can the prospect of finding the perfect purchasing partners. Gaynor has been in touch with one couple who bought a home and then struggled to find more people to buy into their six-plex. “It’s not working; you have to start with your partners first,” says Gaynor.

She worked with a group of students on a co-housing matching app called weOwn and has been holding information sessions in Toronto. “It’s hard, it’s a lot of work. There’s no co-housing college,” says Gaynor.

People like Raymond are trying to make it easier for those who want to co-house to find a home. Her business, Solterra, has already built or renovated a handful of homes in Ontario. She’s hoping to do as many as 10 new builds in Barrie over the next several years — and she’s in talks with a developer interested in doing projects in Windsor, and another with some planned for London.

It’s reasonable to think that, in the future, more Ontarians will be living together. Co-housing saves money, offers support, keeps families out of high-rise condos, and keeps seniors out of retirement homes. It may seem like a radical change, but it has roots in the past. “If you look a hundred years ago, it was normal to have multiple generations living together, where we all supported one another at different stages of our lives,” says Tenaglia. “Everybody needs support. We have to loosen up a little.”

Diane Peters is a writer and editor. She teaches at Ryerson University. 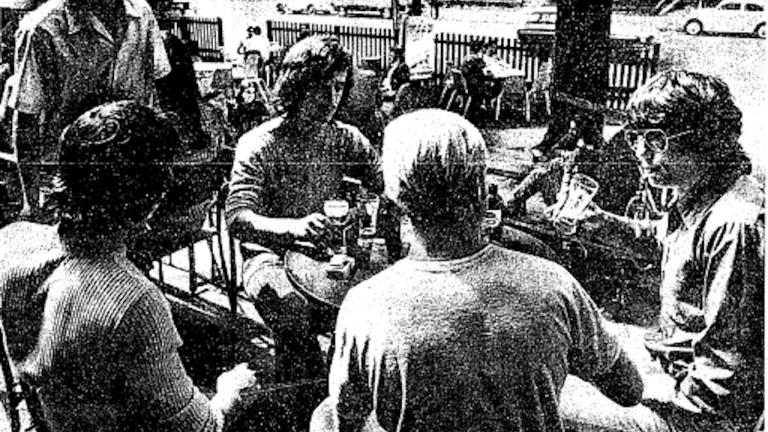