OPINION: Our pandemic response has shown how race, class, and gender determine who is most likely to be in the line of fire. We need aggressive reforms to counter systemic racism
By Grace-Edward Galabuzi - Published on Feb 24, 2021
Racialized people are more likely than those from other groups to be personal support workers. (Chris Young/CP)

The early proclamations about COVID-19 suggested that the virus does not discriminate. There was a sense that everyone was equally susceptible to this once-in-generations pandemic. But these assertions were quickly invalidated by the names and faces of those who were contracting the virus and perishing from it.

Our pandemic response has shown clearly how race, class, and gender determine who is most likely to be in the line of fire: the Black, Brown, and Indigenous Canadians who keep working during the crisis while others shelter. They must work to live because they are precariously employed, as the standard employment relationship — with one permanent employer and stable, full-time hours — is gradually disintegrating as a labour-market norm. They earn low wages and have little wealth to fall back on.

COVID-19 has demonstrated starkly how social determinants of health include employment opportunities — the sectors of the economy and forms of work that racialized, and often poor, people have access to. In contrast, white Canadians, who have more economic resources, are far more likely to be protected against these outcomes.

While there is some debate over whether class or race is to blame, this is an artificial dichotomy. We have enough documented evidence to show that insecure work, low income, and poor health outcomes are inextricably linked to both race and class. Systemic racism lies at the heart not just of economic inequality in Canada but also of how we get sick and die.

Throughout the pandemic, we have seen protection measures, particularly stay-at-home orders, exclude Canadians whose jobs were deemed to be an “essential service” — long-term-care workers, grocery store clerks, transit operators, and so on. These occupations carry a higher risk of infection by virtue of their ongoing proximity to others. Data collected so far has shown massive differences in COVID-19 infection rates between the working-class Black and Brown people who predominantly do these jobs in Canadian society and the white people who are more likely to be in office jobs that allow them to stay at home and shelter from risk without jeopardizing their incomes.

For example, racialized people — particularly Black and Filipino women — are more likely than those from other groups to be personal support workers, and there have been a significant number of COVID-19 cases among personal support workers in long-term-care homes, according to Statistics Canada data. This makes them disproportionately vulnerable to infections, and possibly death, because of the power relationships in their work.

The labour-market sorting by race, class and, gender that makes these disproportionate risks possible is the result of structural features of society that start in the school systems, operate into disparate opportunities in the labour market, and lead to uneven access to generational wealth and family income. It also stems from a lack of adequate social policy, including unequal funding formulas that mean less government support for public education in some neighbourhoods; a lack of paid sick days; crowding on transit lines serving highly racialized and low-income neighbourhoods; a lack of investment in health resources in those neighbourhoods; and the persistence of racial discrimination in hiring processes that prevent Black and Brown people from obtaining high-wage, high-status jobs, even when they have the education and experience necessary.

A number of actions are advisable here: Action on strengthening equitable access to employment for Black, Indigenous, and racialized workers. Public policy to address precarious employment and the conditions of working poverty it generates. Employment-standards reforms, such as ensuring access to paid sick days for low-income earners. Anti-poverty measures, such as improved access to housing to decrease overcrowding among immigrant populations. And disaggregated data collection so we have a fuller picture of these impacts on particular communities.

There is a role for local public-health agencies to engage directly with communities so that they can generate recommendations relevant to each community’s conditions. At the national level, the Public Health Agency of Canada should leverage its resources to declare racism a social determinant of health and work to confront it.

In total, we need a pan-Canadian strategy that includes the province and cities in implementing aggressive workplace and health-sector reforms to address the impact of systemic racism on work and life. 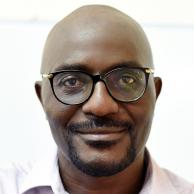 Grace-Edward Galabuzi is an associate professor in the Politics and Public Administration Department at Ryerson University and a research associate at the Centre for Social Justice in Toronto.