‘Speak or fall through the cracks’: Citizen engagement during COVID-19

As the pandemic highlights the role of governments and politics, more Hamiltonians are turning out to voice their concerns
By Justin Chandler - Published on Feb 12, 2021
Ayla Bahram, Aya Younis, and Matthew Higginson were all first-time delegates at a February council meeting in Hamilton. (escribemeetings.com)

HAMILTON — When city councillor Maureen Wilson addressed Hamilton’s general-issues committee earlier this week, dozens of residents were waiting to speak at the video meeting, which she was chairing. “I know you may be a little nervous. Please don’t be. This is your afternoon, and we are here to listen,” she said, kicking off a four-hour marathon of delegations on the city’s 2021 budget. Through barking dogs and stuttering internet connections, people of all ages spoke before council on February 8 to offer recommendations for the year ahead.

Budget delegations occur annually, and every delegate gets five minutes to speak, after which councillors can ask questions (council is expected to approve the final budget in March). This year, 54 people registered to speak or sent remarks in, up from the 33 who’d registered in both 2020 and 2019, respectively, according to meeting agendas. Some, including three first-time delegates, say this is a sign of a pandemic-related increase in political engagement. “Since everyone's home, we're all on our screens all day … We are more likely to observe what's happening and want to change these establishments,” says first-time delegate Ayla Bahram. “I think a lot of people — especially younger people — are becoming more engaged.”

Bahram, a McMaster student, leads an NDP politics club on campus. Despite not having held any events during the pandemic, she’s fielded many requests from her peers for membership or further information about the group. In her delegation, she told council that Hamilton should pay student workers a living wage and shared a personal story about working low-wage jobs to support her family. “After my father's catastrophic car accident, I became one of the primary sources of income for my low-income household at the age of 13,” she said. “I would have to work in the freezing cold in October shaking a sign for people to shop for Halloween, while my hands would get so cold, they would turn purple.”

Aya Younis, another McMaster student and first-time delegate, spoke to the same issue. Last year, Younis says, she struggled to find students who could delegate about a living wage, because they feared reprisal from their employers. This year, at least nine people delegated on the topic, and Younis was able to present a seven-page report featuring testimonials from even more students. “I think the pandemic made a huge difference,” she says, noting that more students she spoke to were facing financial strain this year and willing to speak up.

Matthew Higginson also delegated to council for the first time, focusing on the topic of road safety and sharing what it’s like to walk his kids to school on streets where he feels unsafe. He says the pandemic has allowed him to think more about what he values: “It's given me a lot of time to sit in my own privilege and to reflect on that — to do a lot of reading, to do a lot of research.” He now regularly joins online group discussions hosted by his city councillor, Nrinder Nann, and his MP, Matthew Green. He also says he’s been inspired by the work of local non-profits and activists, specifically Just Recovery for Hamilton, a coalition of non-profits that joined together to release an extensive policy paper in January.

The report outlines 150 recommendations — such as widening sidewalks and building accessible public washrooms — that the city could adopt to support vulnerable people as it recovers from the pandemic. Kojo Damptey, a coalition member who leads the Hamilton Centre for Civic Inclusion, says the goal was to go beyond line items in the budget. “The organizations that came together hope that discussions would more focus on: How do we ensure that we are investing in women? What actions can we take to ensure our local economy is thriving for everybody? What actions can we take to ensure that we're investing in green infrastructure so that we are not being left behind?”

That broader focus was central to two virtual workshops that the coalition offered late last month. Karl Andrus, a member via the Hamilton Community Benefits Network, helped lead them, conducting a crash course in how budgeting works and explaining to roughly 70 attendees how to delegate. “City budgets say a lot of about the character and makeup of the city and what it prioritizes. Residents should be the people driving that conversation,” Andrus says. (One piece of advice the hosts offered was that delegates should share their personal experiences.)

Councillor Nrinder Nann agrees and says she’s been telling residents how crucial their input is: “It's vital every year, but at a time when we're working through a human-health crisis, it is imperative for me as their elected representative to hear their lived experiences so that I can advocate for the level of services that they deserve.”

During the pandemic, Nann says, she’s heard from many constituents for the first time but is also hearing less from others. She suspects that’s because some residents are overwhelmed right now and don’t have the time or energy to think about politics: “It's a tall order to ask residents to engage in the process right now.”

That’s one reason the coalition wanted to host workshops, says member Veronica Gonzalez, of Hamilton ACORN: “If somebody is going through a struggle, they don't have the mentality” to focus on budgets.

Thank you to all the residents who delegated today as part of #HamOnt City Budget 2021. Lived experiences must inform policy decisions. We heard powerful testimony on the choices this Council has the power to make. Budgets are investments into what we value most. #JustRecovery

It’s common in times of crisis for some people to become more engaged and some less, says Thomas Klassen, a professor in the School of Public Policy and Administration at York University. “I think there is a group of people who — because of income insecurity, because they've been laid off, because of mental health — tuned out.” However, he adds, the group that becomes more engaged in a given crisis is typically larger.

Politics has become more immediate for everyone, he says: increased reliance on social supports has been a regular reminder of the functions of government, and more people staying home means a greater awareness of what’s happening in our neighbourhoods.

“Is this a permanent change? No,” Klassen says. However, he suggests there could be long-term implications. “I'd like to be optimistic that, once people have taken a step, whether it's just to send an email to their city councillor or become involved in the budget, that it’s something you don't turn off when we're all vaccinated and life gets back to normal,” he says. “I think this is a time where perhaps we've gone to a different level, and most stay there in the future.”

Klassen acknowledges that it’s unlikely that a five-minute delegation will substantially change a city’s budget, especially since months of work have already taken place before public consultation. Still, he thinks repeatedly hearing the same messages from residents will have an impact on councillors’ future decisions. 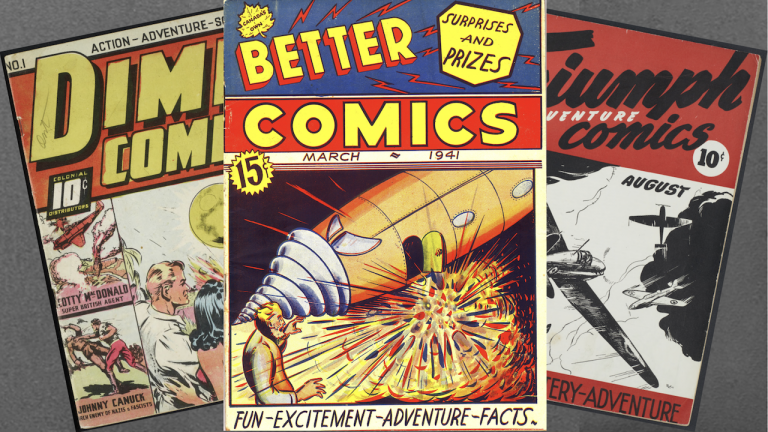