OPINION: Housing is both a human right and a profitable asset — and that’s the problem
By Brian Doucet - Published on Dec 15, 2021
Most new towers going up across our cities contain small studio and one-bedroom units. (ChristopheLedent/iStock)

It seems as if everyone is talking about housing these days. For many, it is in a state of crisis. But for others, it is a market doing exactly what it should be doing: making money. The crux of the housing problem is that it is both a basic human right and a commodity from which to extract wealth.

Most housing debates largely ignore this contradiction. Those who oppose new developments and those who believe we need more housing both focus on numbers, design, zoning, and density. These perspectives miss key questions about housing for whom, against whom, who profits, and who is excluded.

In many neighbourhoods in Canada, zoning rules dictate that the only type of development permitted is the demolition of a small house to replace it with a big one.

This has no net effect on supply and can dramatically raise prices. It’s not uncommon for desirable neighbourhoods to both gentrify and decrease in population, while the number of homes remains static.

As a result, there have been calls to change zoning rules to increase density in neighbourhoods where only detached or semi-detached houses are permitted. Known as upzoning, this allows for taller buildings and more housing units, including triplexes, town houses, or small apartments, often referred to as the “missing middle.”

Agenda segment, May 11, 2021: Can government control the housing market?

Increasing density in the city can curb sprawl at the periphery, which preserves valuable farmland. This was an important aspect in the recent decision made by councillors in Hamilton to stop urban-boundary growth.

New Zealand and a number of cities and U.S. states have all eliminated single-family zoning — although, in each case, the question of what to build (and for whom) has been left to the market.

While there are many good reasons to upzone, there is little research indicating that, on its own, market-driven upzoning produces the types of housing cities need in sufficient quantity to tackle affordability problems.

There is also evidence to suggest upzoning can raise prices without actually adding new supply, further fuel speculation, and lead to the development of more luxury units.

Despite this, there is still a persistent belief that upzoning specifically — and increasing supply more broadly — is the key to solving the affordability crisis.

There is growing evidence to indicate that, in Canada, new housing supply meets or even exceeds population growth, especially in the biggest cities and hottest property markets. Some of the biggest price increases on record have been in the last quarter, when 18 homes were completed for every new person.

But we need to move beyond focusing purely on the number of new houses and how that relates to population or household change. The answers to the housing problem are far more complex and require a deeper understanding of what type of supply gets built, what type does not get built, and what is lost as cities grow and redevelop.

Reducing demand from speculators is key. In Ontario, a quarter of all home buyers are investors. A recent survey found that 20 per cent of homeowners under 35 in the Greater Toronto Area own more than one property. The Canada Mortgage and Housing Corporation links skyrocketing housing costs to speculative investment. Even the Bank of Canada is now concerned about the role the commodification of housing is playing and has noted that investor buying has doubled in the past year.

Therefore, simply adding supply isn’t the solution. Speculators both increase demand for housing and shape the supply that gets built. Investors love small condos, so most new towers going up across our cities contain small studio and one-bedroom units. This does little to address demand for shelter, particularly for those on low to moderate incomes or for families looking for larger dwellings in urban neighbourhoods.

This fixation on uncritically adding new market-driven supply also ignores existing affordable housing that is lost when neighbourhoods gentrify or are upzoned. Some of this occurs when small apartments and rooming houses are demolished, a process known as “demoviction.” My research team, working closely with the Social Development Centre Waterloo Region, has been documenting the rapid erosion of housing that is affordable for people on low incomes.

Renovictions also contribute to this loss. This is a process where landlords evict tenants, renovate their units, and rent them out at higher rates. As planning scholar Martine August has found, this is often carried out by large financialized landlords who have been acquiring apartment buildings across Canada for many years.

To make cities affordable, upzoning will need to consist primarily of new social housing and other forms of ownership, such as co-ops and rent-controlled apartments that are off limits to speculators.

Fortunately, there are many examples across Canada and beyond that treat housing as homes, not as investments. Private developers do not hold a monopoly on adding supply. Community land trusts and housing authorities offer possibilities to decommodify housing by taking it out of the speculative market in creative and sustainable ways.

Publicly owned land provides the spaces to create the kind of housing that the market is unwilling or unable to build. It should not be sold to private developers, especially at discounted prices, for a quick profit.

Changes in zoning also need to be accompanied by proactive policies to shape what gets built and for whom. Montreal has new rules stipulating that many developments need to consist of at least 20 per cent social housing, 20 per cent affordable housing, and 20 per cent family units.

Other approaches include primary-residency requirements for owner-occupied units to restrict investors, speculation taxes for investment properties, and incentives for purpose-built rentals. After implementing the latter, Burnaby, British Columbia, has seen a surge in new non-market rentals.

To protect existing affordable housing, strong rent controls — including when a unit becomes vacant — also have an important role to play. Rent controls on vacant units were eliminated in Ontario in 1996; this creates an incentive for landlords to evict tenants, even during the pandemic.

Other examples include rules in New Westminster, B.C., that fine landlords who do not provide temporary accommodation while their apartments are renovated. The City of Montreal also has the right of first refusal of any property that comes up for sale.

To make housing more affordable, we need to confront its roles as both shelter and commodity. Housing supply needs to grow with our population, but it must address need — not investor demand. All levels of government can implement proactive policies to make existing and new housing affordable. The provincial and federal governments need to return to funding new non-market housing, as they did until the early 1990s.

Solutions need to focus on decommodifing housing while supporting its role as a human right. That means that the rights of some to profit from housing will need to be curtailed so that everyone has the right to live in cities. Decades of housing research have shown that leaving the question of supply to market forces, developers, and speculators will add some new housing and make some people a tidy profit but will do little to address the crisis facing a growing number of Canadians. 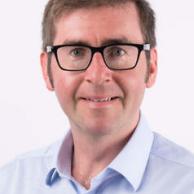 Brian Doucet is Canada Research Chair in urban change and social inclusion at the University of Waterloo.