Setting the rules of engagement for election debates

Questions on TikTok? A solo moderator? More head-to-head leaders’ discussion? Here are some of things debate organizers will be mulling before we all head back to the polls
By Steve Paikin - Published on Feb 05, 2021
Former governor general David Johnston is heading up the Leaders’ Debates Commission. (Sean Kilpatrick/CP)

Why, on the eve of your 80th birthday, having not long ago served a highly successful term as governor general, would you take on a new, tough, demanding job that’ll likely mean you’ll be attacked whatever you do?

Strangely enough, I don’t think David Johnston, Canada’s governor general from 2010 to 2017, asks himself that question very much. Or maybe ever.

Johnston’s commitment to doing whatever he can to further social cohesion and democracy in Canada is well-known. So when Prime Minister Justin Trudeau asked him to head up a new Leaders’ Debates Commission, he said yes, despite being at a stage of life when most people are content to put their feet up.

Strangely enough, we’ve never had an official debates commission in Canada — no organization with the legal authority to stage leaders’ debates, establish the rules, and figure out who should be invited (and who shouldn’t be). It’s always been an ad hoc thing organized by the country’s major broadcasters after elections have been called.

But now, backed by an order-in-council of the federal government, we have an official debates commission. So Johnston convened an informal Zoom chat with 20 interested observers last week and got lots of advice on how to proceed. After all, we may be into an election sooner than we know.

In Part 1, I talked about what criteria should be met for a party leader to earn an invitation to the debate stage. In this column, we’ll get into a host of other issues.

In some ways, Johnston is the perfect person to figure all this out. After all, he was the moderator at what has been widely regarded as the most important and influential election leaders’ debate in Canadian history.

He was the guy in the chair in 1984 when Brian Mulroney pointed at John Turner and criticized the prime minister for his recent spate of patronage appointments. Despite Turner’s protestations that he had “no option,” Mulroney attacked him and assured him that he could instead have said, “No, this is not good for Canada!”  Overnight, the polls flipped; Mulroney went on to win the most seats of any government in Canadian history.

But those were simpler times. There were only three leaders on that debate stage (the NDP’s Ed Broadbent was the third), and the format called for a series of one-on-one confrontations. Everybody followed the rules, and, even when things got heated, it was still civil.

The beauty of that format was that the two men who stood the best chance of emerging as prime minister on election day had to face off against each other. As one of our observers on the Zoom call noted: “If we had let Broadbent chime in on whether Turner had an option — well, it would have lost a lot of its punch.”

One thing we learned from the 2019 leaders’ debate: those one-on-one moments no longer seem possible. There were six party leaders on that debate stage. Would Canadians sit through multiple segments in which the leaders of the Bloc Québécois and Green Party faced off? Or the People’s party and the NDP? One never knows, but it sure feels as if many Canadians would take that moment to visit their refrigerators.

Making matters worse, the media consortium responsible for mounting the 2019 debate insisted on using it as an opportunity to promote its star journalists. So there were five moderators. If there was one thing our Zoom group agreed on, it was that that’s four moderators too many. Using a baseball analogy – it’s impossible for pitchers to understand where the strike zone is if you’re changing the umpire every other inning.

The group seemed to coalesce around this idea: if you want multiple people out there, have one moderator exercising overall authority and journalists on a panel asking questions.

Both the 2019 Canadian debate and the gong show that was Trump at the first presidential debate suggest that it might be a good idea to give the moderator the authority to cut the leaders’ microphones if they become too uncivil. There was total consensus on this. If there’s one thing viewers repeatedly tell pollsters, it’s that too much cross-talk makes the whole exercise pointless.

Given the possibility that we’ll head to an election while a pandemic rages — meaning it’s unlikely anyone will be holding traditional campaign events — should we considering hosting more debates? Would Canadians like to see weekly virtual debates on a variety of topics? Or would they be content with one winner-take-all show? Johnston will have to figure that out, too.

There were no opening or closing statements in the last leaders’ debate. That, one of our contributors noted, put a ton of pressure on the leaders to get their talking points in during the back-and-forth. It took away spontaneity and entrenched the notion that the public wasn’t seeing a genuine conversation. Maybe bring back the opening/closing statements?

Johnston will also have to determine whether fact-checking the candidates is part of the moderator’s role. One political scientist on our Zoom call said he hoped it wouldn’t be, since his research shows that 40 per cent of fact checks are themselves wrong.

There are also questions to be answered as to how much experimentation ought to happen. At a recent El Salvador leaders’ debate, the moderator pulled questions randomly out of a fishbowl. In Argentina, the questions were put on a table, and the candidates themselves chose which ones they’d tackle. In Mexico, the moderator asked one leader a question, then the remaining four party leaders could comment on the answer.

Johnston also needs to decide whether a major purpose of the debate is to reach as big an audience as possible. If so, that potentially argues for more legacy-media partners, a bigger role for social media (questions submitted on TikTok?), and maybe an audience in the hall asking questions. While that might democratize the process, past experience suggests it could needlessly complicate things and turn the event into more of a spectacle.

Regardless of where the commission eventually lands on all these issues, one thing seems certain. It would like to create a process that results in energetic but civilized discourse among the leaders — which one hopes would encourage more civility in broader society and enhanced trust in public institutions.

“Our democracy is fragile,” one of the participants on the Zoom call said. “You have to constantly cultivate the garden to ensure the weeds don’t take over.”

Johnston seems like the ideal gardener for the job.

Politics
The Greens have a housing platform, and it’s good. Can it survive housing politics?
ANALYSIS: Leader Mike Schreiner tells TVO.org about his party’s housing platform — and how to get the public to accept having more homes in their neighbourhoods.
John Michael McGrath 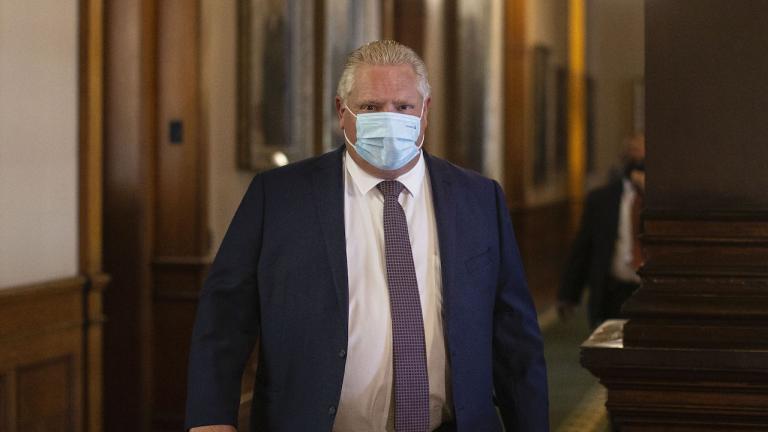 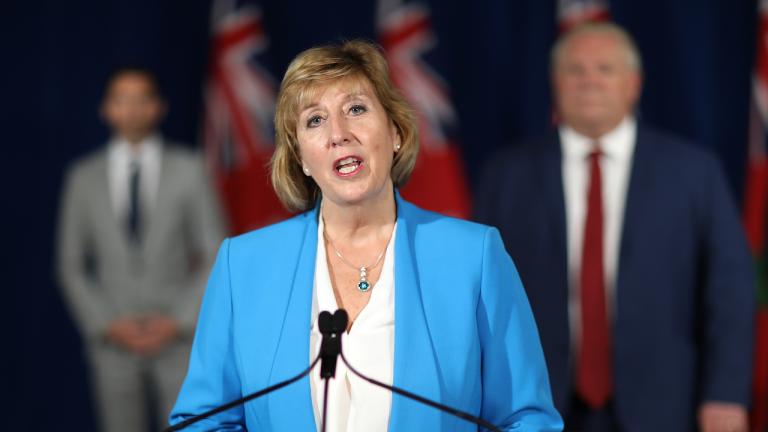