Saying a final goodbye to a dear friend

By Steve Paikin - Published on Mar 29, 2018
Caren McCracken ended her own life Wednesday after a battle with cancer. (Steve Paikin)

​I saw my friend Cynthia Mulligan from CityNews yesterday at this year’s Ontario budget lockup, where hundreds of journalists, barred from using their cellphones or the internet, gathered to pore over the 2018 document.

“How many is this for you?” I asked her.

I paused and thought about it for a moment. Truth be told, I can’t remember anymore. “Sounds about right,” I said. Then we laughed and got back to reading our budget documents.

While I can’t say how many lockups I’ve attended, I can say without reservation that yesterday’s will go down as the most memorable — and not because of anything on the province’s balance sheet. As I looked over the budget, one of my family’s best friends ended her life. And while I enjoy the annual budget lockup ritual as much as the next journalist, I couldn’t help but think that this year, I shouldn’t have been in there.

Let me tell you about Caren McCracken (yes, Caren was unique and so was the way she spelled her name). She was simply one of the loveliest people I have ever known. She was tall and athletic, and as long as I knew her (about 15 years), she got up before 5 a.m. every day and ran six kilometres around the neighbourhood with her dog, Wilson. (Actually, now that I think about it, she did that with her two previous dogs as well.) 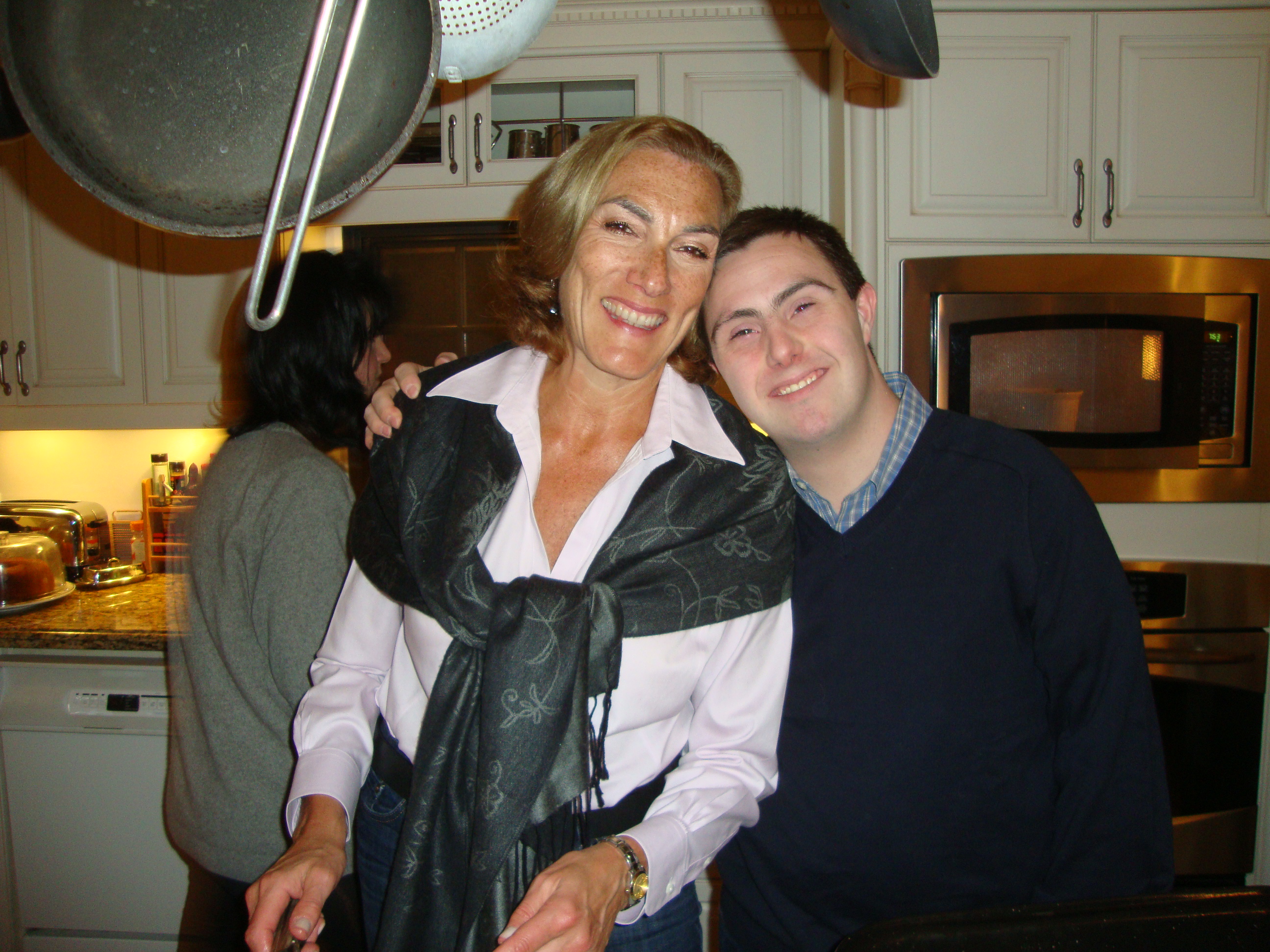 She married her Western University sweetheart, Gary, whom she met at a social event. She knew right away that they were going to be together forever. Both Caren and Gary were on track to have successful careers in the financial-services industry. (Caren ended up at TD Bank, and Gary started his own executive search firm). They eventually married, after which life — as it so often does —handed them a challenge. Tests showed that Caren’s baby would be born with Down syndrome. Caren didn’t care. She stopped worrying about her career trajectory. Mike McCracken would be her new project in life, and she dove into it with ferocious enthusiasm. She wanted her son to be all he could be, recognizing that, while he was “high-functioning,” Mike would need supervision his entire life. He would also be the McCrackens’ only child.

Our family first met the McCrackens in a quintessentially Canadian way. It was a snowy night, and we’d just moved into a new neighbourhood. Gary walked down the street, shovel in hand, to welcome his new neighbours, and asked whether we needed a hand shovelling. We started as neighbours. We became so much more.

Over the years, we discovered that we weren’t much into raucous New Year’s Eve partying, so we took turns coming to each others’ homes to ring in the new year. Every year, Gary would put together a list of dozens of questions — prompts for predictions of what might happen in the coming months (who will win the Stanley Cup? Who will be premier this time next year?). Then he’d hold the ballots until the following year, when we’d review our responses and mercilessly tease each other about how stupid some of them had been. It was so much fun that my parents even participated over the phone from Florida. Whichever kids happened to be in town would join us, too. Bragging rights were at stake.

Our 2017 get-together was particularly poignant because we knew it would almost certainly be Caren’s last. At 63, she had discovered that spring that she had contracted pancreatic cancer, the disease that had killed her father at about the same age. When she and Gary asked her medical team about potential treatment plans, the doctors had to deliver the stark news that there really was no treatment plan. Barring a miracle, the diagnosis was a death sentence.

We all found the news impossible to believe. My goodness, she was still out jogging six kilometres every morning! She wasn’t in pain. She looked as healthy as she always had.

But over the last few weeks, as the cancer ate away at her, the decline was precipitous. Strangely enough, she didn’t look that different — but she was constantly bombarding her system with chemotherapy, radiation, drug cocktails, and invasive surgeries.  She couldn’t eat anymore, she constantly felt weak, and she knew the end was coming.

Caren decided she wanted to have some control over her departure from this world, so she and Gary came to our home a couple of weekends ago to ask whether we’d serve as witnesses for the paperwork that that would give her the option of a medically assisted death, should she want it. We sat silently in shock, signing where required. How was this possible? She barely looked sick, let alone terminal.

A few days ago, Gary told us that Caren had had enough. She had made the decision to end her life under Canada’s new medical assistance in dying law. It would take place at 3 p.m. on Wednesday, March 28.

We were all overcome by the unreality of it all. Then I realized that, goddammit, I’ll be in the budget lockup. For goodness’ sake, no.

Gary emailed me to say that Caren was too weak to receive visitors, but that if we wanted to say a final goodbye, we could call on Tuesday morning. And so we did. The whole thing was overwhelming. What do you say to one of your best friends when you know it’s the last time you’ll be speaking to her? How do you thank them for 15 years of glorious friendship and wonderful memories, but not be consumed by the injustice of it all?

As she always did, Caren made it easy. She had made peace with her decision. She wanted to say her goodbyes while she still had enough strength to speak in her own voice.

She wasn’t angry — or if she was, then she was too weak to express it. The cancer was making her life a living hell. We assured her we would always be there for Gary and Mike (and the dog, too). Caren was the backbone of the McCracken home. How was it all going to work without her? We assured her it simply would. Gary has tapped into reservoirs of emotional strength I suspect he never knew he had. We all love you, Caren, we told her. We will make it all work. You don’t need to worry about anything.

That was our final conversation.

I woke up at 2 a.m. on budget day and was overwhelmed by the absurdity of my being in a lockup while our dearest friends were engaged in this existential crisis. Call it the final insanity of an inexplicably sad situation.

I just couldn’t get back to sleep. I emailed Gary, who, unsurprisingly, wasn’t asleep either. I told him that one of the ways I deal with life’s hardships is to write. I told him that I wanted the world to know about Caren — her fortitude, the joys of being in her company, and ultimately, how she chose to end her days. I wanted Gary’s blessing, and got it.

After the budget lockup ended and I was once again connected to the outside world, I sent Gary an email from Queen’s Park.

“You beat me to it,” he answered. “I was just about to send you a note. Caren is gone. She passed away at 3:32 PM ... I can’t begin to describe how agonizingly difficult the last few weeks were for us ... Mike and I must begin to build our new life now. Wish us luck. That’s it for now. Long live Caren, in our memories.”

Caren McCracken was determined to have the final say during a process in which she had no say over her destiny. We are so much better for having known her. And our lives are so much worse now that she’s gone.

Coronavirus
COVID-19: What you need to know for April 15
The latest coronavirus updates from across the province.
TVO.org staff