This community pays homage to a local artist — and Canadian currency — in a very big way
By Marsha McLeod - Published on Jul 16, 2021
Campbellford’s Giant Toonie was installed in 2001. (Logan Roddy)

What is Ontario’s greatest roadside attraction? Check out our playoff bracket and vote for your favourites all week.https://t.co/Gh8OAwgTCz

“No need to drive all the way to Sudbury just to see a nickel when you can see a toon right here in our area.”

So says one Trip Advisor reviewer of Campbellford’s giant monument to Canada’s two-dollar coin, or “toonie.” At more than eight metres tall, the monument may be bested in size by Sudbury’s Big Nickel — the subject of Wednesday’s feature — by just under a metre, but there’s no competition in terms of value, says Catherine Redden, a councillor with the Municipality of Trent Hills and former mayor of Campbellford.

“How many nickels go into a two-dollar coin, for heaven’s sake?” Redden says with a laugh. “We can match up any day.”

Campbellford’s monument pays homage to the wildlife and landscape artist Brent Townsend, who created the now-iconic image of a polar bear on an ice floe that adorns the tails side of the toonie. Though born in a suburban Toronto neighborhood, Townsend has long been a resident of the Campbellford area. His design was introduced in 1996, when the Canadian government made a switch from two-dollar bills to coins.

The toonie was a great cost-saver: although in the switch-over, vending machines and parking metres needed to be adapted to fit the new bi-metallic coin, its lifespan is about 20 years, while the two-dollar bill’s was only a year. Since 1996, more than 675 million toonies have gone into circulation and found their way into Canadians’ pockets, change purses, and wallets.

The push for a monument in Campbellford was led by late council member Lillian Potten-Turner, who approached the federal government for permission to create a toonie replica — and to dub Campbellford the “Home of the Two Dollar Coin.” Potten-Turner was “an incredible person,” Redden says. “Her focus was on promoting the community, bringing people together to celebrate their heritage, celebrate the community — the people within it, their talents — and she felt this was one way to bring recognition.”

In the paperwork, Campbellford was asked not to refer to the giant coin as a “toonie.”

Asked why, Redden pauses, then says, “I am not really sure. I think ‘toonie town’ and those kinds of words were not exactly how they wanted it described.” While the town agreed, Redden says, “I think that’s gone by the wayside.” The monument, which was installed in 2001, was made by a local welder named Steve Redden, who is also the nephew of Redden’s husband.

Located in Campbellford’s Old Mill Park alongside the Trent-Severn Waterway, the coin brings a steady stream of people seeking a picture underneath it, Redden says, noting that they often pose with their arms stretched up, as if they’re holding it. It sits on the former site of the Trent Valley Woollen Mill, established in 1879, which later became the Campbellford Cloth Company — that business was demolished in 1979.

“It's a monument not only to the artistry of Brent Townsend but to mark the spot where so many people earned their living for many years in this community,” Redden says. “It draws attention to the fact that we have such a creative community — there are so many artists, artisans, and musicians in this area.”

The Attendant Services Program helps disabled students live an independent life. With classes returning to normal, why hasn’t the university brought it back? 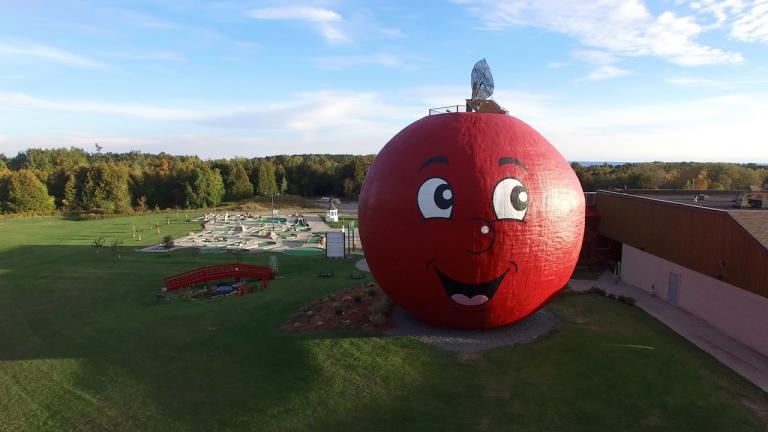 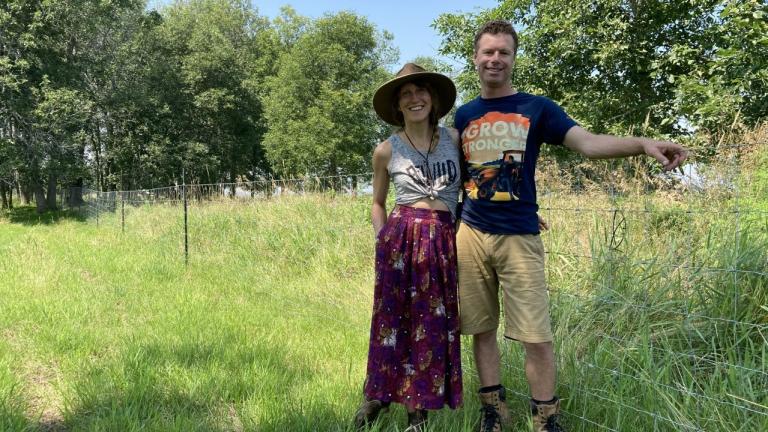 Eastern
Why these farmers are welcoming muskrats, birds, and snakes
Marsha McLeod
sfy39587stp16