Riots, dances, and parades: How Ontarians marked victory in Japan

After the news came in that Japan had surrendered, people across the province poured into the streets — and besieged police holed up in an LCBO
By Jamie Bradburn - Published on Aug 15, 2020
Premature celebration of victory over Japan in Toronto's Chinatown on August 12, 1945. (City of Toronto Archives, Globe and Mail fonds, Fonds 1266, Item 98337)

After several days of anticipation, and some premature public celebrations, Ontarians received the news they’d been waiting for: at 7 p.m. on August 14, 1945, American president Harry Truman and British prime minister Clement Atlee announced that Japan had accepted an unconditional surrender, bringing the Second World War to an end. Within minutes, Canadian prime minister William Lyon Mackenzie King had summoned the Ottawa press gallery and confirmed the news. King declared August 15 a national holiday, one that would go down in history as Victory Over Japan Day.

At his press conference, King suggested that the country’s first task would be to maintain a permanent peace. “We must do all we can do toward that end, and the right place to begin is in the attitude of the individual toward others,” he noted. “We must get a new conception of life, a new attitude toward our fellow men.”

Though most Ontarians hit the streets to celebrate the moment they heard about the surrender, some places were already in a partying mood. Chrysler’s production lines in Windsor had already shut down, while Ford workers waited for the go-ahead to leave. They knew that auto production was winding down for the day in Detroit, where street celebrations were already underway. Sales of flags and other victory paraphernalia in downtown Windsor were brisk throughout the day. When the news broke, guests at two downtown hotels ripped apart pillows and tossed feathers out the windows after they ran out of paper to turn into confetti.

Toronto city officials rapidly prepared for what was coming. Councillor David Balfour, speaking to the press in place of Mayor Robert Hood Saunders, urged grocery clerks, restaurant workers, and food-delivery people to “stick with their jobs and not panic with the news of final victory.” Noting that revellers would be hungry, Balfour warned that “we must not let ourselves be stampeded into shutting up shop the minute the word comes.”

Celebrations followed a similar pattern in communities across the province. People poured into the streets and made as much noise as possible. Scattered rain across the province did little to dampen the enthusiasm. Church bells rang. Industrial plants blew their whistles at full volume. Fire engines turned on their sirens. Effigies of Japanese emperor Hirohito burned. VJ Day began in most communities with a military parade and a religious “thanksgiving” service, usually at the local cenotaph or town hall. After some afternoon baseball games, communities gathered in the evening for a singalong or street dance. Some people got carried away: in downtown Newmarket, for example, schoolboys pelted one another — and innocent bystanders — with rotten fruit. In some places, bands travelled from town to town, occasionally causing delays to official celebrations: in Orono, the victory parade was pushed back an hour because a band was late arriving after a gig in Peterborough.

“A fife and drum band supplied music and the floats and decorated cars and trucks all made up a gay procession. The ‘town fathers’ were riding on a trailer pulled by Ward’s tractor and were wearing stove pipe hats as they sat around the Municipal Board. Following them were some town ladies decked out in gay costumes,” wrote the Markdale Standard of its town’s victory parade. “The hospital burlesque featured five nurses from the local hospital with two ‘doctors’ equipped with bucksaw in the act of operating. One truck gaily decorated was filled with town youngsters, some ‘dressed up’ enjoying the one day in a life time. Another caricature showed a Chinaman, a Japanese form, and a pair of clowns. For a procession hurriedly arranged, it created quite a bit of fun for spectators as well as those taking part.”

In cities, traffic halted as people filled the streets. Anything related to the military, including volunteer canteens, drew large crowds. Street vendors hawked all kinds of items: in Toronto, women could purchase red and orange bands that indicated they were still single. Telegram offices in Ottawa were swamped by young women arranging to meet their boyfriends. In front of that city’s American embassy, a crowd began singing “The Star-Spangled Banner.”

Some of the liveliest celebrations were held in Chinese neighbourhoods, where the surrender also marked the end of Japanese aggression against China, which stretched back to the invasion of Manchuria in 1931. Toronto’s Chinatown, then located along Elizabeth Street, shut down immediately. A parade of dragon-headed dancers quickly formed. “Behind them,” the Globe and Mail reported, “came truckloads of people, with hundreds hanging on to a single vehicle. Many of them carried everything from Chinese cymbaleers to children with rattles and horns and whistles. In turn came perhaps the longest and widest and happiest snake-dance the city has every seen.” The crowd cheered for Atlee, Stalin, Truman, and Chinese nationalist leader Chiang Kai-shek. Non-Chinese people joined in these celebrations across the province, joining dance lines, offering congratulations, and — as was reported in such cities as Hamilton — shaking the hands of Chinese merchants.

On VJ Day, during official ceremonies for the Chinese community on Ottawa’s Albert Street, Mayor Stanley Lewis expressed hope that Canadians would help China get back on its feet. Chinese ambassador to Canada Liu Shih Shun praised Canadian efforts to arm the Chinese and urged all countries to plan for “decent, normal life” for their residents, a life “which must never again be disrupted.” The appreciation of the Chinese effort during the war, along with growing pressure from labour unions, politicians, and war veterans, would lead to the repeal of the repressive Chinese Immigration Act two years later (though race-based restrictions remained for another two decades).

While the celebrations were good-natured in most places, they took a darker, booze-fuelled turn in Sudbury. The declaration of a public holiday meant that all beer and liquor stores would be closed — a source of annoyance for those already frustrated by wartime alcohol rationing. Starting at 10:30 p.m. on August 14, up to 3,000 people, mostly young men working in the mining industry, went on a five-and-a-half hour looting rampage, smashing the windows of 37 downtown businesses, lighting fires, and stealing (and promptly consuming) booze wherever they found it.

At midnight, six police officers and three employees were under siege at the LCBO store, trying to hold back looters who smashed the outdoor lighting and used boards torn off the windows as battering rams. After a 10-minute battle, the looters broke in and stole up to 4,000 bottles of liquor before being dispersed with tear gas and fire hoses. They proceeded to empty the city’s main beer warehouse. The RCMP and the International Nickel Company’s security force were brought in as backup, but every time a crowd was broken up, it reformed somewhere else. According to one account, boys as young as 11 were hauling beer away. Damage was estimated at $40,000, and 28 men were arrested. A similar situation looked to be developing in Hamilton, where teens attempted to break into liquor stores, but authorities quickly put a stop to it.

In a major VJ Day announcement, the federal government ended three years of gasoline rationing. Service stations felt the effects immediately: Motorists called to verify that they could fill up as much as they wanted. Some stations ran out of fuel. A front-page picture in the Windsor Daily Star showed a woman lighting a cigarette with a burning ration coupon. Other federal plans announced that day involved increasing production of civilian vehicles, making more synthetic tires available, further developing plans to implement meat rationing in the fall, and continuing with a Victory Loan drive in October.

In Toronto that day, Premier George Drew spoke at the official ceremony at the cenotaph in front of City Hall (now Old City Hall). “If the spirit of co-operation which helped to achieve victory is maintained, V-Day will not be the end, but the beginning of the greatest period of hope in all history,” Drew told the crowd of 10,000. United Nations flags flew as bands played and the crowd sang “O God Our Help in Ages Past.” An afternoon baseball doubleheader at Maple Leaf Stadium smashed the attendance records that had been set during celebrations of the coronation of King George VI in 1937. The crowd of 19,192, which included more than 1,000 members of the armed forces, saw the Maple Leafs (who then played in the International League, one level below the majors) score two victories over the Newark Bears. Before the first game, a minute of silence was held to remember the fallen. In between games, Mayor Robert Hood Saunders led the singing of a hymn. Torontonians wound down their day in the city’s parks, dancing to military bands or joining in community singalongs. None of those dances, though, was as large as Ottawa’s, which drew 50,000 people to Mackenzie Avenue.

Reflecting on the war’s end, editorial writers contemplated what a hopeful future would look like. “The tremendous destructive power, climaxed by the atomic bomb, which we have learned to use in war must be reconciled to the ways of peace,” the Newmarket Era and Express observed. “We must readapt our economy, disarm our foes, and propagate the tenets of order and justice on which democracy is founded in all parts of the world. More than that, we must as individuals look to the future with the sure conviction that if we desire it enough, a lasting peace may be had.” 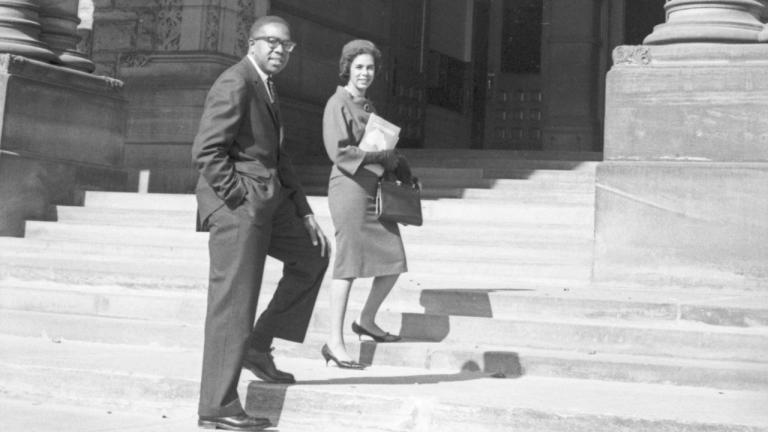 History
The life and legacy of Leonard Braithwaite, Ontario’s first Black MPP
Elected in 1963, the Liberal took on segregated schools and sexism — and faced prejudice at Queen’s Park.
Jamie Bradburn

History
The Desecration of Priceville's History 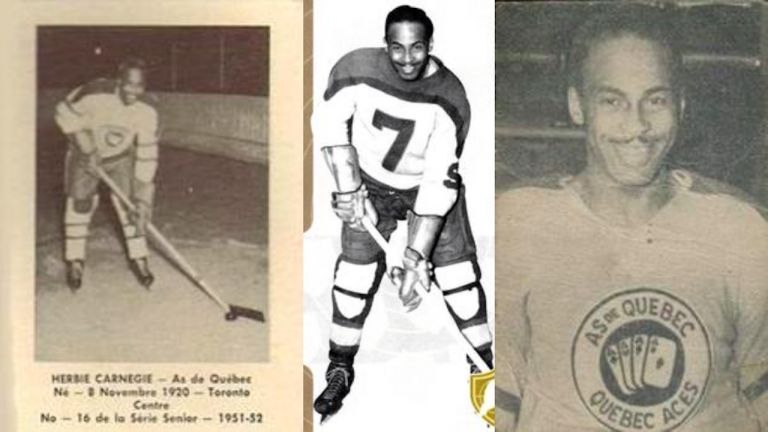 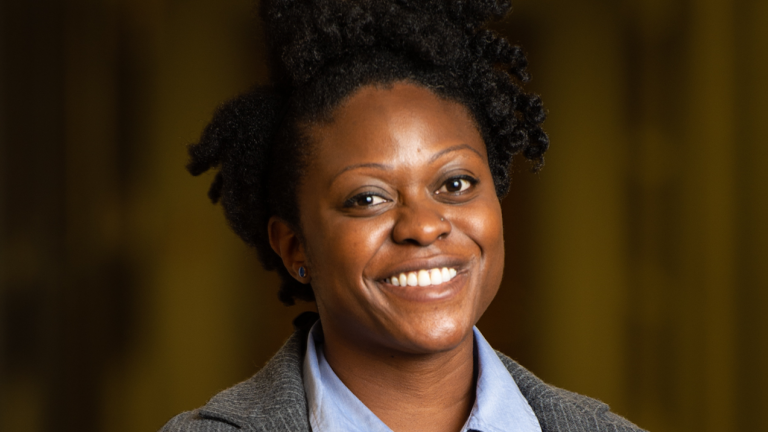