Revenge of the youngest brother

The following excerpt is from the first chapter of The Barefoot Bingo Caller by Antanas Sileika, the author of four previous works of fiction. The book, published this year by ECW Press, is the basis for the author's interview with Nam Kiwanuka on The Agenda in the Summer.

To prevent me from reading all day long my mother bought a piano.

A piano demonstrated that she had finally got back something of what had been lost by the war. A piano represented culture and achievement, and her youngest son was to be the embodiment of the return to grace. All the better that no one else on our working class street in Weston owned a piano.

Although I had no musical talent, I could use the piano as a form of retaliation upon my much older brothers.

I loved nothing on television so much as movies, especially the old ones and even the corny serials that had once been shown in cinemas before the war. Sunday afternoons were zones of freedom for all of us after church and before finally buckling down to do 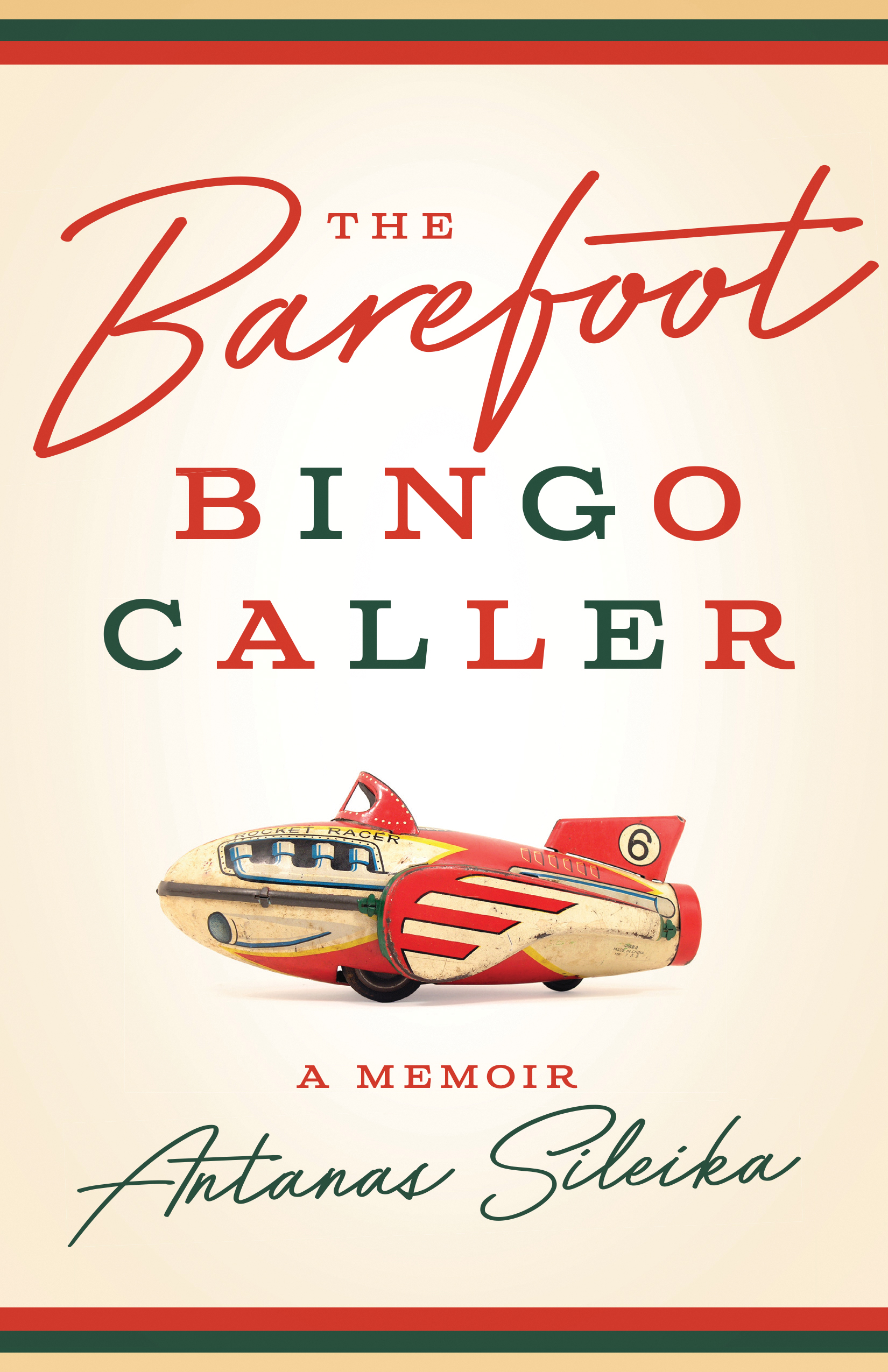 homework on Sunday nights. Serials and double-header movies played on TV in the afternoon but, sadly, so did Wide World of Sports.

My older, more powerful brothers would watch any sport at any time. I didn’t begrudge them the baseball and football games on TV, and we all loved hockey, but they would watch anything, from water skiing to pole vaulting to motorcycle racing. I found it a crime that arcane sports, barely sports, trumped my movies. So I sought revenge.

“Why are you playing the piano?”

“Why do you have to practise while we’re watching TV?”

“I have to practise whenever I can.”

“We can’t hear the announcer.”

To add pungency to my aggression, I played badly, repeating errors without ever correcting them. Playing badly took no extra effort. I did it naturally, to the acute pain of not only my brothers, but also my piano teacher, Mr. Rose.

After giving up on personally teaching me, Mr. Rose kept assigning me to new and different piano teachers in his school. One died, to be replaced by another who liked to mimic students’ playing by simultaneously playing on their forearms. After some alert parents had him fired, my next teacher was Frank, a hairy-fingered Italian who taught to make a few extra dollars to supplement his job playing for burlesques at the Blue Angel. Frank had seen it all, and the Tony Bennett knock-off let me bang away unchastised through clouds of his cigarette smoke. If I aggravated his hangover too much, he’d tell me to run across the street to Inch’s Drugstore to get him a cup of coffee.

My brothers used the same tactic. “At least bring us some Kool-Aid.”

“We’ll give you a quarter.”

I knew their weaknesses and they knew mine. A quarter would pay for a comic, a bottle of pop, and a small bag of chips. I brought them their Kool-Aids and lived in the dream of collecting the quarters, which were really nothing more than notional coins, bitcoins of the past, because they existed only as abstractions.

Older brothers were mixed blessings. They were frenemies avant le mot: champions, teachers, exploiters, torturers, benefactors, and the only ones who really understood you.

Andy and Joe were ten and six years older than me. Andy was practically an uncle, the one who dressed me in the morning when I was still too small to get my own socks on. They were strong, sporting boys. Joe was the only boy in the history of St. John the Evangelist elementary school who could knock a baseball right out of the playground. The two of them could play “goalies” on the driveway for hours with two hockey sticks and a tennis ball. They knocked a lightweight golf ball around nine holes in our suburban backyard and threw footballs out on the street with deadly accuracy.

Naturally, they expected to train me in their skills, but by a cruel roll of the genetic dice, I had come out timorous and inept, the third brother in fairy tales but without the happy ending. Their attempts at coaching could be hazardous.

“Don’t be afraid of the ball,” said Andy.

I was backcatcher to my brothers, who were pitching and batting, and I stood well back of the bat, so far back that the ball was already arcing low, making it hard for me to catch.

I wanted to please them, so I did what I was told and pulled up close behind Joe. His bat caught me straight across the forehead on the back swing.