Reliable internet could be a pandemic silver lining

OPINION: The most affluent, politically well-connected people in this province have largely been able to ignore the connectivity issues other face. COVID-19 could change that
By Matt Gurney - Published on Jan 25, 2021
As you move away from the major cities and as population density drops, so does access to internet service. (iStock/pinstock)

In this time of plague and political upheaval, there’s been no shortage of pressing things to write about. I’ve had an item sitting in my columnist’s notebook — the Notes app on my phone — for months and been waiting for the right moment to break it out: one thing that the pandemic has brought into stark focus are disparities in digital access in rural and remote areas, relative to the urban hubs. It doesn’t affect many Ontarians, but it can be a severe challenge for those it does. And there might finally be something we can do about it.

The timing couldn’t be better — my colleague Nathaniel Basen here at TVO.org wrote about this very issue Monday. As noted in the piece, it’s a major problem for about 12 per cent of Ontarians, and especially so during the pandemic, when people have to rely on the internet for virtual schooling, commerce, and virtually the entirety of their entertainment and socializing. We can do that in the big cities. It’s harder, if not impossible, elsewhere.

This is a particularly challenging problem to solve because, for the most affluent, politically well-connected Ontarians, it’s happening out of sight and is therefore out of mind. Worse — it’s almost impossible to conceive of for those bathed in bandwidth.

I laughed, but I never forgot that moment, because it was a reminder, as if one had been needed, that for my kids, growing up in the 2020s in a major city, the internet is ubiquitous. It’s relatively inexpensive, fast, and reliable. Outages and disruptions are all the more annoying and troublesome because of how rare and hobbling they are. This was true before the pandemic, but it’s especially true now. Our household internet account isn’t just my lifeline to work (including a radio show, which I broadcast remotely by connecting via the internet to the studio) but is also my wife’s connection to her students at virtual school and the link for both my kids to their classrooms. Plus, it’s most of our entertainment, now more than ever. Not once during the pandemic did we run into bandwidth issues or max out our data allowance. (We did have one multi-hour service interruption, but I have a mobile hub I can use as a backup — it’s necessary to do a radio show remotely with confidence — and that came in handy when it kept the whole family online.)

This is probably the approximate experience for most Ontarians — the internet is fast enough and reliable enough to meet their needs. Early in the pandemic, there was some concern about overloading the internet as everything moved to a virtual operation, but there was a refreshingly simple solution to that, an expert told me then: slightly decrease the quality of Netflix and YouTube videos, which was done.

There’s no mystery as to why this is a problem: the backbone of the internet — servers linked via wireless connections or hard-line cables — is densest in the urban cores. That’s where need is greatest, of course, but it’s also where it’s most cost-effective to build capacity. Dense populations allow any number of services to be delivered at an affordable scale, and the internet is no different. But, as you move away from the major cities and as population density drops, so does access to service. Municipal water transitions to private wells, sewers to septic tanks, and high-speed internet to ... slow internet, at best.

And it happens remarkably fast. This is not an issue that hurts only our most remote and rural communities, most especially far-flung Indigenous reserves (though it does become worse the more remote one becomes). The drop-off in speed and reliability begins as soon as one is out of the dense, built-up areas. Years ago, I was speaking with the mayor of a municipality well within the accepted confines of the Greater Toronto Area, and he was lamenting the slow pace of digital-infrastructure modernization in his jurisdiction. Slow, expensive internet connections were strangling local businesses and were also limiting the town’s ability to attract new residents. The mayor was convinced they’d be doing a better job luring people out of Toronto, in search of more affordable housing, if they could promise them reliable access to their employers as they worked from their new, large homes. But they couldn’t. I remember checking a map later and realizing that some of these new subdivisions were, as the crow flies, only about 50 kilometres from the CN Tower. That was more than enough to exit Toronto’s digital glow.

But, again, there’s a real danger that this issue will be largely ignored. Almost 90 per cent of Ontarians have decent internet. Lousy internet is largely a rural and remote issue, and it’s a grim reality in Ontario that rural and remote issues tend to get ignored because the decision-makers, in general, are in (and from) the big cities.

There’s some cause for hope, though — the pandemic might change this for two separate reasons. The first, of course, is that it has exposed the need, and governments are willing to spend now on things that might have been a harder sell before. “Build back better” and all that. The second is that, while the reports are still largely anecdotal, there probably is going to be some degree of migration out of the larger cities into smaller cities and towns or rural areas. People tired of isolating in shoebox condos, whose work will now be largely virtual, are untethered from the cities. And those who have known the joys of stable, high-speed internet will demand that it be brought to them. Where demand exists, supply will present itself.

We’ve seen this already in cottage country, where part-timers spoiled by excellent urban internet kept demanding better and better access to their online work and streaming services even while up north at the lake. (I do not exempt myself from this group.) Technology has made it much easier to expand the internet’s reach — the internet in cottage country has improved rapidly thanks to 4G networks and cellular towers. It’s not as fast as the city, nor as stable. It’s more prone to being disrupted by the weather. But it’s improved a lot in recent years and will likely improve even more in the years to come as city dwellers demand more and pay for it.

The entire issue may soon prove moot, of course: SpaceX, Elon Musk’s space-exploration company, is deploying an enormous constellation of communication satellites in low-Earth orbit — low enough to provide near-real-time connections to the internet. It’s still in the early stages of deployment, but the initial trials have been smashingly successful. The service, known as Starlink, is finally expanding to Canada. An early experiment, to a remote Indigenous community in Manitoba, reported hugely successful results. Starlink isn’t cheap to set up — you have to buy a connection kit for $650 — but, after that, the monthly costs are comparable to what rural Canadians are already paying, and for vastly better service. If Starlink works as advertised, you’ll have major-city-quality internet access available to everyone, anywhere.

That will be a game-changer for millions, and the timing couldn’t be better. God forbid we ever have to repeat the isolation of the last year again in our lifetimes. But if we do, many of us who were left out in the digital cold will hopefully enjoy the warming glow of fast, reliable internet. It doesn’t solve all your problems, but it’s a big step in the right direction. 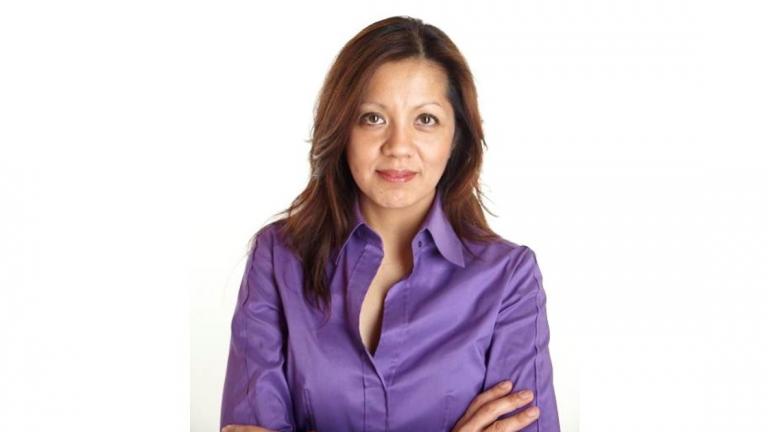