Reframing residential schools in the age of reconciliation

Do memories of residential schools have the capacity to transform relationships between Canada and Indigenous peoples?
By TVO Current Affairs - Published on May 08, 2017
Justice Sinclair announces findings of the Truth and Reconciliation Commission report in 2015. (Adrian Wyld/CP)

The essays in Power Through Testimony document how residential school survivors cope with their experiences being revealed in the 2007 Indian Residential Schools Settlement Agreement and the Truth and Reconciliation Commission, and how the narrative around residential schools has changed. This excerpt is from the introduction by editors Brieg Capitaine and Karine Vanthuyne, professors of sociology and anthropology at the University of Ottawa.

​Brave survivors, through telling their stories, have stripped white supremacy of its legitimacy.

— Phil Fontaine, Grand Chief of the Assembly of First Nations, in response to the Government of Canada’s 2008 “Statement of Apology.” 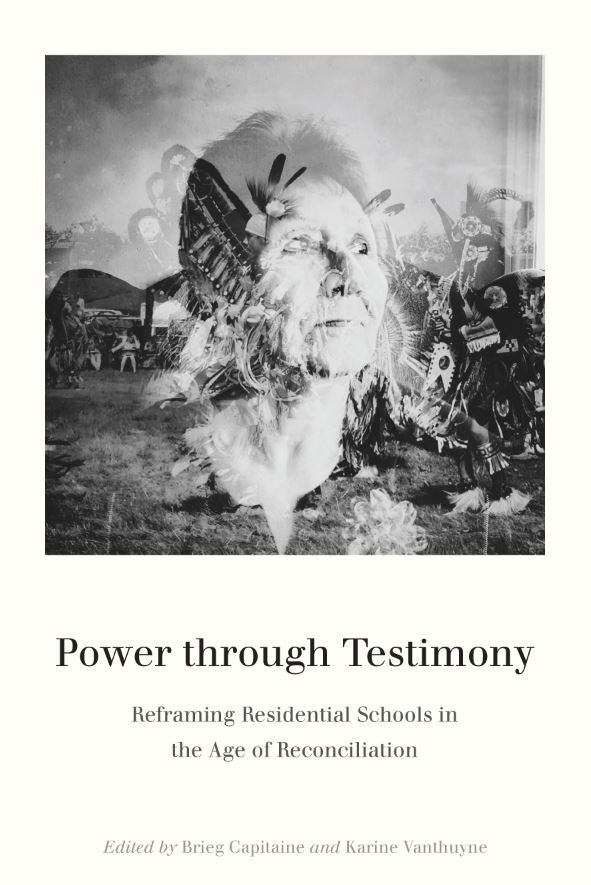 “The residential school story is far from finished,” historian John S. Milloy prophetically announced in one of the first published analyses of the history of the Indian residential school system in Canada. Since the publication of Milloy’s book in 1999, residential schools have become one of the most important topics in the field of Indigenous studies. In this volume, however, we do not examine this history per se but instead focus on how it is being revisited, reframed, broadcast, and received by a variety of Indigenous and non-Indigenous actors in the wake of the Indian Residential Schools Settlement Agreement in Canada. Do memories of residential schools, as they are now re-articulated, have the capacity to transform social relationships between Canadian society and Indigenous peoples? Can they put an end to the domination and inequality that has long characterized these relationships? Have these memories “stripped white supremacy of its legitimacy,” as suggested in the comment above by former grand chief of the Assembly of First Nations Phil Fontaine?

Beginning in 1876, the Canadian government sought to educate Indigenous children and assimilate them into mainstream Canadian society by promoting, and then requiring, their attendance at church-run schools. By separating children from their parents and communities, denigrating Indigenous ways of living and thinking, and practising punitive forms of discipline, the schools aimed to eradicate Indigenous languages and cultures. Although some children had positive experiences with caring teachers and good education, the system was chronically underfunded, mismanaged, inadequately staffed, and rife with disease, malnutrition, neglect, and death. It is estimated that of the approximately 150,000 children who attended these institutions, at least 4,000 died and that many more of them were victims of physical or sexual abuse. Those who were not subject to extreme violence still suffered from severe loneliness, fear, and cultural oppression. The last residential school closed in 1996.

Until the 1990s, as sociologist Eric Woods explains in this volume, the residential school system was predominantly represented as a benevolent policy of assimilation through education that was implemented by the Canadian government for the well-being of First Nations children and all “Indian tribes,” more broadly. Beginning in the 1960s, some bureaucrats and journalists attempted to raise public or governmental awareness of the injustices of the residential school system, but their levels of authority were not significant enough to impact dominant representations. However, this prominent image of the schools was shattered when Indigenous organizations and their academic allies, mainly non-Indigenous anthropologists and historians, began to publicly reveal the extent to which the schools had been abusive. At the same time, the testimonies of former residential school students, many of whom came to collectively self-identify as survivors on the basis of shared experiences of mistreatment, became ever more audible thanks to the proceedings of the Royal Commission on Aboriginal Peoples. This inquiry, which took place between 1991 and 1996, eventually led to an important shift in authorship of the residential school story. Survivors’ voices, which had until then not been heard as publicly accepted truth or that remained constrained by courts’ procedures, became historical facts. The residential school no longer symbolized a crime against individual students. Rather, as the voices of survivors entered the public sphere, the residential school system gradually came to be understood as a targeted program of assimilation deliberately organized by the state and religious institutions, the destructive effects of which are still being felt in Indigenous communities. Breaking the Silence: An Interpretive Study of Residential School Impact and Healing as Illustrated by the Stories of First Nations Individuals (Assembly of First Nations 1994) is an example of how the story of residential schools became the story of its survivors. Released by the Assembly of First Nations in the midst of increasing numbers of sexual abuse trials initiated by survivors and implicating residential school staff, it made explicit that survivors’ “own interpretive frame would now be the frame from which they would tell the story.”

Excerpted with permission from Power Through Testimony: Reframing Residential Schools in the Age of Reconciliation, edited by Brieg Capitaine and Karine Vanthuyne, 2016, UBC Press, Vancouver and Toronto, Canada.