OPINION: Data has given us significant information about the populations most affected by the coronavirus. Where are the good policies meant to protect them?
By Rinaldo Walcott - Published on Feb 23, 2021
Rinaldo Walcott is a professor in the Women and Gender Studies Institute at the University of Toronto. (Courtesy of Rinaldo Walcott)

COVID-19 has brought urgency to calls for disaggregated data collection in the Canadian public sphere, and particularly for race-based data collection. The demand for race-based data is premised on the idea that, once the data has been collected, it can inform policy decisions that will alleviate the suffering experienced by the racial groups most affected by the pandemic. The collection of raced-based data in Canada and its most populous provinces has been a matter of ongoing debate. The establishment argument has been that race-based data was neither required nor needed since everyone should be treated the same. Of course, the reverse is closer to the truth.

Disaggregating data — breaking it down by demographics such as race, age, gender, or location — allows us to tell a story of how a given phenomenon is unfolding and the different ways in which it affects different communities or populations. The calls for race-based data in Canada have come from a belief that telling the story of how race affects various phenomena will contribute to good policy-making.

So far, the data has been telling a dramatic story. In places where race-based data has been collected, it is clear that COVID-19 is ravaging Black, Indigenous, racialized, and poor communities at rates not commensurate with their proportion of the population. For example, in Toronto, Canada’s most multicultural and multiracial city, 14 per cent of COVID-19 cases are among Black people, who make up only 9 per cent of the population. Overall, people of colour make up 77 per cent of cases.

Even more difficult to contend with is the data showing that people working in what have been deemed essential services, many of them non-white, are more exposed to the coronavirus. And, further, the people they come into contact with — their family members, especially — have been exposed to the virus, too. We have begun to recognize that already marginalized, low-waged, essential workers in long-term-care homes, factories, delivery services, warehouses, supermarkets, and other highly racialized labour forces were significantly exposed.

But even though the data has given us significant information about the populations most affected by the coronavirus, we still do not seem to have good policies meant to impede the impact of the virus on these populations. Rapid and mobile testing have been delayed in some low-income, highly racialized communities, but it is far from systemic. In Ontario, paid sick days remain elusive even though we know that low-income wage earners could benefit from it in a pandemic. And when we learned from other places, such as China and Taiwan, that isolation centres would benefit those living in congregate settings or families living in cramped housing, cities like Toronto were slow to act. Toronto’s first isolation centre was opened six months into the pandemic.

Collecting race-based data is a policy decision, but it does not guarantee that good policy decisions will follow from the data that is collected. For example, Toronto mayor John Tory often repeats the phrase “evidence-based decision making,” yet the city has not taken the lead in pushing the Ontario government to implement paid sick days, which would make a significant difference to the non-white communities experiencing the brunt of the pandemic.

Collecting data does not mean change: it simply means information has been gathered, maybe collated, maybe even used to tell a story. COVID-19 has shown us that the evidence we gather through race-based data collection also has to meet those in authority who have the will and desire to use that data as the basis of decisions that change life for the better. We must be clear, then, that collecting data is not an end in itself: further work is needed to make something happen, and that work is political work. 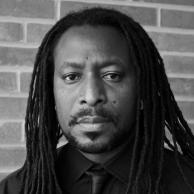 Rinaldo Walcott is a professor in the Women and Gender Studies Institute at the University of Toronto and the author of On Property (Biblioasis, 2021).

Opinion
Yes, we should talk about ranked ballots. But we need to talk about a whole lot more

OPINION: Liberal leader Steven Del Duca is promising major voting changes. In the lead-up to the election, we need to press all parties for details about their visions of democratic reform.

Opinion
The vaccine passport is a win for Doug Ford. Let’s hope it doesn’t go to his head
Matt Gurney
sfy39587stp16