OPINION: When an agent of the state ends a human life, the public has a right to know why. The lack of transparency of agencies that oversee police conduct, including the SIU, must be remedied
By Annamaria Enenajor - Published on Nov 22, 2016
Protesters march in honour of Abdirahman Abdi, who died after an altercation with Ottawa police in July 2016. (Fred Chartrand/CP)

When agents of the state end a human life, the public has a right to know why.

In April, the Honourable Michael Tulloch of the Ontario Court of Appeal was appointed to lead a review of the three independent agencies that oversee police conduct in the province: the Special Investigations Unit, the agency of the attorney general that investigates when an officer has been involved in an incident during which someone is injured, dies, or alleges sexual assault; the Office of the Independent Review Director, the civilian agency that oversees all public complaints about police in the province; and the Ontario Civilian Police Commission, a quasi-judicial body charged with ensuring police services are delivered fairly.

Of the three, the SIU occupies a unique space in the architecture of Ontario’s justice system: established in 1990 in response to civilian outcry over a series of police shootings in the province, its purpose is to enhance public confidence in law enforcement by ensuring allegations of police misconduct are subject to independent review.

Although the SIU is a public body mandated by statute to maintain public confidence, its work is largely secretive and the reports it produces are inaccessible to the public. During its investigations, the SIU does not disclose the names of the officers being investigated. More concerning, however, is that once an investigation is complete, the SIU director’s final report on the results of the investigation is shared only with the attorney general. It is not released publicly.

One task that falls to Tulloch as part of his review is examining and making recommendations on ways to enhance the SIU's transparency, including determining whether subject and witness officer names and the SIU director’s reports should be released to the public. Historically, the most common objection to both has been that publicizing such information would infringe on the privacy interests of the officers involved, who might then face public scrutiny and the possibility of retaliation. For the SIU, these privacy interests currently operate as an absolute veto on the public interest objectives of transparency and accountability.

This approach fails to recognize that in any society that purports to adhere to the rule of law, the legitimacy of a government’s monopoly on the use of force against citizens depends on the public’s confidence that the exercise of that power is lawful. Transparency is the bedrock of that public confidence.

For decades, relations between the police and communities in Ontario — particularly racialized communities — have been characterized by deep distrust. In recent years, this distrust has devolved into a crisis, situated in the context of broader discussions taking place across North America about racial profiling, police-community relations and justice-system reform.

In the past few years, videos capturing physical confrontations between civilians and the police in Ontario and elsewhere have become a fixture in the news. Members of the public, many of whom would otherwise never bear witness to such violence, are now exposed more frequently to disturbing images of civilian deaths at the hands of the police. Shocking witness accounts and the graphic images of brutality, such as those capturing the aftermath of Abdirahman Abdi’s arrest by Ottawa police, invoke outrage and cry out for answers. Without the full SIU director’s report in such cases, the public is left with the disturbing images, but without those answers.

For a number of reasons, privacy concerns are simply not compelling enough to overcome this significant public interest. First, disclosing the names of subject and witness officers, and releasing SIU director’s reports, are by no means a grand departure from commonly accepted approaches to balancing privacy with other public interests.

The identities of civilians who are the subject of criminal investigation are regularly made public in the interest of investigative expediency, for instance. Recently, Toronto's police force decided to release the picture of a man alleged to have thrown a beer can at a Baltimore Orioles outfielder during a game against the Blue Jays last month. The individual could have been misidentified, exposing him to vigilantism and retaliation from enraged members of the public. But in that case, the police calculated that his privacy interests had to yield to the public interest of speedily apprehending the culprit.

If the quick apprehension of a beer can thrower qualifies as a public interest sufficient to overcome an individual’s reasonable expectation of privacy, then surely public confidence in the state’s exercise of deadly force similarly qualifies.

Second, the practice of releasing full investigative reports is not untested or foreign to Canada. It is currently the practice in British Columbia, Nova Scotia, and, with limitations, in Manitoba.

While individual privacy is not to be compromised lightly, neither can it absolutely override other interests, such as transparency and accountability. The erosion of trust and confidence in policing in Ontario constitutes a crisis that compels the recalibration of the present balance between police privacy and the public’s right to know. There is no alternative for a government that purports to adhere to the rule of law.

Editor’s note: Public consultations on the Independent Police Oversight Review are ongoing, and will continue until November 30. 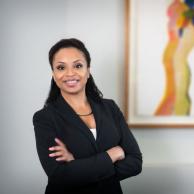