François Boileau says the province must take the needs of French-speaking Ontarians into account when it develops new policies and services
By Daniel Kitts - Published on Jun 01, 2017
French Language Services Commissioner François Boileau presents his 10th annual report at Queen's Park on May 30, 2017. (Daniel Kitts/TVO)

After 10 years as Ontario’s first French language services commissioner, François Boileau says the government has made strides communicating policies and delivering services in French. But he stresses that too often the government acts as if fulfilling its commitments to the province’s 600,000 francophones is merely an act of translation rather than of meaningful accommodation.

“No longer will you see unilingual leaflets distributed to every home in the province; no longer will you see English-only documents on ministry websites,” Boileau said, introducing his 10th annual report Tuesday at Queen’s Park. “Is there still work to be done in the area of social media? Absolutely. But the foundation we have beneath us is much more solid than it was 10 years ago.”

Still, the report lists more than a dozen areas — including health care, justice, education, and children and youth services — where the province could do more to accommodate French-speaking Ontarians. (In 25 regions that contain a significant number of francophones, residents are entitled to receive provincial services in French. About 80 per cent of Franco-Ontarians live in these places; a 26th region, Markham, will be added in 2018.)

A key reason problems persist, he said, is the government tends to develop initiatives without taking francophones’ needs into account. As a result, the French Language Services Act (FLSA) is often misinterpreted or ignored by staff and agencies delivering services to the public. 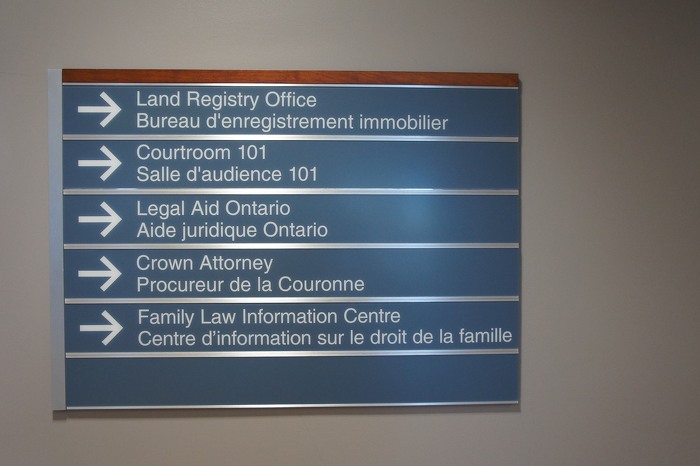 Some may question the importance of these issues: after all, francophones are much less vulnerable than, for example, Indigenous communities, and there are dozens of other unprotected minority languages spoken in Ontario. Still, francophones have been here more than 400 years — long enough to develop a unique culture and identity within the province’s own — and as with other minority groups, have been subject to government efforts at assimilation (including through Regulation 17, which limited the use of French in elementary schools from 1912 to 1927).

While many Franco-Ontarians today also speak English, it remains their second language. That can make it tough to express themselves clearly in times of stress — for example, at a hospital or the local police station. As well, Ontario’s French population increasingly contains vulnerable groups: Boileau noted that among GTA francophones, roughly half were born outside Canada, and many are racialized immigrants from former French colonies in Africa.

To ensure francophones are considered from the beginning of the policy formulation process, Boileau recommended Ontario ministries use the so-called Francophone Lens, a tool developed by the Office of Francophone Affairs. It offers a user guide, an online course, and other materials intended to help bureaucrats better understand when and how they need to offer French language services.

French language services come up particularly short in health care, Boileau said. Although Ontario recently passed its Patients First Act, the commissioner said the legislation fails to resolve a problem he has repeatedly complained about. Namely, that while the Ministry of Health and Long-Term Care is subject to the FLSA, Local Health Integration Networks and the third-party service providers they hire to interact with the public are not — at least according to ministry lawyers.

“The ministry found a legal interpretation useful to the ministry and the networks rather than the public,” Boileau, himself a lawyer, said.

Bill 89, which lays out reforms to the Ontario children’s aid societies, is another area of concern for Boileau. The bill, he said, fails to define clearly when a CAS is required to offer French language services.

Following Boileau’s presser, Marie-France Lalonde, the minister responsible for francophone affairs, did what ministers always do when a new report is released: she said she would take its suggestions seriously.

“There’s 10 strong recommendations that we are agreeing with,” Lalonde said. “We will be moving forward with an official response as a government very shortly, so I look forward to working and continuing to work with the commissioner.”

But the NDP’s Francophone Affairs critic France Gélinas said that, despite Boileau’s many reports, the Liberal government has repeatedly failed to ensure francophones have access to the language services they need: “You look at health, you look at education, you look at justice, it’s the theory of little steps. But there are little steps that leave us standing in place.”

Gélinas says Boileau and various francophone groups have been pushing for updates to the decades-old FLSA, yet the government has failed to do much about it. “When Commissioner Boileau puts in black and white what needs to be done,” she said, “it doesn’t always mean action follows.”

Boileau said that, while he’d rather the government act upon his recommendations immediately, patience and persistence are important parts of his job.

“As a minority we will always have to claim our place,” he said. “It’s normal for a minority that you’ll have to repeat yourself.”