The province is abandoning its “Stage 2/Stage 3” framework and adopting a colour-coded one that it hopes will allow for faster and more targeted responses. Read the full plan here
By John Michael McGrath - Published on Nov 03, 2020

Premier Doug Ford unveiled a new framework for Ontario’s fight against COVID-19 on Tuesday at Queen’s Park, abandoning the “Stage 1/Stage 2/Stage 3” framework that has guided both the province and local public-health units since May. The new colour-coded framework is intended to give the premier and his cabinet a more flexible set of options to respond to outbreaks around the province — and to allow for a faster response when the facts on the ground start changing.

The framework, expected to come into effect as the current 28-day “modified Stage 2” period ends on Saturday, will leave most of the province (25 of 34 public-health units) in a green “prevent” stage, which largely mirrors the existing Stage 3 level of public-health measures. However, four PHUs will enter a more rigorous yellow (or “protect”) stage: Brant County, Durham region, Halton region, and Hamilton The new restrictions in these areas will include shortened hours for alcohol service at bars and restaurants, and volume limits on music playing indoors.

Four regions now find themselves in an orange “restrict” stage: Peel, York, Ottawa, and eastern Ontario PHUs. (Toronto will join them on November 14.) The restrict stage is less restrictive than the modified Stage 2 in several ways: bars and restaurants can reopen for indoor service with several limits on the number of patrons; gyms and fitness centres can reopen; and movie theatres can also reopen. Strip clubs remain closed in the restrict stage.

Beyond “restrict,” there is the red “control” stage, which would see many more restrictions on businesses, including closures similar to those in Stage 2. No region is yet in the control stage. Beyond that would be a full lockdown similar to what was done in the spring.

The framework as a whole is supposed to give the government a means of dialling restrictions up or down on a regional level depending on what the data on COVID-19 infection and transmission shows. To that end, the government is also revamping its COVID-19 data portal, which now shows the public what the provincially collected data indicates regarding a number of key benchmarks — which will inform any decision to move a region to a higher or lower level of public-health measures.

The key measures the government is looking at are how many weekly cases there are per 100,000; the percentage of COVID-19 tests that come back positive; the “Rt” number (a measure of how many new infections are being generated per sick person); and the hospital and public-health capacity for such things as contact tracing. The public, as well as local political and business leaders, will be able to see how their region is faring on these key measures.

The government is also hoping to substantially expand its level of COVID-19 testing. Having already announced the target of being able to process 50,000 tests per day in the fall, the government now wants to be able to conduct and process 100,000 tests per day by December. Government officials confirmed Tuesday that the goal is to have that many of the most reliable and accurate polymerase chain reaction (PCR) tests, which have been the foundation of the government’s testing to date; the highly anticipated rapid-testing devices recently approved by the federal government would be in addition to that PCR testing capacity.

Read the entire framework presentation below. 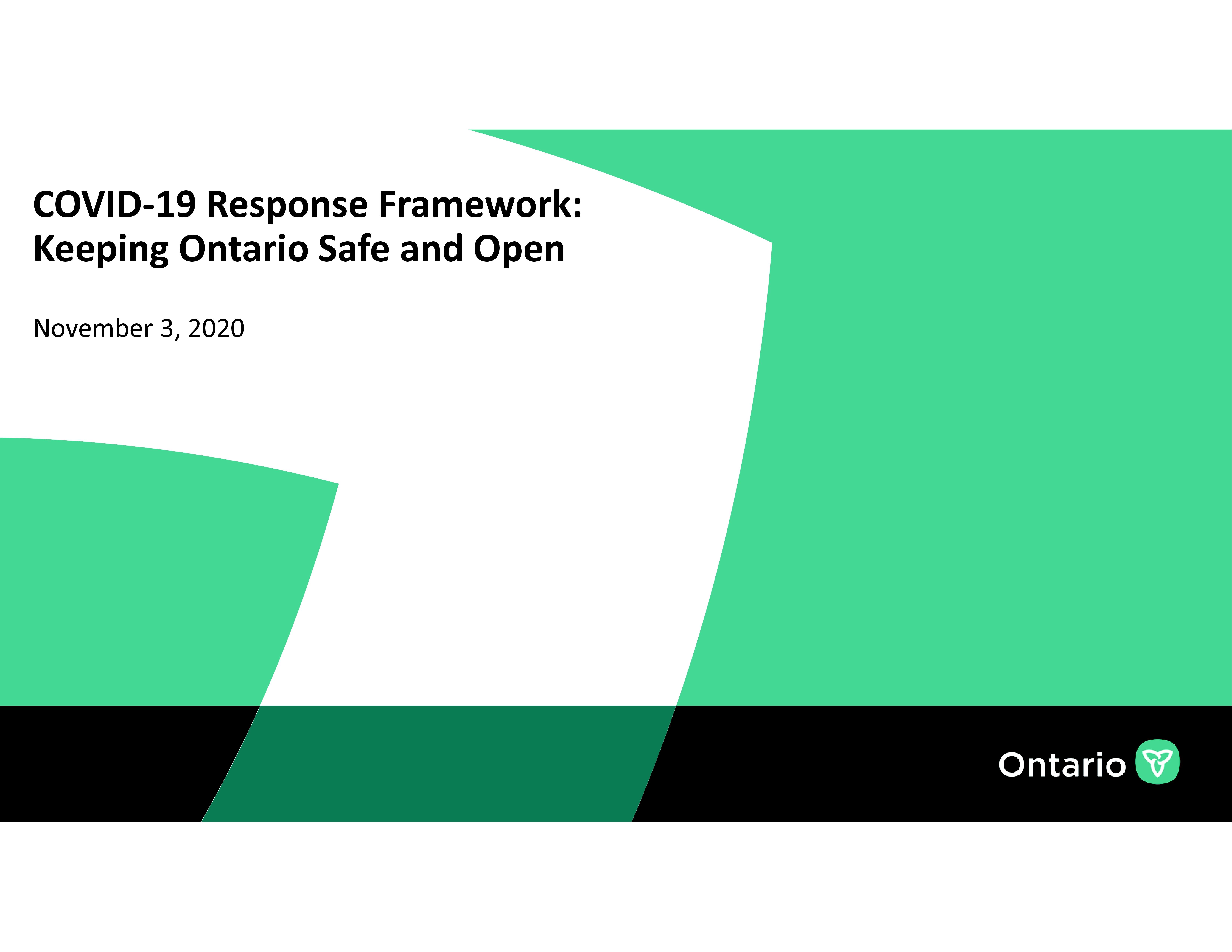 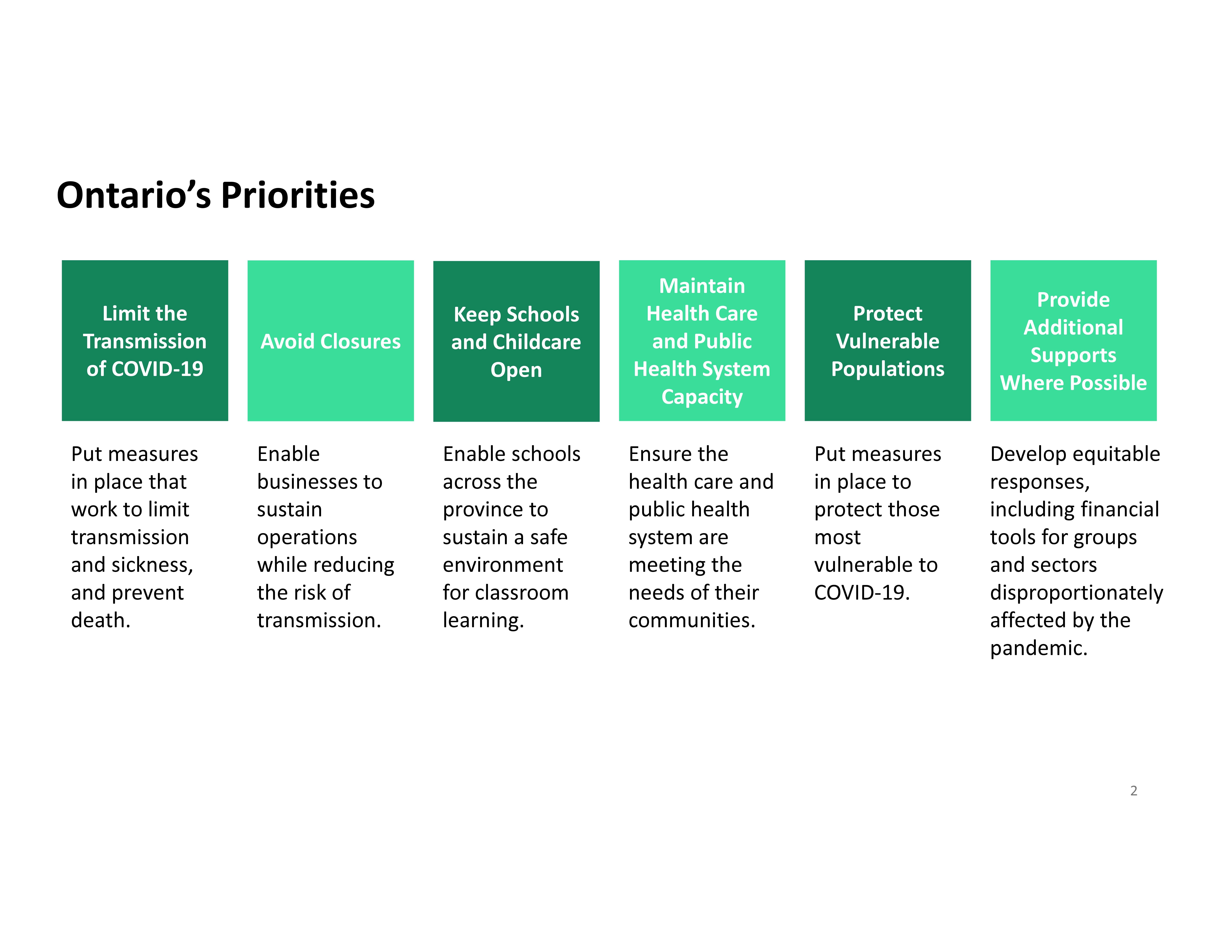 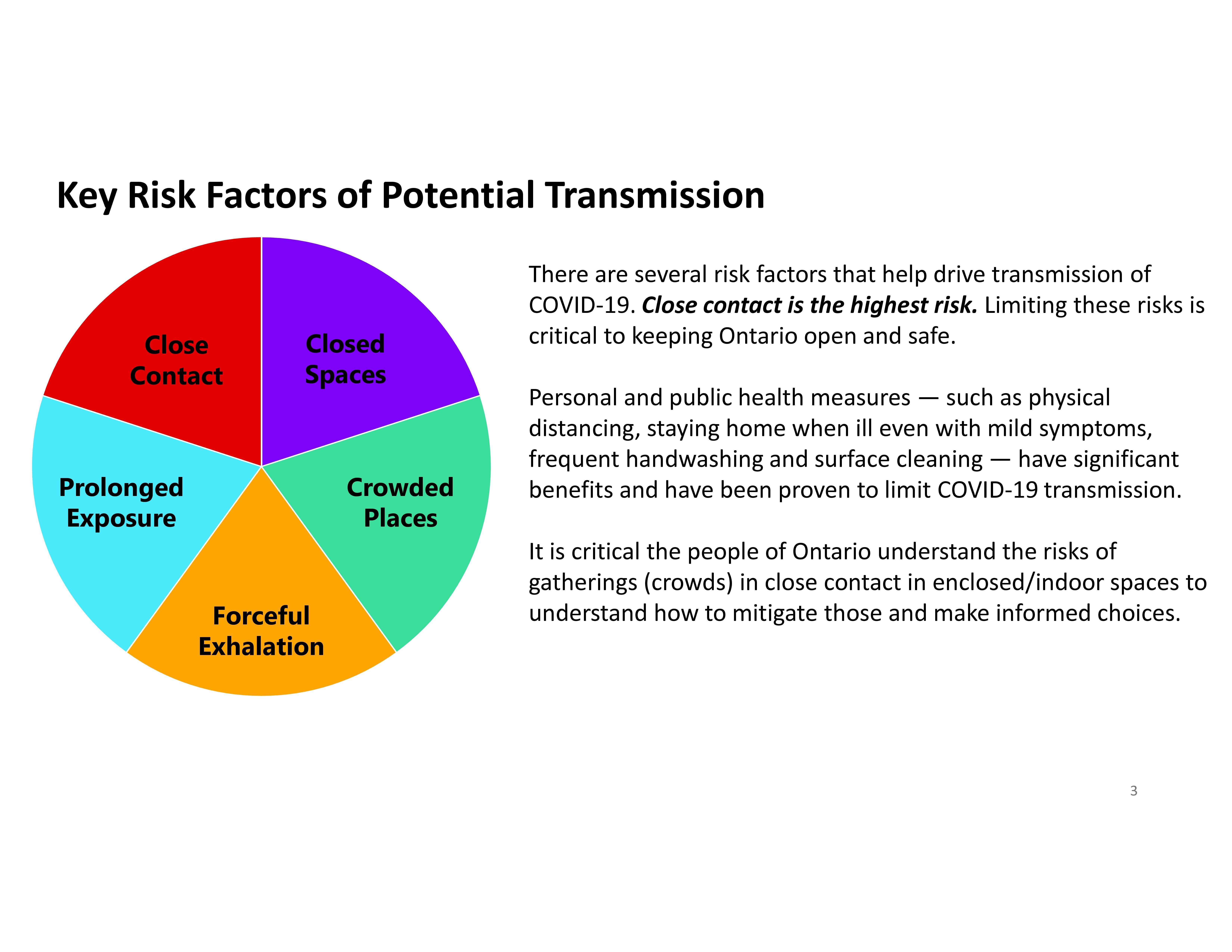 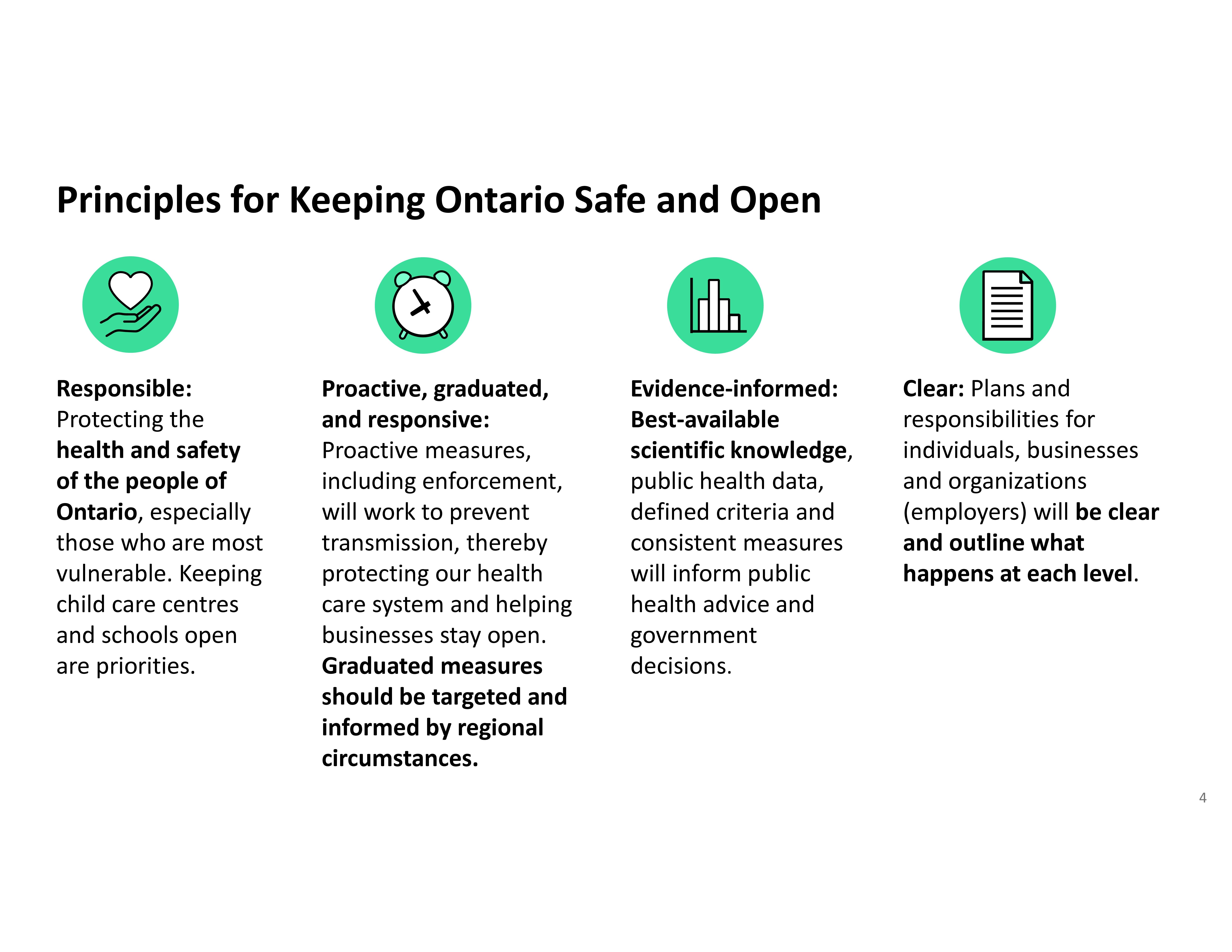 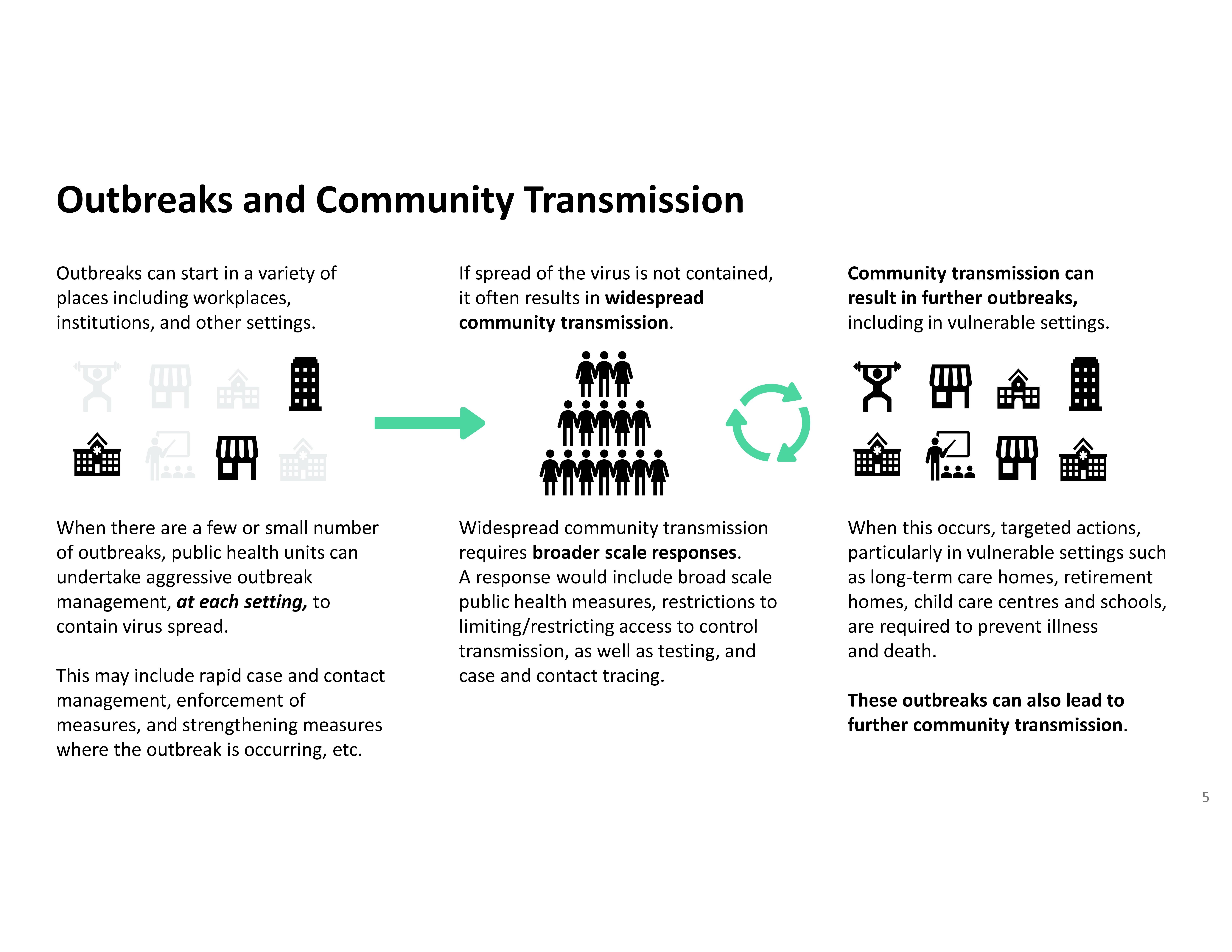 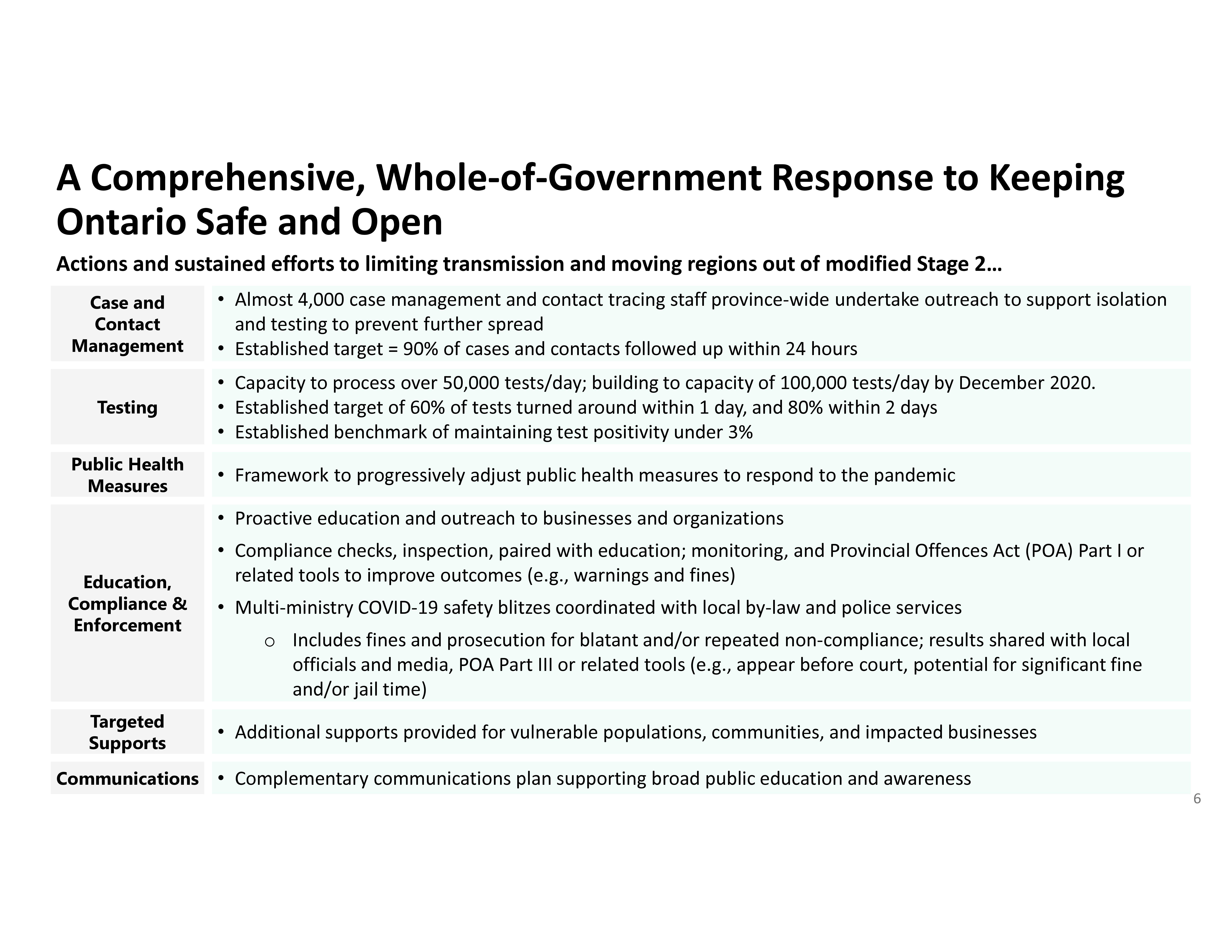 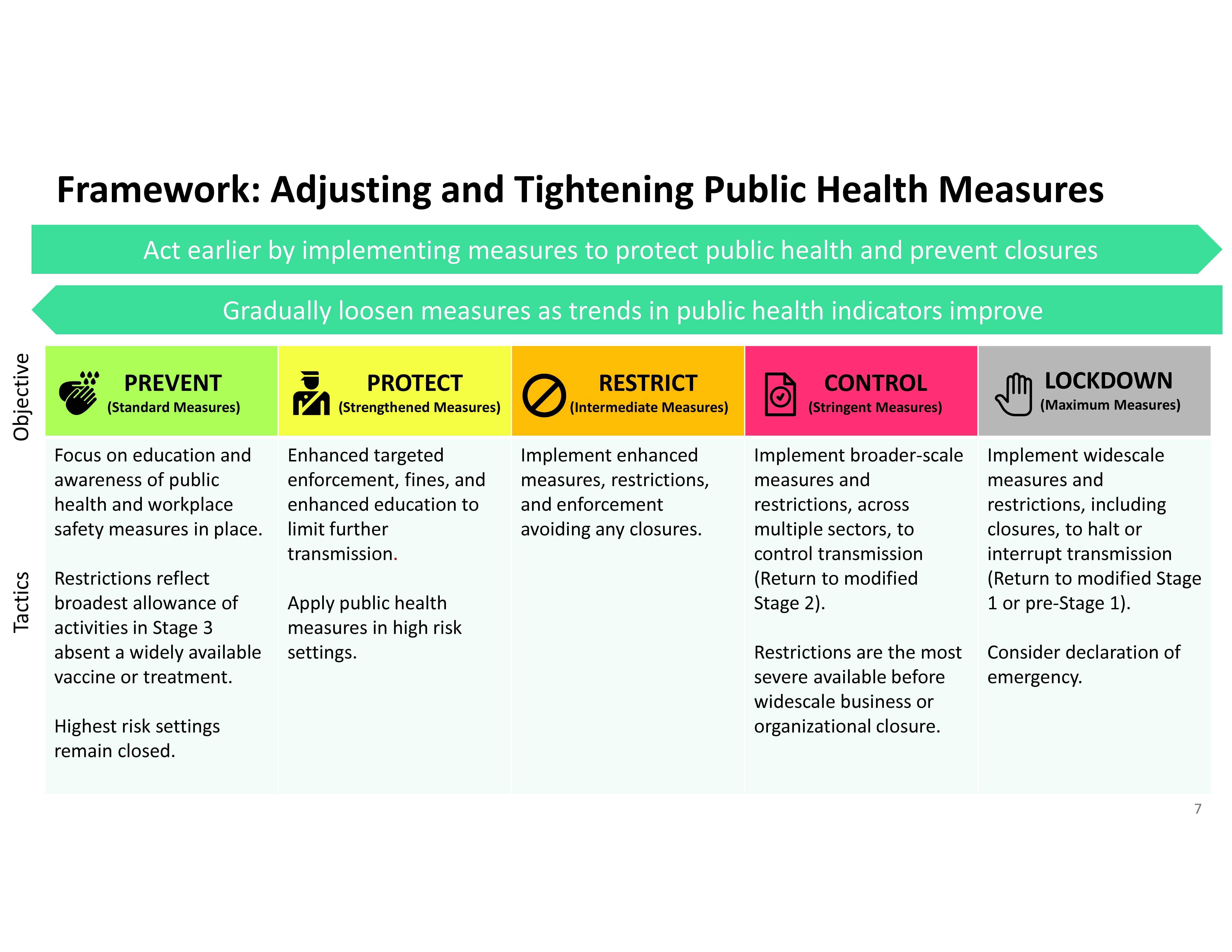 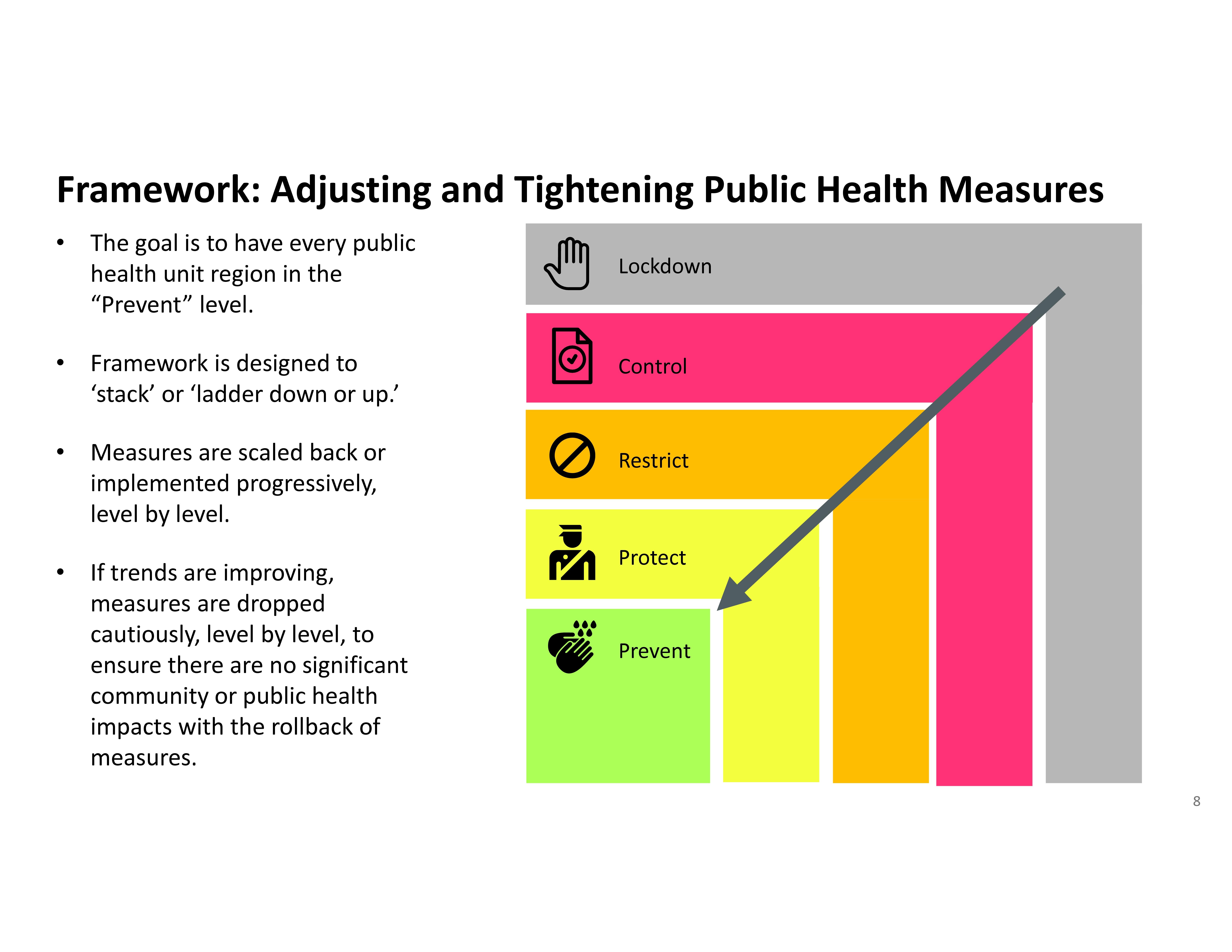 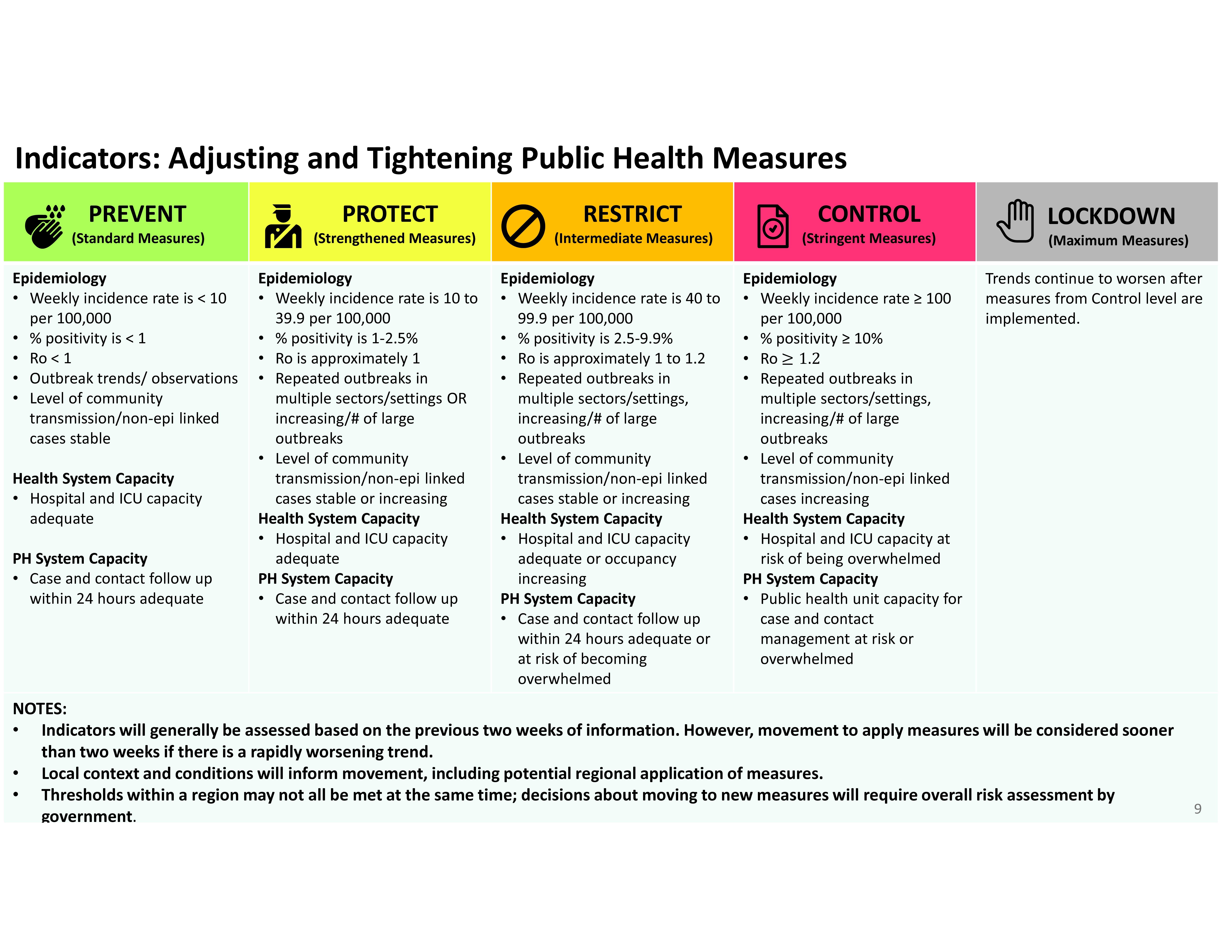 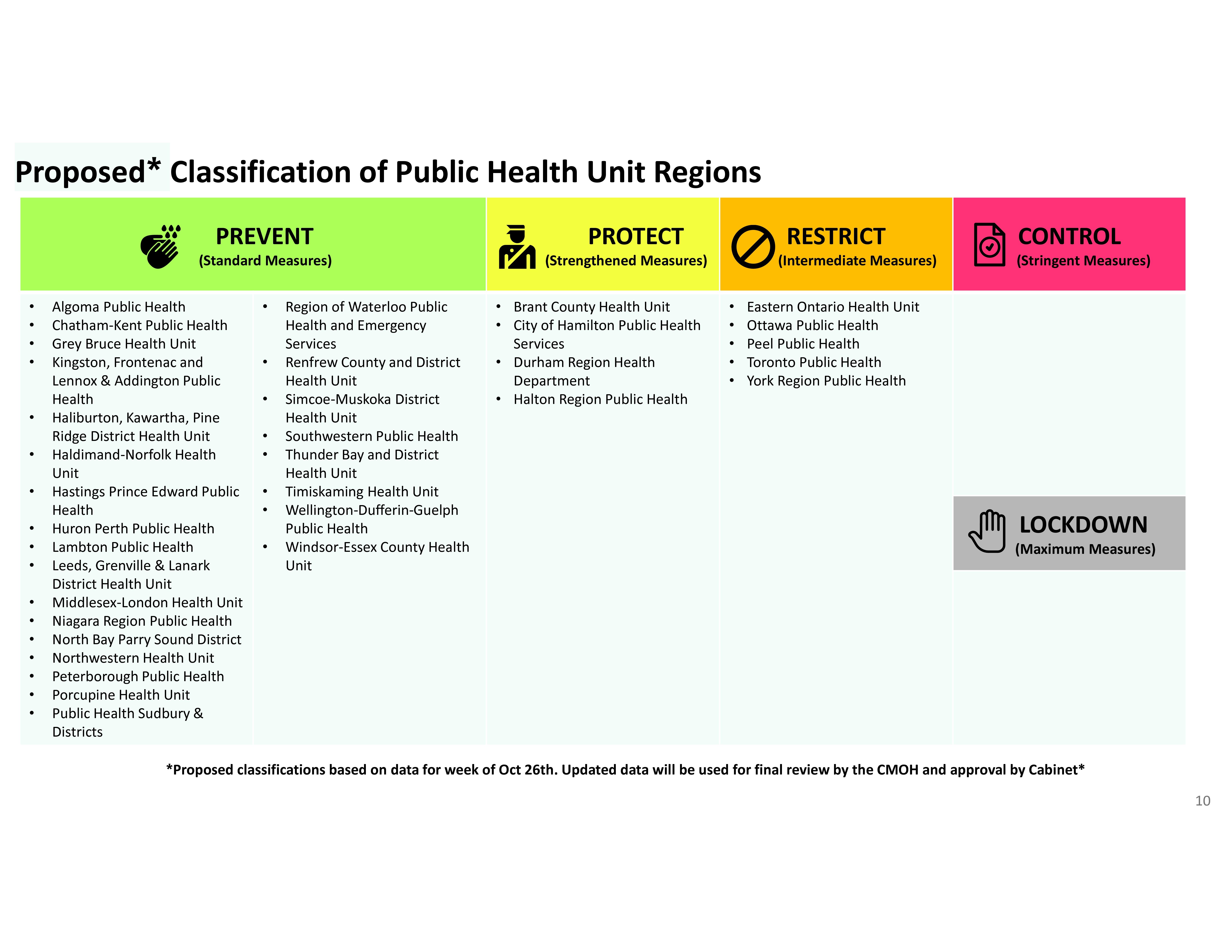 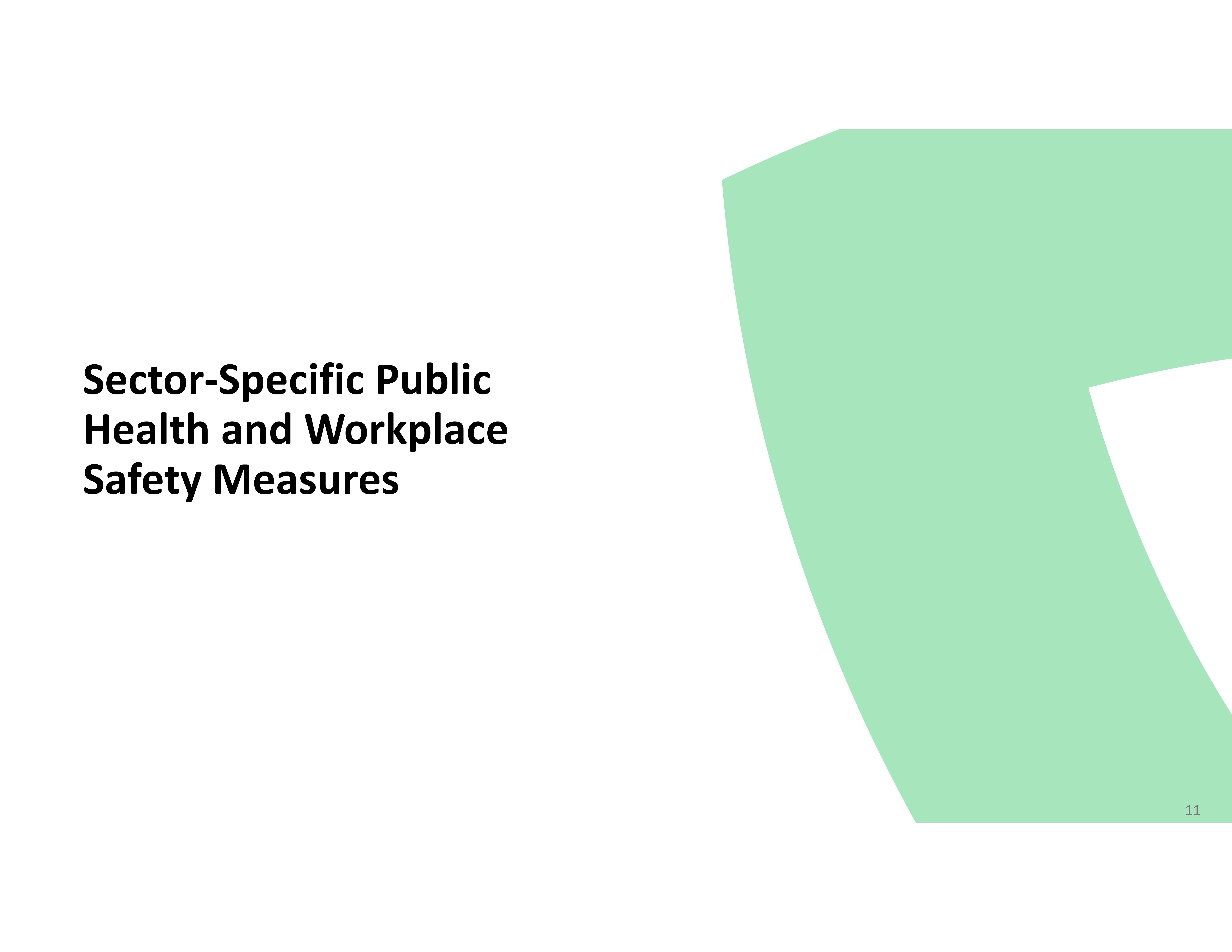 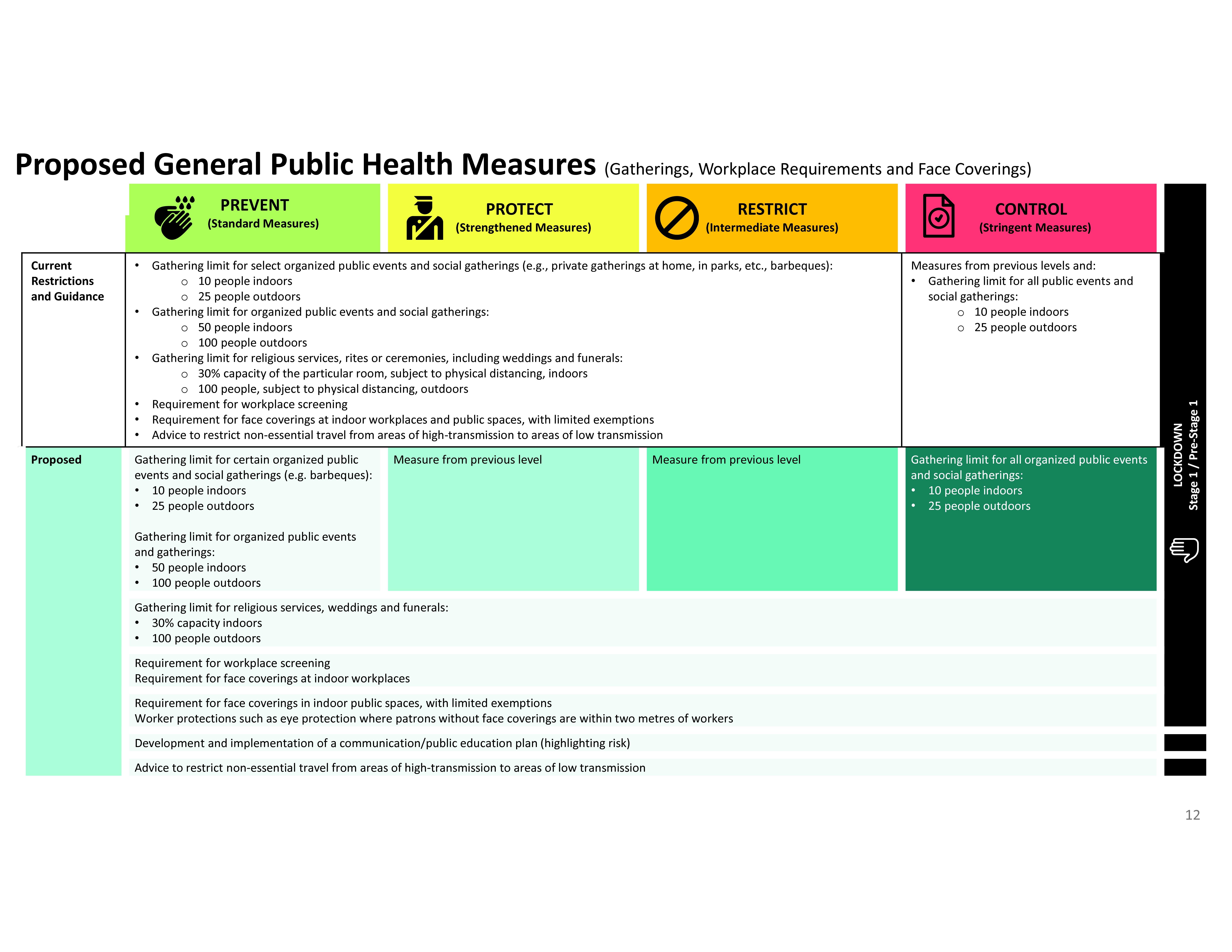 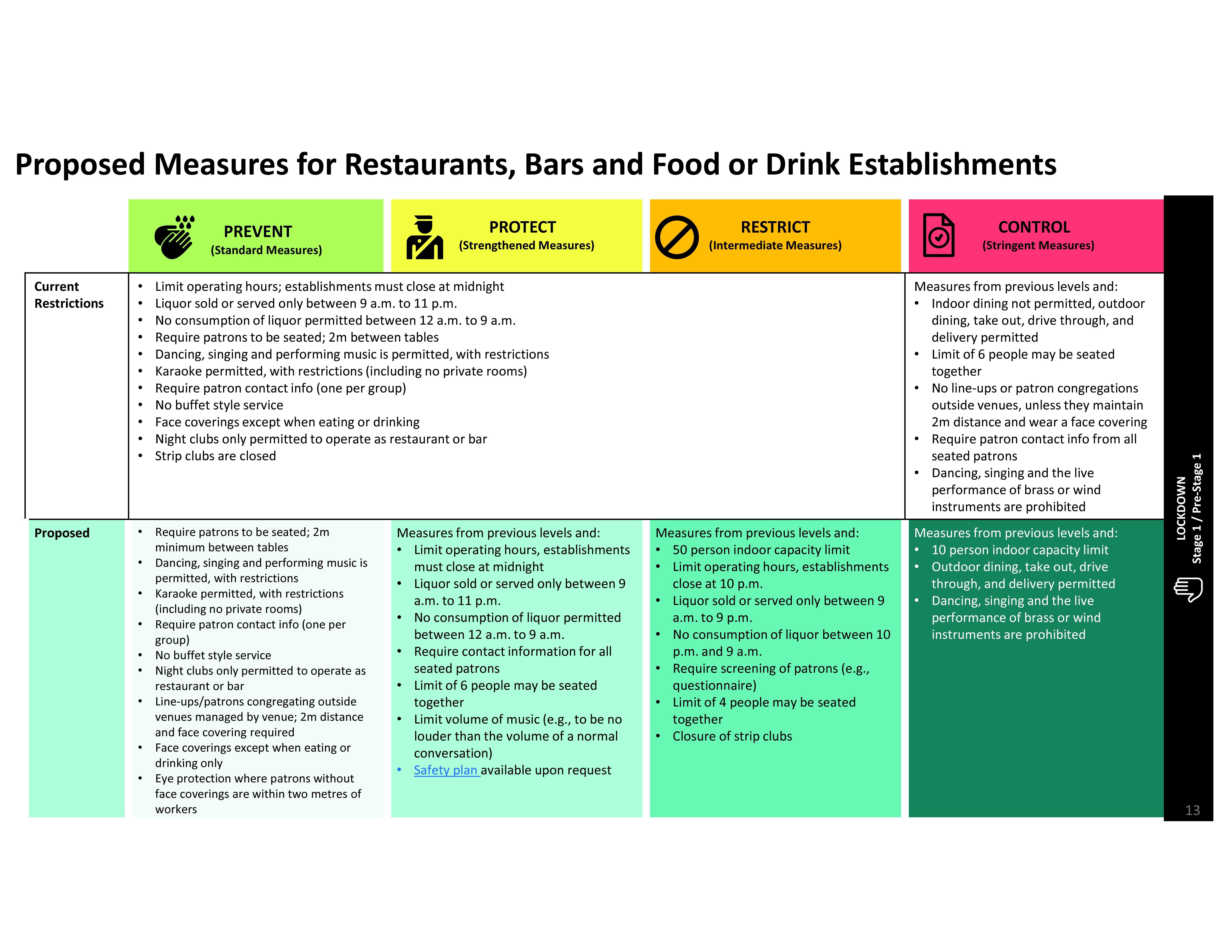 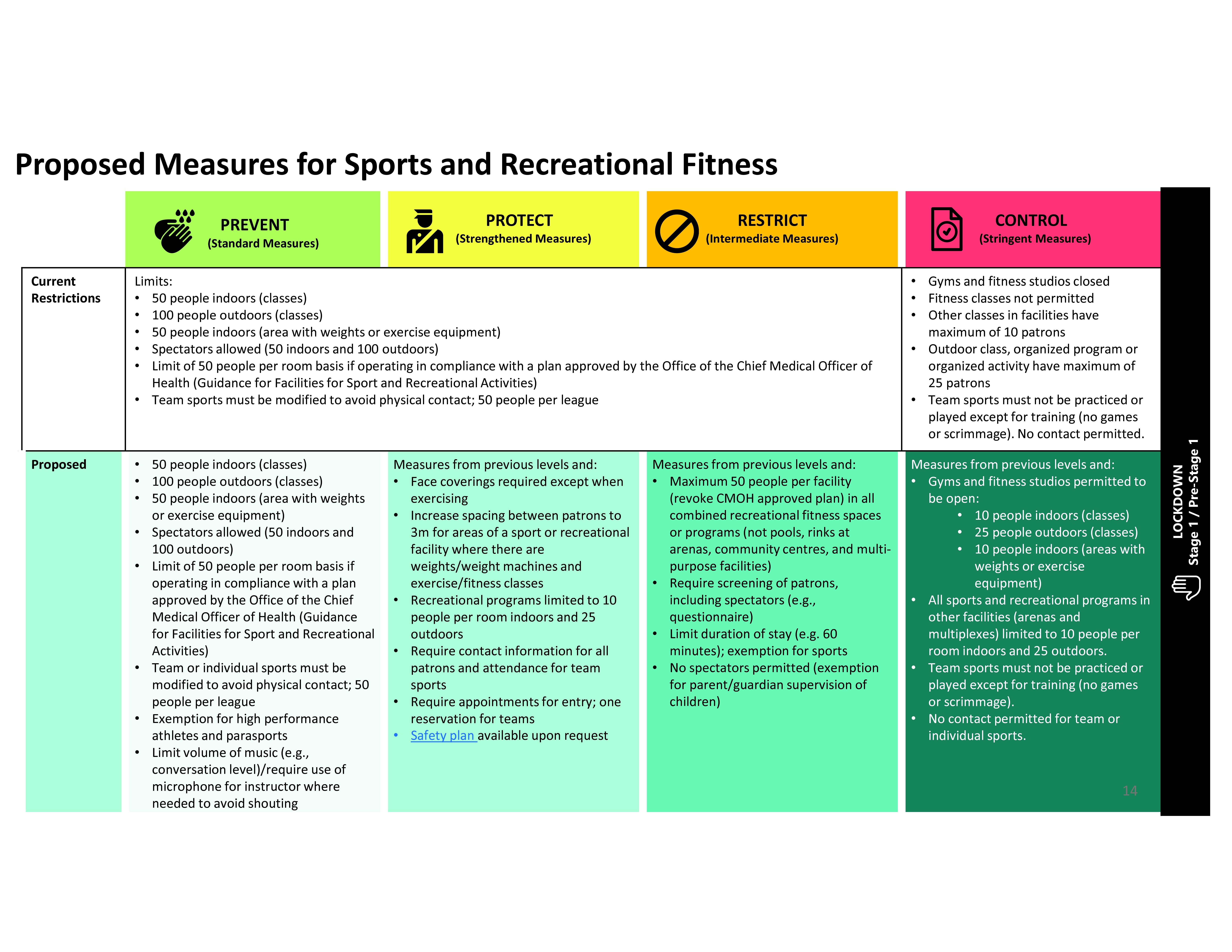 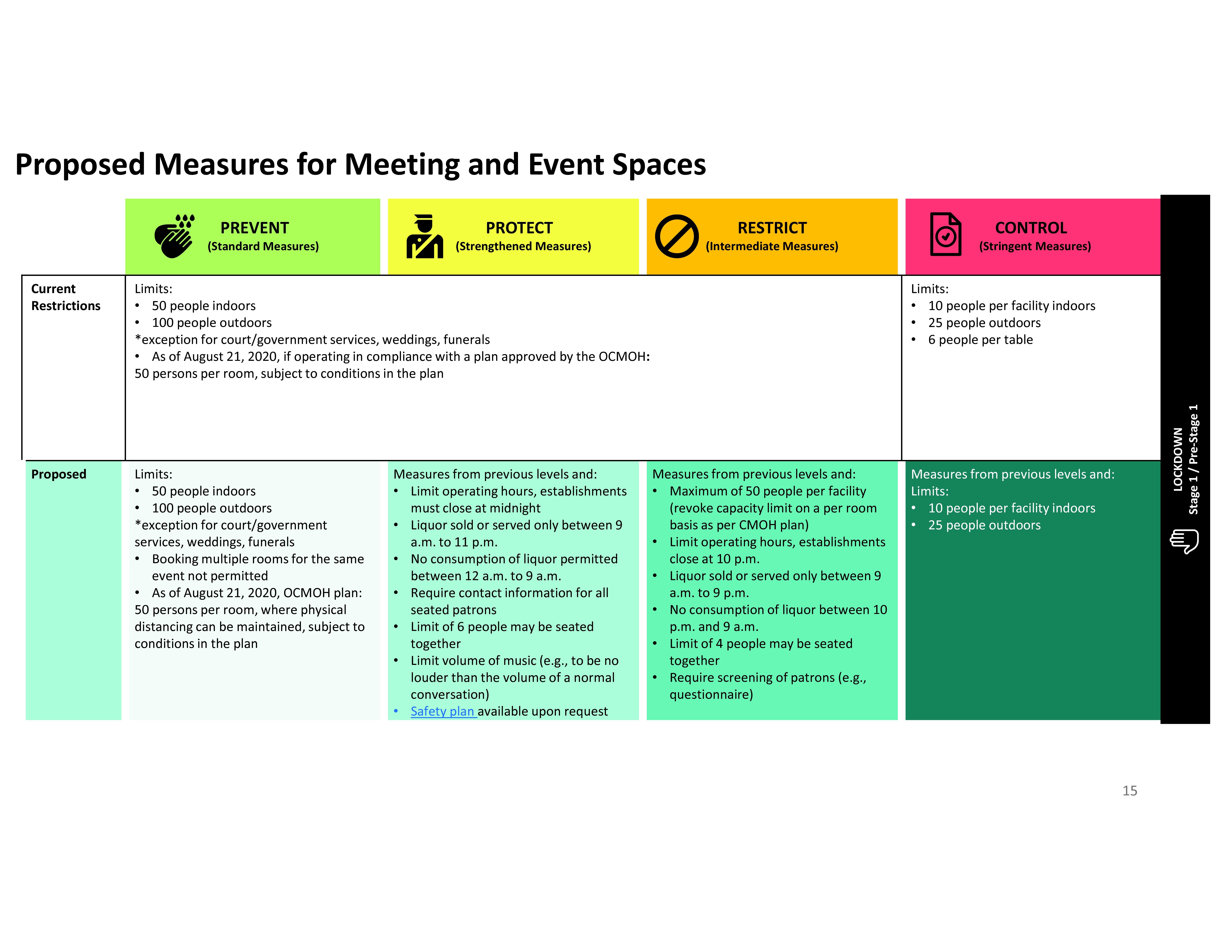 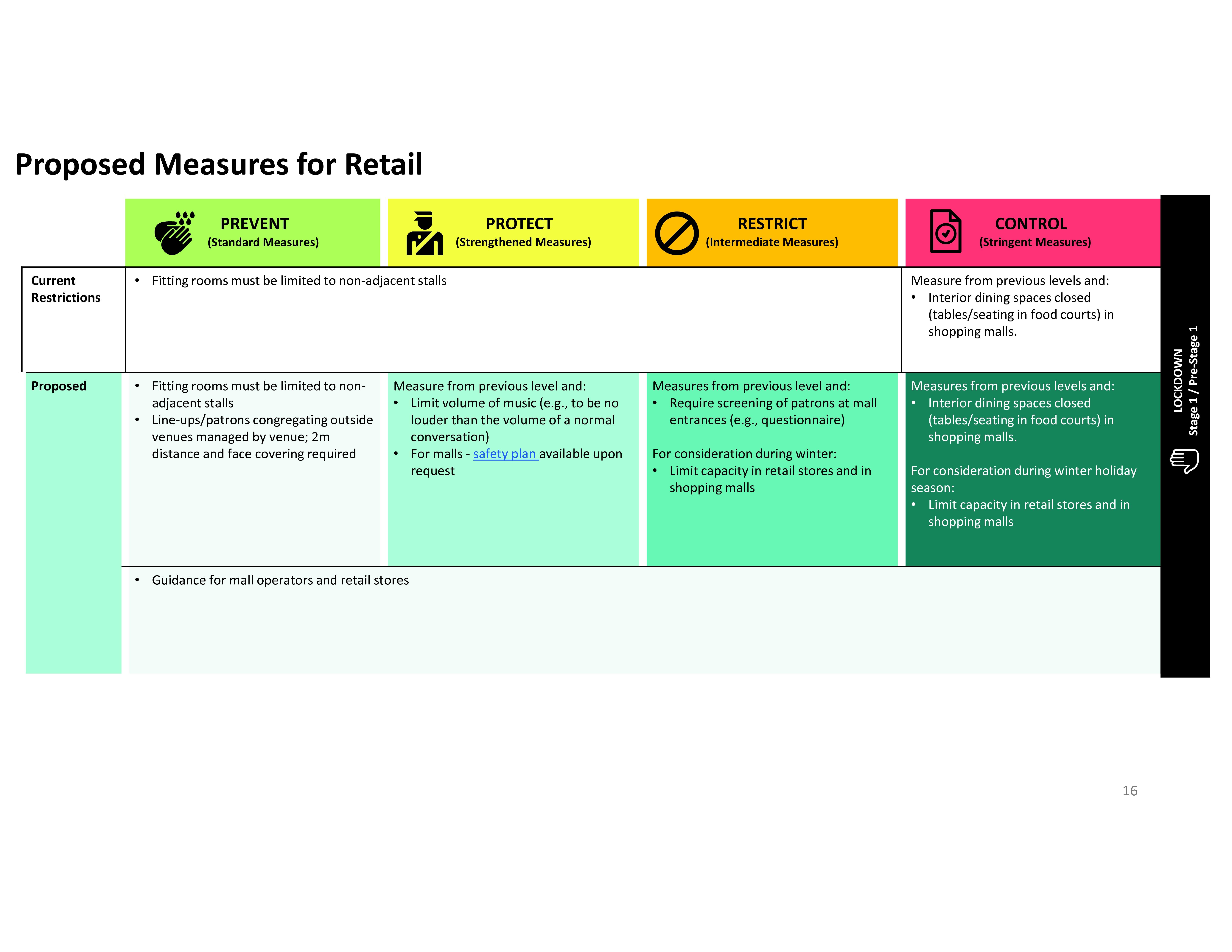 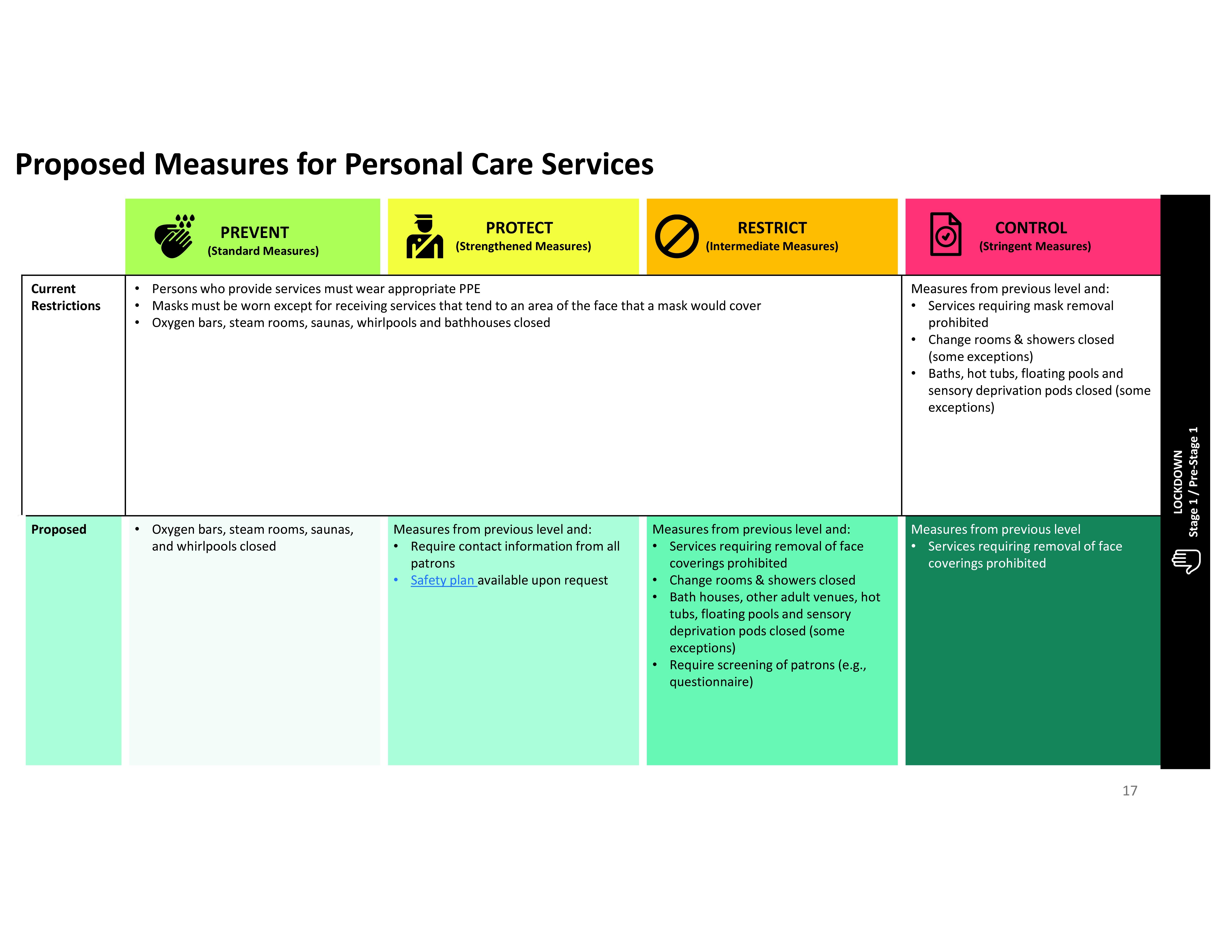 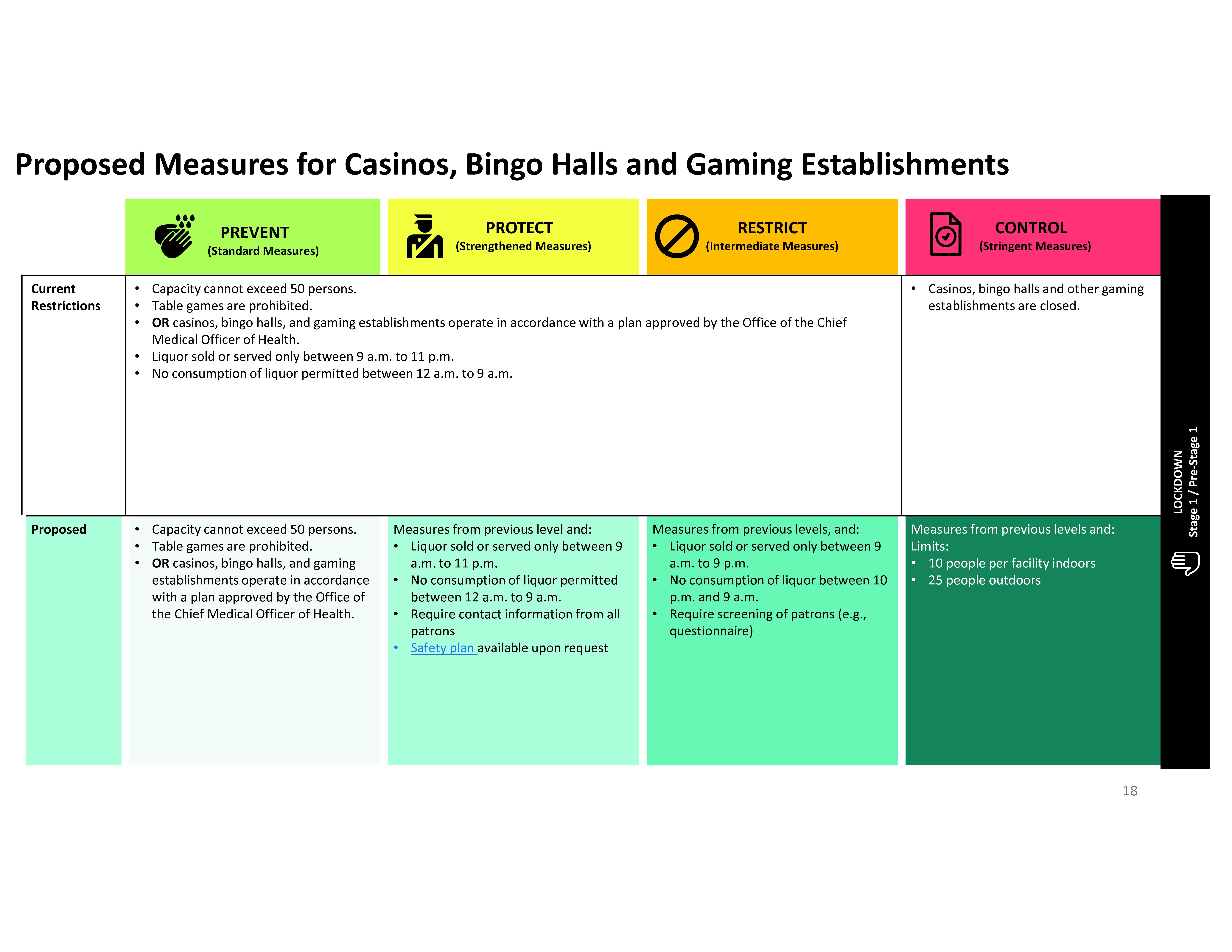 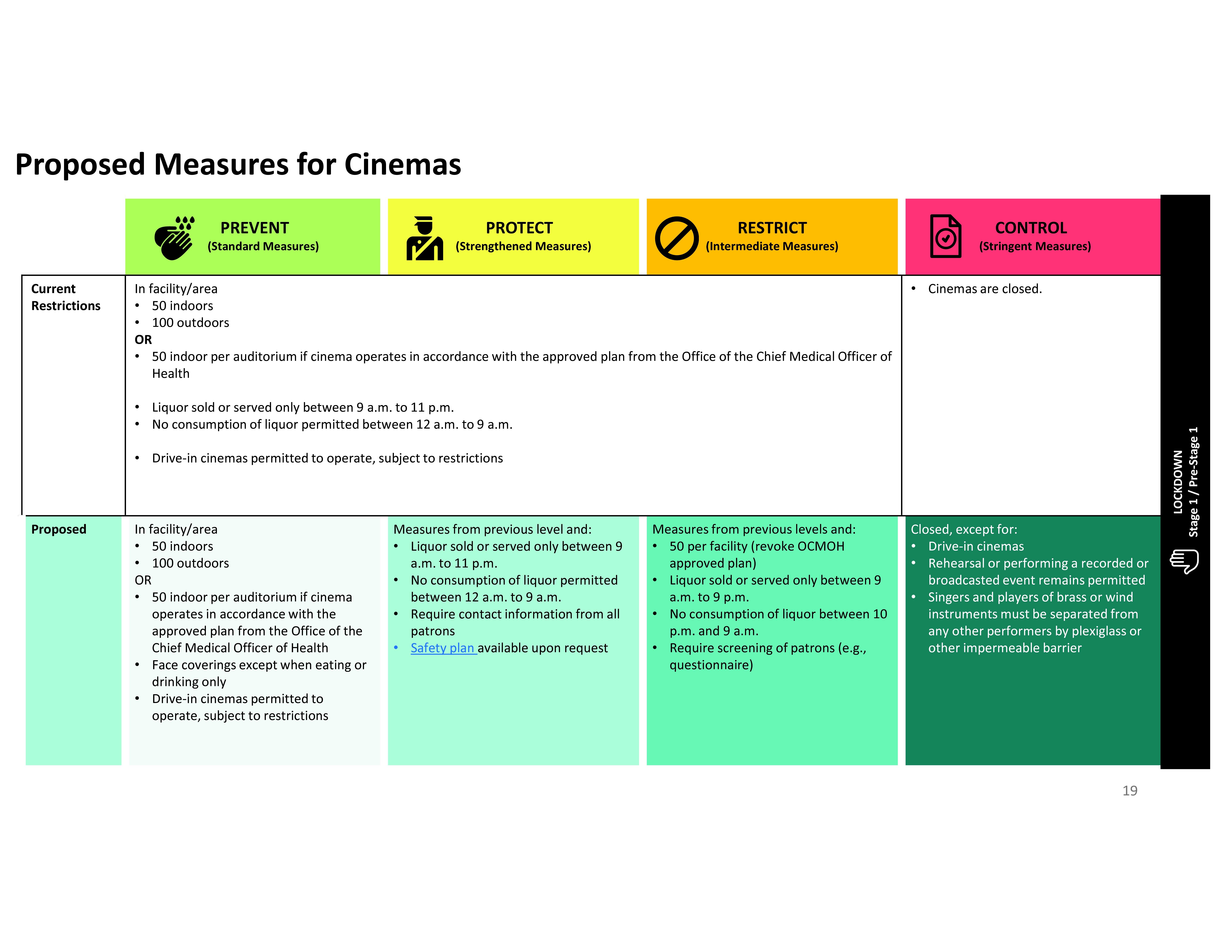 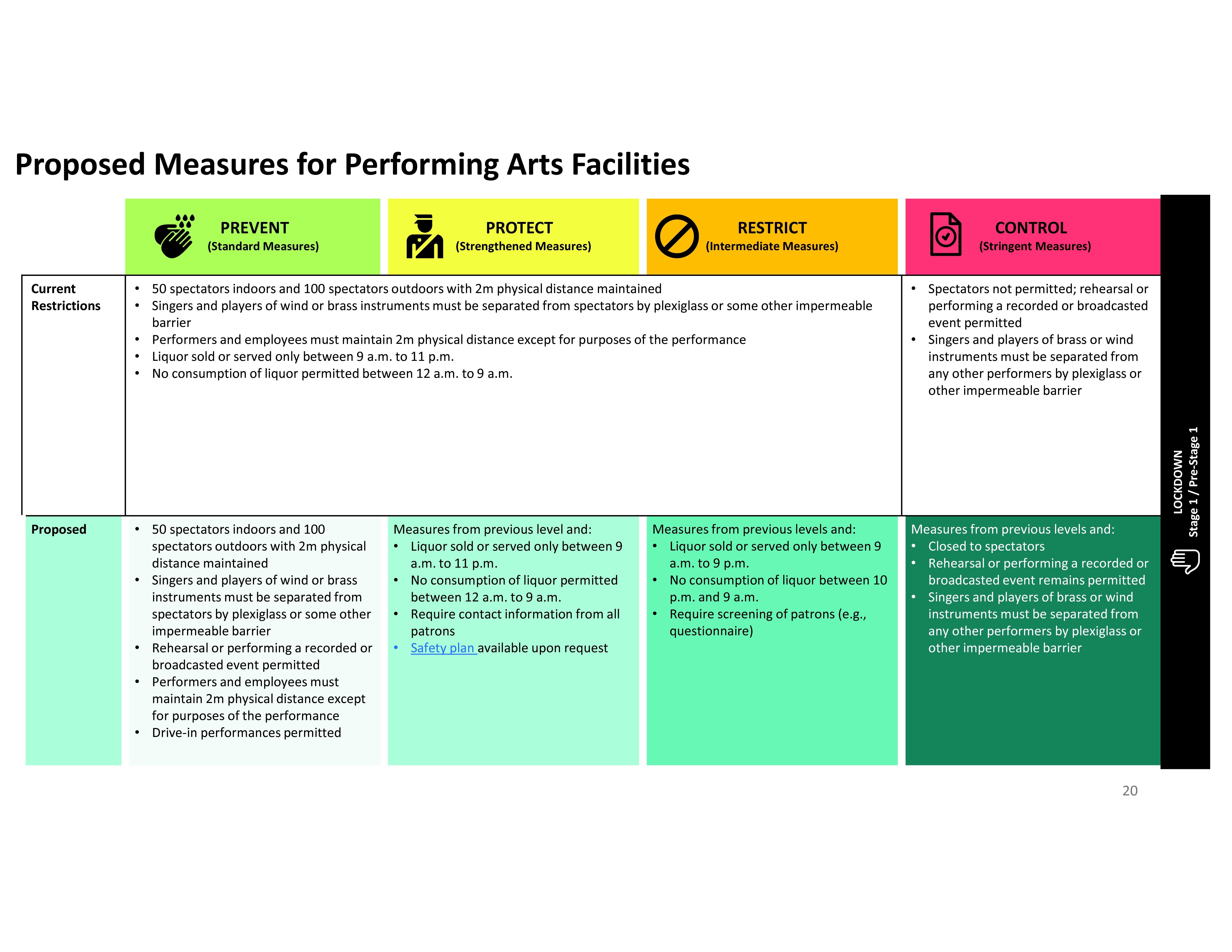