Ontario schools may reopen sooner than you think

ANALYSIS: The science we have suggests young children aren’t at huge risk of either getting or spreading COVID-19. Here’s what that could mean for the province’s teachers, students, and parents
By John Michael McGrath - Published on Apr 24, 2020
Ontario schools have been closed since March 23 due to COVID-19. :(iStock.com/manonallard)

Places where people gather in close quarters have been the number one setting for some of the worst levels of COVID-19 infection in Canada. Long-term-care homes have been the site of the majority of deaths in Ontario and Quebec, and there are grave concerns about prisons, homeless shelters, and other places of “congregate care.”

There’s one exception to this list of potential hot zones, however: the emergency child-care centres being funded by the province for the children of essential health-care and other front-line workers. Until this week, there had not been a single case of COVID-19 associated with such a centre (in Ottawa, a pair of centres have closed as a precaution because two staff have developed an illness and are awaiting test results).

While no regime is going to be perfect, the results so far regarding child-care spaces in Ontario reflect a curious aspect of COVID-19 relative to other diseases: it seems not to be particularly interested in young children.

“What we would have expected, given what we know of respiratory viruses, is that young children in schools tend to be major vectors for most respiratory viruses,” says Jeffrey Pernica, head of the division of infectious diseases in pediatrics at McMaster University. “You speak to anybody who’s got a kid in daycare, and you know they come down with viruses all the time.”

Health authorities, he says, “thought [closing schools] would have a major impact, but what we’re realizing is that the contribution of children to spreading COVID-19 is much less than we would have expected for other respiratory viruses.”

The numbers so far suggest that coronavirus outbreaks function very differently from, for example, influenza outbreaks, in which children act as a major disease vector. That’s why giving kids the flu shot is so important: even though they’re not at high risk for serious illness or death from the flu, they can give it to older adults, who are at higher risk.

There’s a dire shortage of real, rigorous data about COVID-19 on any number of levels, so any assertions about the spread of the disease need to be made carefully. In particular, the fact that school closures have happened globally at the same time as numerous other measures (restrictions on crowds, the shutting down of non-essential businesses, etc.) means that it’s not yet clear what success public-health officials can attribute to school closings as opposed to other measures. But Ontario’s chief medical officer and associate chief medical officer have stated that, according to research reviewed by the Public Health Agency of Canada, there seems to be little evidence of COVID-19 transmission among children, including those in schools.

TVO.org asked both Ontario’s and Canada’s ministries of health to provide a copy of the review conducted by PHAC. Both refused. However, publicly available research does suggest that the risk of reopening schools may be minimal relative to that associated with other areas of crowded care.

An article published in the journal Lancet Child & Adolescent Health notes that, in the 2003 SARS outbreak, school closures had little effect on the virus; schools were largely able to reopen quickly, albeit with screening measures in place. The article argues that governments around the world should look for alternatives to school closures, given their high cost for students and parents alike: “Policy makers and researchers should also look to other school social distancing interventions that are much less disruptive than full school closure and might substantially contribute to maintaining the control of this pandemic. Although strong evidence is not available for the effectiveness of these practices, they might be implementable with much less disruption, financial costs, or harms.”

David Williams, the province’s chief medical officer of health, said at a press conference on Thursday that schools are unlikely to reopen until the government is convinced that the level of “community spread” — outside certain hot spots, such as long-term-care homes — is under control, a point where, on average, each COVID-19 patient infects fewer than one new person.

“The community side does impact the school side,” he said. “It’s all in the equation; it’s all to be considered, but no details right now.”

However, Barbara Yaffe, the associate chief medical officer, did make reference to some measures schools would be expected to adopt when they reopen.

“The most important thing, really, is handwashing and having good access to handwashing facilities,” Yaffe said. “One of the other very important things is to not let the child go to school if they’re sick. I know it’s an issue for parents … I know when they’re little, and you need to get to work, it’s kind of tempting to give them Tylenol and send them off, but that is not a good thing to do.”

While acknowledging that a two-metre rule for students in Ontario’s schools would be impracticable, Yaffe said that handwashing and screening could be combined with more spacing between students whenever possible.

Some provinces have cancelled the remainder of the school year outright; Ontario is not yet one of them. Premier Doug Ford has remained hopeful that children will be able return to school for at least some portion of the instructional year. (Education Minister Stephen Lecce declined to be interviewed for this article.) Pernica emphasizes that the school closures will need to need to end eventually — and may even end before every parent is comfortable sending their kids back. But keeping schools closed until there’s mass vaccination for COVID-19, which might not happen for a year or more, isn’t a realistic option.

Pernica also notes that, while the costs of school closures may be universal, they aren’t exclusively financial — and they aren’t being shared equally.

“As soon as you close all the schools, what you’re effectively saying is that we want poor people to pay more for COVID-19 containment than rich people,” Pernica says. “In general, people of more modest means are going to be less able to potentially be home and look after their children. Their children, in general, are going to have less access to reliable online learning. Their kids are more likely to be further behind anyway and are at risk from falling further behind the longer you keep schools out.” 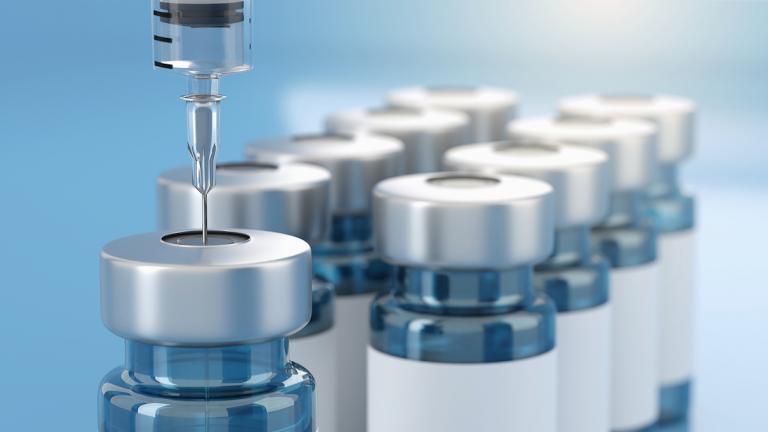