Ontario Innovators: Exploring the building blocks of the universe

Following a Nobel Prize win by one of its own, Queen’s University is creating the Canadian Particle Astrophysics Research Centre to unravel some of Earth's most fundamental mysteries
By Daniel Kitts - Published on Nov 14, 2016
Deep underground, the SNO Detector in Sudbury helped a Queen's University professor win a Nobel Prize for his work studying neutrinos. (snolab.ca)

Queen’s University has been making a bit of a name for itself in the world of physics. In 2015, the university’s Arthur McDonald was named co-winner of the Nobel Prize in physics for his work studying neutrinos, a mysterious particle key to understanding how the universe works. Now Queen’s is trying to raise its reputation one step further by creating the Canadian Particle Astrophysics Research Centre. In September, that effort got a big boost from the federal government, with a $63.7 million grant. Interim director Tony Noble says he hopes the centre will answer some fundamental questions about the cosmos, and explain its inner workings in ways even, say, a journalist who dropped out of high school calculus could understand.

What the heck is particle astrophysics?

It’s an outgrowth of traditional particle physics, where we’re trying to understand the basic properties of all the fundamental particles that make up our universe.

There are some of those particles that are best studied using what we call astroparticles, which means particles that are coming to us from outside of the Earth. For example, we use the neutrinos which are coming from the sun to study the properties of neutrinos, because the sun is such a prolific producer of them — there are a billion neutrinos going through your thumb every second just streaming out of the sun.

And what is this thing we read a lot about now, called dark matter?

Roughly 25 per cent of the energy and matter budget of the universe is something that we call dark matter. We have no idea what it is, but we have ample evidence for it because it has a gravitational interaction that influences the way galaxies rotate. So it’s interesting to say the least that we live in a universe where we still know nothing about the dominant form of matter.

How are you trying to unravel some of these mysteries?

Basically you build detectors that are ultra-sensitive to very rare interactions. For example, if a dark matter particle comes in, it’s going to have a very, very weak interaction, which means if you’re an optimist maybe a couple of events would be observed in a year — the challenge is that the events are going to be extremely rare. In order to get enough events to say anything meaningful you have to build very large detectors, and you can’t be fooled by anything that might mimic that [particle] signal. And the sorts of things that could mimic that signal are very low levels of radioactivity. So you go several kilometres underground to get away from the cosmic rays which are raining down on the surface.

We wouldn’t have modern electronics without theoretical research into electromagnetism done in the 19th century. And GPS wouldn’t exist without the development of the theory of relativity. If the Canadian Particle Astrophysics Research Centre helps figure out, say, what dark matter is, what effect might that have on everyday life?

That’s a really hard question. What we do know is that every fundamental step forward [in technological innovation] has been driven by basic science. You mentioned electricity. [In the 19th century] no one could imagine that you could port electricity into every house and it would be a useful commodity. It was just an esoteric idea. 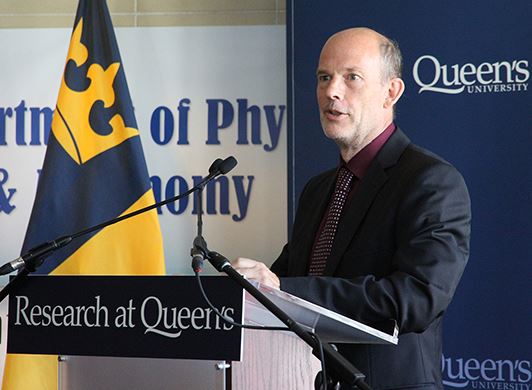 But I think the other major part is, it’s fundamental research, we don’t know where it will take us, but to get there we have to work really closely with industry. In order to see these very rare [particle] events, we need to push the technology of light sensors. So by just pushing at the boundaries everywhere it leads to these new innovations.

This raises an interesting question. Much of your work is very abstract, and many members of the public have trouble understanding what you do. And at the same time, some governments have shifted to funding more applied rather than theoretical research. Has the general environment and attitude to the kind of work you do shifted over the years?

It’s certainly true that as governments come and go there’s a little bit more emphasis on applied and less on pure research, as we call it. And that’s something one has to deal with. But I think by and large the people are making the decisions do understand the importance of fundamental science and understand that it has to be supported at some level. Of course that level goes up and down a little bit, but I think right now we’re in a good place.

I would actually disagree that the public has a hard time understanding. Obviously they don’t understand quantum mechanics or neutrino oscillations. But people have a quite a lot of interest in astronomy. They do understand that you can look out there at the sky and just wonder. I give a lot of public talks and I think the public does have an interest.

I do think people are still curious and wonder. But when I read articles about string theory or quantum mechanics, I am often just completely baffled. So as a scientist, how concerned are you that physics is getting so complicated that it takes a PhD to understand it?

Well, I do worry about that a lot. Obviously with string theory and quantum mechanics you need a background in mathematics that most people don’t have. But that doesn’t mean you can’t appreciate the significance and the beauty of the science. And there are people who can explain some of these things very well. Part of what we have [planned with the new federal funding] is exactly to address that: public talks, public outreach, to try and explain the science in a way that will capture people’s imagination and not leave them just baffled and bewildered.

This interview has been edited for length and clarity.

Ontario Innovators: How local researchers are trying to save the world 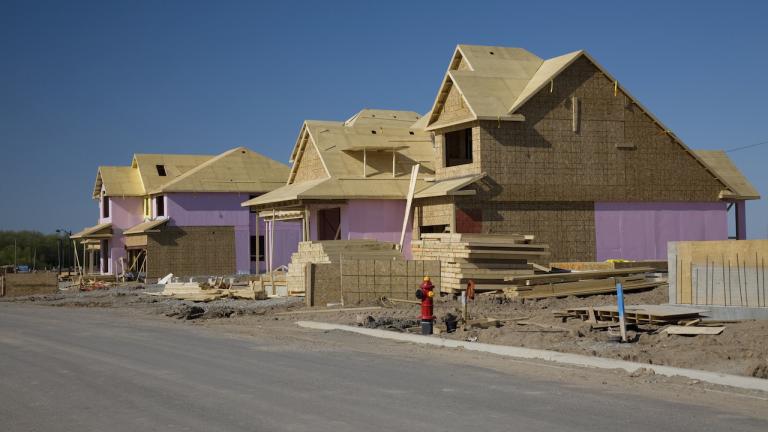