Ontario has a plan to reopen the economy — slowly, and not yet

ANALYSIS: The government released its framework for ending some public-health restrictions imposed to control COVID-19. One thing’s for sure: Ontarians will need to be patient
By John Michael McGrath - Published on Apr 27, 2020
Premier Doug Ford speaks at a press conference on Monday. (YouTube)

If you’re getting a bit stir-crazy cooped up inside your house, the Ontario government wants you to know that it needs your patience for a little while longer. How much longer? Not clear — but it will be at least two weeks, according to the framework released by Premier Doug Ford and his cabinet on Monday.

The framework does not include a detailed list of dates and schedules explaining which businesses will open when. Workers and employers anxious to return to a sense of normality can’t really use it to figure out when their operations will be up and running again. Instead, it’s a statement of principles and pragmatic considerations for the delicate job of reopening public life in Ontario without triggering a resurgence of the virus.

“I won’t set hard dates until we’re ready,” Ford said during a press conference at Queen’s Park, “because the virus moves at its own speed.”

The closest thing to a clear timetable in the document is the statement that the government will be looking for a two-to-four week trend of decreasing numbers of new daily cases of COVID-19. That’s a reasonable guideline: current science shows a 14-day infection period for coronavirus cases, so if there’s a consistent two weeks of decreasing cases, that’s a good sign that it isn’t a mirage or statistical noise.

As of Monday morning, Ontario had posted three days in a row of decreasing new case numbers: 476 on Saturday, 437 on Sunday, and 424 today. That trend may not continue, and we should be cautious with our optimism. More important: even if it continues, Ontario will likely need to wait at least a week and a half before the government takes its first steps to reopen businesses that are currently closed.

“At least,” because that isn’t the only threshold the government is looking at as it balances the costs of a lengthy shutdown with the risks of reopening. It’s just the most precise one. Other data the government is going to be looking for: decreases in new “community spread” cases (those that can’t be traced to a single source of infection); ongoing availability of personal protective equipment for health-care workers and others on the front lines; and growing confidence in the province’s ability to locate and trace outbreaks when they do happen.

So what types of businesses might open first? The framework sensibly considers first businesses that are currently closed but might be able to emulate the ones that have been allowed to stay open — those that are able to transition to delivery or curbside pickup. The government is also looking at opening up some public spaces and potentially allowing some public events (such as funerals) to resume with a larger number of attendees. Hospitals could also start resuming some non-emergency surgeries in Stage 1.

Stage 2 could include more workplaces, some service-sector businesses, and a wider opening of outdoor spaces. Stage 3, presumably still months away, would involve “opening all workplaces responsibly” and further relaxing the rules on public gatherings — but the framework document insists that “large public gatherings such as concerts and sporting events will continue to be restricted for the foreseeable future.”

One key variable the government hasn’t addressed today is what supports will be there for workers when businesses are allowed to reopen. For example, the government announced on Sunday that schools won’t reopen until May 31 at the earliest, and possibly not even then. For many workers, that will mean that, even if their employer does nominally reopen their doors, they won’t realistically be able to go back to work unless there are other child-care options available.

What’s clear for now is that this is the reality we’ll be living with for a while to come. Or, as the framework says, “This staged approach reflects Ontario’s ‘new normal.’” 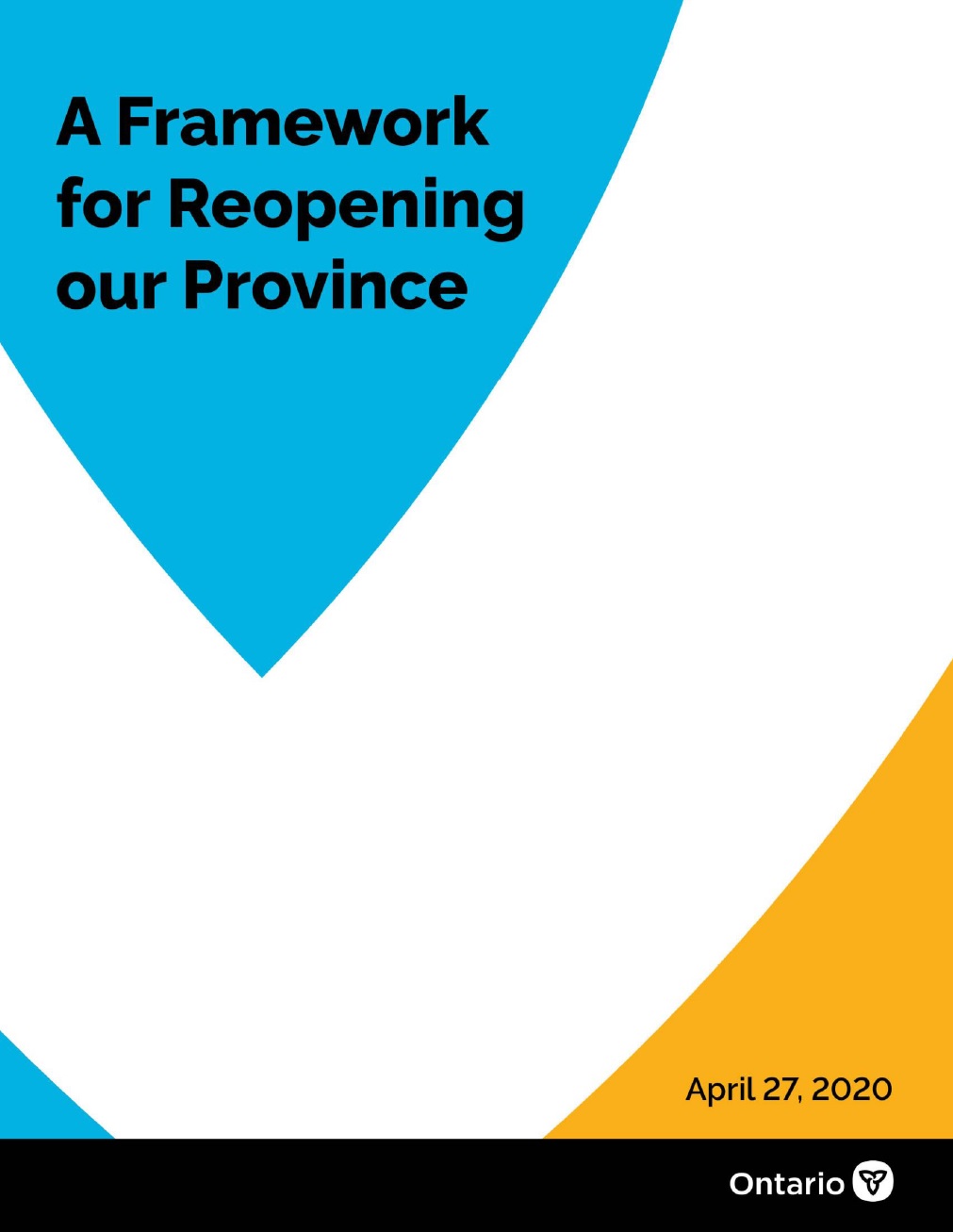 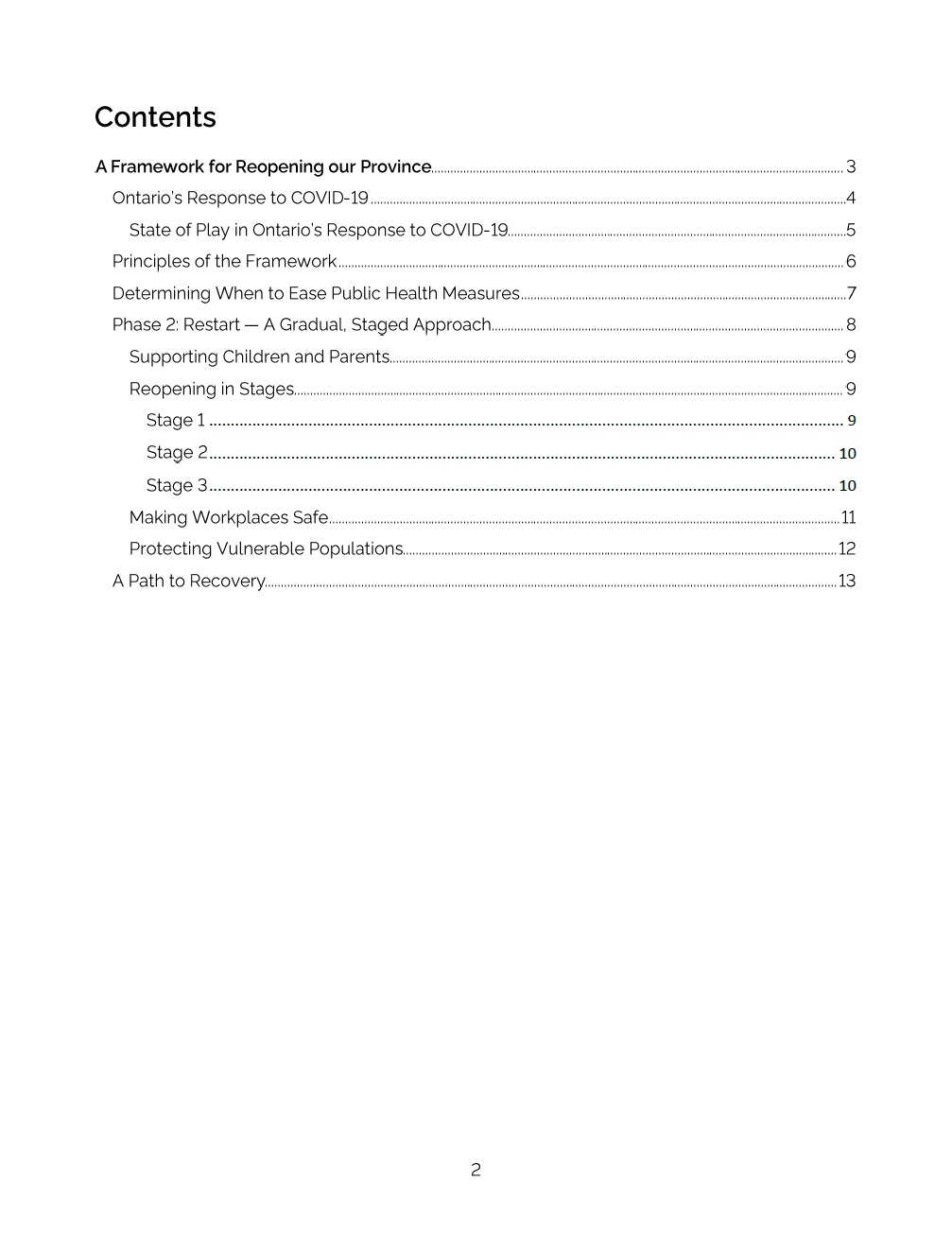 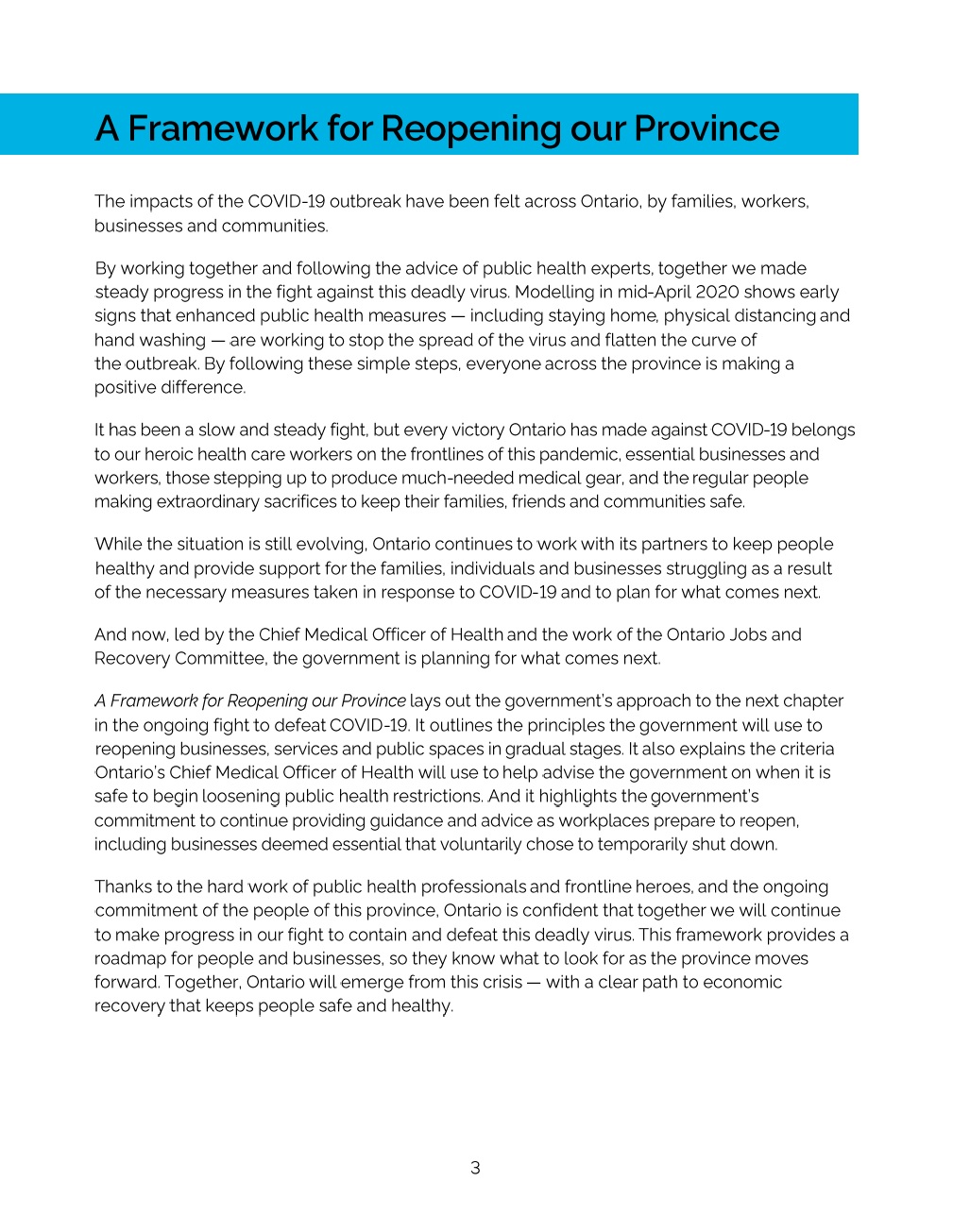 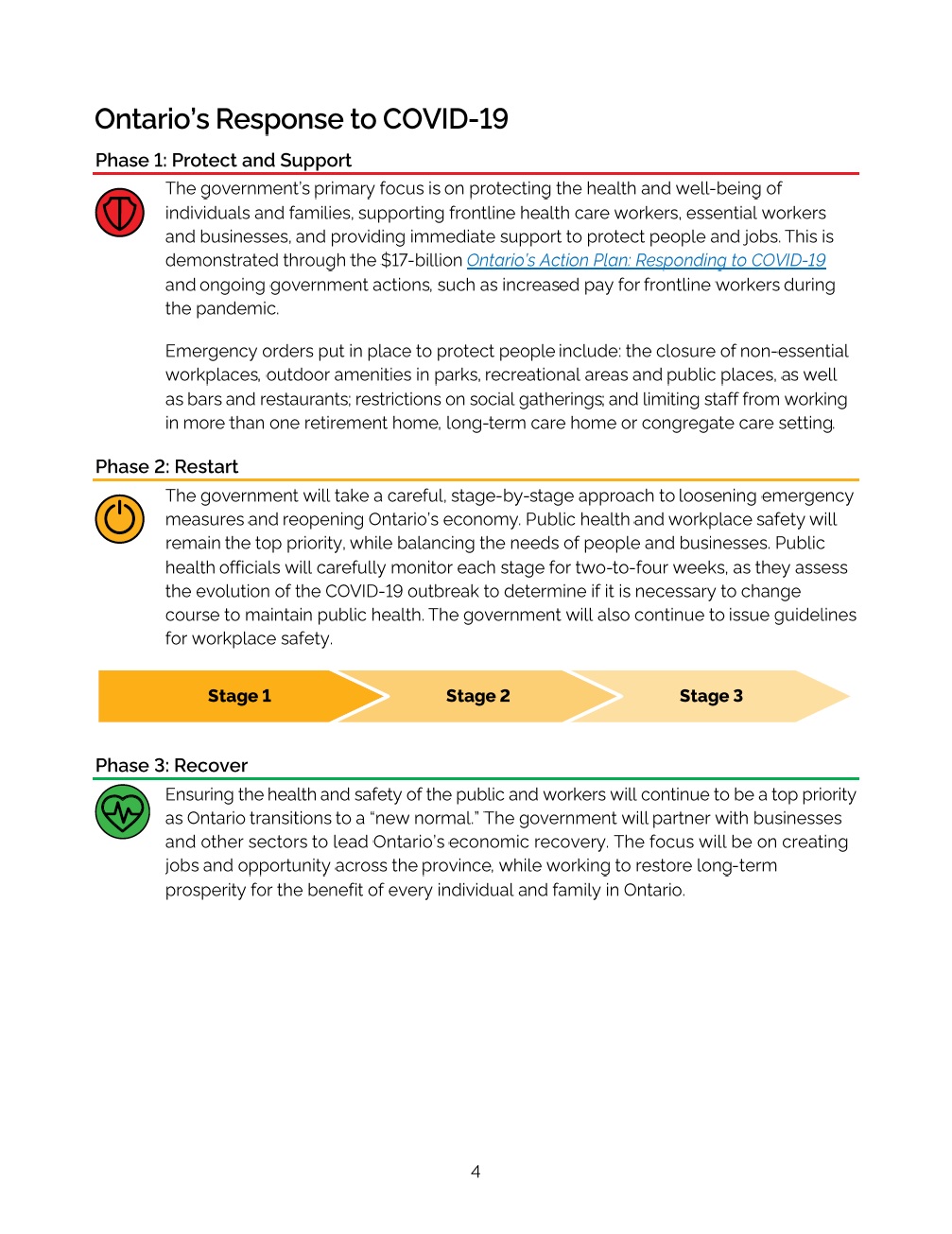 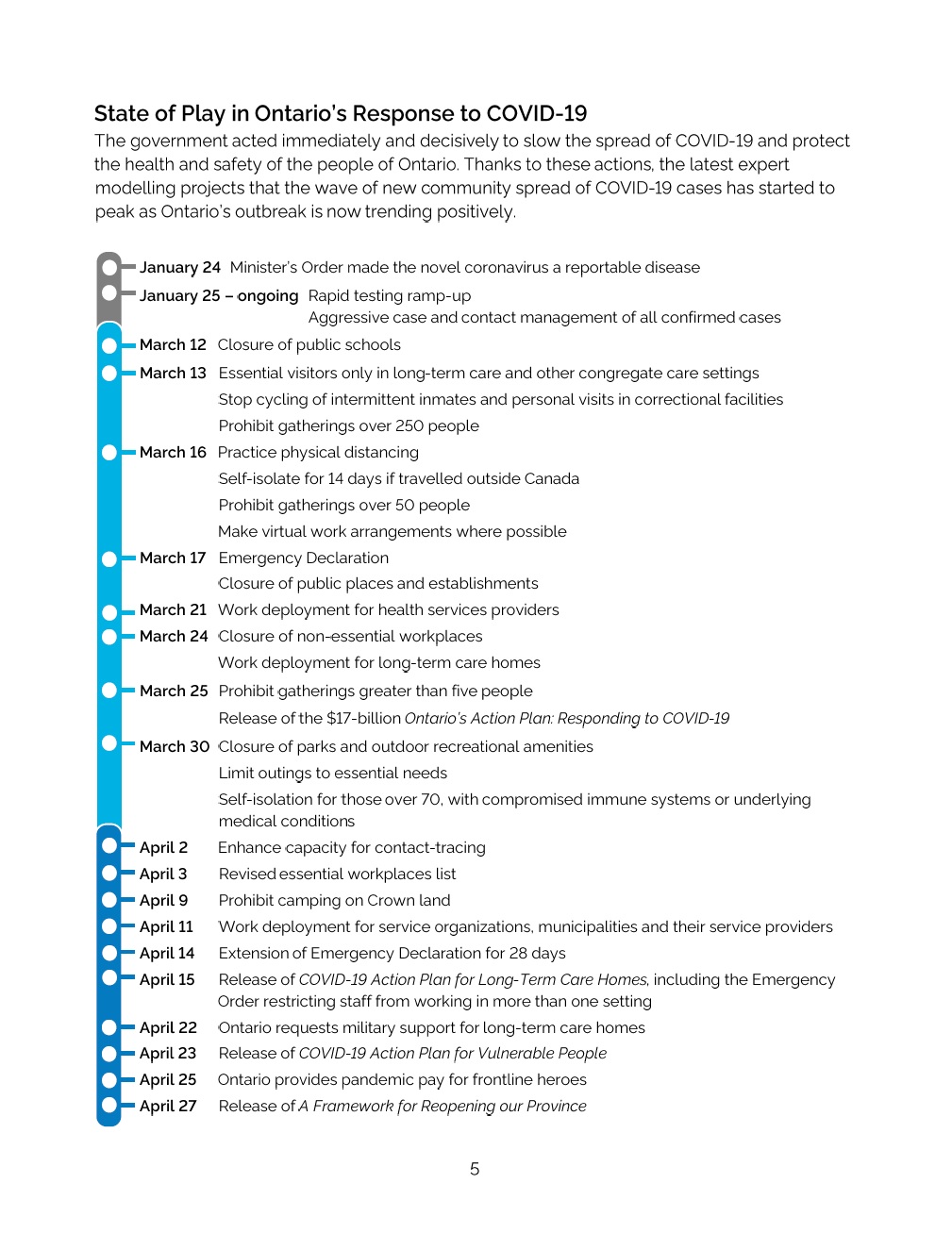 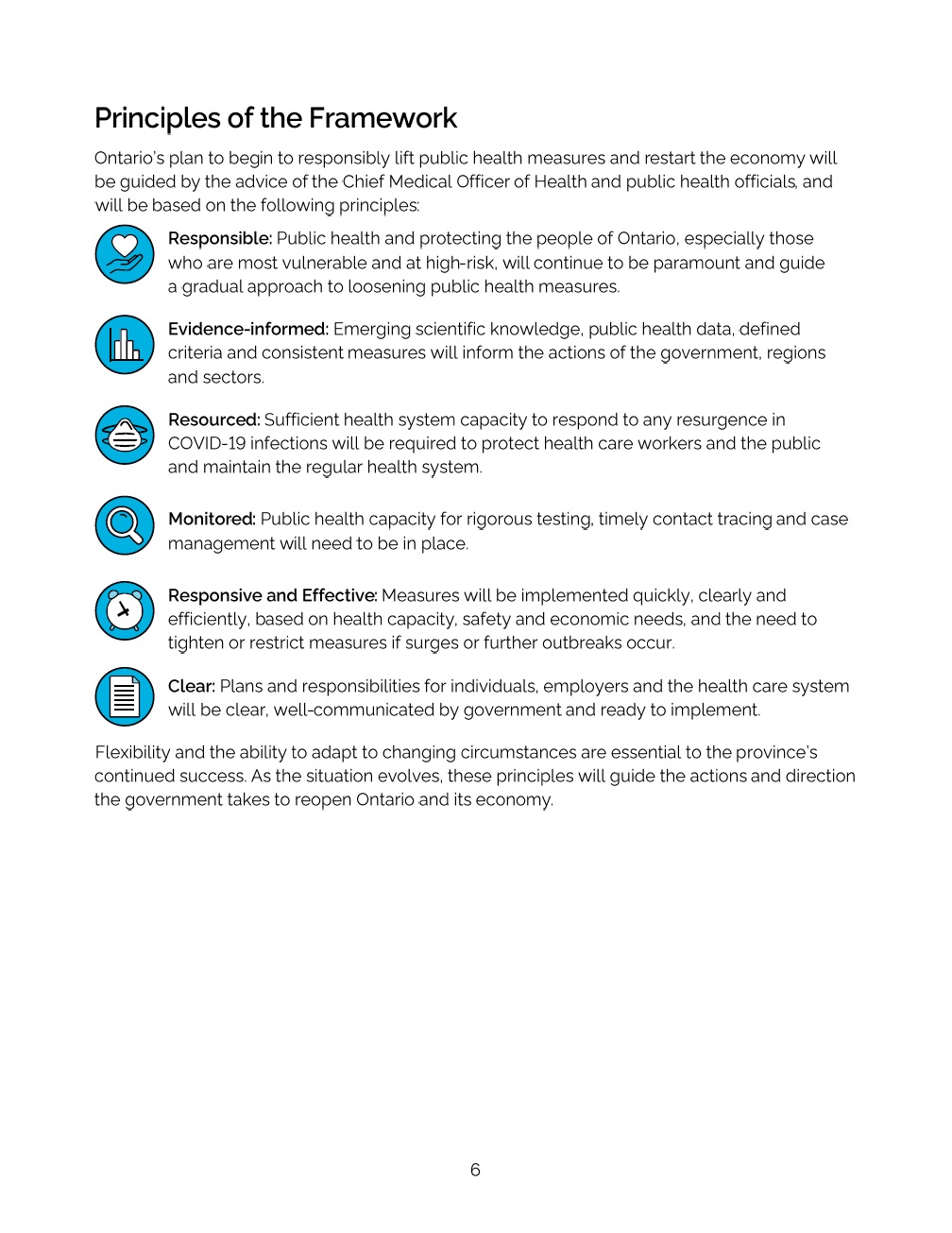 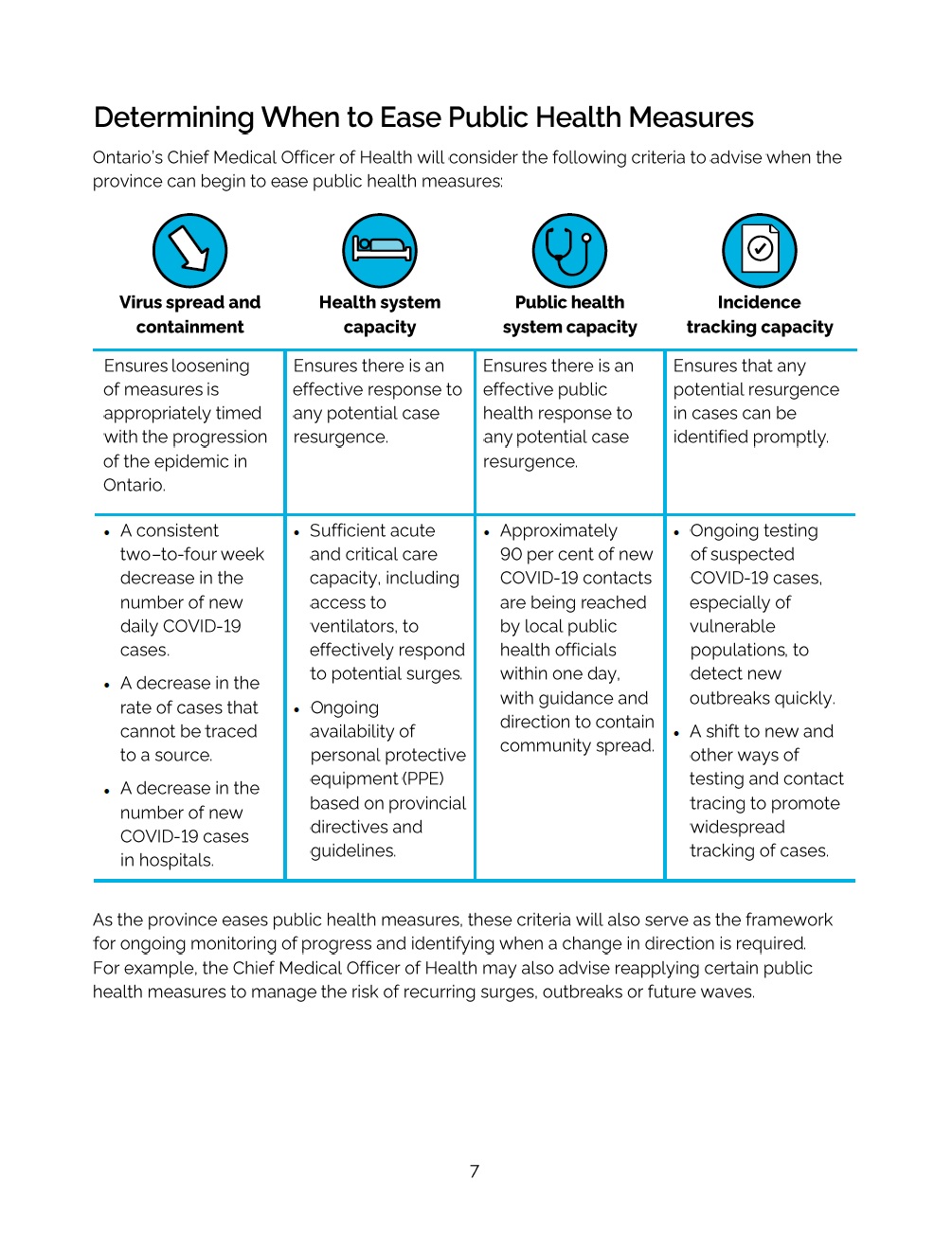 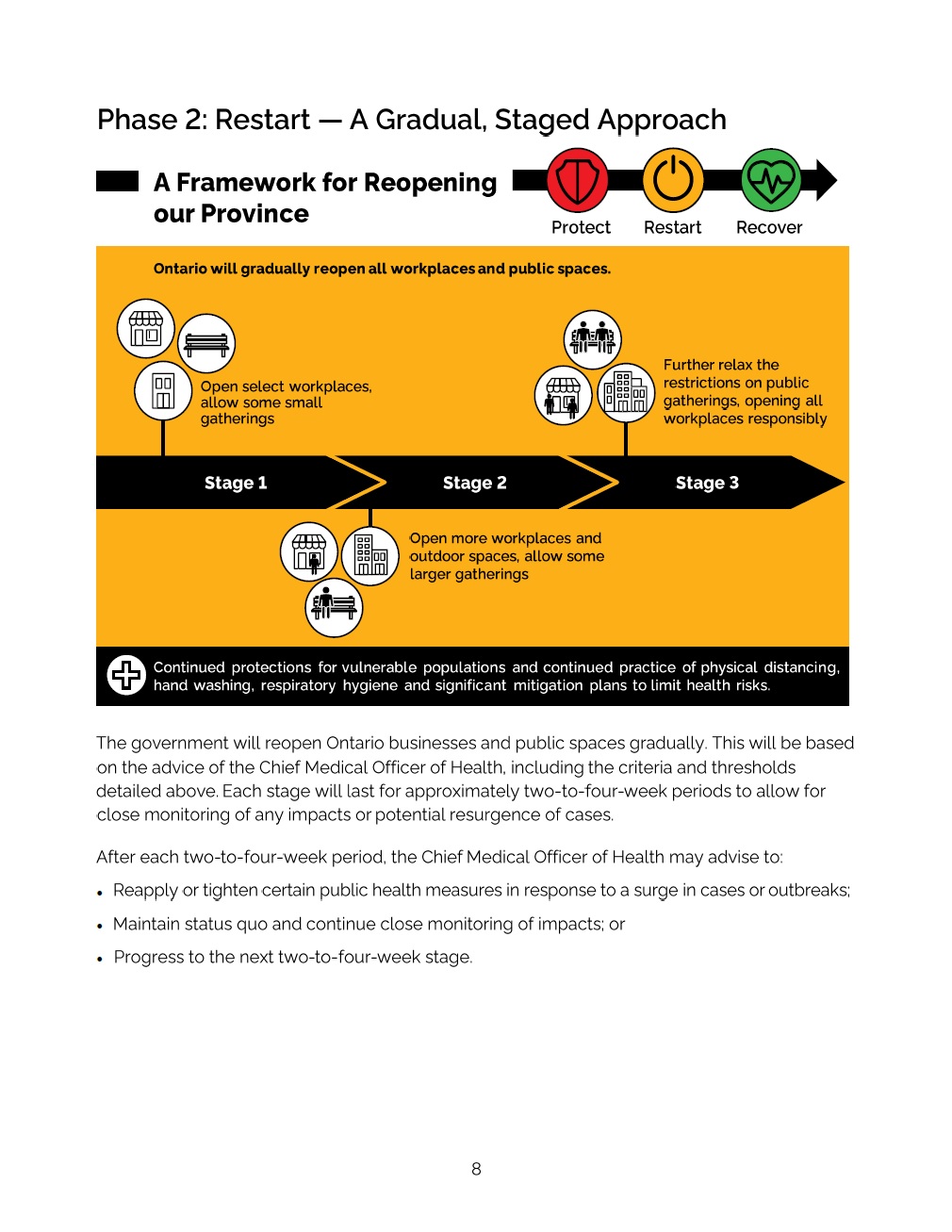 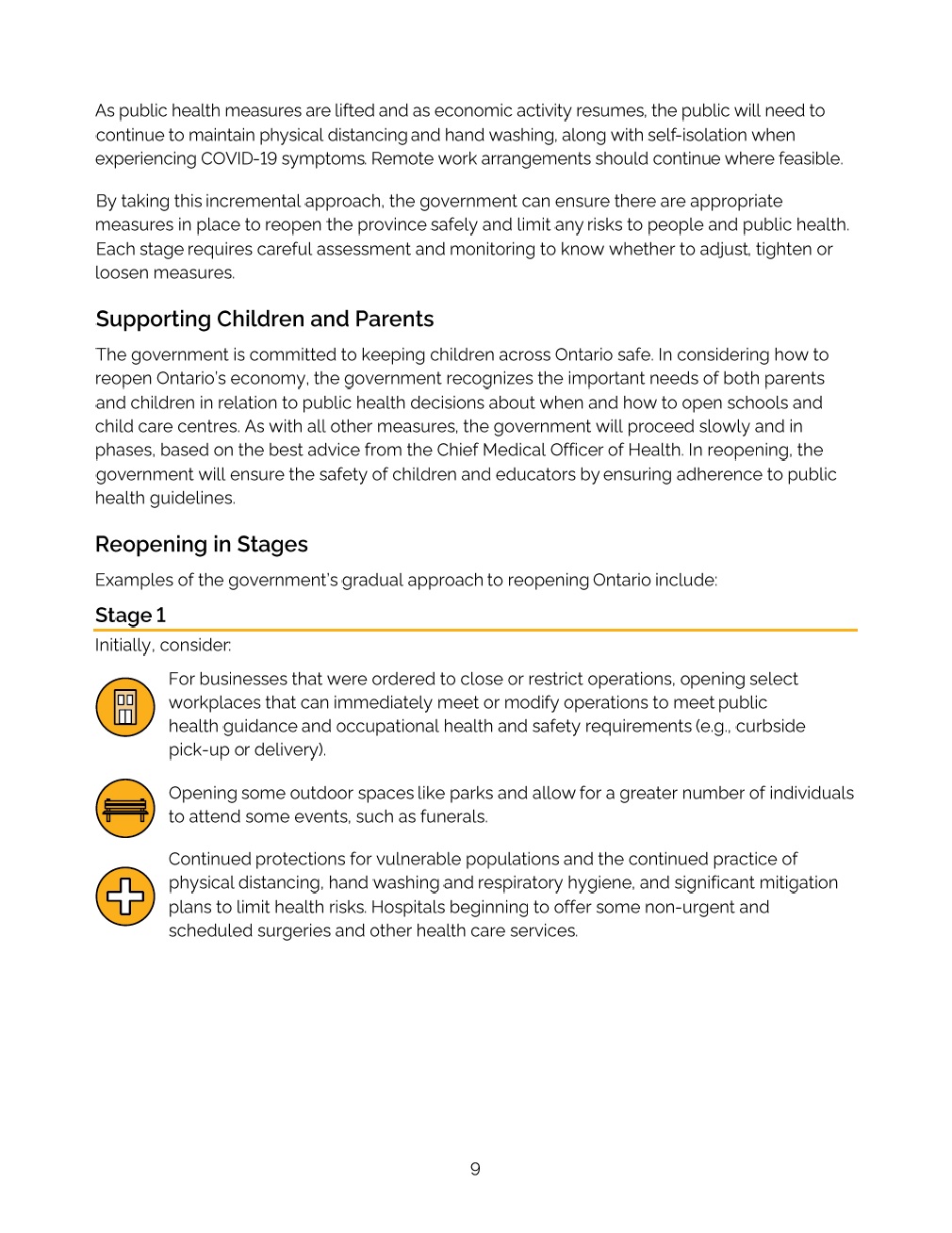 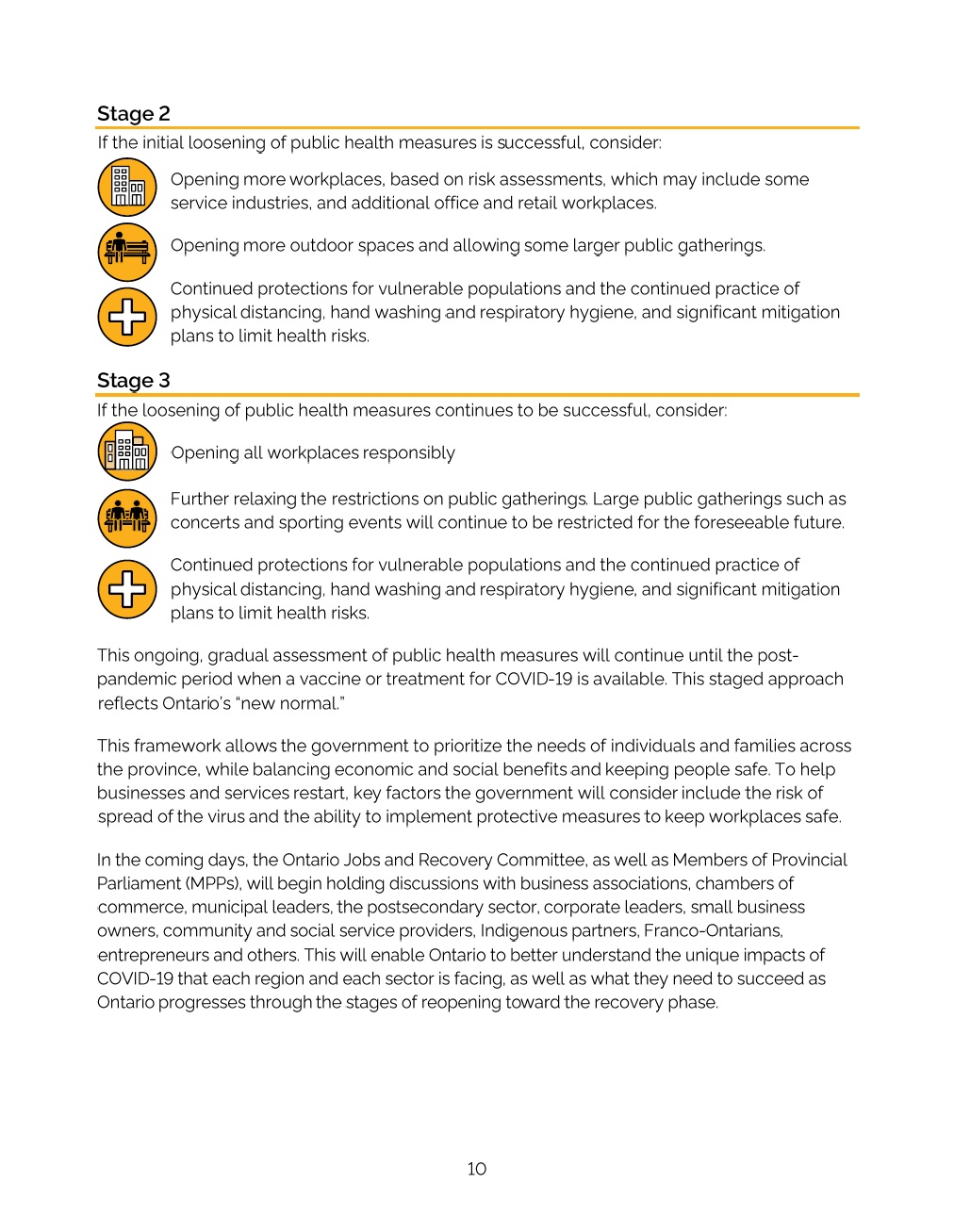 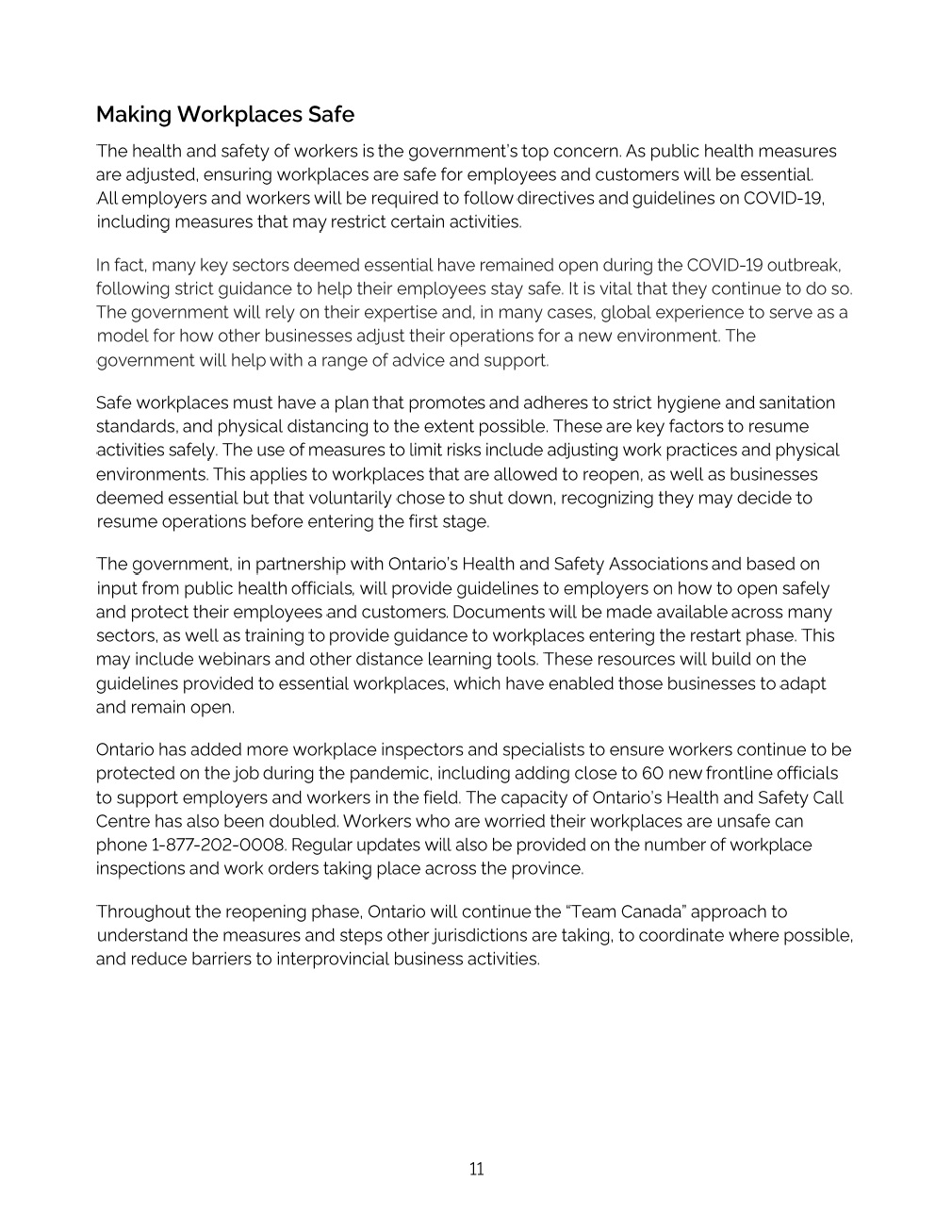 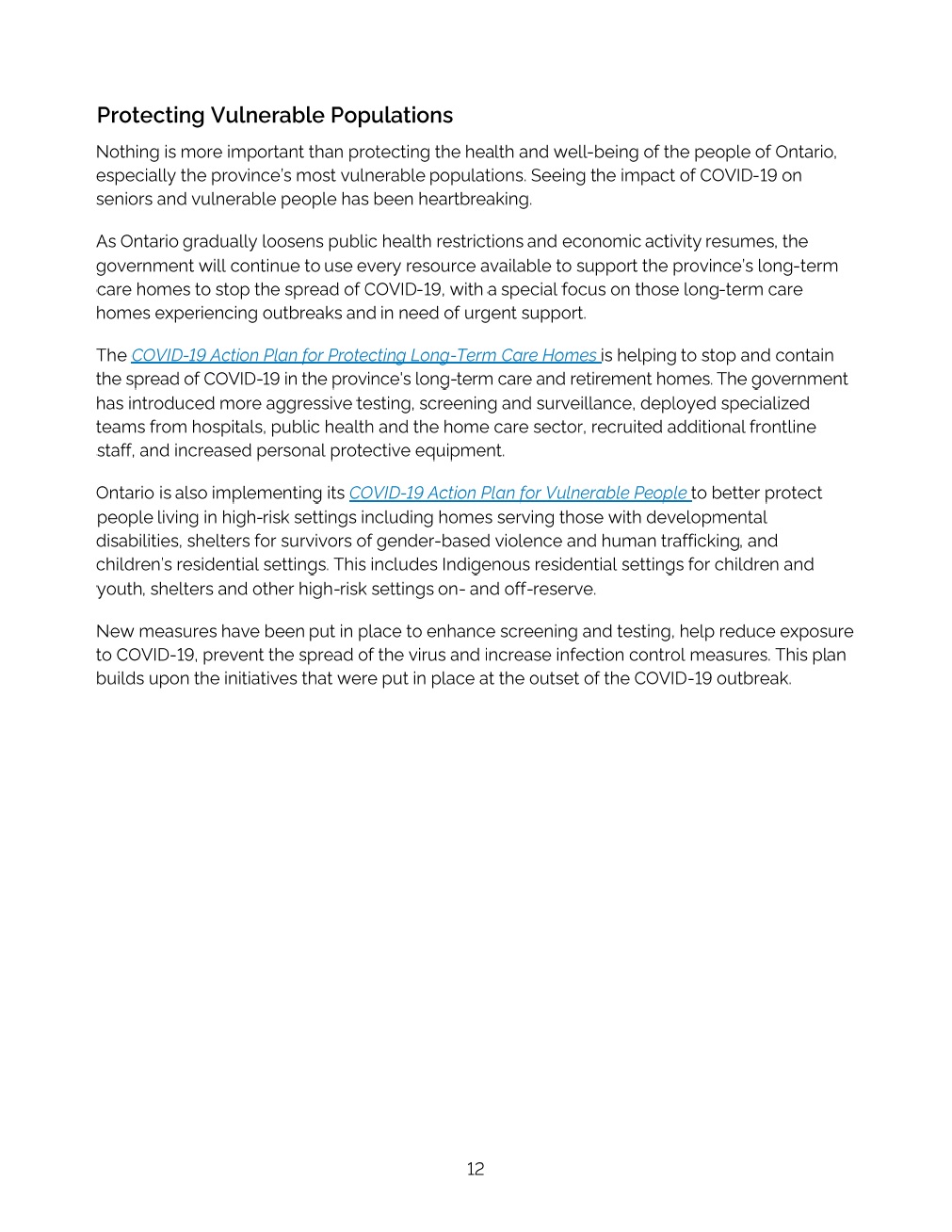 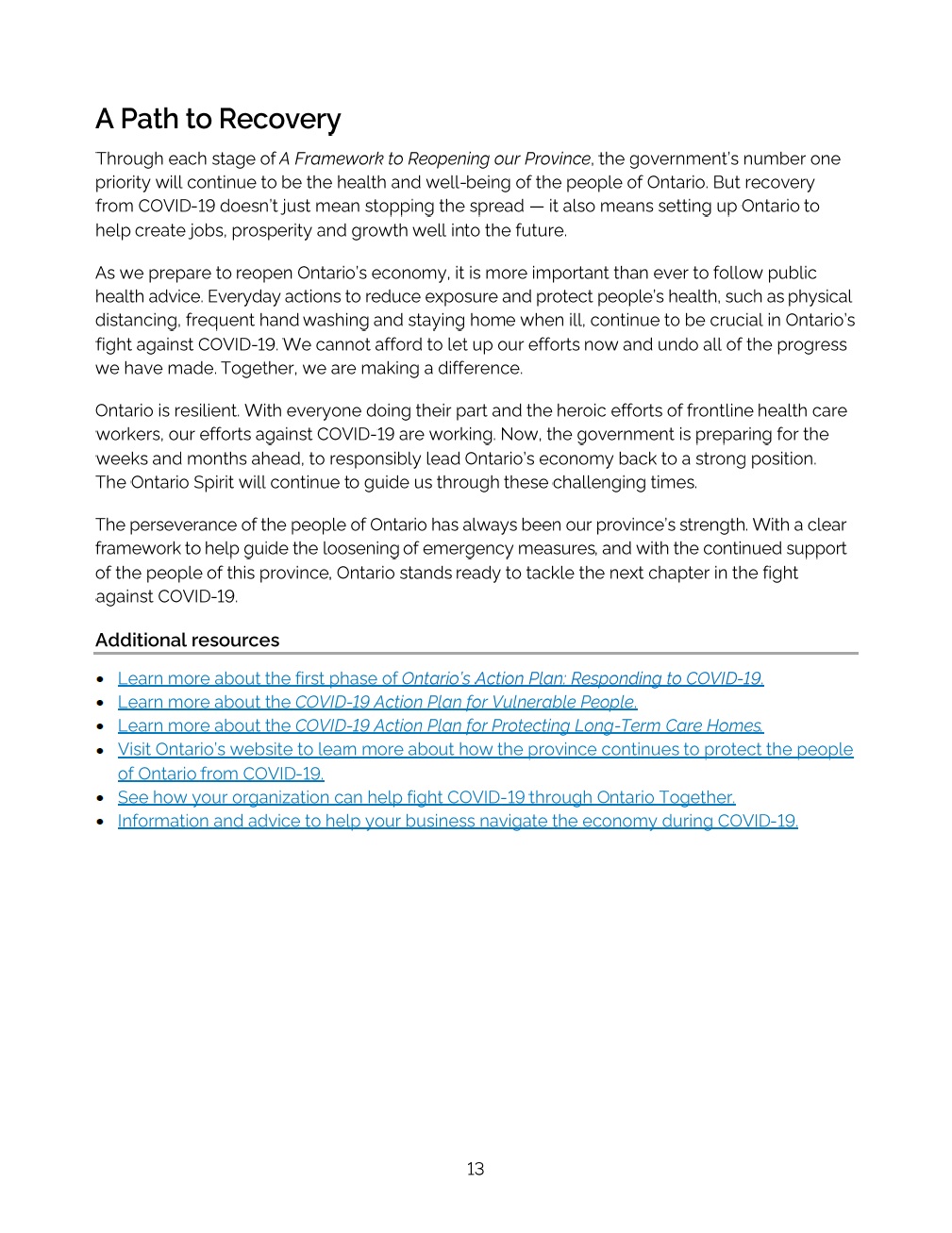 Coronavirus
What Ontario knew, Part 4: An inquiry into a serial murderer — and long-term care
ANALYSIS: Justice Eileen E. Gillese was tasked with looking into a series of murders, but her inquiry revealed a broken LTC system.
Matt Gurney