#onpoli newsletter: Will the federal Conservatives trigger an election?

Now that the dust has settled and the federal Conservatives have elected their new leader, Erin O’Toole, the focus has shifted to what the party will do next. Will it try to trigger a fall election? Podcast hosts Steve Paikin and John Michael McGrath discuss why that might not be the best move.

Looking into a crystal ball

John Michael: Well, August has come and gone, and Queen’s Park watchers didn’t get the cabinet shuffle many of us had been expecting — at least, we haven’t gotten it yet. MPPs don’t return to Queen’s Park for two more weeks. In the meantime, the national capital is gripped with an entirely different form of speculation: Will Canadians be headed to a fall election? Prime Minister Justin Trudeau doesn’t currently command a majority of MPs in the House of Commons, so it’s at least arithmetically possible that he could lose a vote of confidence when he brings his own throne speech to MPs later this month. On the other hand, the brand-new leader of the Conservatives, Erin O’Toole, says, “That’s not my priority.” That could be the end of it: given the current seat count, every single opposition party would need to vote against the government to trigger an election, and, if the Tories support the government — or even abstain — then the prime minister and his government live to fight another day. So what do you say, Steve? Care to make a clear, unambiguous prediction about how this all shakes out — that I might tease you mercilessly about if you’re wrong?

Into the lion’s den

Steve Paikin: Well, when you put it so invitingly, how can I resist? Actually, to quote the current prime minister's father: just watch me. Resist, I shall. I won't take the bait, because I already humiliate myself enough on this job. Having said that, I will ask what seems like a reasonable question: Do Canadians really want an election right now? Do they want to be lining up in polling stations during a global pandemic to exercise their franchise? Certainly, some do. They'd love nothing more than to get rid of the current government ASAP. I haven't seen any polling on this, so I'm just going by gut instinct here. But I'd imagine that most Canadians, less than a year after the last election, are not champing at the bit to spend the several hundreds of millions of dollars it would take to mount a new election. I also wonder whether Conservatives, as much as they detest the Trudeau government, would want to throw their brand-new leader Erin O'Toole into the lion's den of a campaign so quickly. Don't they want to give him a chance to get his feet wet in Parliament first? To let him respond to the speech from the throne and see what he can do during question period? Do Conservatives, who just ponied up significant dollars to run a leadership election, want to dig deep again already to fund a general-election campaign? Maybe. But I'm betting most would rather see O'Toole have a chance for Canadians to get to know him better before getting him out there on the hustings.

John Michael: Well, sir, score one for your gut instinct: Leger did a poll last week about precisely this question and found that only 38 per cent of respondents are for calling a fall election, with 42 against and 19 unsure. Hardly a groundswell of support for a rush to an election. I agree with you about the calculation that’s likely happening amongst the Conservatives right now, and I’d add that letting the government survive the autumn and winter wouldn’t necessarily put off an election call for that long: the feds need to present a budget in the spring, and that, too, will necessarily be a confidence vote. I can see a strong argument for the Tories to let O’Toole find his feet as a leader and do some more fundraising to pad their war chest. One thing that also occurred to me amidst all the election chatter is that the Liberals might also be hastily rewriting some of their pre-pandemic election planning. (One would hope they are, actually!) It’s no secret that Trudeau is still prime minister in large part because of his party’s strength in Ontario, and that popularity in this province came in part from Doug Ford’s pronounced unpopularity in the fall of 2019. Well, it’s a year and a pandemic later, and not only does Ford have a substantially improved approval rating, but he and his federal counterparts have been getting along like a house on fire. Even if some Liberals are tempted by the idea of an election that could return them to a majority in the Commons, they can’t exactly rail against Ford’s policies at Queen’s Park this time, can they?

Should Doug Ford campaign for the federal Conservatives?

Steve: They surely can't. (And thanks for finding that poll that confirmed my gut instinct on this. Note to readers: this is one of the very good things about working with JMM. He knows stuff I don't!) As long as we're on this subject, let me dive in on this issue of Premier Ford's saying last week that he'll decline to campaign for the federal Conservatives in the next election. Yes, I suppose it's noteworthy to a certain extent. But the fact is, Ford is following what has been the traditional practice in Ontario. Because former premier Kathleen Wynne campaigned so hard for Trudeau (I think she did more than 30 events for him, in part because she disliked Stephen Harper so much), many Ontarians may think that's the norm. It isn't. Dalton McGuinty kept his head down during the federal elections on his watch. (A minor exception: he campaigned for his brother David, who shared the Ottawa South seat with him.) Mike Harris and Ernie Eves did next to nothing for their federal Tory cousins. Same for David Peterson, who had referred to his federal Liberal cousins' unpopularity as "an albatross around my neck." Over the last half century, only Bill Davis and Wynne dove in deep during federal campaigns — Davis because he was such a party loyalist and Wynne because she wanted a new federal partner that Harper clearly would never be. The others didn't, for many of the same reasons Ford won't either. The premier has told us numerous times he's getting along fabulously with the current federal government, so why rock the boat? (For goodness’ sake, the new finance minister, Chrystia Freeland, has referred to Ford as “my therapist” because of how often the two talk.) And there's also the tried, tested, and true pattern of how Ontario votes: they rarely put the same party in power both in Ottawa and at Queen's Park. Ontarians have repeatedly demonstrated that they like to balance those two power centres with different parties. So, if history is any guide, it’s in Ford’s interests to have the Liberals (on a leash?) in power in Ottawa.

John Michael: It also probably doesn’t hurt that the current PM has been in a generous mood when it comes to handing over oodles of federal cash for things in provincial jurisdiction, including $2 billion for schools just last week. In his heart of hearts, Doug Ford might prefer a more conservative prime minister — but, for the provinces, a Liberal opening up the national fisc and saying, “Help yourself” isn’t a bad consolation prize.

The podcast will be returning with regular weekly episodes on September 8.

Want to know more? Check out the latest episode of #onpoli for on the latest coming out of Queen’s Park.

Limited time only: Your Ontario Hubs donation will be doubled! 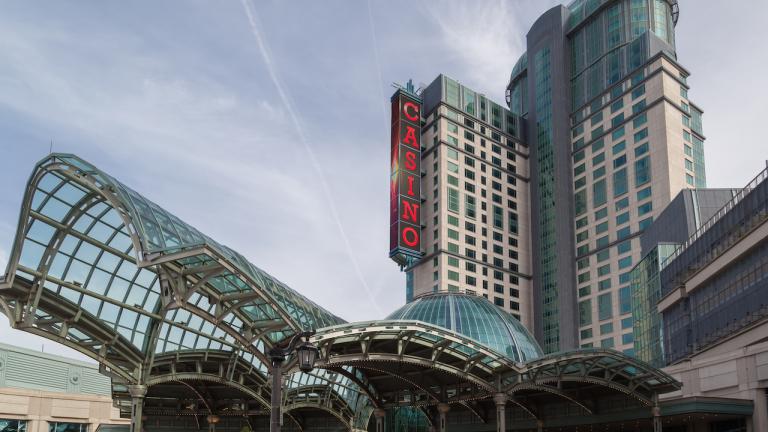