On policing, Ontario could try something radical — like democracy

OPINION: Municipal and local politicians like to avoid questions about police conduct by saying they have no role in police operations. That means police answer to nobody but themselves
By John Michael McGrath - Published on Jun 09, 2020
The Toronto Police Service illegally surveilled the chair of that city’s police-services board in the 1990s. (iStock/stacey_newman)

Here’s a quick civics question for anyone in Ontario: If you’re outraged by an example of police misconduct in your community, which elected official do you yell at? Yelling at elected officials is, after all, the fundamental driver of change in a democracy.

If you live in a city or town with its own police force, you may reasonably think that an angry phone call to a councillor or mayor is your best course of action. But you’d be wrong, since police forces don’t answer to mayors or city councils.

No matter then, you think — police forces in Ontario (either local or the OPP) are all essentially creatures of provincial law and therefore ultimately answerable to the legislature. So perhaps you’d write your MPP, or even the premier, about your beef with the police. You might even threaten to withhold your vote in the next election unless they do something about it.

But this would also be ineffective. Your MPP or premier is likely just to repeat the words they always say when it comes to the police: in Ontario, elected officials don’t dictate the operations of police, especially on day-to-day matters. And then they’re likely to say that your complaint would be better addressed to your local police-services board.

Police accountability is buried in many graveyards in the province, and police-services boards are definitely among them. Made up of provincial appointees and sometimes local councillors, they’re largely a dumping ground for party bag-men and -women — a fact that made things extremely awkward not too long ago in Sudbury, after the Liberal-appointed chair of the local police-services board was charged with a crime in that riding’s byelection scandal (the charges were later dismissed by a judge).

These bodies are, formally anyway, the ones that are supposed to be overseeing the fists of the state in their communities, and I have no doubt that most people don’t know they exist or what their purpose is. They suffer from a number of flaws, but the fundamental one is that they are designed to push scandal and controversy away from Queen’s Park (the government would prefer not to have the headaches) but are also expressly forbidden from having any real authority to solve problems.

This was most vividly demonstrated in Peel region a few years ago when the police-services board, including Mississauga mayor Bonne Crombie, voted to suspend the racist practice of carding (aka “street checks,” which saw police stop and question innocent people with no probable cause) and the then-chief of the Peel police simply … ignored the vote.

What happened in Peel is arguably not even the worst-case scenario: the Toronto Police Service illegally surveilled the chair of that city’s police-services board in the 1990s — just one in a long line of cases that involved the police using their power to strong-arm their civilian overseers.

In short, the police-services boards have responsibility but no power or authority, while the province has real power and authority but has shirked any real responsibility. That needs to change, and elected officials need to be made explicitly responsible for overseeing police conduct.

This is where Ontarians of many parties will start feigning horror: Elected politicians? Dictating matters to police? Isn’t that awfully … American? But the status quo is failing badly, and it’s an insult to a democracy. When police do something wrong, nothing changes in Ontario, because voters have no one to punish. There needs to be a clear line of responsibility to someone voters can reasonably withhold their support from at election time if political leaders are ever going to change.

Maybe that person needs to be a provincial cabinet minister; maybe they should be an elected municipal official. Maybe the police-service boards should, themselves, be elected the way school boards are. But if they are — if they’re not going to remain toothless and useless — they need to be given much clearer powers to actually regulate the conduct of police. Above all, it needs to be clear to voters who is responsible and where they can vote for change.

Provincial politicians will be the ones who ultimately make that decision. It was Premier Doug Ford who decided early on in his government that police needed less oversight and accountability. Maybe a future government will revisit that decision, and more. If they can’t bear the thought of actual democratic accountability for police forces in this province, politicians should look at the speed with which “defund police” has gone from slogan to policy in the United States and consider that Canada isn’t immune from the same forces demanding real reforms.

Opinion
Why the Liberals will — and won’t — miss Kathleen Wynne
OPINION: The former premier has announced she won’t be running for re-election. Like her or not, she leaves big shoes to fill.
John Michael McGrath

Opinion
If Toronto wants to be a global tech hub, it needs to nurture Black talent
Melissa Alice 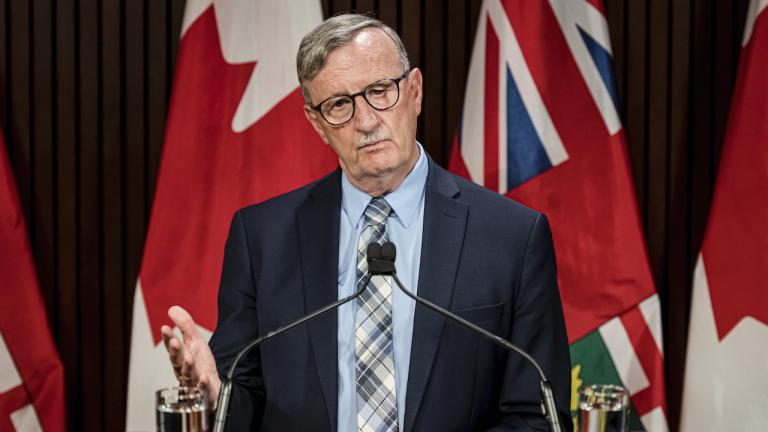