Scientists have been trying to protect the Great Lakes from an Asian carp invasion, but a new report says the time for defence has passed — the carp are here, and it’s time to focus on eradication
By Tina Knezevic - Published on Feb 10, 2017
Asian carp are considered the biggest invasive threat to the Great Lakes' $7-billion fishery. (Wisconsin Department of Natural Resources/Creative Commons)

The fight against grass carp — one of four types of invasive Asian carp — has shifted gears.

Previously, the governments of Canada and the United States fought to keep the fish out of the Great Lakes, monitoring key access points and implementing strict security protocols. But a new report from Fisheries and Oceans Canada (DFO) and the Great Lakes Fishery Commission (GLFC) says they’ve already arrived in three of the five lakes. Particularly worrisome is that prior to 2015, all the grass carp found in Canada were sterile. Researchers are now finding higher numbers of fertile fish, and the threat of a growing population means they must rethink their strategy.

Come May, when the lakes and rivers thaw out, conservation efforts will focus on understanding and eradicating the population that is here.

“We’ve got lots of ideas on the go because it’s February and our field season will start in May,” says Becky Cudmore, manager of DFO’s Asian Carp Program and lead author of the report. “At this point, we’re putting everything out on the table,” she says, adding that the execution will depend on what kind of resources she has.

The proliferation of Asian carp, considered to be the biggest invasive threat to the Great Lakes, could damage the region’s $7 billion fishery. Grass carp, in particular, are big eaters — they can consume 40 per cent of their body weight each day, feeding on submerged vegetation in wetlands. They can destroy spawning and nursery habitat for native fish species, as well as essential waterfowl habitat.

The new report signals that it’s time to act. Marc Gaden, communications director and legislative liaison with the GLFC, says there is a key difference between the “arrival” and “establishment” of a species. Arrival means the fish are here and establishment means they have a self-sustaining population. Over the next 10 years, establishment is very likely in all the lakes except Superior (where young fish can't survive the cold winters), unless preventative action is taken immediately.

“Once a species is here and is established, the tools that are available to deal with the problem become limited,” he says. “There aren’t a lot of really targeted methods for grass carp the same way that we have targeted methods for sea lamprey. The emphasis is on prevention.”

Nicholas Mandrak, co-author of the study and biology professor at the University of Toronto, says they’ve caught the species at the bottom of the “invasion curve” — an S-shaped graph that biologists and managers use to evaluate where they are in the invasion process and what management measures to take. The best way to deal with the arrival of a new species at this point, he says, is to eradicate them. As they move up the curve, population growth becomes exponential, and eradication becomes impossible.

And this is already changing how DFO is conducting its research.

The increasing number of fertile grass carp means that without significant control measures, the number of fish in the lakes could multiply. In the 1960s, the fish were introduced in the U.S. as a management strategy to control rampant aquatic vegetation. By the ’80s, a sterilized release program was introduced, but fertile fish may have escaped from their enclosures and it’s now thought there could also be human-mediated releases of fertile fish.

Gaden says the other key element to controlling the population is gathering the science to understand grass carp behaviour: where they spend their winters, what kind of habitat they prefer, and where they’re reproducing.

Mandrak, who worked with Canada’s fishery department, says a “rapid response” is key, and the DFO has been doing this since they discovered the threat. Now, his lab is trying to determine where Asian carp can breed in Canadian waters and what methods could prevent them from spawning, including sound, light, and other impermanent barriers. In the fight against grass carp, this kind of research will prove critical to their management.

“The more information we have on what makes them tick,” Gaden says, “the more capable we’re going to be in keeping them under control.”

Tina Knezevic is currently completing a journalism fellowship at the Munk School of Global Affairs.

Photo courtesy of the Wisconsin Department of Natural Resources and licensed for commercial use under a Creative Commons licence. (See the uncropped version) 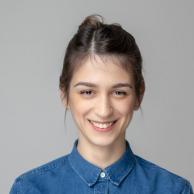 Tina Knezevic is a Toronto-based freelance journalist whose work has appeared in The Walrus and on TVO.org.