In the region’s remote First Nations more than 80 per cent of five year olds have tooth decay — but a new program aims to fix that
By Charnel Anderson and Madalene Arias - Published on May 16, 2018
Most children on First Nations have oral health problems because of a combination of factors, including the high cost of health food and a lack of water infrastructure. (iStock.com/YakubovAlim)

As dental hygiene co-ordinator in Sioux Lookout for Indigenous Services Canada, Wendy Simpson is a witness to the staggering problem of tooth decay in children living on First Nations in Canada.

A town of 5,200 people located nearly 400 kilometres northwest of Thunder Bay, Sioux Lookout is known as the “Hub of the North” because people from dozens of remote communities travel there for essential education and health-care services. Simpson says a lack of infrastructure greatly affects dental health in the Indigenous communities that her organization serves.

“Some of the communities don’t have plumbing in the houses,” Simpson says. And regular brushing becomes difficult if a home doesn’t have running water, she notes.

Herenia Lawrence, a dental health researcher at the University of Toronto, says tooth decay among Indigenous children is “a very significant problem.” According to her 2004 study, approximately 70 per cent of Indigenous children living on reserves in Canada have experienced tooth decay by the time they turn three years old. That number increases to 87 per cent by the time a child turns five.

A separate study from 2010 reinforces these findings, noting that approximately 86 per cent of First Nations children between the ages of three and five years old have experienced tooth decay.

However, the problem goes beyond just the cost of a dental visit. A number of socioeconomic and geographic factors can negatively affect the dental health of young Indigenous people living on remote First Nations.

Simpson believes there is no single solution to the problem of dental decay on First Nations. She would like to see infrastructure issues addressed, more access to healthy food, and then longer or more frequent visits from dental professionals to the community.

“At this point, I don’t see a significant improvement until they could address the other conditions that need to be met,” Simpson says.

For example, even in the communities that do have running water, the supply is typically not fluoridated. (Most urban water systems in Canada are fluoridated as a measure to prevent tooth decay.) Other factors contributing to poor dental health on First Nations include a housing shortage, which limits a person’s ability to perform basic hygiene, as well as socioeconomic factors including unemployment and drug abuse.

“The other factor to consider is the cost of healthy food,” Simpson says. “Unfortunately, less healthy options are far more affordable than healthier options.”

Lawrence’s study reports that a leading cause of tooth decay in children comes from feeding them a sugary drink (like fruit juice, sweetened tea or soft drinks) in a bottle, right before bed.

Living in a fly-in community creates additional challenges. For most Canadians, seeing a dentist with a young child can be stressful. The situation becomes exponentially more difficult if the child needs significant dental work, and can only receive it by flying to another community in a small plane. In such a scenario, some parents reason that baby teeth eventually fall out anyway, so why bother?

“The cost of pain and suffering, and taking care of general anesthetic, and being flown out of the community. It’s a bit of a disturbance for the family,” says Lawrence.

Looking for a way to try to address these challenges, Lawrence has travelled to Sioux Lookout more than a dozen times since 2000. Along with her team, Lawrence has been working on a preventative program to address the unique issue of tooth decay in Indigenous children. The team has worked with new and expecting mothers, providing guidance and counselling.

“We encourage breastfeeding, we encourage more traditional foods as well, and we encourage the moms to go to the dentist herself during pregnancy,” says Lawrence.

The preventative program, called the Baby Teeth Talk Study, is the first of its kind. The program aims to tackle tooth decay in Indigenous children, with a particular focus on decreasing the number who are treated under general anesthesia. As the lead investigator, Lawrence hopes to show that the program would dramatically improve the oral health of Indigenous children in the Sioux Lookout region — and across the world.

In the meantime, the Sioux Lookout-based dental department of the First Nations and Inuit Health Branch of Indigenous Services Canada regularly sends dental hygienists to isolated communities in the region. A team of hygienists typically visits every other month for up to two weeks at a time. While they’re on site, the hygienists provide a full complement of dental hygiene services, the cost of which is covered by the NIHB program. (Administered by Health Canada, the NIHB program covers a range of health-care services — such as dental and vision care — for registered First Nations and Inuit people who are not covered by other plans or programs.)

In 2004, the First Nations and Inuit Health Branch introduced the Children’s Oral Health Initiative in Ontario. In a statement in response to questions from TVO, a spokesperson for Indigenous Services Canada says the program resulted in a decrease in the severity of tooth decay for children from birth to age seven, over an eight-year period, in the first 25 communities that participated. Currently, there are 68 First Nations participating in the program.

Last fall the auditor general reported that Health Canada wasn’t sure if its dental health services were in fact having a positive impact on the oral health of Canada’s Indigenous people. In particular, the auditor noted a lack of dentists, dental hygienists and dental therapists to serve First Nations. Health Canada agreed with that finding, and committed to addressing the staffing shortfalls.

Indigenous Services Canada says it is working on a strategy to address the Auditor General’s findings, and says it will be finalized by June 30. 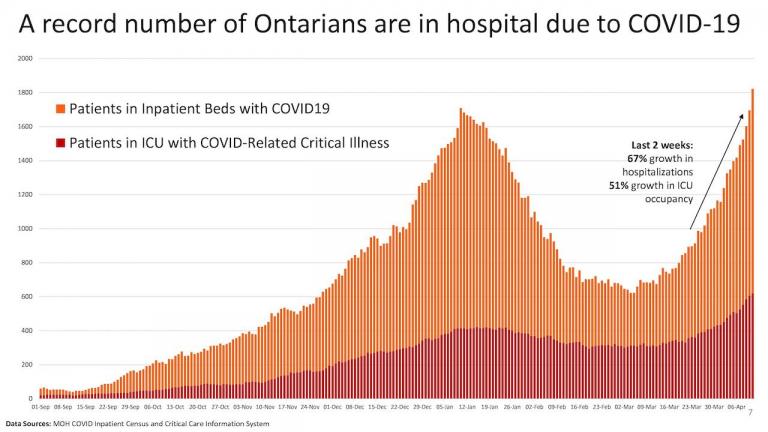