Brock McGillis came out after his hockey career ended — now he’s coaching young players on how to stop using hateful language on and off the ice
By Claude Sharma - Published on Oct 22, 2018
Brock McGillis (standing, centre) with the OHL’s Owen Sound Attack earlier this month. (facebook.com/brockmcgillis)

SUDBURY — In his teens and twenties, former Ontario Hockey League goaltender Brock McGillis played at hockey rinks around the world. But these days, at 35, he’s travelling to OHL arenas for a very different reason — to get homophobic language out of hockey.

McGillis came out publicly two years ago. Over the course of his career, which also involved stints in the Dutch professional league and on Concordia University’s squad, he heard countless homophobic slurs. Now he visits dressing rooms across the province to talk to young players about homophobia, in hopes of making the sport more inclusive and accepting.

TVO.org spoke with McGillis about his mission.

Did you face challenges playing competitive hockey as a young age?

I would say during my OHL days, when I was a teenager. You’re going through hormonal changes. I was living away from home, so I was homesick. No one knew I was gay, so I was living in denial. Some nights I did some incredibly reckless things in an attempt to die. I started to numb myself daily with alcohol — and hid it from everyone. And I did that up until I was 23. I had written out all the ways I was going to kill myself, and it was foolish. It’s something I’m incredibly ashamed of, but it taught me a lot. I’ve learned from it and I’m in a situation now where I’m fortunate that I can help others. Hopefully they don’t make the same mistakes I made, and I help them before they get that into that dark place.

Why do you think players still use homophobic slurs in the dressing room and on the ice?

Language in hockey is probably the most homophobic and sexist of the four major sports. I’m a personal believer that, for the most part, it’s just a habit — and the players are products of their environment. Look at major-junior hockey: there are 20 or more kids on a team. The majority of the kids aren't from the town they're playing in, so they move to this town. The only people they know are each other. They automatically have 20 new friends. So they hang out with each other, they travel together, they spend all this time together, and before you know it, they start to talk the same, act the same. They've conformed to this idea of normal. And then, eventually, those people stay in the game in some form — as a player, coach, or general manager. They coach; they have kids who play hockey. So that language, those habits, just continue.

Is the culture of hockey as homophobic as it was in the past?

I think this generation is the most inclusive and progressive generation today. I don't think that they're homophobic. I think they use homophobic language.

What are you doing now to change the locker-room culture?

I have spoken to eight OHL teams and one in the Quebec Major Junior Hockey League. Number one, I want to eliminate homophobic, sexist, and racist language. I want to eliminate that from the sport because if we do it at this level and minor hockey level, more LGBTQ kids will stay in the game. Also, I want these kids to realize the social influence they have. Everything they say and do, the way they act is copied in our society. In every smaller community, these players are celebrities and they have the opportunity to create a positive change — not only towards the LGBTQ community, but in general. I see the opportunity for a shift in the sport.

Can you recall a moment when you really reached someone?

I worked with [the OHL’s Erie Otters] last year, and one of their players recognized the impact he can have. So after the Humboldt bus crash, he started a campaign where he made T-shirts and sold them. All of the money raised [$24,000] went to the Humboldt fund. So he, Aidan Timmermans, realized the social impact he could have — one kid, a rookie. That's huge. Players can have that impact and I want them to realize that.

This interview has been edited and condensed for clarity. 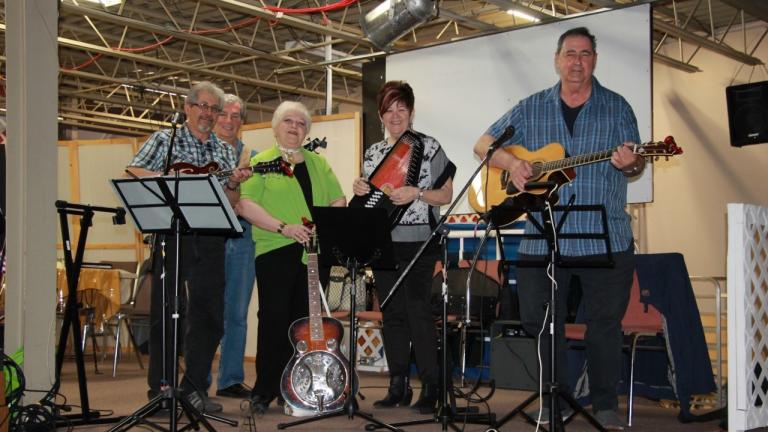