Meet the dinosaur that’s being uncovered in Trenton

Thanks to one Ontario company, the recently discovered Zuul crurivastator is seeing the light of day for the first time in 75 million years
By David Rockne Corrigan - Published on Oct 15, 2018
The fossilized skull of a Zuul crurivastator, which will go on display at the Royal Ontario Museum in December. (Brian Boyle/ROM)

TRENTON — If you’ve seen a dinosaur skeleton in a museum in the past 20 years, chances are you’ve seen the work of Research Casting International, a company that builds exhibits for museums around the world, including the Royal Ontario Museum, in Toronto.

The services it provides — which include the restoration, mounting, casting, and fabrication of dinosaur skeletons — require a mix of engineers, blacksmiths, paleontologists, and artists working at the intersection of science, history, and design.

It’ll take more than mere brute strength, though, for the company to complete one of its biggest projects yet: preparing the 16,000-kilogram body block of Zuul crurivastator, a recently discovered species of ankylosaur, for display at the ROM this December.

The block — a mass of hard sandstone about two metres tall — contains the 75-million-year-old fossil of Zuul crurivastator (whose first name was inspired by a monster from the movie Ghostbusters and whose second name means “destroyer of shins,” a reference to the weaponized tail that scientists believe the dinosaur used to fend off predators). RCI employees chip away at the block with pneumatic air scribes (basically, pen-sized jackhammers), slowly revealing the dino bones.

“It’s a remarkable skeleton. Probably the best-preserved club-tailed ankylosaur that’s ever been found, and it’s also one of the largest,” says David Evans, the paleontologist who helped name Zuul and who is head of dinosaur research at the ROM.

Evans explains that Zuul was found by accident in 2014, when an American team looking for a Gorgosaurus (a bipedal carnivore not unlike the more famous T. Rex) in Montana unexpectedly hit it with a bulldozer. The fossil, which had been hidden beneath about 30 metres of rock, “never came close enough to the surface to experience modern erosion through freeze-thaw cycles or plant roots,” Evans adds. “And because it was trapped in this rock without being disturbed, it has just spectacular preservation.”

The ROM acquired the fossil in 2016, and since then, RCI employees have discovered other specimens within the body block. “It’s not just a dinosaur in isolation,” Evans says. “It’s an entire ecosystem that’s preserved in stone. It has fossils of everything from turtles, crocodiles, clams, snails, and a remarkable array of plants.”

Just a day before TVO.org visited RCI, for example, one technician spotted what looked to be the jaw of a turtle. Further chiselling revealed the shell and limbs. Evans hopes it will prove to be another well-preserved fossil from the Cretaceous period. 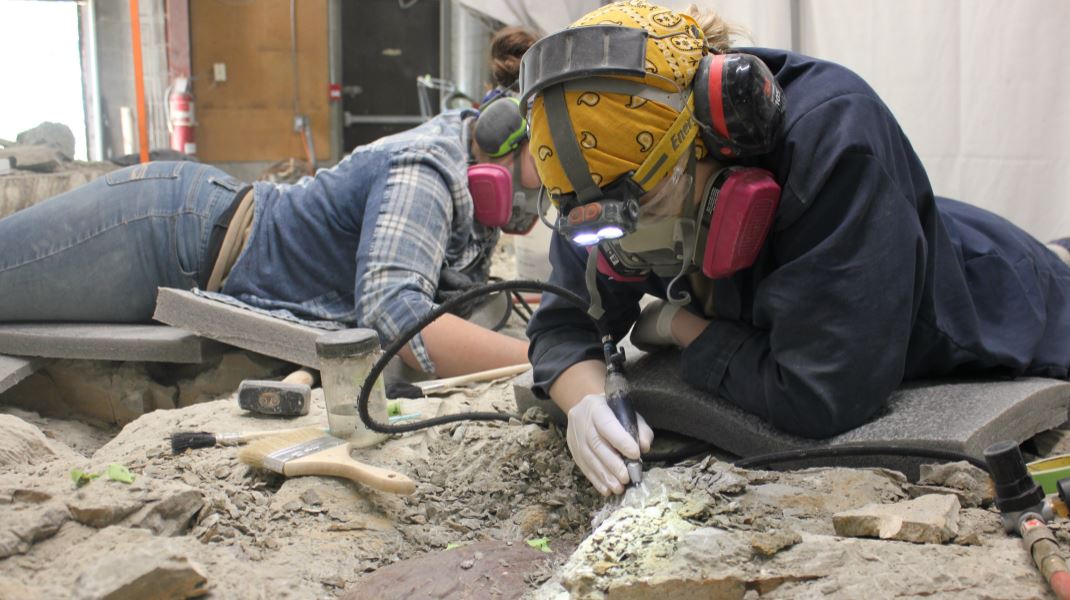 Emily Villars, a conservator tasked with whittling down the giant rock, says these incidental findings are the best part of the job: “It’s pretty awesome to come into work and be a part of discovering something new,” she says. 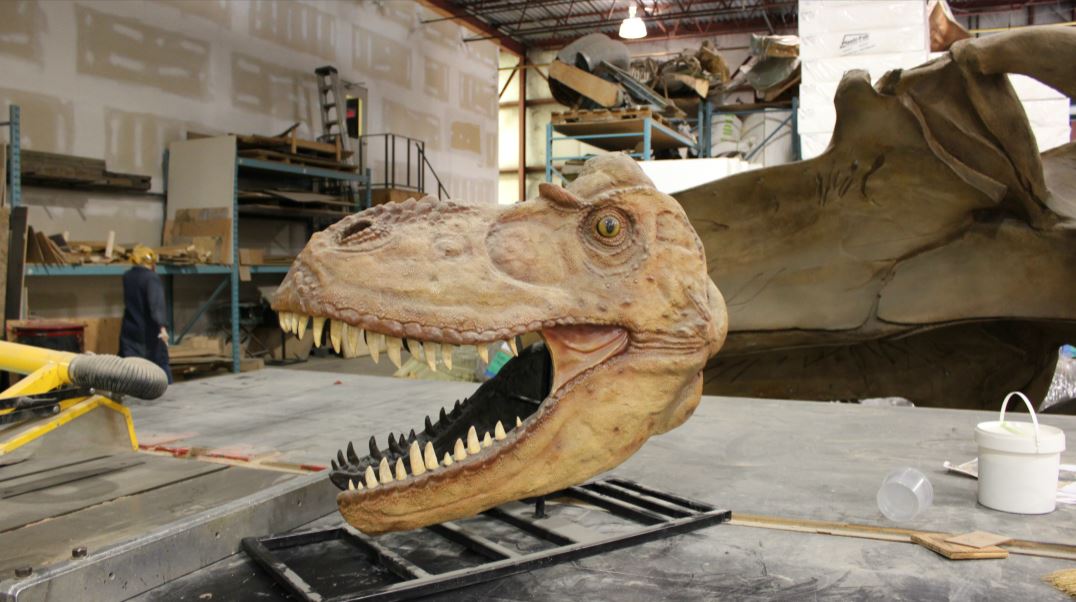 Brett Crawford has been with RCI for more than 20 years. When he first started, the company worked out of a 560-square-metre warehouse in Oakville. It’s grown since — the Trenton facility they moved into in 2007 is six times larger — but Crawford says not many people in Ontario realize that this kind of work is being done in the province.

“Heck, most people in Trenton don’t even realize we’re here,” he says. 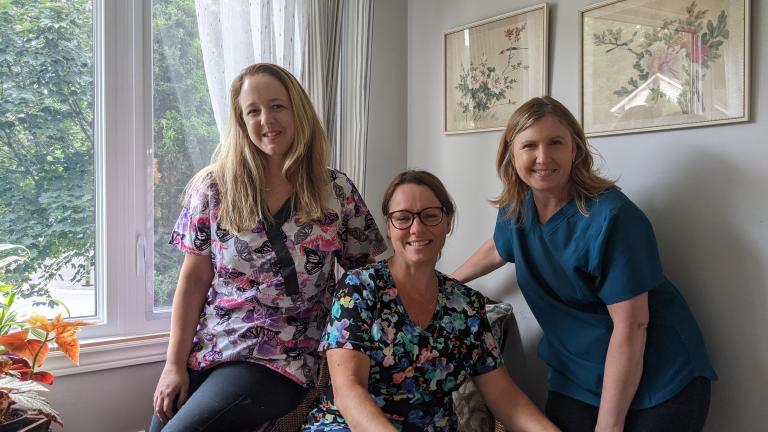