Looking back on a hockey dream that almost came true

Can you imagine Ken Dryden and Bobby Orr as teammates with the Boston Bruins? It almost happened
By Steve Paikin - Published on Jun 05, 2020
Ken Dryden visits the Agenda studios to talk about his latest book. (Steve Paikin)

I’ve always thought the worst sports trade of all time was when the Boston Red Sox sent the immortal Babe Ruth to the New York Yankees for $25,000. Ruth went on to win seven American League pennants and four World Series with the Yanks. The Red Sox, meanwhile, suffered what became known as “The Curse of the Bambino” and wouldn’t win a World Series again for another 86 years.

But I think I may have found another horrendous trade that rivals that one, and again, Boston is the victim.

How many of you know that the legendary Montreal Canadiens goaltender (and former federal cabinet minister) Ken Dryden was actually drafted by the Boston Bruins?

Yep: 56 years ago this month, the B’s drafted Dryden 14th overall, then promptly dealt him and another player to the Habs for two guys you’ve never heard of. And, strangely enough, Dryden didn’t even find out about the trade for another decade.

I’m a huge hockey fan, and yet I heard about this only a few months ago. I had to confirm it with Dryden, who’d just been on The Agenda discussing his latest book, Scotty: A Hockey Life Like No Other, about his former coach Scotty Bowman.

Apparently, back in the day, the NHL entry draft was nothing like it is nowadays, where 15,000 people cram into an arena to cheer or boo the selections that their favourite teams make. (At least, that’s what they did before COVID-19 struck.)

Today, it’s a huge day-long show. They even put it on TV.

But back then, it was all done in private. All Dryden was told, as a member of the Etobicoke Indians of the Metro Junior B Hockey League, was that he was now a member of the Montreal Canadiens — end of story.

That didn’t immediately matter, because Dryden decided to go to Cornell University for the remainder the of 1960s and didn’t join the Habs until the spring of 1971, when, as a 23-year-old rookie goalie, he astonished the hockey world by leading Montreal to a Stanley Cup upset victory over the heavily favoured Bruins. It would be the first of six Cups for Dryden, whose team beat the Bruins four times along the way. Meanwhile, the massively talented Bruins of Bobby Orr and Phil Esposito won only two Cups, in 1970 and 1972.

Sports fans love playing the “what if” game — particularly when there’s a global pandemic happening and there are no real games to watch. So let’s do that here.

Can you imagine if that trade had never happened and Dryden had become a Bruin? Since he was such an integral part of the Canadiens’ playoff success, it seems logical to conclude that the Habs would have won fewer Cups in the 1970s — and that the Bruins, with Dryden in goal, would have won more. Having lived in Boston in the early 1980s, I can tell you that people thought the Bruins, led by perhaps the greatest player of all time in Orr, should have won more than just two Cups. They should have been a dynasty, as the Habs were. But they weren’t. Probably because Ken Dryden was playing in Montreal and not Boston.

Dryden didn’t find out about his almost-a-Bruin status until a decade after the draft, when Canadiens’ head scout Ron Caron told him, by the by, one day after practice.

Now, it’s not like Dryden didn’t play with some pretty spectacular defencemen: Serge Savard, Larry Robinson, Guy Lapointe — all of whom are in the Hockey Hall of Fame. But none of them was Bobby Orr. So I had to ask him: Did he ever let his imagination run a bit wild? Did he ever think about what he and Orr could have accomplished together in Beantown?

Unfortunately, Dryden is too calm and centred a guy to indulge in such stuff. But we did email back and forth on the “what if”?

“It wouldn’t have gotten that far,” he told me, “because the Bruins general manager at the time, Milt Schmidt, unlike [the Canadiens’ general manager] Sam Pollock, would never have let me go to law school and play part-time. I would’ve gone to Harvard Law School and likely still be living in Boston.”

Yes, you read that correctly. In a move that may be unique in all of professional sports, Dryden stepped away from his budding and brilliant career during the 1973-74 NHL season so he could article at the Toronto law firm Osler, Hoskins, and Harcourt (he eventually earned a law degree from McGill University). He was 26. Without Dryden, the Canadiens lost in the first round of the playoffs that season to the New York Rangers.

The job interview Dryden did to get the articling gig was, in itself, a funny story. The lawyer who interviewed him examined Dryden’s resumé, then looked up from the papers and said: “I see here you played some hockey. What else have you done?”

As Dryden began to blush, searching for the right response, the lawyer burst out laughing — and, of course, Dryden got the job.

Our story does have a sweet ending. One of the players Dryden was originally traded for was Guy Allen, from Timmins, who played his junior hockey in Niagara Falls in the early ’60s. When Dryden was in politics (he was an MP from 2004 to 2011), he once campaigned for a local candidate in Timmins and inquired about Allen, who’d returned to and stayed in that city after his hockey career had ended.

“He had been an important person in my life, but we had never met,” Dryden tells me in the email. “We met at the airport and talked for a long time.”

Allen played for five seasons in minor professional hockey leagues. He never made the NHL.

Dryden, in addition to having won six Stanley Cups, is in the Hall of Fame, and he also backstopped Team Canada to this country’s most celebrated international hockey victory ever, over the Soviet Union in 1972.

Babe Ruth to the Yankees for $25,000? Or Ken Dryden and Alex Campbell to the Habs for Guy Allen and Paul Reid? Any way you look at it, they were both galactically horrible trades for Boston.

Given the pandemic and lack of sports happening, I told Dryden that I wanted to write about this and share the story, but only if he didn’t mind. His email reply was classic: “We’ve all got to find things useful to do, important to do, and some that are interesting enough to keep us from the urge to do what we know we shouldn't do,” he wrote. “So go for it.”

Maybe Dryden doesn’t look back and wonder, “What if I’d played with Bobby Orr?”

But I sure do. Wouldn’t they have been a dynamic duo. 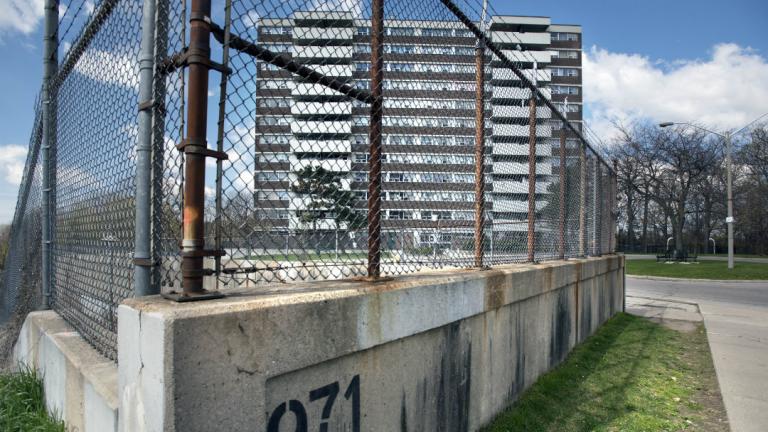 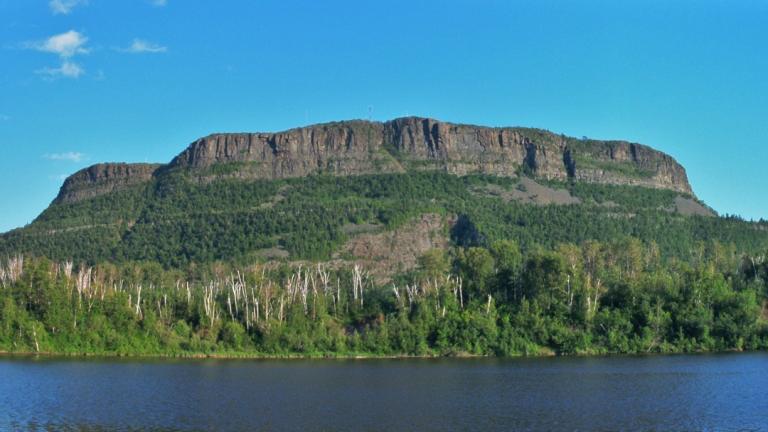 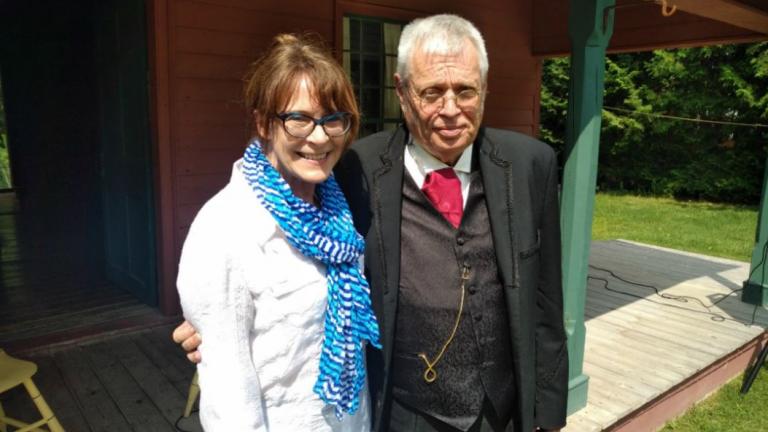 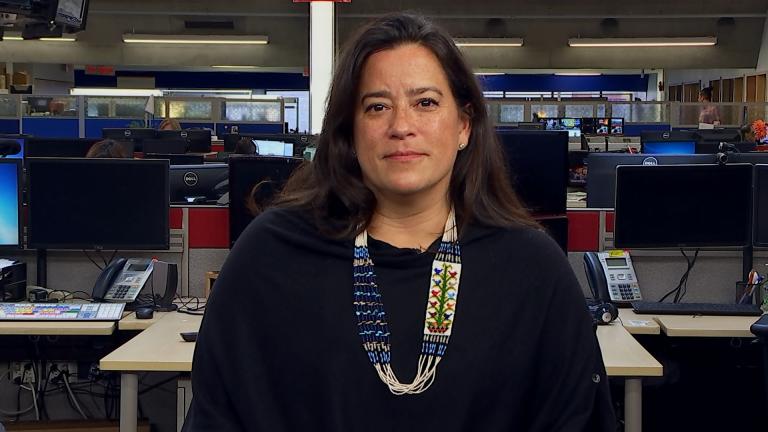