Kidding around: Why more people in Ontario are farming goats

For this Indigenous community, goat farming offers the potential for profit — and a return to traditional practices
By David Rockne Corrigan - Published on May 7, 2019
Two of Norma Winters’s goats at her farm, in South Stormont, about 50 kilometres southeast of Ottawa. (David Rockne Corrigan)

AKWESASNE — At a recent workshop organized by the Mohawk Council of Akwesasne’s economic-development program, Norma Winters tells the audience that having kids — dozens of them, one after the other — has been the most challenging part of her job.

The kids she is referring to, of course, are of the furry, four-legged variety. Winters is a goat farmer in nearby South Stormont, roughly 50 kilometres southeast of Ottawa, and she’s come to the A`nowara`ko:wa arena’s meeting room to share her knowledge with a group of eager listeners.

“Somebody told me that at the beginning, it’s basically a nightmare,” says Winters. “We were kidding for nearly two years straight. I planned on having 40 females last year, and we had 80.”

If there’s one thing Winters hopes to impress upon the group, it’s this: don’t bite off more than you can chew. “It’s more important to be better than it is to be bigger,” she says.

It’s practical advice, especially given the potentially large upfront costs associated with purchasing, housing, and feeding goats. Winters estimates that a small meat-goat operation with four or five goats could run as low as $1,000 (“You could basically do this in your backyard out of a garden shed”); the start-up cost for Winters’s dairy-goat operation (now up to about 420 goats) was closer to $700,000. And if you don’t already own a chunk of land, that’s another major expense.

“I told my husband, ‘I’m going to need to more land — for the goats,’” jokes Nola Benedict, project development officer for the Mohawk Council of Akwesasne, who organized the workshop after seeing Winters talk at a different event. “She was inspiring. Before that, I didn’t know anything about goats: how versatile they are and how much demand there is for them in the world.”

Benedict says she wanted to share Winters’ passion with her Mohawk community because it not only offers a way to earn a living — it also encourages people to stay in touch with their traditional practices.

“We used to be a much more agricultural society,” says Benedict. “We’ve gotten away from it in the last number of years. It’s about getting back to agriculture. We have to learn.”

The timing of the workshop is no coincidence: while goat farming has deep roots in southwestern Ontario, the eastern part of the province is quickly becoming home to more of the animals, as demand for goat’s milk is expected to increase when Feihe International’s $225 million baby-formula factory, which will use a yet-to-be-determined volume of goat’s milk, is up and running, as it’s expected to be later this year. Farmtario reported in 2018 that the Chinese company has lowered its initial estimate of 75 million litres of goat’s milk a year — more than is currently produced in all of Canada — but said that the revised volume “will nonetheless represent a huge proportion of the goat’s milk produced in Canada.” (Feihe told TVO.org via email that it is still negotiating with brokers about volumes.)

Winters notes that, given the current political tensions between Canada and China, would-be goat farmers should proceed with caution, but she still believes there’s a good chance of success.

“This has the potential to totally revitalize the goat-farming industry,” she says. “So anyone thinking of getting into it: now is the time.”

Dirk Boogerd, president of Ontario Goat, an organization representing the province’s milk, meat, and fibre goat farmers, says that new farmers should have a business plan and buyers for their milk before purchasing any animals. (The Ontario Dairy Goat Co-Operative, which Winters belongs to, is not currently taking any new members.)

“There’s not a huge demand in the short term, but, given the opening of a new plant, that could change very quickly,” says Boogerd. He expects that the next decade will be good to goat farmers in Ontario.

"Goat farming is one of the fastest-growing agricultural industries in the province,” says Boogerd, noting that Ontario went from producing about 12 million litres of goat’s milk in 2003 to more than 53 million litres in 2017. “It went from a niche product to an international mainstream product. We’re playing in the big leagues now.”

As Winters’s three-hour workshop wraps up, she asks the group whether any of them are seriously thinking about starting a goat farm. Three people raise their hands. One of them, 22-year-old Tewentne Fox, says that farming is already in his blood: both of his parents grew up on farms, raising cows, chickens, and pigs. Like Benedict, he sees goat farming as an opportunity to “connect back with the Earth and animals.” Although Winters’s advice was helpful, he says, he acknowledges that he’s going to need to find some land first.

“I need to talk to my uncle, because he got rid of his cows two years ago. He has an empty barn now. I was thinking maybe I could work something out to raise some goats there. Maybe I’ll fix his fences or something.”

Coronavirus
The Gig Economy Amid COVID-19
How have gig economy workers protected themselves during the pandemic? 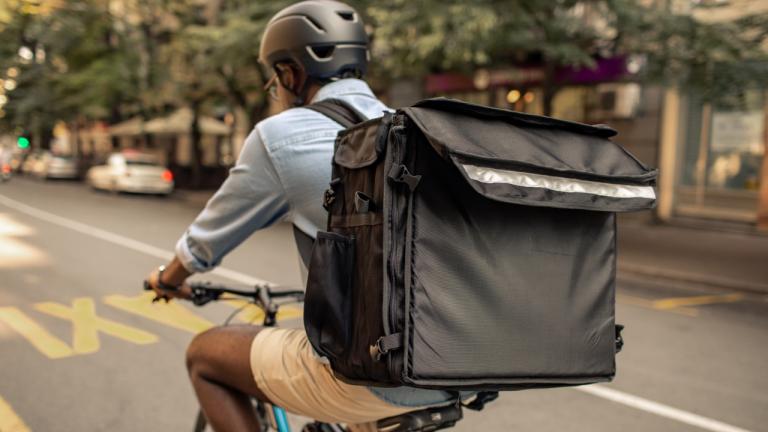 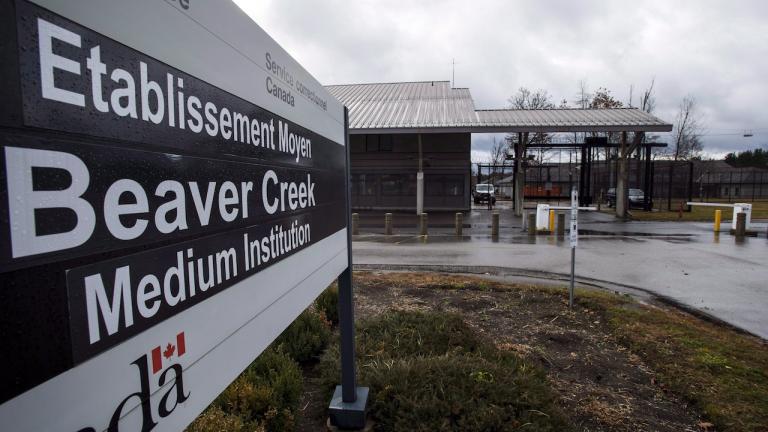 Coronavirus
‘Enough is enough’: Loved ones speak out about conditions in federal prisons
David Rockne Corrigan