Opioid-related death rates have soared to record levels across Canada in 2020, but stimulant-related deaths are also on the rise — and experts are calling for action
By Rachel Browne - Published on Jan 12, 2021
The Moss Park Overdose-Prevention Site and Treatment Service, in Toronto, has installed additional plastic barriers during the pandemic. (Courtesy of Sarah Greig)

As manager of the Moss Park Overdose-Prevention Site and Treatment Service in downtown Toronto, Sarah Greig deals with intense stress, grief, and death every day — and the pandemic has only made matters worse.

“We have lost dozens of people in the past three months. I can't count how many people right now,” says Greig. “People are trying to cope with all this tremendous loss and trauma.”

To make matters worse, she says, she’s been encountering more and more people on the streets experiencing severe medical emergencies that she believes are linked to stimulant drugs, such as crystal meth. While opioid-related drug-toxicity death rates have soared to record levels across Canada in 2020, even outpacing COVID-19 deaths in Alberta and in British Columbia, little attention has been paid to stimulants.

“We see that there’s something cardiac going on, but it’s clearly not an opioid-related overdose,” Greig says. While an opioid overdose typically makes someone very lethargic and might slow down their heart rate, people experiencing an overdose or adverse effects from stimulants might appear to be experiencing something more like cardiac arrest or a panic attack

Greig and her colleagues have also found a number of dead bodies around the site lately, many of them people who appeared to have used drugs. Though she’s rarely told the formal cause of death by the coroner or health authorities, he suspects these deaths also linked to stimulants.

“Of the people who we’re finding in and around our sites, we don't know the cause of death. And if I don't recognize them, chances are they're not someone who injects fentanyl,” Greig says. “It just makes me think that it was likely a different kind of cause of death.”

Greig and other harm-reduction advocates and drug-policy experts have been warning of a rise in deaths and medical incidents in Ontario linked to stimulants, which have been largely eclipsed by opioids when it comes to discussions about the overdose crisis. However, there has been little hard data on the problem to point to.

That changed in December, when the Public Health Agency of Canada published data from the Ontario coroner that, for the first time, revealed the number of drug-toxicity deaths linked to stimulants, such as cocaine and crystal meth.

There were at least 445 deaths in Ontario linked to stimulants between April and June, right after the pandemic was declared, up from 273 from last January to March, the coroner’s numbers show. That’s more than five times higher than the number of stimulant-related deaths in British Columbia during that same time period.

B.C. and Saskatchewan also saw rising stimulant-toxicity death rates in 2020: B.C. recorded 131 from last January to June, up more than 40 per cent from those same months in 2019, and Saskatchewan recorded 55, up slightly from 51 during that same time the year before.

the first time Ontario has included stimulant-related deaths in its overdose-death data, which has typically counted only deaths caused by opioids; it reveals that the overdose-death count in this province is even higher than previously known.

In total, there have been at least 300 overdose deaths, including both stimulants and opioids, every month in Ontario from May to October (the most recent month for which data is available) — the equivalent of 10 people dying every day.

“It's very encouraging that we now have this data and that they're sharing it. But it's very alarming,” says Gillian Kolla, a drug-policy researcher and postdoctoral fellow at the Canadian Institute for Substance Use Research.

“It's very unclear at this point what the implications of this data are … these things are complex by their very nature,” Kolla says. “And we don't have the proper resources at the provincial level to be looking into what's happening, because the provincial government has been very uninterested in drug-related deaths.”

A spokesperson for Ontario’s chief coroner told TVO.org in an email “this increase could represent unexpected exposures to stimulants or fentanyl in the drug supply, patterns of poly-substance use, or availability and affordability of the unregulated drug supply.”

Further, the spokesperson noted that the impacts of the pandemic on drug use are not yet fully known: “Lack of supports, isolation, or unfamiliar drug sources could all be part of the increase in overdose deaths.”

A spokesperson for the Ontario Ministry of Health did not respond to questions about stimulants specifically but pointed to a number of financial announcements.

Kolla said that a shifting stimulant supply in terms of quality and price could be part of the puzzle. However, she does not believe that fentanyl or other opioids are contaminating the stimulant supply; as such, results are not showing up so far in any drug checking that is being conducted.

What Kolla thinks more likely is that more people could be ingesting multiple stimulants at once or ingesting both stimulants and opioids for various reasons, many of which are linked to poverty and the pandemic. She says it’s important to recognize that many people will use both opioids and stimulants for their respective calming and energizing effects.

“We've got this massive homelessness problem right now,” Kolla says. “A lot of people end up using stimulants because they have nowhere to go, it's cold outside, and if you're afraid of your stuff getting stolen or you're afraid of sexual assault, then stimulants are a really good way to stay awake and ensure that doesn’t happen.”

Greig agrees with this assessment and adds that another reason for the rising stimulant deaths could be that people who typically use opioids are turning more toward stimulants because the opioid supply has become so polluted with adulterants, such as the tranquilizer benzodiazepine.

“Fentanyl is so heavily cut with benzos right now that people are using a lot more crystal meth, to try to stay awake so the benzos don't knock them out for 12 hours,” Greig explains. “There are some people who have been using crystal meth who generally don't, and it's because there are too many tranquilizers in the fentanyl.”

Kolla, Greig, and other harm-reduction advocates are calling for a greater understanding of stimulant use and want it included in any policy or financial discussions about the overdose crisis, because it requires harm-reduction measures distinct from those used for opioids.

For instance, while an opioid overdose has a clear and reliable antidote — naloxone — there is no such antidote for stimulants.

“Especially on the front line, we've all been trained on reversing opioid overdoses. The majority of us know how to administer naloxone or to do first aid, or both,” says Sanda Kazazic, a drop-in manager at All Saints Community Centre-Church in Toronto who has worked extensively with people who are experiencing homelessness and use stimulants.

“With stimulant overdoses in general, I find that the knowledge among the general public is not as common,” she says, adding that she has also seen a rise in the number of stimulant-related overdoses in recent months.

What makes dealing with stimulant overdoses or psychosis so complicated, Kazazic says, is that the person often needs a calm space to unwind or sleep for hours at a time: “And manpower and space are almost impossible to come by in the world of health care and social services.”

“If people have a secure place to sleep, and if people didn't feel so sad, we wouldn't be seeing as many people dying,” she says. “We need to figure out those basic building blocks of our health before we're going to see an end to any of this.”

Correction: An earlier version of this article mistakenly referenced Health Canada rather than the Public Health Agency of Canada. TVO.org regrets the error. 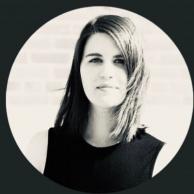