It’s not easy being Green in the north — but it’s not hopeless, either

The Green Party made modest electoral gains in northern Ontario and believe they can continue to build an environmental movement in resource-extraction regions
By Jon Thompson - Published on Jun 22, 2018
Christine Penner Polle, Green candidate in Kiiwetinoong, goes door-knocking in Red Lake during the campaign. (Jon Thompson)

RED LAKE — Christine Penner Polle’s electric car stood out as an oddity in Red Lake, a handful of century-old mining towns tied together by a series of roads to form one of Ontario’s northernmost municipalities.

One day during the recent provincial election campaign, the Green Party candidate in the new riding of Kiiwetinoong parked at the end of a block that was otherwise lined with pickup trucks and motorcycles. In the shadow of the headframe above a mineshaft, she grabbed a handful of leaflets and started knocking on doors.

“People know where I stand, and often they don’t even want to go there,” Penner Polle said. “Either they’re so irate that they want to knock my block off or they aren’t interested in having that conversation. I just know climate change is a huge problem, and what are we going to do about it? Putting a price on carbon is the big solution.”

Penner Polle is known in Red Lake for her work with Citizens’ Climate Lobby, which urges U.S. and Canadian politicians to implement a carbon fee-and-dividend approach to combating climate change. The revenue-neutral policy, which the Green Party of Ontario supports, would issue rebates to households that adopted environmentally sound production and consumption habits. In British Columbia, where a version of carbon-fee-and-dividend has been implemented, northern residents receive a larger share. In Ontario, fee-and-dividend has been absent from the largest three political parties’ platforms.

In Red Lake, it’s a leap off the political spectrum.

There’s a school of thought that says the Greens — and environmental movements in general — will always face difficulties attracting supporters in northern Ontario, where the towns were originally settled to provide labour for mining and forestry. Northern voters still tend to understand government policies that would restrict resource extraction as a threat to their livelihoods, if not a threat to the very existence of their communities. The region’s political culture has traditionally accepted the adage, “As goes the company, so goes the town.”

Yet in reality, people have evolving notions of how northern Ontario’s ecology and prosperity interact, and the Green Party believes it has a sophisticated understanding of how it could influence that shift.

As Penner Polle points out, for example, both Indigenous and non-Indigenous people have a deep connection to nature. “We all live in the boreal forest. We live on or near the lakes and in the forest, so people are hunters and fishermen and women,” she says. “I think that there’s a real love for the environment — the land … and working in the resource extraction industry does not exclude that kind of caring.”

An appreciation for ecology may be translating into votes for the Green Party in northern Ontario. No one predicted the Greens would win a northern seat in the election earlier this month, but it was among the few regions where the party’s vote share grew over 2014.

The Green Party achieved a historic first on June 7 when party leader Mike Schreiner won the riding of Guelph — but the party’s overall, province-wide results showed no meaningful improvement over the previous election. The Greens received 264,094 votes on June 7. That’s 31,000 more than the votes the party tallied in the 2014 election, but a smaller share of the overall vote across the province (the Greens attracted 4.84 per cent of the popular vote in 2014 versus 4.6 per cent this year).

The party improved its share of the vote in six of the 10 northern Ontario ridings that had existed in 2014. In the remainder of the province, there were 75 ridings that were contested in both the 2014 and 2018 elections. The Green Party’s vote improved in just 16 of them.

Despite her own difficulties in some face-to-face encounters during the campaign, Penner Polle garnered 6.28 per cent of the vote in Kiiwetinoong on election night, making her the 12th-most-successful Green candidate in the province by vote share. Nearly two-thirds of her 331 votes came from Red Lake.

Bruce Hyer, former MP for Thunder Bay–Superior North, says the Greens could do better at the polls, but “people are voting against what they fear instead of what they want.”

Hyer shifted his party allegiance from the NDP to the Greens after a spat with the New Democratic leadership over repealing the long-gun registry in 2012 (he lost his seat in Parliament in the 2015 federal election).

He says a change to Ontario’s electoral system is the Green Party’s best hope for a northern breakthrough. “If and when we get proportional representation,” Hyer says, “we’ll usually have minority or coalition governments. People will be focused more on platforms and the people who are running instead of the leaders and simple sound bites.”

Schreiner says rather than protecting company towns by taking a laissez-faire approach to regulating the companies, the Greens would focus on policies to protect and promote the sustainability of resource industries over the very long term. The party would also ensure local communities receive greater fiscal and economic benefits from resource development. Rather than “as goes the company, so goes the town,” the philosophy would be something like, “as goes the land, so goes the town.”

“In the north, it means we have to leap into the future today,” he says. “We have to stop ripping and shipping our raw resources without extracting the full value to the benefit of northerners.”

If it’s true that a century of resource development has left northern municipalities underdeveloped, it’s an understatement that First Nations haven’t benefited equally either. But in the 21st century so far, First Nations have had more success asserting their resource rights. Schreiner says he would align his party’s vision with Indigenous interests to accommodate that shift in the political culture.

“We’ve really made an emphasis on reconciliation with Indigenous people [and] in incorporating an Indigenous worldview into our policies,” he says, which includes “making decisions not just for the next four years, but [considering] how those decisions affect the next generations.”

Schreiner calls David Robinson, who was the Greens’ Sudbury candidate on June 7, the party’s “lead visionary on how we transform the north.”

“There’s lots of room for development in the north, and we’ve done it incredibly badly,” says Robinson, who captured a 4.16 per cent vote share on June 7. “It’s significant that we don’t get revenues from the resources directly. It’s simple colonialism: you grab a big territory, you suck resources out and you give them to big law firms in Toronto. I’m not from northern Ontario, so this isn’t a deep-seeded pain of mine. It’s just an economist’s observation about how things work.”

On election day, Green candidate Matt Richter attracted 20 per cent of the vote in the riding of Parry Sound–Muskoka, taking 2,000 more votes than he received in 2014. It was a third-place finish, but Richter scored the second-largest share of votes for a Green Party candidate in any riding in Ontario electoral history, behind only Schreiner’s victory in Guelph. Richter beat the fourth-place Liberal candidate by a ratio of more than two to one.

Richter was disappointed that Schreiner was excluded from the leaders’ debate for northern voters in Parry Sound on May 11, but when the day came, he had no interest in protesting.

Instead, he joined municipal leaders and members of Wasausking First Nation for a water ceremony to celebrate the grand reopening of a hydroelectric facility. The $17.5-million renovation of Lakeland Power’s Cascade Street Generating Station nearly tripled energy production at the site. The corporate partnership has committed to share resource revenues with the First Nation, and the project also involves federal funding for fibre optic Internet connections to homes on the reserve.

Richter sees partnerships that benefit companies as well as local communities as the future of northern development, especially those involving clean energy.

“We have to remember everybody has to make a bit of profit to keep things afloat. It was such a powerful example of how we can get on with things, rather than NIMBYism or protests,” Richter says. “We need to look at these examples as best practices and start applying those to how we do this.”

Researchers think the puzzling rock formation might have been a sacred site — but a local Indigenous community is not so sure. 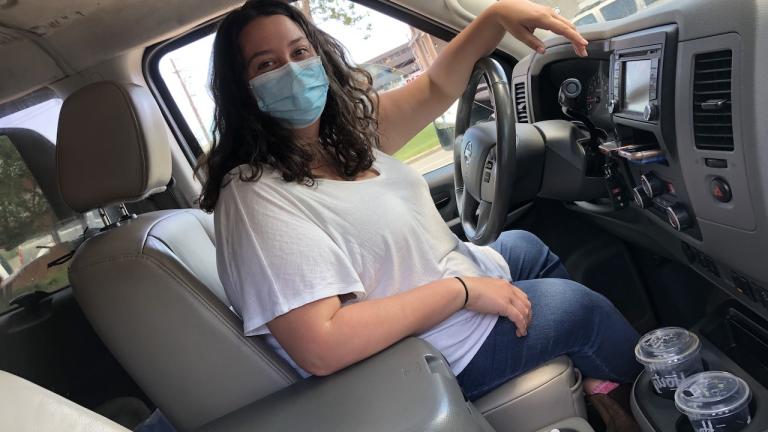 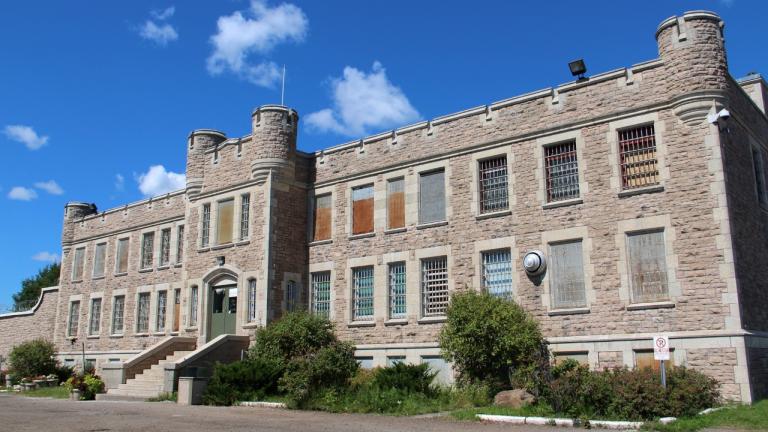