The pandemic has hit venues hard. Here’s how two Ottawa movie theatres are keeping the lights on
By Evan Gomes - Published on Dec 13, 2021
The Mayfair is one of the longest-running independent cinemas in Canada. (Petr Maur)

When pandemic shutdowns began in March 2020, Josh Stafford feared the worst. “I’m a very glass-half-full type of person,” he says. “But you can’t help but think ‘oh my God, this is a disaster.’”

Stafford, co-owner of the Mayfair, an independent cinema in Ottawa, says his theatre began selling trailers and posters to make some money. As it turned out, one customer was particularly interested in the trailer for 2001 raunch comedy Freddy Got Fingered: writer and star Tom Green, who paid $20 for a copy of the 35mm trailer.

“I remember only holding onto the trailer because it was shot by an Ottawa native [Green],” says Mayfair co-owner Lee Demarbre. “I’m glad I held onto it.”

Now that moviegoers are back in seats, the owners of Ottawa’s two independent theatres are left to reflect on an unusual year — and to wonder about an uncertain future.

“[2022] is going to be a trying year,” says Demarbre, the theatre’s programmer. “But the Mayfair has stood up against many hurdles the last 12 years, and we’ve survived them all.”

Demarbre bought the Mayfair, in Old Ottawa South, alongside Stafford, Petr Maur, Ian Driscoll, and others in 2008. They took over one of the longest-running independent cinemas in Canada — it opened in 1932 — but the business was failing and set to close. Stafford grew up a fan of the place, spending most nights during high-school in its seats. He even got married there. “My friends and I lived at the Mayfair. I got married at the Mayfair. That was the dream.”

Then the pandemic hit, and the Mayfair did what it could to get by. The owners rented out their marquee for $150 a day and sold movie posters, trailers, a drawing of the theatre by a local artist, and naming rights to every seat. “I think we made more money selling that stuff than we would have if we were open for a week,” said Demarbre. “It was amazing how supportive everyone was.” They also applied for various government-support programs and film grants.

“It was an It’s A Wonderful Life moment,” says Stafford. “Our patrons in the community were tripping over themselves to figure out how to help.”

A 15-minute drive away, in Lower Town, the ByTowne Cinema faced its own pandemic-related challenges. In December 2020, owner Bruce White said that the cinema had been losing money and that there were fewer films available to screen — and announced the theatre’s closure.

Daniel Demois and his business partner, Andrew Willick, saw the announcement and decided to purchase the theatre. The two, who also own the Fox Theatre in Toronto and the Apollo Cinema in Kitchener, say that buying the ByTowne seemed like a logical next step. “It was one of the examples of how to do independent cinema right,” says Demois. “It was the high-water mark from our perspective.” Demois moved to the area in August, and the ByTowne was back in business by September.

They argue that cinemas are a viable business. “Countrywide theatre chains typically focus on what films may appeal to a general audience, but in doing so, there are many terrific titles that slip through the cracks,” says Demois. “Audiences require a venue for those titles.”

Since taking over, the new owners have worked to modernize while retaining the theatre’s charm. Demois made changes to the ByTowne’s concessions and acquired a liquor licence. The theatre now runs singalongs and more “event-style” cinema for a younger audience; a recent partnership with the Drunken Cinema series, for example, led to an interactive viewing of the 1989 Patrick Swayze vehicle Road House. “Keeping the old-school charm and keeping the things people loved intact is the name of the game,” Demois says.

The Mayfair has been working to achieve similar goals since before the pandemic started. It added a podcast in 2015, hosted by Stafford, to connect with fans and the community. The owners have also made some changes to programming, focusing on a younger audience in their 9 p.m. slot by prioritizing horror movies and cult classics that draw the university-aged crowd.

Neither cinema, though, has altered its classic interior. “On the outside, it just looks like a big brick outhouse,” says Demarbre of the Mayfair. “But, on the inside, it’s great. I wish people who have never been would realize how nice it is and how fun it is.”

By keeping things the same, the Mayfair owners argue they offer a superior viewing experience. Thanks to the rectangular screens, Demarbre says, “when you come to the Mayfair, the cinemascope movie is as wide as the filmmaker intended you to see it. It’s almost the difference between going to Google and looking at the Mona Lisa versus going to the Louvre and seeing it with your own eyes.”

Both theatres are grateful for the support of their community, which has allowed them to keep their doors open — while staying true to small-cinema values. The ByTowne, for example, is able to screen independent movies, art-house films, and subtitled films because “the Ottawa community is very supportive of these types of films and is very sophisticated,” Demois says, adding that attendance is back to above 50 per cent capacity and should increase as seniors become more comfortable returning to the theatre.

The staff recognizes a lot of returning customers, he notes: “People have been very happy to be back. They like the programming. We wanted everybody to feel like they were coming back to the same place.”

According to Demois, that sense of community is crucial. “Going to an independent cinema, you feel like you’re part of a club,” he says. “It gets to be a much warmer experience.”

For Demarbre, it’s nothing short of sacred: “It’s that whole damn experience. When they leave, people aren’t looking at their iPhones. They’re talking to one another. It’s movie church: people come here and worship cinema.” 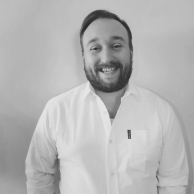 Evan Gomes
Description
Evan Gomes is a writer and podcaster based in Ottawa.
Follow @ItsEvanGomes