Is Chrystia Freeland qualified to be finance minister?

It was so predictable, you could’ve set your watch to it.

In 153 years, Canada had never had a female federal finance minister — until Chrystia Freeland was appointed to the position last week. That’s right: of the 39 finance ministers who came before Freeland, every single one of them was a man. A middle-aged white man, if you want to get a little more specific. For more than a century, francophones weren’t trusted with the position either, until Jean Chrétien got the job in 1977.

To be sure, some of the men who found themselves in the cabinet’s most important job were immediately and obviously considered qualified to do it. In 1984, Brian Mulroney’s first finance minister, Michael Wilson, was a highly respected Bay Street investment executive. No one questioned his ability to do the job, and rightly so.

Similarly, Paul Martin’s bona fides were beyond reproach. He was a captain of industry, who as finance minister went on to slay Canada’s deficit dragon and take on a global financial leadership role.

But not everyone who takes on that portfolio has glittering credentials. Don Mazankowski was Mulroney’s finance minister during his second term. “Maz,” as everyone called him, had managed an auto dealership in Vegreville, Alberta, population 5,700, before getting into politics.

Alan MacEachen had plenty of experience in cabinet when the current prime minister’s father made him finance minister in 1980. But his previous portfolios were labour, health, immigration, and external affairs — none of them considered “economic” portfolios like treasury board, transportation, and economic development are.

Yet I can’t recall any serious suggestion that either Mazankowski or MacEachen were somehow unfit or unqualified to take on those responsibilities.

Enter Freeland, the first-ever woman to have the job. Twitter exploded after her appointment was made public.

“She’s still only a journalist with zero economic background,” tweeted Diana Murphy, who identifies herself as the former official photographer to Prime Minister Chrétien and not a Liberal. “Pretty scary in the midst of a pandemic and an economic crisis. I’d go so far as declaring it irresponsible.”

Another tweep, who goes by Mark W, described Freeland as “grossly unqualified to be finance minister.” Another poster, who claimed to have 30 years of Bay Street experience, came to a similar conclusion: Freeland was in well over her head. Someone named Sheila Walker from Calgary said Freeland had “absolutely ZERO financial or economic bona fides,” then went on to mock Freeland’s degrees in Russian history and Slavic studies from Harvard and Oxford universities as being irrelevant to the task at hand.

Now, it’s probably true that had social media existed decades ago, when Mazankowski or Chrétien had been appointed finance minister, we might well have seen these same kinds of criticisms. But others have noted than an unprecedented churlishness has surrounded Freeland’s appointment — and they’re wondering whether something else is afoot here.

Coleman might also have mentioned that Freeland successfully led Canada’s efforts to renegotiate the North American Free Trade Agreement, looking across the table at representatives from the most disruptive, bizarre U.S. administration in our lifetimes. She also wrote the book Plutocrats: The Rise of the New Global Super-Rich and the Fall of Everyone Else, researching and then bringing with her into politics some pretty clear views on how to make society more equitable through different economic and taxation policies.

Penny Collenette, who has spent a lifetime in Liberal Party politics and whose husband, David, was a minister in Pierre Trudeau’s and Jean Chrétien’s cabinets, took to Twitter with this admonition: “Fact check: Jean Chretien, Jim Flaherty, and Ralph Goodale were all lawyers — not economists, nor were they titans of Wall St. So why weren’t their qualifications questioned when they became ministers of finance? Enough of this silliness.”

And Adam Radwanski, the fine writer for the Globe and Mail, noted there was “plenty to criticize in the Liberals’ recent decisions. But I’m finding all the questioning of Freeland’s business credentials a little weird. She’s no less qualified on that front than a lot of other recent finance ministers.”

Someone with the offbeat Twitter handle Socially Distant Squirrel

seems to have cleverly summed up what may be going on here: “I am not really sure why Freeland is getting more grief than those others. Maybe someone knows and will just skirt around the issue.”

Honourable people can disagree on the suitability of Freeland’s credentials to take on finance. Janet Ecker, who in 2002 became the first woman in Ontario history to deliver a budget as finance minister, suggests another possible explanation for the Freeland backlash.

“The business community is quite ticked at the federal government and do not see any change in direction with Freeland,” she emailed me. “Hence their deeper frustration with her appointment.”

My recollection, confirmed by Ecker, is that her appointment to the finance portfolio by then-premier Ernie Eves was not met by howls of “she’s not qualified” by Bay Streeters and others, despite Ecker’s not having an economics background.

“Could be the circumstances, as the province’s finances weren’t seen (then) to be in such a mess as the feds’ are currently,” she speculates. And let’s also note that these were the days before social media. Those misogynistic views about Ecker getting finance might have been there — probably were there — but there was no anonymous online way for the haters to spread their hate.

I’d also add that my four decades of politics-watching lead me to believe that decades of experience on Bay Street are no guarantee of success with the finance portfolio. Similarly, an absence of Bay Street cred hardly dooms a minister to failure. There is actually something called politics, which requires a unique skill set that goes beyond reading a corporate balance sheet. Ironically, Bill Morneau had impeccable Bay Street credentials, but he was guilty of having a political tin ear and was prematurely forced out of the job. Conversely, Robert Nixon (a farmer) and Ernie Eves (a lawyer) both brought in some of Ontario’s very few balanced budgets over the past three and a half decades. Neither had worked in investment banking before becoming provincial treasurer.

Furthermore, it seems to be beyond dispute that Freeland is the most capable minister in the current federal government. She has smarts, determination, and a personable and charming approach to winning over adversaries — and she does it all without resorting to the typical ad hominem attacks that are such a staple of politics today. My goodness, she’s even called Premier Doug Ford “my therapist,” in reference the frequent lengthy late-night phone calls the two have had during the pandemic. Who would have imagined two such unlikely people getting on so well? These are all qualities that are useful in any portfolio, including finance.

There’s also another truism that’s getting a workout at this time. It’s often been said that women don’t get a shot at the biggest jobs in politics until and unless the situation seems hopeless. The federal Progressive Conservatives after Mulroney’s more than eight years in office were cataclysmically unpopular; thus, Kim Campbell was given a chance. The Ontario Liberals seemed similarly unelectable after more than nine stormy years in power under Dalton McGuinty; thus, a door opened for Kathleen Wynne. The new federal finance minister is inheriting the worst balance sheet in Canadian history. Appointing a woman to the job now seems to follow a pattern.

I have no idea whether Freeland will be a successful finance minister. If past performance in other roles is any indication, you’d have to say the odds are good that she’ll fulfill this new role well. 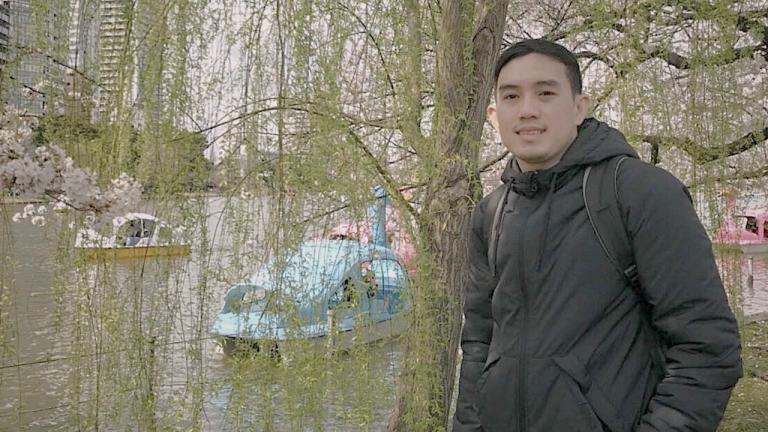