We believe in-depth current affairs journalism is essential to informing citizens and helping them participate in the democratic process. And after more than 40 years spent travelling across the province and engaging people in their communities, TVO knows how much Ontarians care about the issues affecting their families and neighbours.

Despite the importance of local journalism, it’s been steadily disappearing — newsrooms have shrunk, wire content from faraway places has increasingly taken the place of local coverage, and remaining journalism jobs have converged in big cities. What local journalism remains tends to lack the thoughtful, nuanced analysis Ontarians need.

The Ontario Hubs initiative is TVO’s effort to bring local news analysis back to the province.

TVO will open four hubs to provide on-the-ground coverage in different regions of Ontario. Journalists Jon Thompson and Mary Baxter in our hubs in Thunder Bay and London, respectively, have already started producing articles. We’ve also hired a field producer, Jeyan Jeganathan, to file video stories from across the province. We’ll announce the location of two additional hubs this fall.

Each hub will be partnered with a local postsecondary institution, so we can provide internship opportunities and help nurture the next generation of Canadian journalists. We have already partnered with Confederation College in Thunder Bay and Western University in London.

Ontario Hubs will represent the diversity of the province and tell underreported stories, with a special focus on First Nations issues. We’ve already reported on practical efforts to reduce food prices on remote fly-in reserves and how Thunder Bay has responded to the deaths of seven Indigenous high-school students in that community.

This project wouldn’t be possible without the generosity of the Barry and Laurie Green Family Charitable Trust and of Goldie Feldman, who made one of the largest charitable donations in the history of Canadian journalism to get Ontario Hubs off the ground. Their contributions demonstrate that Ontarians are willing to invest in local journalism.

We hope our work helps you learn about your community, as well as places and issues in Ontario about which you might not have known. This is a big province, and sometimes it can be difficult to see what you have in common with people living thousands of kilometres away. But we think Ontarians will be surprised at how similar the stories of the day are across the province.

Hopefully we can learn from one another.

Mark Brosens is the regional editor for Ontario Hubs. 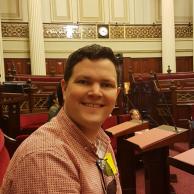 Mark Brosens was the regional editor of the Ontario Hubs project.

Politics
What Bill 197 means for planning, deal-making, and cities in Ontario
TVO.org speaks with Minister of Municipal Affairs and Housing Steve Clark about the COVID-19 Economic Recovery Act, the government’s policy changes — and how the Tories see their relationship with municipalities.
John Michael McGrath