Inside the evolution of Thunder Bay’s drag scene

The city’s drag community is thriving — and reckoning with its new mainstream appeal
By Jon Thompson - Published on Nov 22, 2019
Sharon Selfies (Kodi Fortier) on stage at the Black Pirates Pub, in Thunder Bay. (Jon Thompson)

THUNDER BAY – Sharon Selfies stands under the bright stage lights. Pearls are glued to her cheek. Purple makeup forms teardrops above her eyes. Wearing a mesh shirt, layered black lingerie, and fishnet stockings, she holds her hands out to the sides, waiting for the music to start.

“I could look at myself all day,” says Kodi Fortier, studying the photo, which was taken at his drag performance in late October.

The Thunder Bay resident was born 300 kilometres to the northeast, in Longlac. After graduating from high school in 2013, Fortier came out as gay and skipped town. Months later, he came across a drag show accidentally and was “disgusted” by what he saw. Over time, though, his views changed. “I thought to myself, ‘Maybe I am a drag queen,’” he says. “I tried to act masculine for so long, but, behind closed doors, I’d always pretend to be feminine artists and lip sync in the mirror.” In August 2016, he created Sharon Selfies. Since then, she has evolved from a bratty socialite into a “club kid” — an homage, Fortier says, to New York City youth of the early 1990s.

While Fortier was developing his character, the larger drag community in northwestern Ontario was in a state of upheaval, as two camps with differing philosophies battled for prominence.

In the 1990s, Gia Irina Provenzano ran Thunder Bay’s drag scene as the owner of — and a prominent performer at — Backstreet, the city’s only gay club. A handful of performers, called Les Femmes Mystiques, would hit the stage on drag nights: men dressed as women, and vice versa. Drag was then, Provenzano says, as simple as “stick it between your legs and go.”

At the time, Provenzano says, the local LGBTQ community faced discrimination, verbal assaults, and, sometimes, violence. “I was one of the lucky ones, in that [physical violence] never happened to me,” she says. “I had people I came to the hall with, and I was protected, but I remember a few times having to run down the street in high-heeled shoes and having to take cover because we didn’t know what was going to happen.”

In 2000, the bar hit hard times. Provenzano sold it, and all but one of her performers left the region. It reopened as the Voodoo Lounge, but, in 2004, the building burned down.

Enter Jimmy Wiggins, then the front man for Jordana Divinorum, a local shock-metal band. Looking to provoke his audience, Wiggins asked former Voodoo Lounge server John Forget to open a show. In March 2008, Forget donned a red-and-black wig, a leopard-print corset, and a boa and hit the stage for the first time as Lady Fantasia La Premiere. “The queens that went before him, it was traditional drag. You looked like a woman, or you were doing a female impersonation,” Wiggins says. “What John did, did not look like a woman.”

Lady Fantasia Premiere was a hit. Her popularity gave rise to a new sense in Thunder Bay that drag didn’t have to rely on traditional notions of gender.

“You have to understand — my drag wasn’t polished. No one showed me how to do it. I just did what I thought looked good,” says Forget, who was nominated for a lifetime achievement award at the Thunder Bay Arts and Heritage Awards earlier this month. “But it worked because it was me. I think that’s the secret. I never knew why it worked, but I think it was because I was giving me.”

Around 2015, Provenzano and a couple of her fellow performers, now called Pink Mafia, made their way back home — and they were not impressed by what they found. “I never saw the artistic side to it,” says Provenzano, who retired from performing in 2006 after undergoing gender-affirmation surgery.  “I only saw that if you’re a female, why do you want to be a drag queen? I couldn’t see past that.”

In October 2016, bioqueen Cortney Kennedy, who performs as Amiah Vahjine, earned top honours at Wiggins’s annual Wig Wars, Thunder Bay’s only drag competition — and the tensions in the community boiled over. Performers took sides: proponents of the old and new schools were barely speaking to one another.

The conflict took place largely in private, out of the public eye. “Even on the worst nights, you won’t catch us up on stage bashing each other – even the older queens who are tough as nails and hard, at times, to talk to,” says Jamie Hiebert. As Ivan Love and Beatrix Muse, she remains one of the only performers to appear on stage with both groups. “You don’t want to lose your fan base. You lose your audience, you’re dead.”

What neither group could have anticipated, though, was that drag’s popularity was about to explode thanks to the television series RuPaul’s Drag Race, which premiered in 2009.

Seemingly overnight, Wiggins says, the number of drag performers in Thunder Bay doubled — and most were supportive of a variety of approaches. Provenzano booked performers who had appeared on the show. She also started meeting with newer local performers. “I needed to meet with them because I had to see the artistic talent to make a package I can sell,” she says. “And it really impressed me. It took a lot for me to swallow my pride, but I had to do it and I’m glad that I did. The old saying, ‘you can’t teach an old dog new tricks’ — that saying doesn’t go for the drag world.”

Interest skyrocketed, as did the price of admission to Pink Mafia shows at the Italian Cultural Centre (now $50 for a ticket; $100 for VIP access, which includes the opportunity to meet performers). Fantasy Haus, meanwhile, has expanded its roster and taken its show on the road to such small towns as Dryden and Kenora.

“It’s not something that’s just gay. This is family entertainment now,” Provenzano says. “The first show I did with [RuPaul performers], young kids were showing up dressed up. They were going crazy for it. How this has all happened, I don’t know.”

With success comes increased expectations. Fantasy Haus performers who once went with one outfit per night are now donning three. Moreover, performers say, what had for years been a safe space for people to explore their identities artistically has become far more competitive — and created new audience expectations.

“As much as I want it to be inclusive, I also feel territorial. It’s pushing me because it’s becoming so mainstream,” Fortier says. “I have to do things that I might not have wanted to do in the sense of picking my music to be more what they’re going to like in the bar rather than what I want to do.” 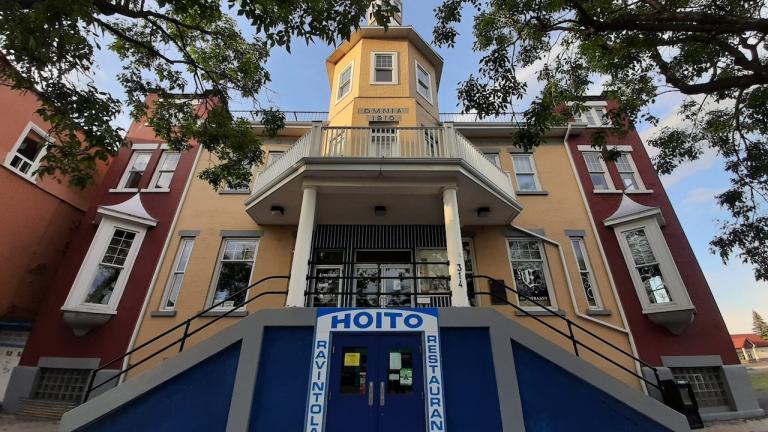