With the tourism industry struggling and a long wait for subsidized housing, experts worry that more people in the area will be pushed into homelessness
By Justin Chandler - Published on Nov 12, 2020
CMHC data released this year shows that a one-bedroom apartment in its St. Catharines-Niagara block goes for $914 on average. (Cityofstcatharines/Wikipedia)

ST. CATHARINES — Elisabeth Zimmermann often tells the story of a woman she knew whose car broke down. The woman lived far from her job and needed the car to get to work. She had only enough money for one big expense and found herself with a choice between two: car repairs and rent. She paid to fix her car and got evicted. Then she was homeless. “It's, in some respects, a typical story,” Zimmermann says. “The saying is, ‘We're all one to two paycheques away from homelessness or poverty.’”

Zimmermann is a member of Niagara region’s housing-affordability working group and the director of YWCA Niagara, which provides shelter and food to women and families. She and other experts in affordable housing worry that the pandemic has pushed more people in Niagara — where many households rely on the struggling tourism industry — close to the point where a missed paycheque or other life event could cost them their housing. “I think we're a very vulnerable community to having things explode and become even more complicated.”

The region’s social-housing provider, Niagara Regional Housing, has a wait-list ranging from two to 18 years depending on the community, type of unit, and applicant age. A person aged 16 to 54 waiting for a one-bedroom unit in St. Catharines or Welland is looking at a 16-year wait; that same person would wait 18 years in Niagara Falls, 13 years in Thorold, 12 in Port Colborne, 10 in Lincoln, and seven in Fort Erie.

“Locally, we have to be creative,” when it comes to building housing and increasing supply, Beech says, citing as an example a recent 127-unit development on Church Street in St. Catharines that Bethlehem and a developer built using private-sector funding.

“It's not easy because construction costs are very, very high right now,” she adds, noting that private developers often won’t take the cut in profits necessary to build affordable housing, preferring instead to work on more lucrative builds, such as condos. She also says that the process to secure federal funding for new housing from the National Housing Co-Investment Fund is challenging and can be a “disincentive for developers.”

A spokeperson for the CMHC told TVO.org via email that its $13.2 billion National Housing Co-Investment Fund sets the target of creating 60,000 new units over 10 years. "As of August 31, 2020, financial commitments were made for the construction of 2,731 new units ($335M) under the NHCF program across Canada, and an additional 9,284 new units were conditionally committed ($1.08B)." They add that the CMHC is "continuously making improvements and are looking at more ways to optimize the intake and prioritization process for the NHCF, which will improve efficiency, reduce turnaround time, and ensure proponents have the information at every step of the way for more Canadian families."

As part of the region’s 10-year Housing and Homelessness Action Plan — which launched in 2013 and has brought together a number of working groups “to help everyone in Niagara have a home” — a report on housing need in Niagara was commissioned from the Canadian Centre for Economic Analysis. The 2019 report found that Niagara must build about 67,300 single, semi-detached, row, and apartment units over the next two decades to keep up with demand — by 2041, the region’s population is projected to grow by an additional 30 per cent. As of 2016, according to CANCEA, about 23,800 Niagara households were in core housing need, meaning that their housing failed to meet their needs and that no alternative housing cost less than 30 per cent of their total household income (housing is generally considered affordable if costs are below that 30 per cent mark).

In considering affordability, Zimmermann says, it’s important to note how relatively low social assistance is in comparison to rents. CMHC data released this year shows that, in its St. Catharines-Niagara block, average rent is $1,028, with a one-bedroom going for $914 on average. “An individual on social assistance receives just over $700 a month,” Zimmermann says. “Without a rent supplement, it's just beyond affordability.”

Joanne Heritz, a political-science professor at Brock University, wrote a policy brief on affordable housing in Niagara for Brock’s Niagara Community Observatory. Heritz, also a secretary on the YWCA board of directors, says that in addition to facing inadequate supply, Niagara is in a tough spot because the region acts as a “terminus” for GTA outflux, as people priced out of expensive markets near Toronto move southeast through the Greater Golden Horseshoe region. “We have more people that are coming into this area thinking that the places are cheaper, but what they're doing, too, is driving up the cost of housing.”

Both Heritz and Zimmermann also note that Niagara’s reliance on tourism jobs is a major factor in housing affordability. “You have a group that are making minimum wage or working in the gig economy, where they don't get full-time positions, so they're making less money and are really finding it difficult to find housing that they can afford,” Heritz says.

COVID-19 restrictions, which have shuttered many tourism businesses, then made matters more challenging. According to a report from the Niagara Workforce Planning Board, Niagara’s unemployment rate sat at 7.2 per cent last month, compared with 5 per cent in October 2019, and about 4,600 more people were unemployed this year than last. In May, the unemployment rate in the region peaked at 13 per cent.

Although some sectors have bounced back and others have been largely unaffected by the pandemic, the tourism workforce is much smaller year over year. A September report by the NCO found that the accommodation and food-services sector in Niagara lost about 11,000 jobs between February and August this year. The information, culture, and recreation sector lost 4,400 workers.

This all adds up to more people who can’t afford the roofs over their heads, Zimmerman says. Even before the pandemic, she notes, she’d seen longer stays in YWCA shelters compared to several years ago: “[It] used to be two to three months for a family. Now, it's five to six months, if not longer.” She’s also hearing about more evictions and expecting the worst. “We're already at capacity. We don't have the capacity to increase further,” she says. “I think we are just at the beginning of seeing an increased number of people experiencing homelessness.”

While Beech and her colleagues spent the first months of the public-health crisis figuring out how to help people experiencing homelessness, they’ve found themselves shifting focus. “We're getting into this whole new area of assisting people so that they don't lose their housing through this,” she says.

As temporary government supports are lifted, she worries more people will lose their homes. “It's absolutely going to be a problem, and rents are climbing up,” she says. “Certainly, the pandemic has shone a light on housing needs.” 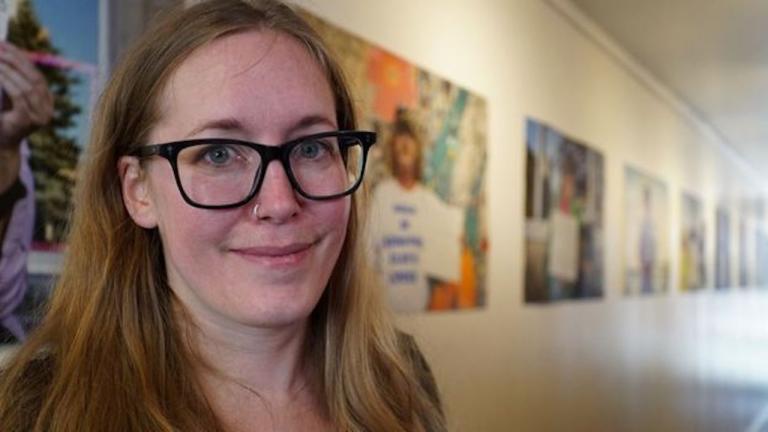 Election Canada 2021
Will basic income get its due on the campaign trail?
Justin Chandler
sfy39587stp16