In the wilds of Toronto: The fight to let nature reign on the Leslie Street Spit

The Spit is a slice of wilderness in Canada’s most populous city. Will it be able to withstand the forces of climate change and development?
By Sam Riches - Published on Aug 05, 2020
Construction of the Leslie Street Spit began in the 1950s. (Sam Riches)

At the southern tip of Leslie Street, in Toronto’s east end, you’ll find a 250-hectare headland — from above, it resembles a skeletal hand reaching five kilometres out into Lake Ontario. From the ground, looking out toward choppy waters, you may feel as if you’re somewhere remote or far-flung. Instead, you’re just a few minutes from the downtown core of Canada’s most populous city.

The Outer Harbour East Headland is home to more than 300 bird species, 50 butterfly species, and rich and varied vegetation and landscapes. School children are bused in to learn in outdoor classrooms, where they can spot turtles soaking up the sun, a coyote loping off into the bush, rabbits scurrying along the path, or a roost of fluttering monarchs. In the winter, you might see a great horned owl take flight and then silently disappear. While it is not, geologically speaking, a sandspit, most visitors affectionally call it the Leslie Street Spit.

During the COVID-19 pandemic, Spit regulars say that foot traffic has increased dramatically, as Torontonians look for a safe way to enjoy the outdoors close to home. Some gawk at the rebar jutting skyward from the shoreline; others examine the cracked concrete and rubble beneath their feet. What they’re seeing is the result of decades of shifting public priorities — a park that’s served many often-unintended purposes and survived several rounds of existential threats. Now, thanks to unpredictable weather brought on by climate change and increased development of the surrounding area, the never-settled future of the Spit is increasingly uncertain.

The Leslie Street Spit has been defiant since its inception. Toronto as we know it was built next to the Ashbridge’s Bay Marsh: more than 500 hectares of tall reeds, wild grass, and gentle waters, teeming with life. “Ashbridge’s Bay was one of the greatest freshwater marshes in Canada,” George Fairfield wrote in a 1998 anthology. “It provided a home for untold numbers of mammals, reptiles, amphibians, fish and birds. It was an important stopover and feeding place for a myriad of migrating waterbirds.”

But, as the city grew, the marsh became a dumping ground, polluting the waters and contaminating the land. By 1912, the Toronto Harbour Commission had begun draining it and filling it in with silt and rubble. The project, known as  the Ashbridge’s Bay Reclamation Scheme, was the largest engineering project on the continent at the time, writes historian Jennifer Bonnell.

As the marsh was filled in, the commission formed an industrial district that extended from Cherry Street to Leslie Street.

With shipping activity set to increase with the opening of the St. Lawrence Seaway, the city needed a breakwater for the outer harbour. Construction of the Spit began in the 1950s: hundreds of trucks a day rumbled to the waterfront to dump the construction debris that formed the new landform — the Spit is literally built on a foundation of Toronto history. You can still find old bricks, remnants of neighbourhoods lost to development, and bits and pieces of demolished 19th-century buildings. It is among North America's prettiest landfills.

Over the last 70 years, nature has returned to the area, creating an unusual mix of vegetation, soil conditions, and differentiated landscapes: meadows, forests, lagoons, and marshes. None of it was intentional, at least at first.

“The Spit has given the opportunity to restore some of that habitat that was lost about 100 years ago,” says Andrea Chreston of the Toronto and Region Conservation Authority and the project manager at Tommy Thompson Park. “There are birds there for every season, but also the mammals and the reptiles and the amphibians. There's just a plethora of wildlife using the site.”

It is tempting to describe it as a site that reveals what the natural world is capable of when humans get out of the way, but the truth is more complicated. Decades of human intervention allowed naturalization to occur at the Spit, and that work is ongoing.

In 1973, with the breakwater no longer needed and the Spit sitting empty, the Metro Toronto and Region Conservation Authority, now the TRCA, took over the area. It proposed developing an aquatic park, complete with hotels, private boating clubs, camping facilities, and a parking lot that could accommodate up to 2,000 vehicles.

Instead, the Spit remains an urban park where the natural world is permitted to grow largely unchecked, thanks to diligent social organizing and advocacy. Friends of the Spit, an organization founded in 1977, has fought to preserve the area and keep the park car- and dog free. It was instrumental in discouraging the development proposal. “The Spit is our last chance for an undeveloped, peaceful area where city-dwellers can be in harmony with nature,” the organization wrote in a briefing presented to the MTRCA in January 1978.

Every few years, other ideas for development pop up. A golf course, facilities to boost an Olympic bid, wind turbines, to name a few. All have failed to catch on, but the site’s circumstances and outlook remain complicated. Ownership of the area is divided among the City of Toronto, the Toronto Port Authority, the TRCA, the Ministry of Natural Resources and Forestry, and, near the baselands, CreateTO, an agency that manages the city’s real-estate assets.

Eventually, the entire site is set to be handed over to the TRCA, which maintains it plans to keep it natural. But, with more visitors, and new condos and development nearby, more proposals for development will come. Will the Spit be immune to shifting political and economic winds?

For decades, John Carley and Garth Riley, co-chairs of the Friends of the Spit, have worked to fend off attempts to manicure, if not totally transform, the land. “People who are new to the Spit will say, ‘Well, it’s great, but, you know, when you get out there five kilometres, you really could use a cold drink or coffee, or a restaurant to watch the view of the city in sunset,’ and that’s not what this is intended for,” Riley says as he walks the Spit in June. “It was never intended for that type of commercialization.”

Carley says the organization’s founding principles remain. “It’s mostly the same issues,” he says, walking next to Riley, gravel crunching under his steps. “There is a desire to keep it natural.”

Development is not the only threat. Rising water levels have led to unpredictable flooding, hastening erosion and killing vegetation that’s been submerged underwater. The pedestrian bridge was raised most of the last summer, the water level too high to allow visitors to cross safely. There was also flooding in 2017. “We're probably in a phase where we're going to experience flooding on a more regular basis,” Chreston says. “And it will be unpredictable.”

The repercussions from last summer’s flooding are still being revealed: some trees are showing signs of stress; others are dying off. “It’s something that we’re going to have to actively manage,” she says.

And, while the Spit has grown into a globally significant birding area, portions of the peninsula have been deforested by thousands of nesting cormorants. Six of these large, prehistoric-looking aquatic birds — with kinked necks, sharply hooked bills, and bright turquoise eyes — showed up on the Spit in 1990. At the time, the birds were close to being locally extinct on the Great Lakes. The widespread use of DDT wreaked havoc on ecosystems and thinned the cormorant eggs, causing the shells to crack under the pressure of incubation.

The birds have now spread to three of the Spit’s four peninsulas, forming the largest colony in North America.

Chreston says the cormorants have affected about a quarter of the forest cover at Tommy Thompson Park. Their guano is acidic enough to change the chemistry of the soil and kill the trees they nest in.

For more than a decade, the TRCA has managed the colony, routinely breaking up their nests in the tree canopy before the birds can get too comfortable and encouraging them to nest on the ground instead — a strategy developed alongside animal-rights activists, residents, and bird experts.

Riley, an avid birder, says the cormorants are unfairly maligned and may actually help by eating invasive species, such as round goby and alewife. Others, like Premier Doug Ford, see it differently. In 2018, his government put forward a proposal to allow the hunting of cormorants across the province: hunters would be permitted to bag as many as 50 a day. Last week, the Ministry of Natural Resources and Forestry announced a fall hunt for the birds — hunters with an outdoors card and a small-game licence will be allowed to kill up to 15 cormorants a day from September 15 to Dececember 31.

Friends of the Spit, then, is preparing for continued advocacy. While there is no concrete succession plan, Carley says, there is no shortage of younger members to take up the cause. “We haven’t felt the need to tap into that resource yet,” he says. “It is clear that, if things flare up and continue for a decade or two more at the Spit, we will have to.”

On the Spit, though, political and ecological battles can feel far away. “It feels like you're in Muskoka, but you’re a couple of miles from the core of the city,” says Marcus van Ierssel, of the Aquatic Park Sailing Club. “It’s quite an incredible thing that you can't really get anywhere else. But it's always a concern about what happens in the future. Especially in the last five years, the park has become increasingly popular.”

“Whenever I come out here I'm happy,'' Carley says, birdsong almost drowning out his words on this bright June day. “Fresh air, open sky, long view. If you didn’t know this is freshwater, you could be on the ocean.” 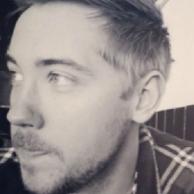 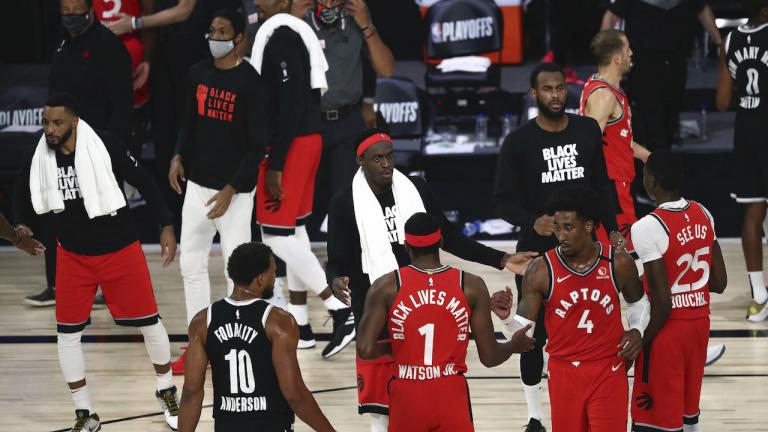