How women are making their mark on the 2019 campaign

OPINION: This year, Canada’s four main parties have nominated an encouragingly high number of female candidates. But we’re still far from gender equality in politics
By Lauren McKeon - Published on Oct 02, 2019
It wasn’t until 1974 that the number of female candidates in a federal election passed 10 per cent and until 1993 that it passed 20 per cent. (Peter Power/CP)

In the messy lead-up to Canada’s 2019 federal election, there has been one surprisingly hopeful news story: gender equality. Contrary to past cycles, this year, the country’s four main parties have collectively nominated an encouraging number of women.

Both the NDP and the Green party are getting close to parity, at 49 per cent and 46 per cent, respectively. At last count, the Liberal party had nominated more than 130 women. Even the Conservative party has nominated significantly more women candidates, and they’ve earned 107 of the party’s 338 total possible spots. Sure, that’s far from half, but it’s also a huge jump from the Conservative’s 2011 record: a dismal 68 female nominees.

What’s more, come October 7, the official national English debate will feature female moderators — something that has, needless to say, never happened before. (Also uplifting: across the border, the Democratic National Committee announced that all its debates would include women and people of colour as moderators.) This intentional shift toward representation marks a big change from previous years.

For the majority of Canada’s history, the percentage has hovered at or below 4 per cent. It wasn’t until 1974 that that number passed 10 per cent and until 1993 that it passed 20 per cent. In 2015, only 30 per cent of the candidates were women — but, at the time, it was still the most ever.

All of which is to say, we cannot underestimate the importance of this year’s boost. While one positive showing won’t solve everything, it has considerable potential to dispel the pernicious, pervasive myth that women just aren’t all that interested in politics — that they don’t have the right drive, ambition, or talent. Women traditionally heard You don’t belong! in political spaces. Their growing presence is its own response: Yes we do!

Research shows that a woman must be asked to run for office repeatedly before she says yes. Some may look at that statistic and feel as if the problem is in the asking: Don’t wait for anybody to ask you — take what you want! It’s easier to feel that way, however, when all of history has invited you in, when every influential leader and political gatekeeper has assumed you belong.

One extensive study, called “Girls Just Wanna Not Run,” from American University’s School of Public Affairs, examined the supposed ambition gap in politics. It found that, by college or university, women were 50 per cent more likely than men to say they would never run for office. When asked what future job they’d like, if all jobs offered the same pay, women were again far less likely to pick political office — even though they were equally likely as men to engage in political activity, such as voting, protesting, or talking about politics online.

When the researchers dug further, however, they discovered that girls and women often were guided away from the idea of political office at every turn — in ways both subtle and overt. Their parents were less likely to encourage them to run for office; in fact, they were more likely to actively dissuade them. Women were also far less likely to be encouraged to enter politics by, quite literally, anyone else in their lives: grandparents, aunts and uncles, teachers, coaches, religious leaders, friends. So it’s no wonder that women end up significantly less likely to believe they’re qualified to run for office.

Even if the lack of encouragement doesn’t dissuade a woman from running for office, the very real sexism she could face might. In April 2019, the House of Commons released a report called “Elect Her: A Roadmap for Improving the Representation of Women in Canadian Politics.” As it noted, “women remain under-represented at every level of government.” In total, women represent only 35 per cent of legislators in Canada.

The report found that much of what turns them away from politics is a lack of confidence in their abilities, and part of what’s fuelling that is gender-based discrimination: in the media, at home, in the workplace. That discrimination does not go away once a woman decides to enter politics. (See, for example, Trudeau’s reported refusal to give one Montreal incumbent the nomination because she wouldn’t publicly support him as a feminist during the SNC-Lavalin scandal.)

It can also trickle down in less obvious ways: because women earn less, on average, they may have more difficulty financing their campaigns. And, while women generally need to be asked more times to enter politics before they say yes, they are, in fact, often asked less. That’s to say nothing of the barriers other underrepresented groups face to entering politics. If our political system is overwhelmingly male, it’s also overwhelmingly white, wealthy, straight, able-bodied, and cisgender.

So, while the gender representation among this year’s nominees is good news, there’s still a long way to go. Just look at the all-male roster of Canada’s current premiers, if you want a place to start. And running for office doesn’t, of course, guarantee election. Come October 22, we may look around and see far fewer women in Parliament than we’d like — but, at least this year, we’ll have a chance to vote for them.

Lauren McKeon is deputy editor at Reader Digest, and the author of F-Bomb: Dispatches from the War on Feminism.

Opinion
Canada’s economy can’t afford to leave the Black community behind
OPINION: This country will not be able to “build back better” if we don’t tear down the barriers preventing Black Canadians from contributing to economic prosperity.
Colin Lynch

Opinion
Will Ontario even know what to do with more vaccines?
Matt Gurney 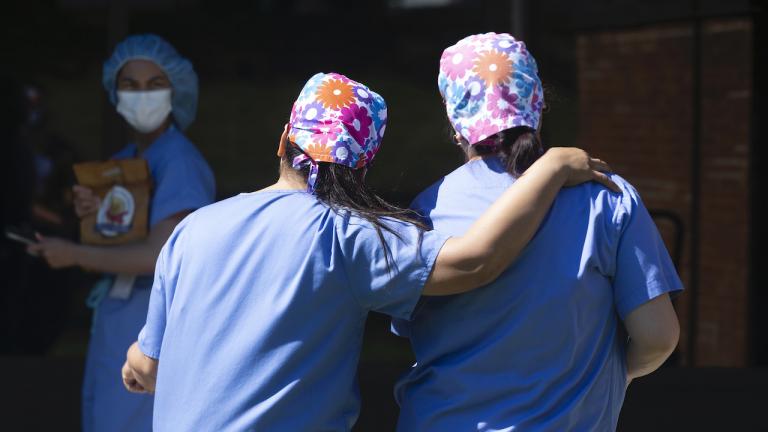