Doctors said she might have only two months to live. It was 2005, and Annie Koyama had just been diagnosed with two brain aneurysms — the cause of her chronic migraines. Surgery, she was told, was a risky option and one unlikely to help. She tried it anyway.

It worked. The migraines didn’t cease completely, but the aneurysms were brought under control. Suddenly, she saw a future again, and it looked very different from her past. She had worked in advertising and film production and made some money in the stock market, but now, she decided, she would indulge a life-long love of comics and enter the world of independent comic-book publishing.

In 2007, she opened Koyama Press in Toronto, aiming to create a platform for unproven and emerging Canadian artists. “It’s a great feeling to introduce the work of an artist that you believe in to a larger audience,” Koyama says. “I’ve never tired of that.”

Today, Koyama Press has four full-time employees — including Koyama herself — and produces roughly a dozen books each year. Its work has been nominated for such awards as Slate’s Cartoonist Studio Prize and the L.A. Times Book Prize. In 2011, it won the Joe Shuster Award for Outstanding Comic Book Publisher.

But it won’t be around much longer. After releasing two more titles, Koyama plans to shutter the press in July 2021 in order to focus on her personal life and on other ventures.

The loss of a small press such as Koyama is significant for the Canadian independent comic-book industry, which features a handful of publishers working with largely bootstrap budgets.

Montreal-based Drawn and Quarterly is one of the most established players. Founded in 1990, it publishes roughly two dozen titles a year and has helped bring a slew of new artists — Daniel Clowes, Michael DeForge, Lynda Barry, and Kate Beaton, to name a few — to the forefront. According to editor-in-chief Tom Devlin, its mission is “to help authors make the books they want. That has never changed.”

Sylvia Nickerson published her first graphic novel, Creation, last fall with D&Q. It’s an autobiographical story of Nickerson’s experience with motherhood, set against the backdrop of the changing urban landscape of her hometown, Hamilton.

“Having the publisher to produce your work for you, handling the business aspect of distributing and selling is huge in connecting artists with readers,” she says. “I tried to do my own thing in serializing my book on Instagram, selling my copies locally. I had an art show, and people in Hamilton saw it. That’s all I can do as a person on my own in terms of trying to share the work.”

But for Canadian publishers, Devlin notes, “getting noticed in an industry that is far too focused on New York” is a major challenge. “Even though we are so clearly the most consistent comics publisher in the world,” he says, “we will never be able to match the promotional dollars of multinationals.”

Creators interested in superhero exploits might approach Toronto-based Chapterhouse Comics. It may have only five employees (only two of them full-time), but its CEO, Fadi Hakim, has big ambitions. Hakim licenses superheroes — such as Captain Canuck, who was created by Ron Leishman and Richard Comely in the 1970s — and builds a world around them, similar to what Marvel and DC Comics have done in the United States. Since its founding in 2015, Chapterhouse has published more than 350 single comic issues in its own superhero universe.

The commercial success of Hollywood superhero stories doesn’t necessarily trickle down to independent publishers, though, Hakim says. “Comics are a very demanding medium. The quality has to be there for someone to spend $3.99 on a book when they only have, say, $20 to spend per month,” he says. “It’s like a pit fight at comic-book stores every month in terms of what’s on the newsstands. You’ve got a pool of consumers that are, for the most part, dwindling, and at the same time there are probably six or seven times the amount of titles per month than before.”

Hakim, who also manages several restaurants and property investments and is raising a family, says he spends anywhere from 30 to 70 hours a week on Chapterhouse. Passion is the only thing that will keep independent comic publishers afloat, he says, adding, “I’ll sleep when I’m dead.”

While Canadian authors and artists will continue to have some homegrown publication options, Koyama served a very specific purpose in the ecosystem: identifying new artists and then helping them find an audience and build a reputation. Instead of inviting applications, its founder would travel to meet artists she liked. Patrick Kyle, a writer and illustrator based in Toronto, remembers the first time he met Koyama. It was over a decade ago, at a launch party for Wowee Zonk, a comics anthology Kyle had published with two others. He had just graduated from the Ontario College of Art and Design and was self-publishing his work.

“It was the first time I witnessed Annie’s legendary generosity,” he says.

Koyama bought several copies and invited Kyle to dinner with a group of fellow independent artists. Suddenly, they all had the support and platform of a publisher.

Over the next decade, Kyle became a mainstay at Koyama Press. He published eight titles with the publisher from 2010 and on and was able to travel to shows and conventions across the continent. Last year, he published The Death of the Master, a 224-page story about a town’s factory workers finding out that their boss is on his deathbed.

“She gives us free rein to do what we want and to explore what we want with our work,” Kyle says. “Annie offers editorial feedback, but she trusts us to create the work.”

Koyama says that her press was never about money. “I was able to take more risks on emerging artists, as well as take on more niche work, knowing full well it might not sell,” Koyama says. “It was not my prime motivation. That has never changed.”

She plans to remain involved in the medium by acting as an investor on independent projects. “I want to continue to assist and support artists in a different and more direct way,” Koyama says. “Also, I need to stop working 24/7 to get my life back.”

Still, the absence will leave a void. “She legitimized a scene here,” Kyle says. “I’m not really sure what’s going to happen to fill that gap in the comics world. Annie published a lot of experimental artists, a lot of people who won’t find a perfect home elsewhere.”

Alex Wong is a Toronto-based writer whose work has appeared in the New York Times, The New Yorker, and GQ. 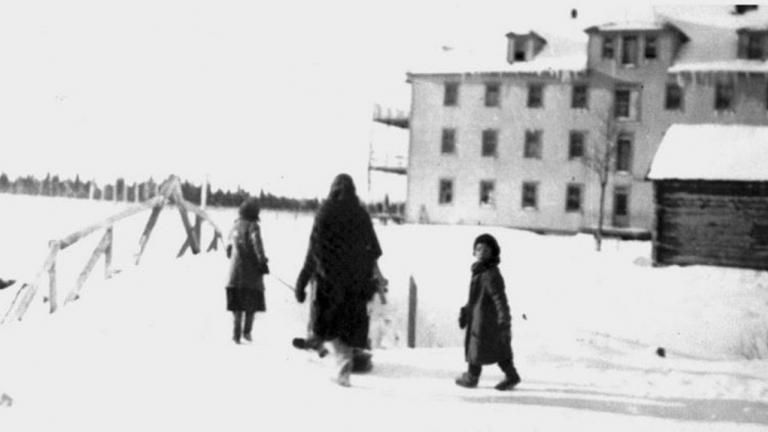