How the WHO meat advisory affects farmers and food processors

By Tim Alamenciak - Published on October 28, 2015
Pork and beef farmers and meat processors are facing new health questions about the food they produce.

Your bologna isn’t trying to kill you, but screaming headlines in the wake of the World Health Organization ruling on processed meats might have people believing otherwise.

This week the agency classified processed meats as a Group 1 carcinogen, and red meat as a “probable” cause of cancer. The move prompted waves of news coverage grappling with what these classifications actually mean. Toxic substances such as tobacco smoke, diesel exhaust and asbestos are also listed as Group 1 carcinogens — but so too are sunlight, sawdust and making furniture as an occupation.

The Group 1 classification recognizes that an association between processed meat and cancer has been found, but doesn’t pass any judgment on the strength of the connection. Group 2A, where red meat falls, recognizes a probable connection. For individual eaters, the ruling may mean thinking carefully about how much meat is in their diets. But for an industry already fighting off health concerns, climate change and worry over antibiotics or hormones, the ruling adds another challenge for pork and beef farmers and meat processors.

“I see today's call as one of the biggest threats our livestock industry will face moving forward,” says Sylvain Charlebois, professor at the University of Guelph’s Food Institute. “That and climate change.”

The WHO’s International Agency for Research on Cancer conducted an analysis of more than 800 studies into the connections between processed and red meat and cancer. It found that eating 50 grams of processed meat per day could increase one’s risk of colorectal cancer by 18 per cent.

Dr. Yoni Freedhoff, founder of the Bariatric Medical Institute and assistant professor at the University of Ottawa, says it’s going to take more than a day’s worth of news to change peoples’ diets.

“Maybe as part of a much larger picture, this will have an impact — but I’ll believe it when I see it. I don’t see the direct connection between newspaper headlines however sensational and a sustained lifestyle choice,” says Freedhoff.

He points out that the World Cancer Research Fund has already come out with advice for limiting consumption of red and processed meat.

“I think that any reduction that we’re going to see is going to be in a very small subset of individuals who are paying very close attention to this kind of thing,” says Freedhoff. “I don't think anybody out there is confusing hot dogs with healthful eating.”

“For the short term, I’m not convinced that things are going to change all that much in the western world,” says Charlebois, “particularly because you're dealing with longstanding habits, tastes and culinary traditions that have been anchored into our way of life.”

The WHO statement says that the risks must be balanced with the nutritional value of meat. For many it is a staple source of protein in their diets.

“These results are important in enabling governments and international regulatory agencies to conduct risk assessments, in order to balance the risks and benefits of eating red meat and processed meat and to provide the best possible dietary recommendations,” writes Christopher Wild, director of the International Agency for Research on Cancer, the WHO division that handles the disease.

Charlebois says the ruling could discourage emerging markets where hot dogs are not yet a staple of ball games and picnics. It’s significant to Canada, he says, as the livestock industry is focusing its growth on strengthening exports to emerging markets.

“Climate change will affect the supply side of the industry — how you produce and how effective you are. On the other hand, on the demand side, the case is getting weaker for all sorts of reasons including health,” he says. Droughts from climate change pressure water supplies essential to raising livestock, while increasing temperatures can lead to heat-wave related deaths.

“If emerging markets are hearing the scientific community saying that these products may not be good for you and beef and pork aren't necessarily embedded in their culinary traditions for decades and centuries that could present a significant risk for our livelihoods here.” 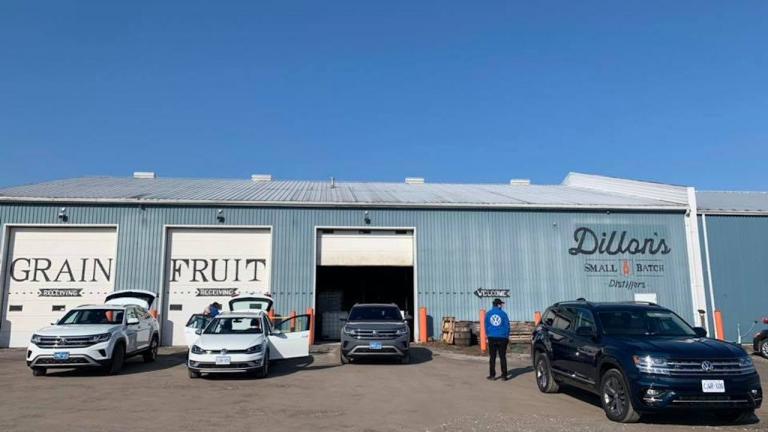