How the Kaiser ended up ‘helmet first’ in an Ontario lake

In recent days, protesters in the United States have torn down or defaced statues of Confederate army leaders, and there have been moves to rename schools, institutions, and army bases named after controversial historical figures.

Statue-toppling and name-change debates are nothing new, however, for residents of Kitchener, a city that grappled with both during the First World War.

Kitchener used to be called Berlin, a reflection of its large German population. German was spoken in schools, businesses, churches, and institutions throughout the community.

“By the 1880s, Berlin was Canada’s ‘German capital,’ and, like Germany itself, Berlin’s economic success was widely attributed to the industry and community pride of its people,” write John English and Kenneth McLaughlin in Kitchener: An Illustrated History.

On August 13, 1897, proud Berliners unveiled a bronze bust of Kaiser Wilhelm I in downtown Victoria Park. Wilhelm I served as the first emperor (Kaiser) of Germany after it emerged as a unified nation in 1871.

Roughly four feet tall and weighing 150 pounds, the bronze bust had been shipped from Germany. It featured a fearsome likeness of the Kaiser, complete with spiked helmet and droopy mutton-chop sideburns. The bust was placed on a granite monument that also featured bronze medallions depicting Helmuth von Moltke (Prussian Army chief of staff) and Otto von Bismarck (first chancellor of modern Germany).

Berlin continued to grow while retaining its Germanic heritage. The 1911 Census of Canada found that nearly three-quarters of the 15,196 residents listed in Berlin were of German descent.

In late July 1914, the First World War broke out in Europe. Great Britain, France, and Canada found themselves pitted against the forces of Germany and the Austro-Hungarian Empire. The city of Berlin, Ontario, and its public monuments suddenly came under intense scrutiny.

Sometime late on Saturday night, August 22, or early the next morning, vandals ventured into Victoria Park and used a rope to yank the Kaiser bust off its granite foundation. They carried the bust to a bridge and tossed it into Victoria Park Lake.

People out for a Sunday morning stroll in the park noticed the bust was missing and contacted police. Parts of the lake were dragged, but nothing was found. It was thought that someone had absconded with the Kaiser bust.

Around 10 a.m., the case was cracked. A local resident told police they had “heard a tremendous splash of water coming from the vicinity of the bridge at about two o’clock Sunday morning and saw three men disappearing into the bush soon after,” reported the Waterloo Chronicle Telegram.

A constable climbed into a small boat and was rowed to the vicinity of the bridge by the park boat-keeper. There, they found the Kaiser bust embedded “helmet first” on the bottom, continued the Telegram.

The bust was fished out with a chain borrowed from the park boathouse. It was cleaned off and then given to the Concordia Club, a local German-Canadian society, to keep safe and out of sight.

Even though Canada was at war with Germany, the Kaiser bust-dunking was widely denounced.

Berlin mayor William Euler “considered the deed one of the most outrageous ever committed in the city,” wrote the Waterloo Chronicle Telegram.

“This attempt to cause racial strife in Berlin was strongly resented by the majority of people who visited the park on Sunday,” added the Telegram.

The Berlin News Record called the vandals “maliciously inclined persons” who should be “very seriously dealt with.”

Police sleuths determined that three young men — Allan Smith, John Ferguson and Fred Bolton — had been responsible for the vandalism. The trio, all between 17 and 20 years old, were arrested and taken to court. On August 27, they pled guilty to damaging property in a public park. It’s unclear whether they were sentenced in any way for their crime. The young men’s intent was also murky: some regional historians say that the Kaiser bust-dunking was a youthful prank, not a political act. Even so, the aftermath of the dunking was far from amusing.

On February 15, 1916, rowdy Canadian soldiers from the 118th Battalion forced their way into the downtown headquarters of the Concordia Club in search of the Kaiser bust.

“After completely wrecking the interior of the hall, the piano and remaining furniture were thrown out of the windows to the street three floors below, where everything was gathered in a pile and burned while the boys danced wildly about singing, ‘We Will Never Let the Old Flag Fall,’” reported the Toronto Daily Star.

Police did nothing as soldiers mockingly paraded the Kaiser bust around downtown streets. Troops urinated and spat on the stolen bust and abused it with sticks before taking it to their barracks. Soldiers from the same battalion visited the original Kaiser monument to steal the medallions depicting Bismarck and Moltke.

In a statement published on the front page of the Berlin News Record, officials from the Concordia Singing Society (a musical branch of the Concordia Club) stoutly denied that their organization was a hotbed of German nationalism. Not only did the Boy Scouts sometimes use the Concordia Club facility, but the hall contained a portrait of King George V of the United Kingdom, “with two small British flags on the top,” noted the statement.

Such protests were in vain; an official investigation essentially blamed the Concordia Club for having inflamed passions by being insufficiently patriotic. Members of the invading mob were never punished for their actions.

Given these developments, Berliners approved a referendum that May to change the name of their besmirched city. On June 22, the Berlin News Record published a shortlist of replacement names put together by city council: Benton, Keowana, Adanac, Corona, Brock, and Kitchener. The last entry was in honour of Herbert Kitchener, aka, Lord Kitchener, Great Britain’s secretary of state for war (whose moustachioed, finger-pointing image was used for a famous recruitment poster). Kitchener had recently drowned, along with hundreds, when a ship he was on hit a sea-mine in the waters off Scotland.

In a follow-up referendum, citizens selected Kitchener as their new name. The city was officially renamed on September 1, 1916.

The name change initially did little to soothe the anger of the city’s critics.

In early 1917, a shrill rant published on the front page of the Toronto Daily Star said that young men from the city were finding “devious ways” to get back to Germany to fight for the Fatherland.

“Canadian graves in Flanders are probably filled by men who fell under bullets fired by German reservists from ‘Berlin’ Ontario,” snapped the Star, without offering any proof.

There were voices of moderation, too: “Berlin seems to be loyal enough and the rest of the country should leave it alone,” editorialized the Globe during the name-change debate.

The trio who tossed the Kaiser bust into Victoria Park Lake all joined the Canadian military. John Ferguson was reportedly killed in action in late October 1917.

As for the Kaiser bust itself, no one is sure what happened to it. There is speculation that the 118th Battalion took it with them when they were transferred to a new training camp in London, Ontario. From there, its fate is unknown.

Over the decades, people claimed to have spotted the Kaiser bust in garages, basements, and backyards. Such reports were almost certainly false. Other rumours suggest that the bust was melted down by the 118th Battalion and turned into napkin rings, complete with the unit’s crest on them.

The most plausible outcome is that the bronze bust was donated to a wartime scrap-metal drive in London, say regional historians. If true, the metal in the bust was recycled and used for new purposes.

In recent decades, Kitchener has reclaimed its Germanic roots; since the late 1960s, for example, the city has hosted an Oktoberfest celebration. Now the largest event of its kind in North America, Kitchener’s nine-day autumn bash celebrates beer, sausages, polka music, and German heritage.

There have been new protests against public monuments in the region. A statue of Sir John A. Macdonald in Baden, a community near Kitchener, was twice doused in red paint this June, apparently to highlight Macdonald’s brutal treatment of Indigenous people.

And Kitchener is currently going through a revived name-change debate.

A petition has been launched on Change.org to rename the city. As petitioner Nick Roy points out, Kitchener was a controversial figure who led Imperial British military actions in the Sudan and instituted concentration camps during the Boer War. As of June 26, some 668 people had signed the petition — putting it well on its way to meeting a target of 1,000 signatures. 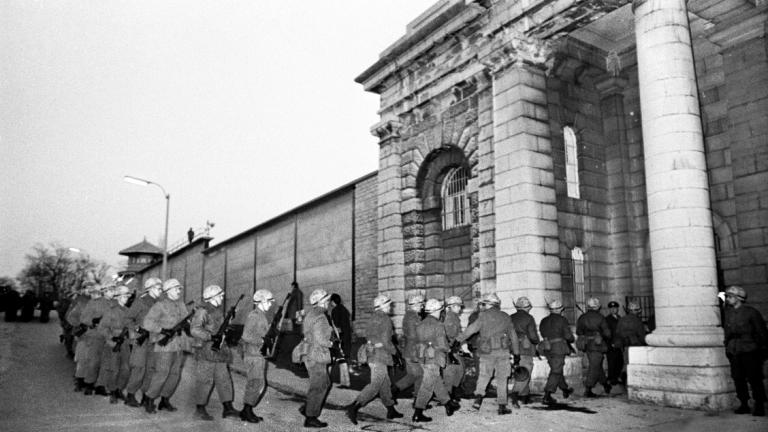