How the election could change the course of Peterborough's highway saga

Advocates for the long-promised Peterborough Parkway hope a new government will bring it back to life
By Will Pearson - Published on Jun 06, 2018
Peterborough has debated extending the Parkway for 70 years and now that traffic in the city is becoming worse, the issue is emerging again. (Canadiana/wikimedia.org)

PETERBOROUGH — The notion of extending Peterborough’s Parkway has languished in the city’s plans for more than 70 years. The north-south arterial road currently dead-ends after about two kilometres, but the mayor and other local politicians would like to see it cut through the heart of the city and connect Peterborough’s north end with Highway 115 in the south to improve the city’s worsening traffic congestion.

The city has corridors of green space set aside for construction along the remainder of the proposed route, which is about 10 kilometres long. Supporters of the extension say the obstacle to completing these plans has been the government: last year, with the Liberal Party in power, the province was accused of stymying the most recent effort to revive the controversial Parkway project by ordering a full environmental assessment (EA) before it could proceed. Some members of Peterborough city staff and council say the EA order was politically motivated.

Supporters and opponents alike will watch the provincial election results closely on Thursday night. With a change in government expected after the June 7 election — even Liberal leader Kathleen Wynne herself has conceded she won’t return to Queen’s Park as premier — residents of Peterborough are questioning whether the next government will revisit the decision to require an EA along the whole Parkway route, a move that some local politicians view as a regulatory overreach.

Extending the Parkway north through the city has been one of the most divisive issues in recent memory in Peterborough. Supporters say the road is needed to relieve traffic congestion, especially as the city grows. The 407 Express Toll Route highway is being extended eastward, and is expected to connect to Highway 115 south of Peterborough by 2020, bringing more cars from the Greater Toronto Area. Residents in the city’s north end say increased traffic has caused drivers to use residential streets as thoroughfares. On the other hand, Parkway opponents say its environmental impact would be too high — the road could pass over a significant park in the city’s north end — and that Peterborough needs to prioritize other forms of transportation.

In 2003, a majority of referendum voters opposed extending the Parkway, but because turnout was less than 50 per cent, the municipality said the results weren’t binding, and city council has pursued the project since then.

Ontario’s Ministry of the Environment and Climate Change denied Peterborough’s application for the project in 2016, requiring a full EA of the Parkway instead.

“This is a sad day for progress in our city,” Mayor Daryl Bennett said at the time. “The citizens of the city will need to reflect upon this decision as we move into the next election cycle.”

Ministry staff originally didn’t recommend the full EA for the Parkway. A 2017 report from Peterborough city staff said documents obtained through freedom-of-information requests revealed that ministry staff were satisfied with Peterborough’s application and were prepared to approve the project. It wasn’t until then-environment minister Glen Murray intervened that the EA was ordered.

“I think the application should have been allowed,” says Dave Haacke, city councillor and Parkway supporter. “We know for a fact that the deputy minister of the environment and the environment ministry itself recommended approval of our application for the Parkway.”

After Murray resigned from cabinet last summer, Mayor Bennett lobbied the government for permission to build sections of the Parkway without completing the EA. He was unsuccessful. Even small, less-controversial improvements to intersections along the Parkway route are prohibited until an EA is completed, at an estimated cost of between $500,000 and $6 million.

Peterborough city councillor Henry Clarke hopes a new provincial government will take a different approach to the Parkway extension. He can envision a Progressive Conservative government smoothing the way. “With the [Liberal] government, the environment is being given an absolute top priority and that has made it very difficult to move forward with some of our projects,” Clarke says.

Cameron Douglas, a Parkway opponent with the Peterborough Greenspace Coalition, says the outgoing Liberals were right to require an EA for the project. “[They] had all kinds of grounds for making that decision, not the least of which [the Parkway] is hugely controversial,” he says.

Douglas says “there’s always a chance” the decision to require an EA along the whole Parkway route could be changed, but he hopes the previous decision “would be honoured.”

Peterborough—Kawartha NDP candidate Sean Conway has argued that Doug Ford’s comments about allowing development in the Greenbelt — which Ford later retracted — suggest the PC leader might consider allowing the Parkway to be built on some of Peterborough’s green space as well. “I would not be surprised if the PCs wanted to throw out the necessity of EAs, specifically referring to the Parkway,” Conway says.

Neither Jeff Leal, the former sitting Liberal member for Peterborough—Kawartha, nor PC candidate Dave Smith, made themselves available to TVO for comment. But at a local candidates’ debate last week, Leal defended Murray’s decision, saying Peterborough needs to follow provincial rules if it wants to get the Parkway built. Smith was not present at the debate.

Conway says active transportation and public transit are better solutions to traffic congestion in Peterborough than the Parkway. “A lot of what the Parkway is about is single-vehicle traffic 20 or 30 years from now,” Conway says. By that time, “we want to make sure there are less cars on the road.”

Conway says the NDP’s plan to share the costs of public transit with municipalities, along with the party’s plan to encourage active transportation, will help to resolve the issues the Parkway was meant to address.

No matter who forms the next provincial government, Councillor Clarke says the city will seek more clarity about what can and can’t be built along the Parkway route. “Until we know the lay of the land,” Clarke says, “we don’t know where we can go.”

Will Pearson is a freelance journalist based in Peterborough.

Will Pearson
Description
Will Pearson is a freelance journalist based in Peterborough.
Follow @quillpearson
× 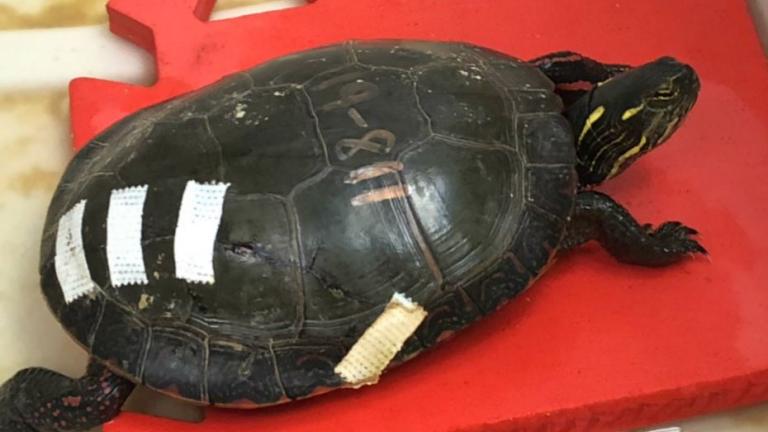